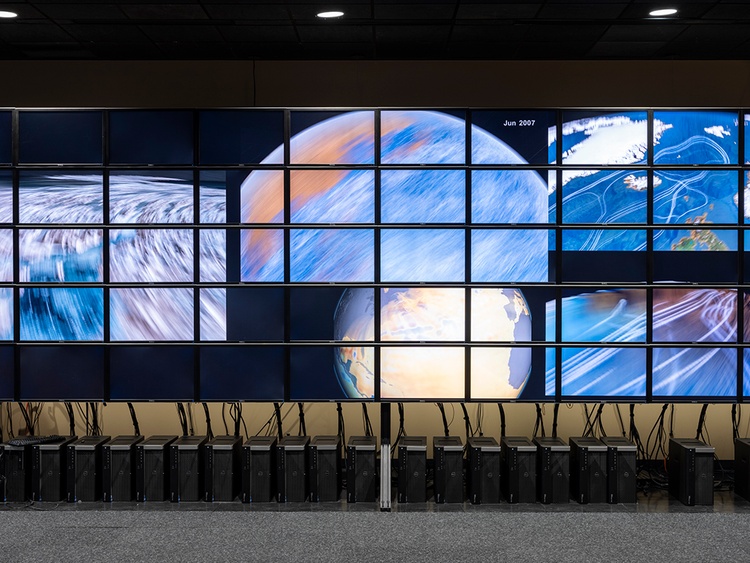 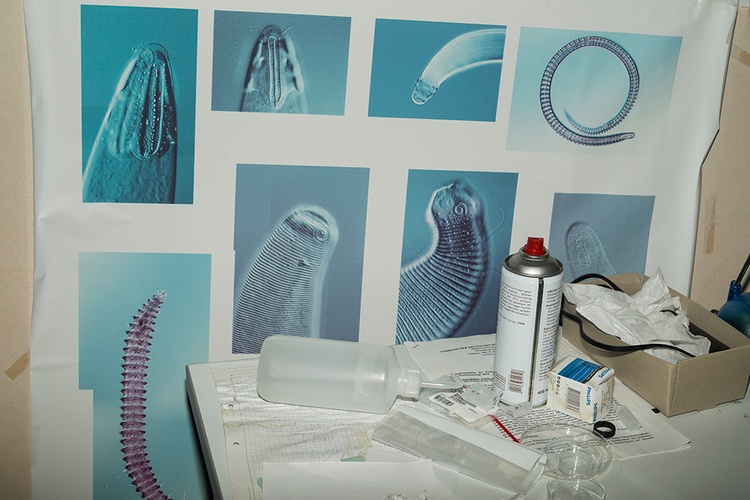 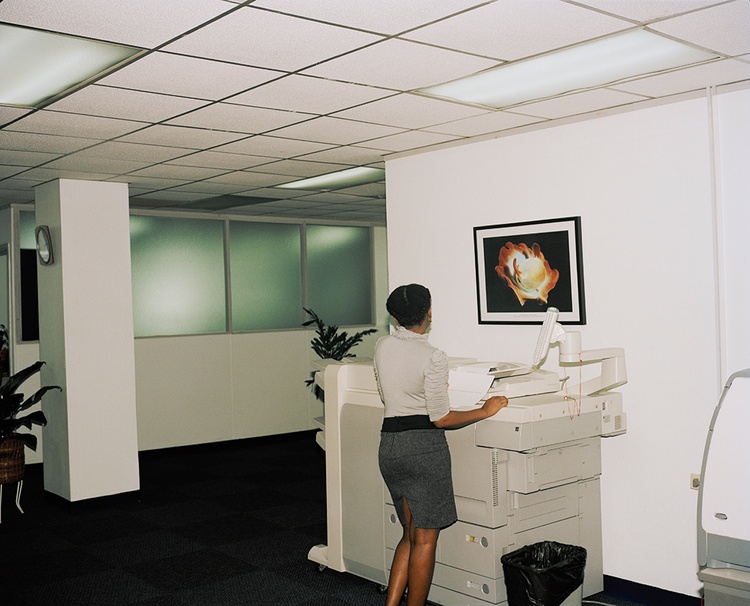 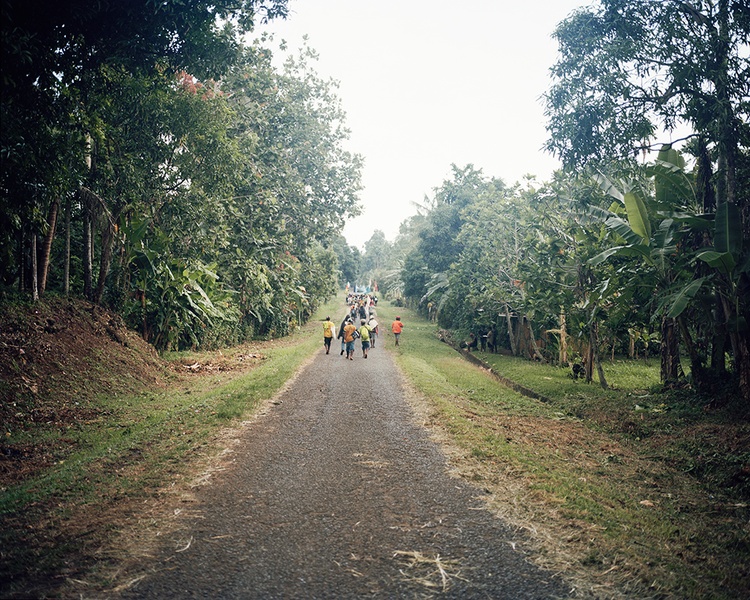 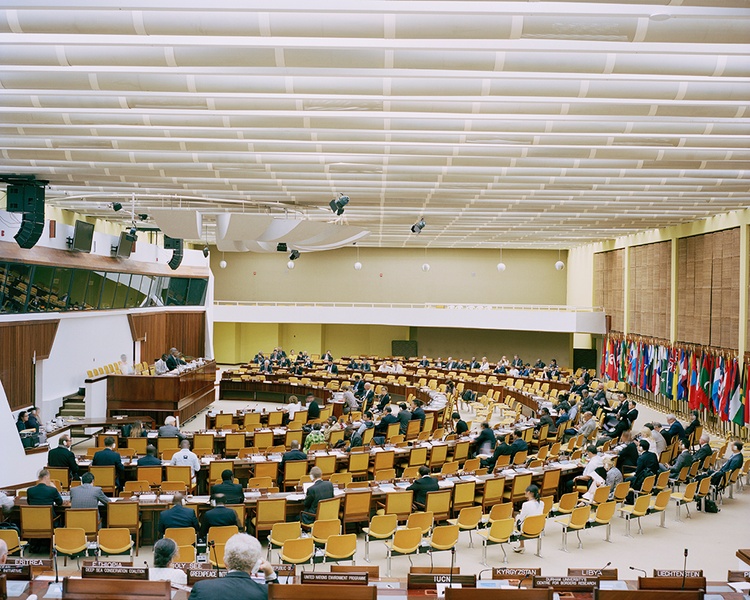 THE EXHIBITION PROSPECTING OCEAN HAS BEEN POSTPONED AND WILL BE RESCHEDULED FOR 2021.
Columbia GSAPP is pleased to present Prospecting Ocean by Armin Linke, a multimedia artistic research project that investigates the technocratic entanglement of industry, science, politics, and economics at the frontiers of ocean exploration. The exhibition features Linke’s archival research, photography, and films, including behind-the-scenes footage at leading oceanographic research institutions and at sea. Prospecting Ocean is on view at GSAPP’s Arthur Ross Architecture Gallery from March 26 through June 27, 2020.

In Prospecting Ocean, Linke scrutinizes the administration of the oceans and exposes the simultaneous fascination with and alienation of modern technologies that map, visualize, and exploit resources in the sea. The research was initially made possible by Linke’s participation in TBA21–Academy’s fellowship program The Current. The centerpiece of the exhibition is the title film, Prospecting Ocean, a cinematic journey that traverses United Nations assemblies, international law conferences, marine research centers, deep sea mining companies, gatherings of decision-makers that are usually closed to the public, as well as activist meetings in Papua New Guinea. Through a series of photographs, a selection of critical texts and key documents, and filmed interviews with marine biologists, geologists, policymakers, legal experts, and activists, Linke further grapples with the tensions between the ecological protection and exploitation of our oceans. Together, the materials invite viewers to consider the implications of oceanic excavations and resource extraction for both the environment and local economies and cultures.

Prospecting Ocean was first presented in 2018 at CNR-ISMAR–Istituto di Scienze Marine in Venice, and was commissioned and produced by TBA21–Academy. For his exhibition at Ross Gallery, GSAPP has invited Linke to develop a new chapter of his project that is based on his research at the Lamont-Doherty Earth Observatory at Columbia University and the Woods Hole Oceanographic Institution in Woods Hole, Massachusetts. This chapter expands his project by introducing new material on seafloor mapping, autonomous underwater vehicles, and emerging policies on biodiversity.

The exhibition Prospecting Ocean is accompanied by the half-day symposium Frontiers in the Oceanic Anthropocene (March 27), organized by Columbia GSAPP and co-presented by GSAPP Exhibitions, the Columbia University Earth Institute, and the Lamont-Doherty Earth Observatory. Both the exhibition and symposium contribute to Columbia University’s Year of Water initiative—an interdisciplinary investigation of water in all its social, political, cultural, economic and environmental complexities.

About Armin Linke
For over twenty years, Armin Linke has explored the question of how humanity uses technologies and knowledge in order to transform the surface of the earth and adapt it to its needs. His films and photographs document human-made changes on land, at sea, and throughout the entire biosphere. Linke was Research Affiliate at MIT Visual Arts Program Cambridge, guest professor at the IUAV Arts and Design University in Venice and professor for photography at the University for Arts and Design Karlsruhe. Currently he is guest professor at ISIA, Urbino (IT) and artist-in-residence at the KHI Kunsthistorishes Institut in Florenz – Max-Planck-Institut. In 2004, Linke’s installation Alpi on the contemporary Alpine landscape won a special prize for the best work in the section “Episodes” at the Venice Architecture Biennale. In 2019, with Image Capital, Linke gained the Kubus.Sparda Art Prize (DE). His installation Carceri d’Invenzione, conceived in collaboration with Giulia Bruno and Giuseppe Ielasi, and curated by Anselm Franke, was the official German contribution to the XXII Triennale di Milano, Broken Nature: Design Takes on Human Survival. His recent project Blind Sensorium. Il paradosso dell’Antropocene has been presented as part of the Matera European Capital of Culture 2019 program.

The exhibition design for the Ross Gallery presentation of Prospecting Ocean is by Andrés Jaque / Office for Political Innovation and graphic design by Willis Kingery.


A book on the project (Prospecting Ocean, 2019) by Hessler, which includes a visual essay by Linke, was recently published by MIT Press and Thyssen-Bornemisza Art Contemporary.