The GSAPP Alumni Board welcomes all alumni, current students, and prospective students to be a part of its mission. We are dedicated to providing support with outreach, mentoring, and dedicated relevant programming to the GSAPP community. With all the challenges that we currently face, we are excited to be a part of a large and extensive network that can foster connections on so many levels. Please reach out to us with comments, suggestions, or opportunities to get involved! 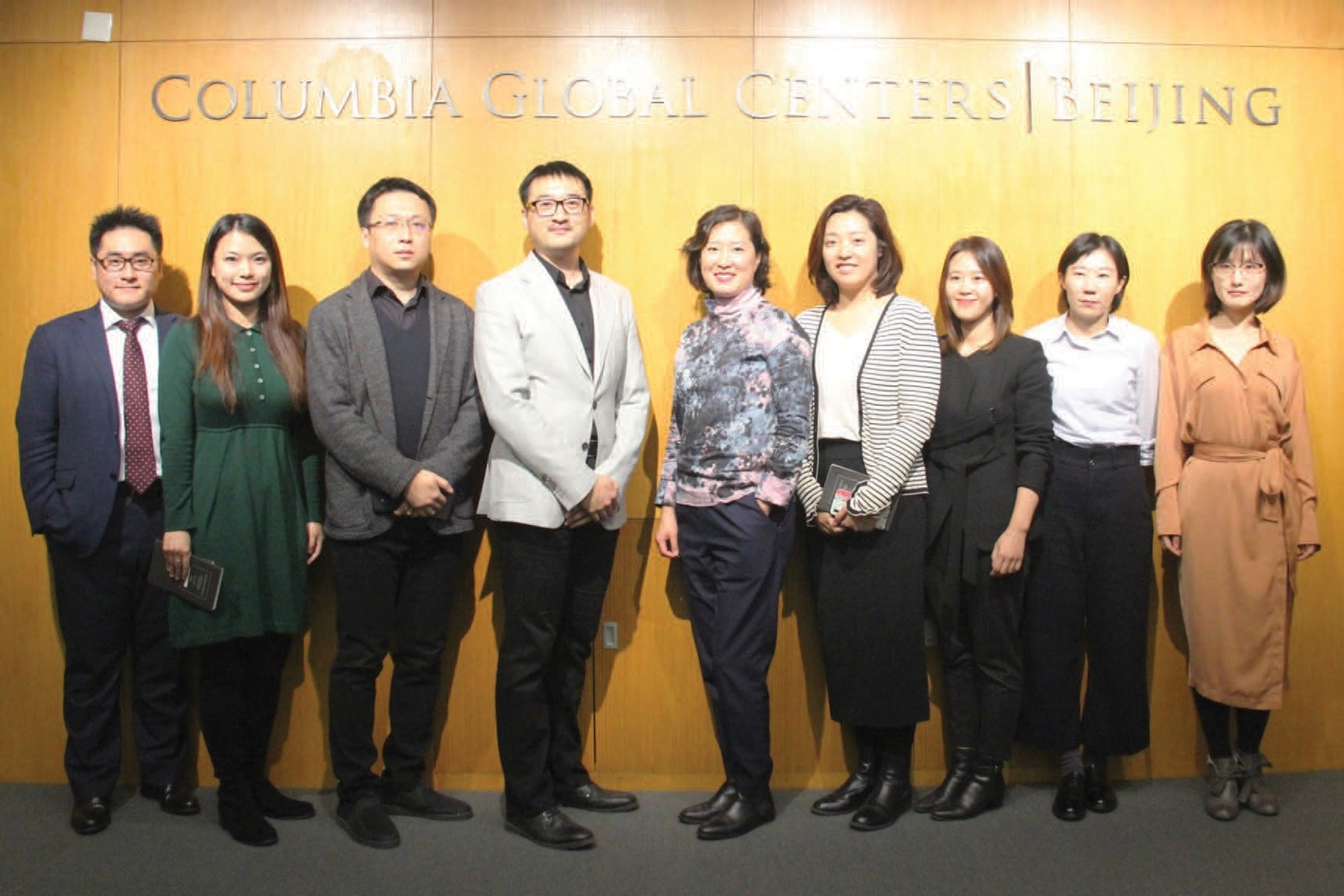 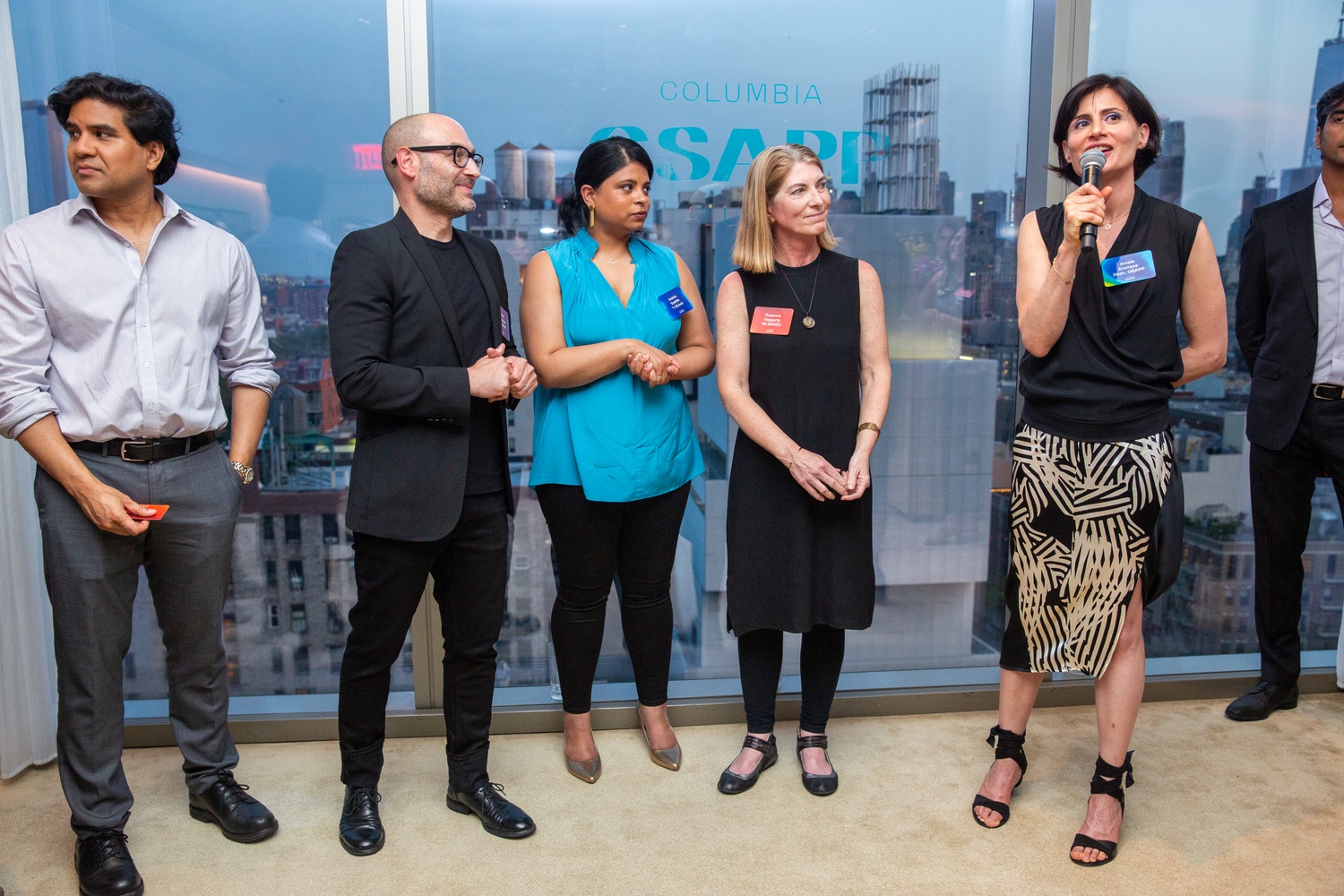 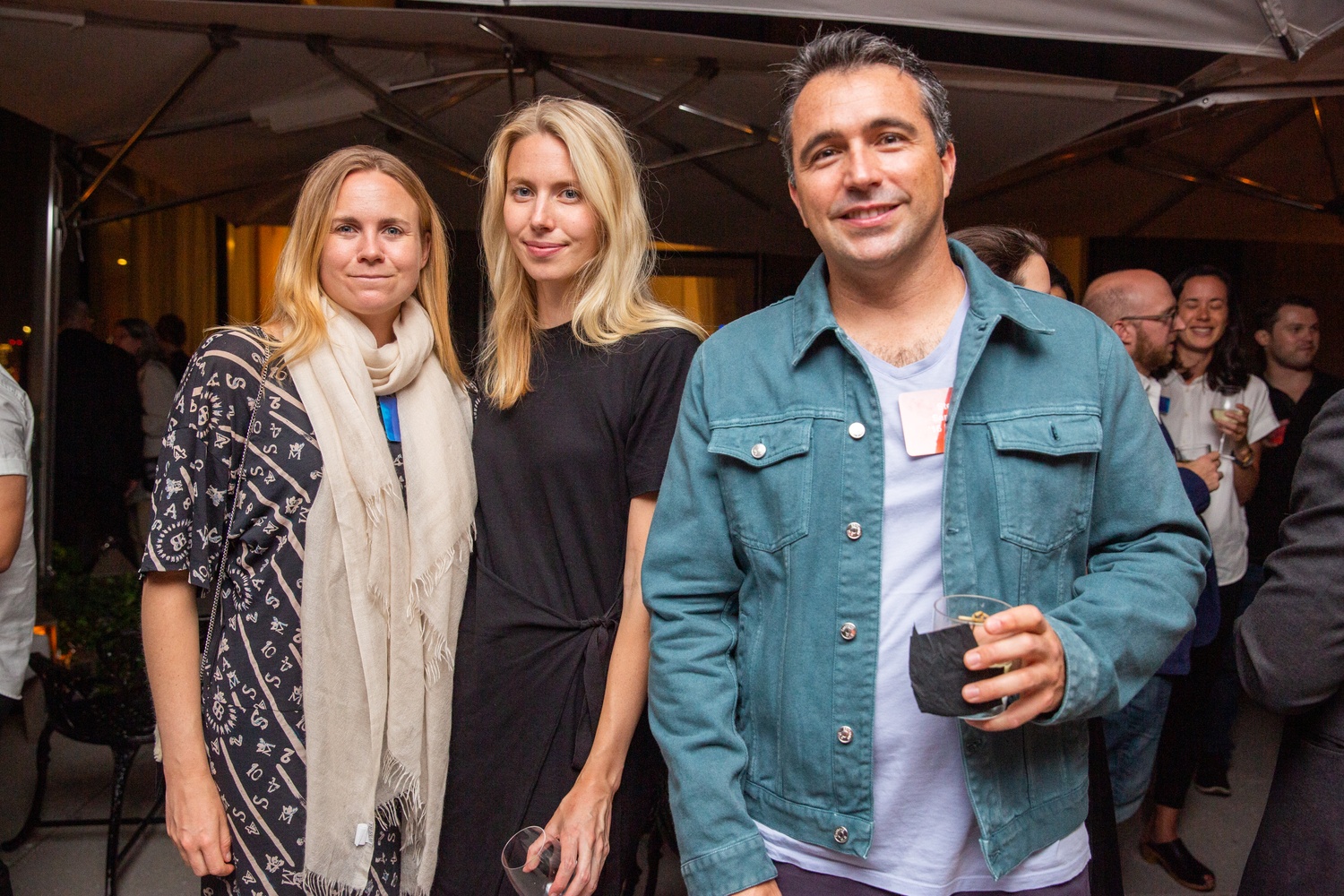 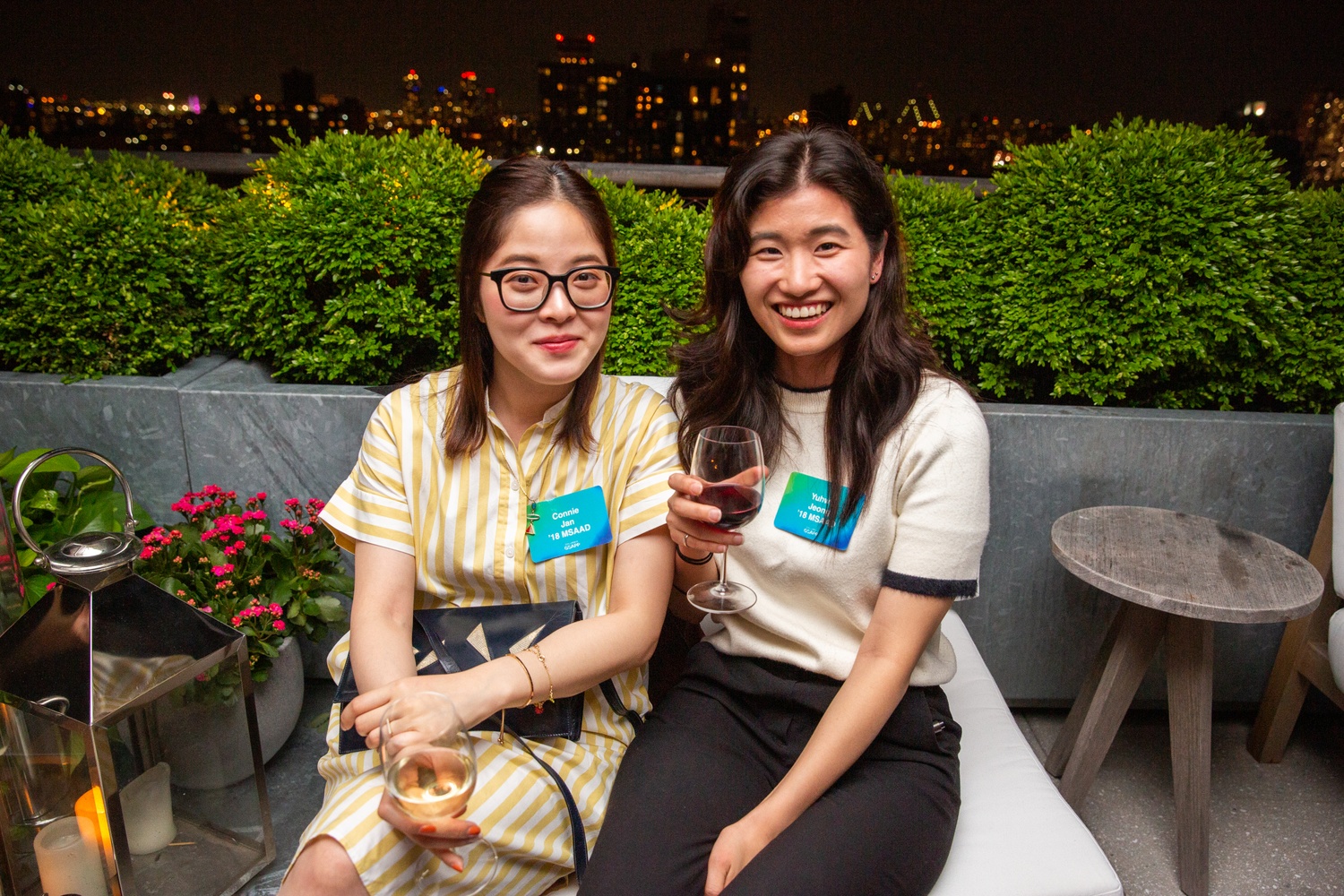 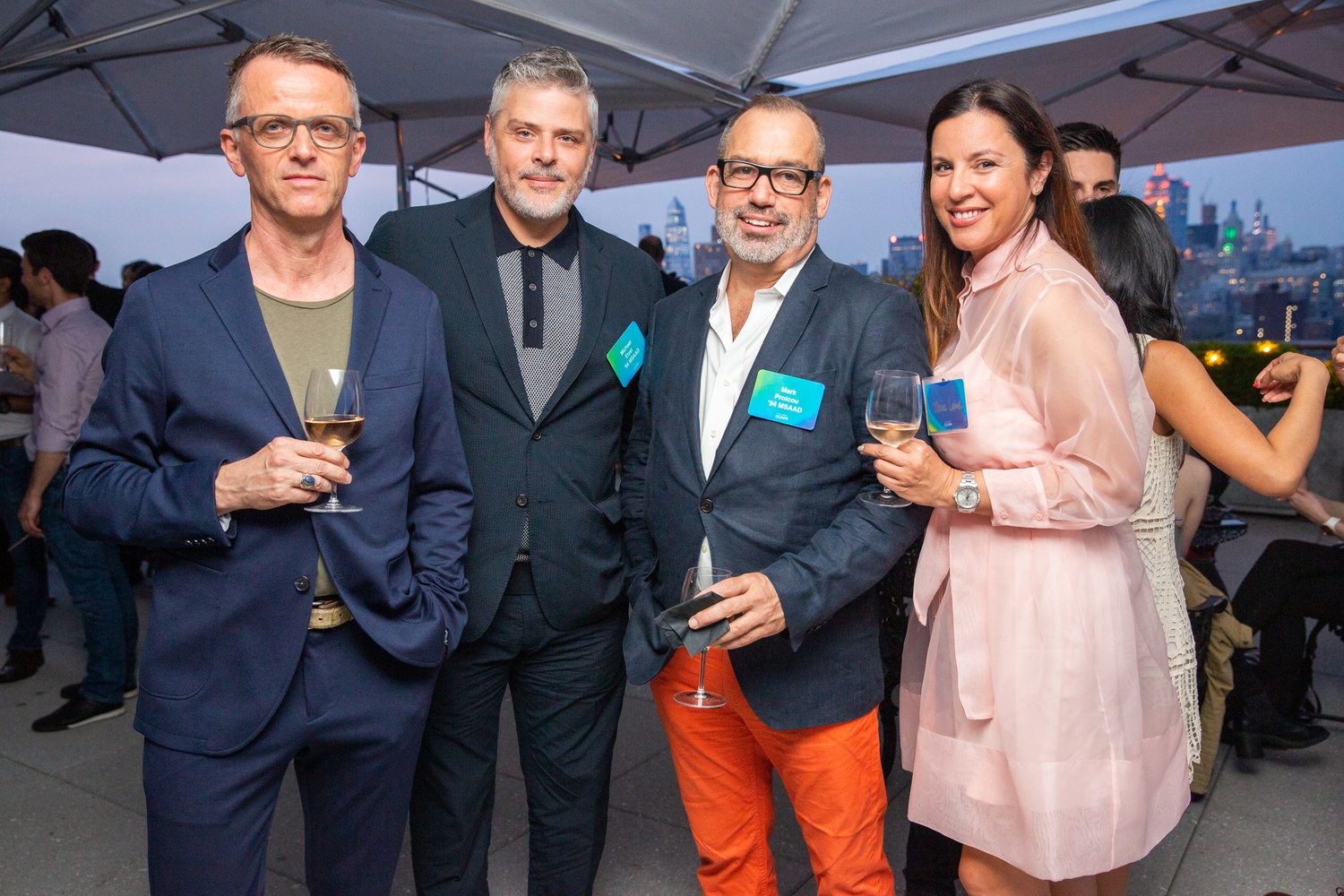 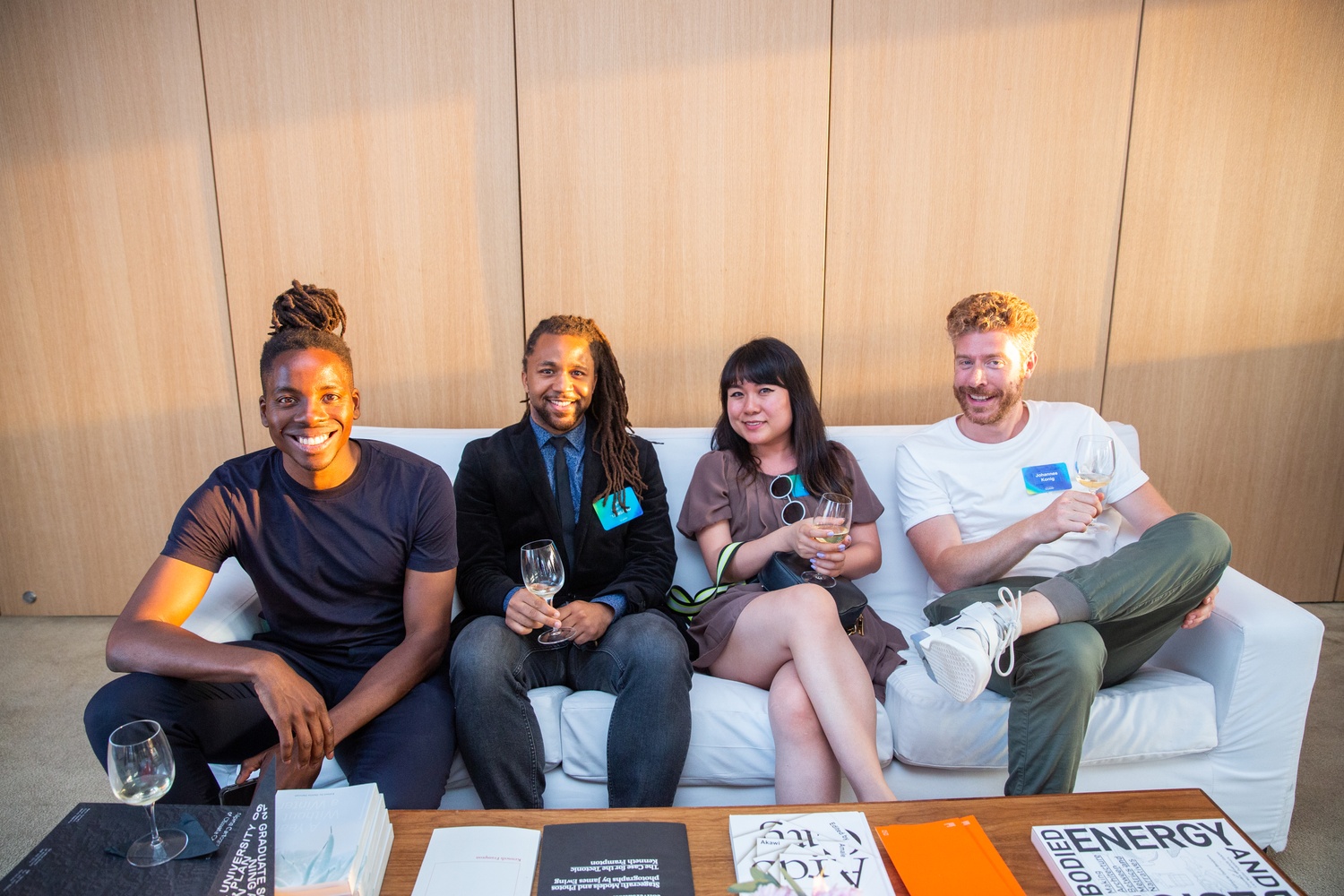 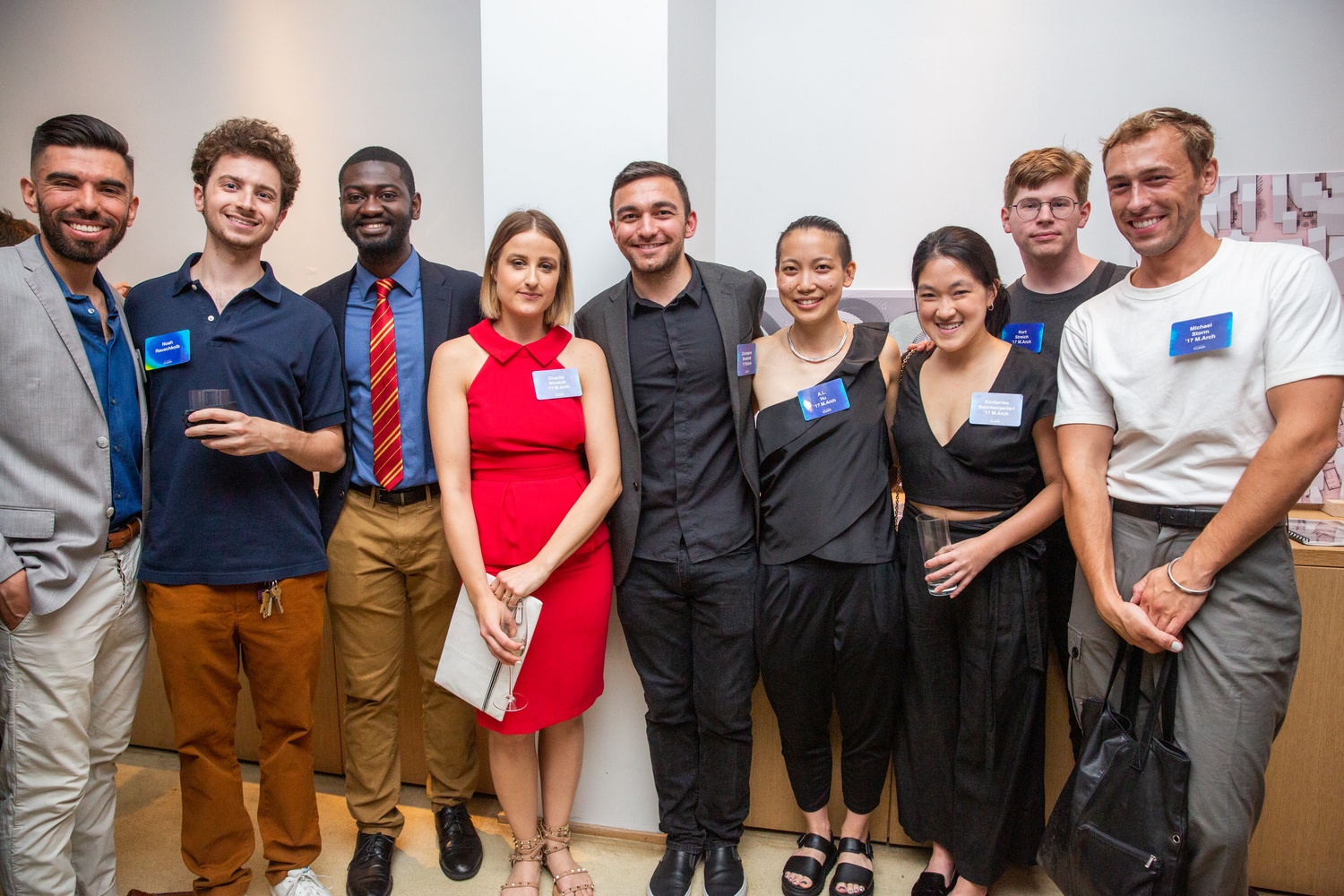 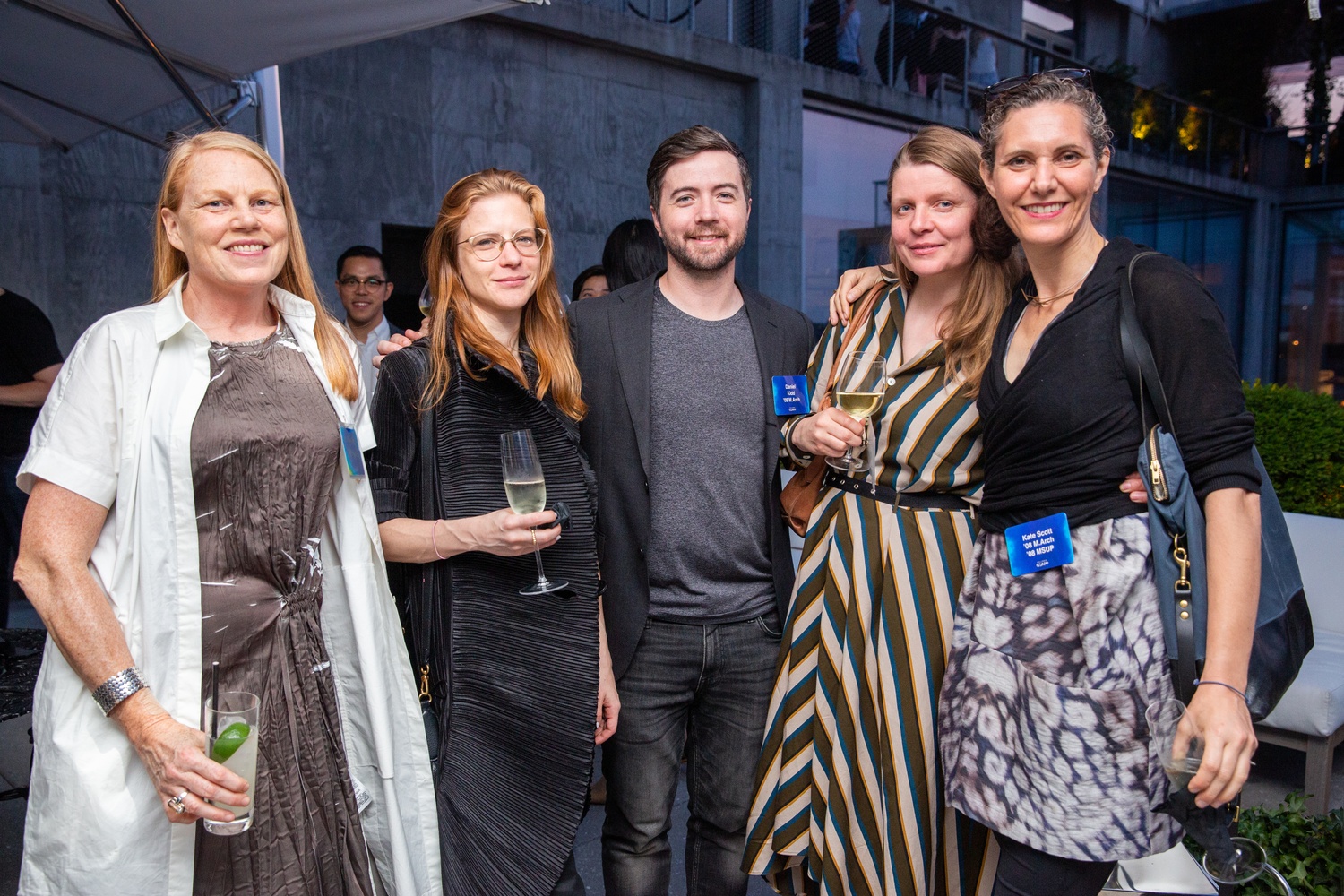 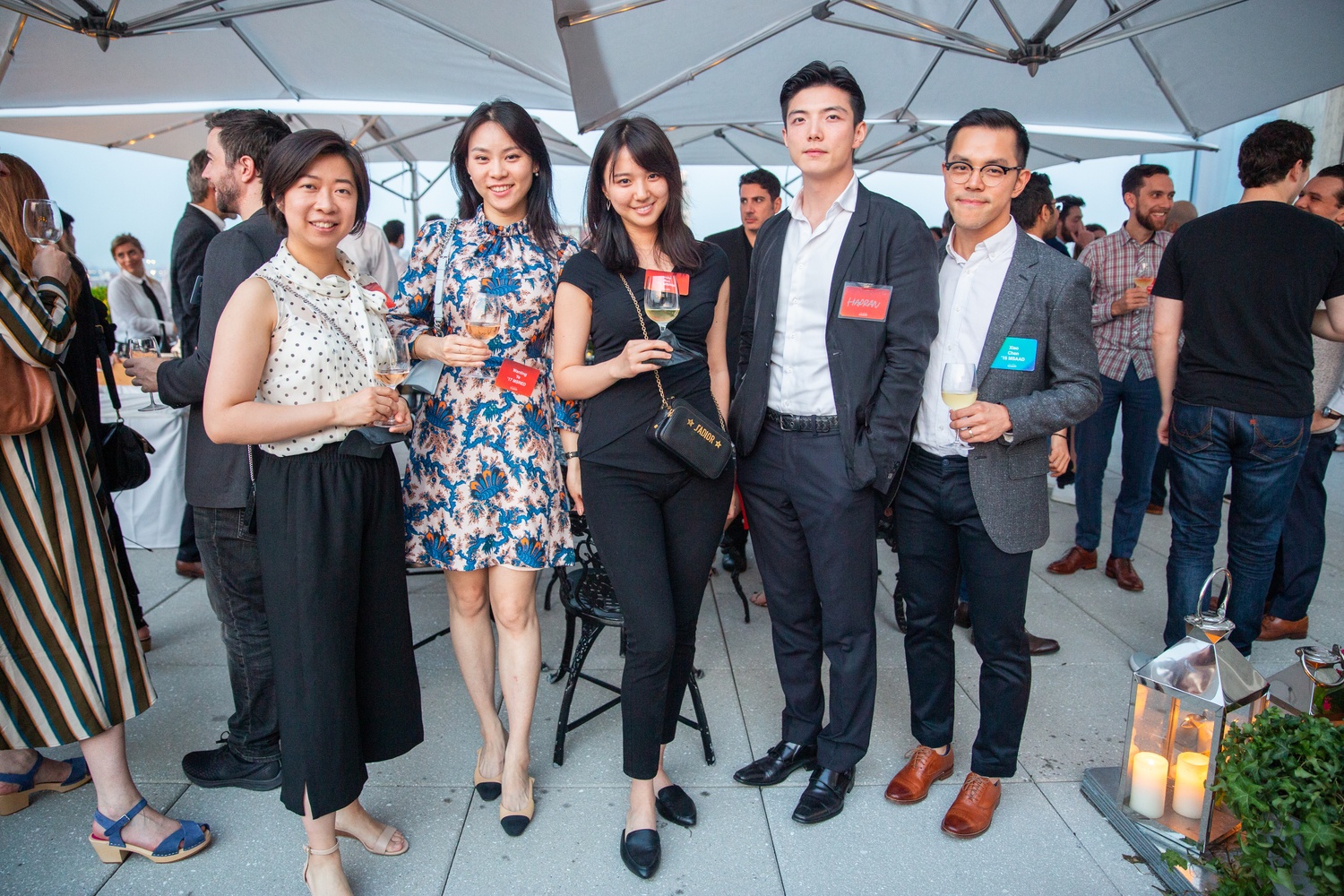 The Columbia GSAPP Alumni Board fosters engagement between alumni, students, potential applicants and the school by:

The GSAPP Alumni Board is supported by the GSAPP Office of Development & Alumni Relations, which was established in 2005. The Office of Development & Alumni Relations is dedicated to building a strong framework for alumni communication, collaboration and networking, and to establishing a strong base of support for the School, its students, and its programs. 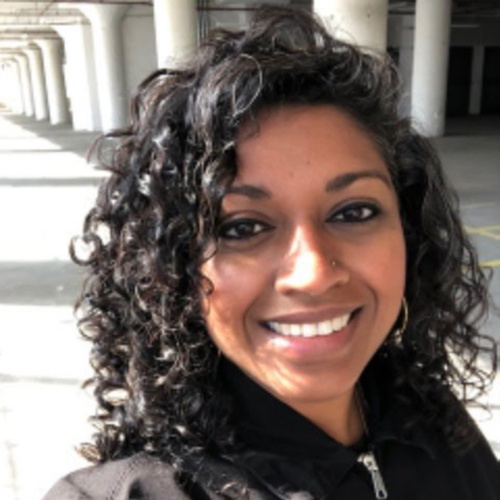 Ruth Benjamin, RA, LEED AP, is the In-House Architect at Industry City – a massive manufacturing and distribution hub from the 1800s that is undergoing a large-scale adaptive reuse development in South Brooklyn. Since graduating from GSAPP, MArch 2010, she has worked on a variety of projects in New York City ranging from landscape design of an elevated park at the World Trade Center complex, affordable housing in the Bronx, institutional master planning studies for NYC DDC, commercial offices in midtown and is currently focused on working with an interdisciplinary team encompassing design, real estate development, and reformation. Ruth has been on the GSAPP alumni board since 2017. 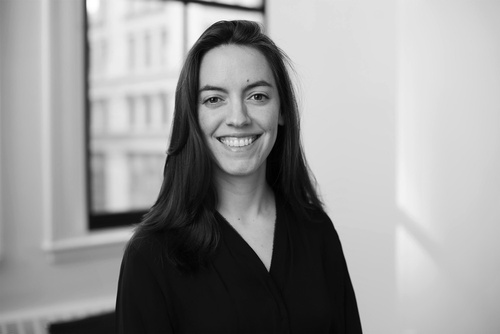 Jennifer Romeo’s work focuses on the planning, programming and design of complex institutional projects across a range of educational and healthcare clients. In particular, she draws upon her prior career as a User Experience Strategist to link space with user needs and create more meaningful spaces where outstanding, innovative and sensitive design can flourish. Jennifer is a committed mentor to students and emerging professionals and is an advocate dedicated to establishing a more diverse, equitable profession. A registered architect licensed in the State of New York, Jennifer led Perkins Eastman’s Women’s Leadership Initiative and has served on the GSAPP Alumni Board since 2017. 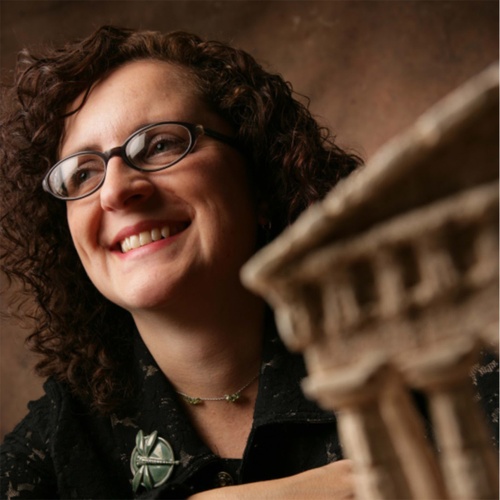 Barbara has worked for the past 30 years as an architect, planner and historian – reinventing and restoring historic and existing buildings. She was elevated to Fellowship in the AIA in 2009 as “the leading national architect and policymaker for the integration of preservation values into green building practices.” Barbara chaired a sustainability graduate program at SUNY FIT and since 2011, her firm, BAC/A+P, has occupied a unique niche in both the historic preservation and green building fields. She is a graduate of the Columbia GSAPP Historic Preservation Program. 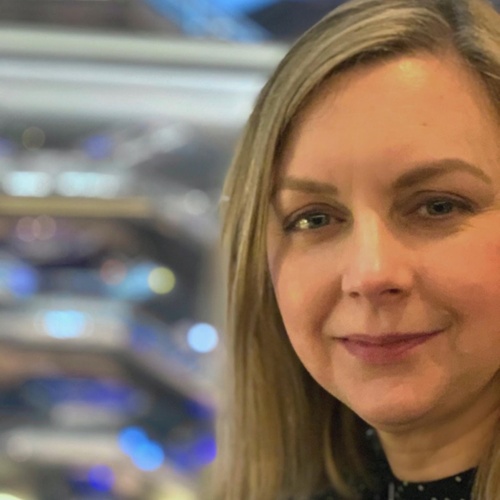 Angela Roberts Cavaluzzi is President of Hudson Yards Development Corporation. In this position, Ms. Cavaluzzi leads design teams as well as public and private stakeholders to design, fund, and construct the public amenities and infrastructure at Hudson Yards including Bella Abzug Park and the #7 Subway extension. She is currently overseeing the design of Phase II of the public park. Angela received a MS in Architecture and Urban Design from Columbia University. She has been an adjunct assistant professor at GSAPP and taught a course titled “All Development is Local”. Throughout her career, she has used her training and experience as a registered architect to implement public design and land use policy. In her roles as NYC Planning Commissioner, Director of the Mayor’s Office of Capital Project Development, and Director of Land Use for the Manhattan Borough President, she builds consensus on issues of innovation and equity in the design of public space, housing and economic development. 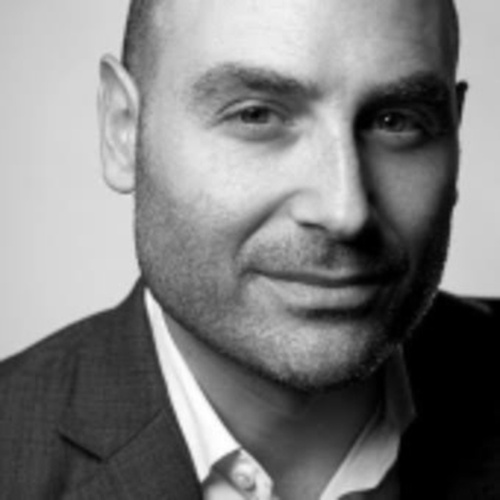 Dean Di Simone is the Co-Founder of Function, a studio working in the field of brand strategy, design and marketing for companies such as Google, Twitter and HBO. Since receiving his MArch in 1999, Dean has spearheaded several design studios including KDLAB and Tender Creative while also launching several consumer-facing brands and acting as Advisor and Investor on other design-led initiatives. Dean is currently working on a documentary series focused on how design shapes the way we live across the globe. Dean has continued to engage academia over the past 15 years in the role of adjunct professor at Columbia University, University of Pennsylvania and Yale University. Dean currently serves as a member of the Columbia GSAPP Alumni Board. 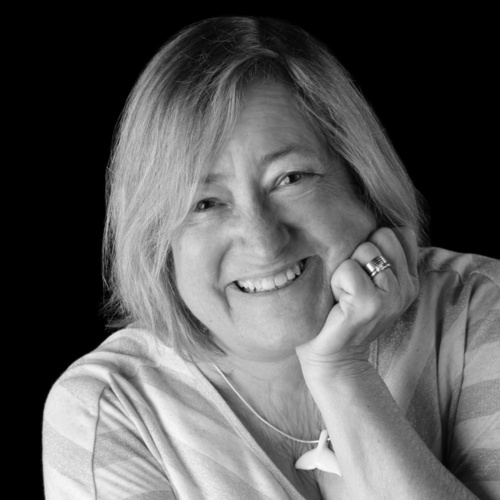 Concerned about improving the built environment, Kate left a career as a public school teacher to veer into architecture and urban planning. Kate’s interest in public spaces and public buildings enabled her to experience the power planners have to influence planning regulations as well as the impacts planners have on improving our neighborhoods, environment, and public health. A computer user since 1979 (before many readers of this bio were born), Kate embraced computer graphics, GIS, database development, CAD and 3D design. Still a teacher at heart, she is passionate about hands-on public involvement, and using “teachable moments” to help non-designers get involved with our profession. One of her proudest accomplishment was leading a band of architects in creating the Snow Sculpture event in 1983 as part of Anchorage Alaska’s winter Fur Rondy event–this community activity was created to encourage architects and contractors to have fun together, while introducing the community to architecture in a fun way with a naturally abundant material! http://www.furrondy.net/events/snow-sculpture-championship 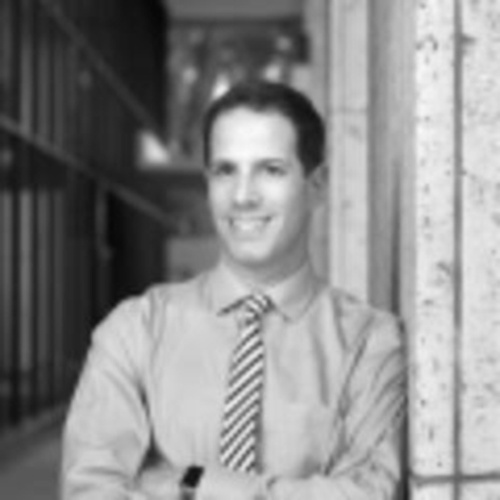 James Kolker, FAIA, LEED AP, is Associate Vice Chancellor and University Architect at Washington University in St. Louis, responsible for stewardship of the university’s campuses, leadership of campus planning, and for the design and development of all capital projects. Prior to his position at WashU, he was a Principal at Venturi, Scott Brown and Associates, where he worked on a wide range of academic and civic projects, including Dartmouth College, the University of California Santa Barbara, Frank Lloyd Wright’s Beth Sholom and Storm King Art Center. He is a board member of Columbia Alumni Association and a member of the Missouri Botanical Garden Visitor Center Steering Committee. In 2018, Kolker was named a Fellow of the American Institute of Architects. 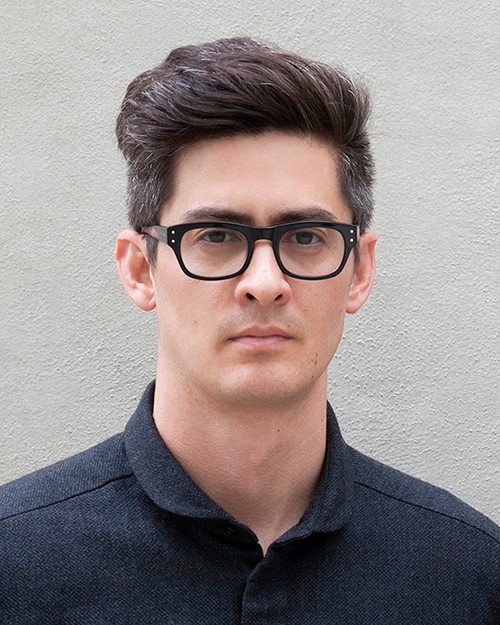 Dominic Leong received his Master of Science in Advanced Architectural Design from Columbia GSAPP, graduating with Honors, and his Bachelor of Architecture from California Polytechnic State University, San Luis Obispo. He has lived and worked in Shanghai, Paris and New York. He is a founding partner of Leong Leong.

The firm has completed a wide variety of projects, including the design of the U.S. Pavilion for the XIV Venice Biennale. Leong has received recognition for his work that includes a Graham Foundation Grant for his interest in the role of research in contemporary architectural education and practice and a grant from the New York State Council on the Arts. In 2007, he was awarded the Architecture League Prize by The Architectural League of New York. He has organized and participated in many conferences and public speaking events, including the conference “Para-theses” at Columbia GSAPP. He has been invited to speak about Leong Leong’s work at a wide range of institutions, including Columbia University, Princeton University, UCLA, Yale University, American Institute for Architects and the U.S. Pavilion at the XIV Venice Biennale. 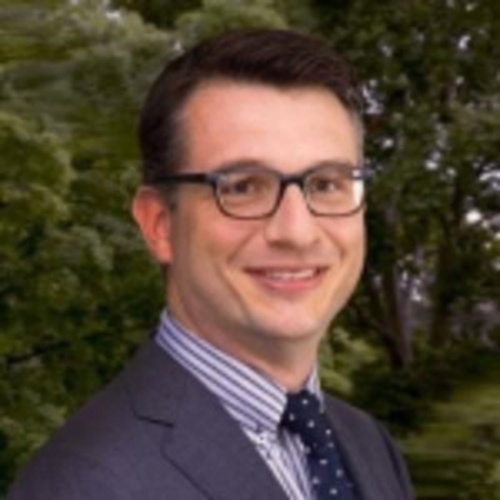 Ryan LeVasseur is the Managing Director of Direct Real Estate at Rice Management Company, the investment arm of Rice University. In this role, Ryan is responsible for investments in strategic real estate development opportunities in Houston. Prior to joining RMC, Ryan was a Managing Director at Hines’ New York development office. Ryan received an MS in Real Estate Development from Columbia University where he was a Kinne Fellow and a Bachelor of Architecture and a BA in Architecture from Rice University. Ryan serves as a member of the Columbia GSAPP Alumni Board and was an adjunct professor at Columbia University teaching a course on real estate market analytics. 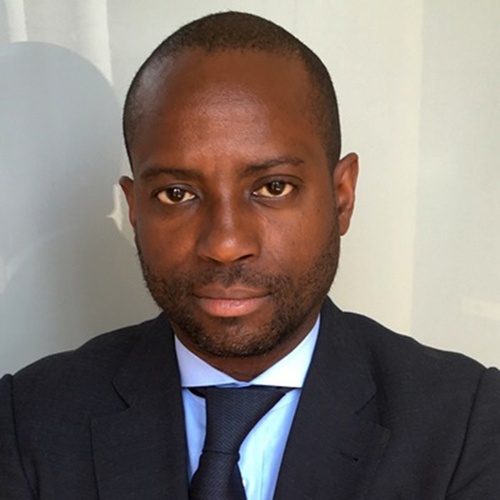 Donald Matheson the principal and founder of Almat Urban an infill and affordable developer in the Tri-state region, has more than twenty years of real estate development and construction management experience. Donald oversees Almat Group’s development and acquisition opportunities. Prior to founding Almat Urban, Donald was a partner at Almat Group and held held positions at Boston Properties, Bovis Lend Lease and Rockefeller Group as a construction manager and project manager for several high profile projects including Times Square Tower, 5 Times Square, 90 Church Street, Gowanus Housing Project and several schools through the New York Metro Area. He has managed the development and construction of over $1.5Billion in real estate development and construction projects. Donald graduated with a Bachelor of Professional Studies in Construction Management from Pratt Institute School of Architecture and a Master of Science in Real Estate Development from Columbia University. He currently serves on the alumni board for Columbia University’s Graduate School of Architecture & Planning Preservation and previously on the GSAPP Real Estate Development Program Task Force. Donald is also a member of NYSAFAH and serves as board chair of African Health Now, a charity dedicated to providing health services to underserved communities in West Africa. 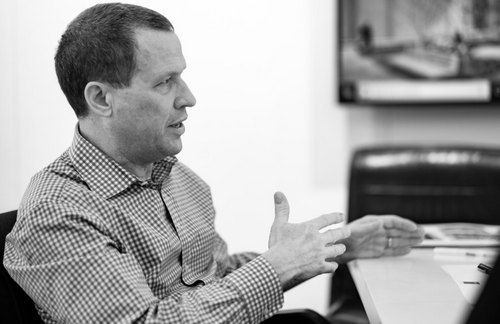 
Dan is an internationally-recognized leader in commercial design for new and redeveloped buildings and managing partner at MdeAS. With nearly four decades of experience, he provides creative, innovative architectural solutions; making him instrumental in the firm’s overall approach to design. His clear commitment to the philosophy of modernism and urbanism enlivens a building’s presence with integrity.

Dan’s effective leadership and design transcends the firm with a reputation for meeting the client’s goals by working closely with them through the design process. Setting a high-standard for craft within architecture, Dan’s eye for detail is reflected in every project he manages. He has worked alongside international developers to oversee the construction of more than 50 million square feet, including the renovation of the GM Building, winner of a 2007 MASterworks Award. “The Cubes,” at 120 West 42nd Street won the AIA’s Award of Excellence of Commercial Large Projects and received the Outstanding Project Award from the GNYCUC. And most recently, 645 Fifth Avenue, Olympic Tower, received Natural Stone Institute’s Pinnacle Award as well as DrivenxDesign’s Gold Award. 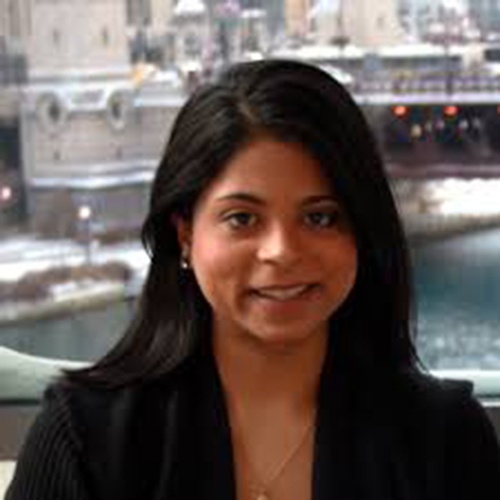 Andrea Sreshta is a co-founder of LuminAID, a company dedicated to innovative renewable energy solutions for humanitarian aid and outdoor recreation. Outreach projects with charitable partners have put donated lights on-the-ground for use in projects in more than 100 countries. Andrea and her partner, Anna Stork, are the inventors of LuminAID’s patented solar inflatable light technology. LuminAID was featured on ABC’s Shark Tank in 2015, received offers from all 5 Sharks, and made a deal with Mark Cuban, the company’s first investor. Andrea holds a B.A. from Yale University, a Master’s in Architecture from Columbia University, and an MBA from the University of Chicago Booth School of Business. Andrea is originally from Houston and now lives in Chicago. 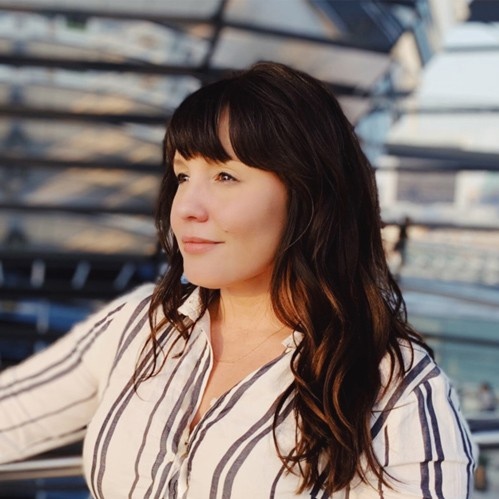 Rachel Lima Villalta is a Senior Associate Principal at Kohn Pedersen Fox (KPF). Over the last 13 years she has worked on some of KPF’s signature projects both globally and locally - from Sao Paulo’s Infinity Tower to the more recently inaugurated and highly acclaimed One Vanderbilt in New York City. Currently she is the Senior Designer for the Detroit Center for Innovation - bringing world class research and education facilities into the heart of Detroit. As a co-founder of the Young Designers Forum as well as KPF+ - an initiative dedicated to advancing gender equity in leadership positions - Rachel is deeply invested in developing the next generation of architectural voices at KPF. She received her Bachelor of Science in Architecture from the University of Michigan, and her Master of Architecture from Columbia University 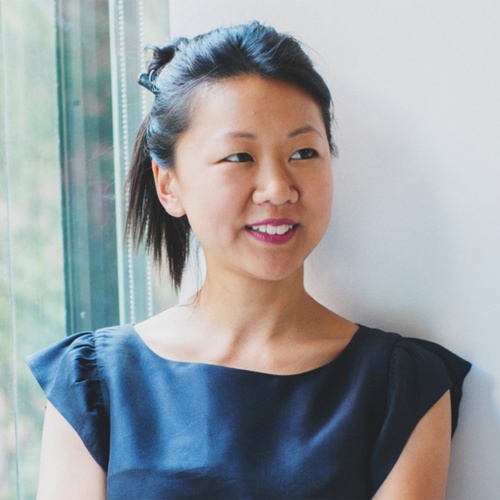 
Michelle Young is the founder of Untapped New York, a web magazine about New York City’s secrets and hidden places. She is a graduate of Harvard College in the History of Art and Architecture and holds a master’s degree in urban planning from Columbia University GSAPP where she is an Adjunct Professor of Architecture leading the Urban Studies studio.