Andrés Jaque, Phd Architect (ETSAM) and Alfred Toepfer Stiftung’s Tessenow Stipendiat, is the founder of the Office for Political Innovation and an Associate Adjunct Professor at Columbia GSAPP. The Office for Political Innovation’s work redefines the political status of architectural materiality. Rather than focusing on isolated objects, their work explores daily life as the result of the interaction between multiple entities, operating at different scales and temporalities. Bodies, buildings, social media, vegetal species, and natural resources are ensembled in shared projects to which architecture, as a political practice, contributes through intervention, empowerment, rearticulation, disobedience, and confrontation. In the Office’s work, matter is a multiple, interscalar, and performative reality: a “transmateria,” resulting from the displacement from the bodily to the territorial, from the biological to the geographical, from the offline to the online. Domestic environments, rather than working as places of sweet familiarity, become arenas of difference. In cosmopolitical compositions, different species negotiate the terms of their coinhabitance. Strategies for the public to install itself in the contemporary networks where power happens or to gain an agency in dynamics that are impossible to govern become, in the work of Andrés Jaque and the Office for Political Innovation, opportunities to explore specific forms of political action.

Installed at the intersection of design, research, and activism, the Office’s work is based on the unveiling of the mechanisms that make architecture operate as an agent of exclusion, in order to then propose strategies and devices capable of challenging these mechanisms. Historical architectural works, such as Mies van der Rohe and Lilly Reich’s Barcelona Pavilion or Charles and Ray Eames’s Powers of Ten, are reconstructed in the work of Jaque and the Office for Political Innovation in order to reveal the conflicts and dependencies that the original projects concealed. In the same way, designs such as the House in Never Never Land, COSMO, Escaravox, and the Plasencia Clergy House reorganize the societies they participate in, so that these projects can act within the tensions and controversies they are part of. 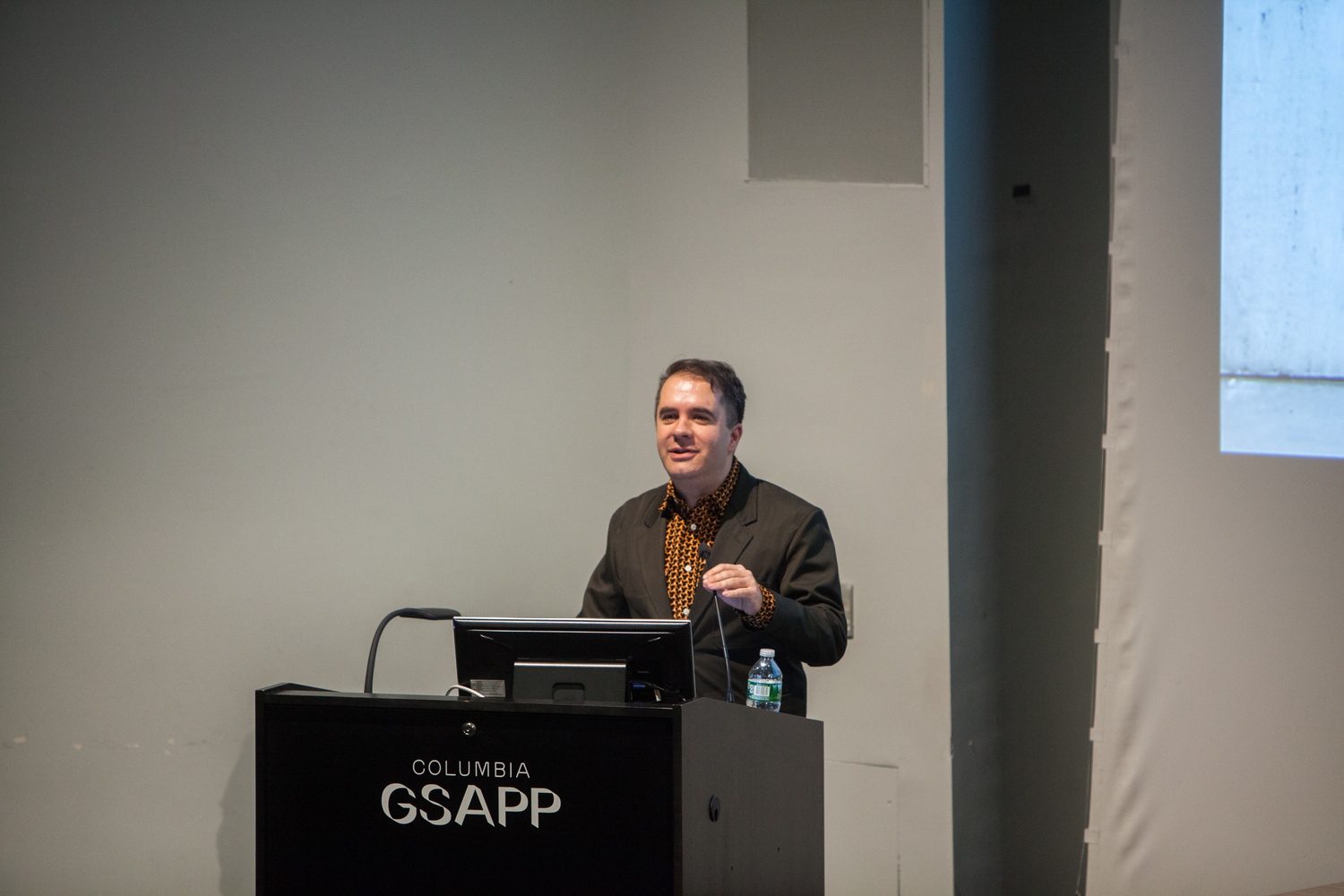 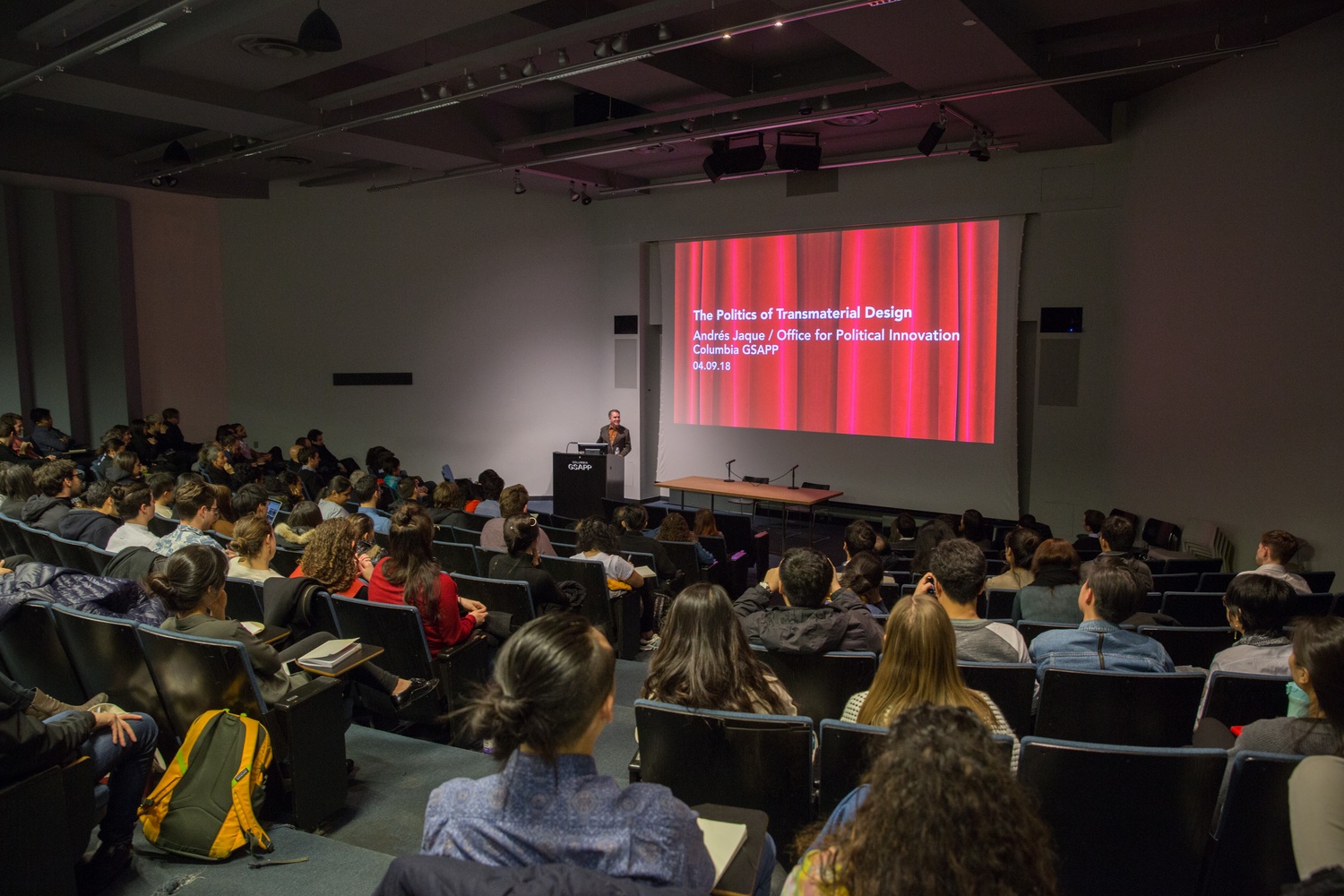 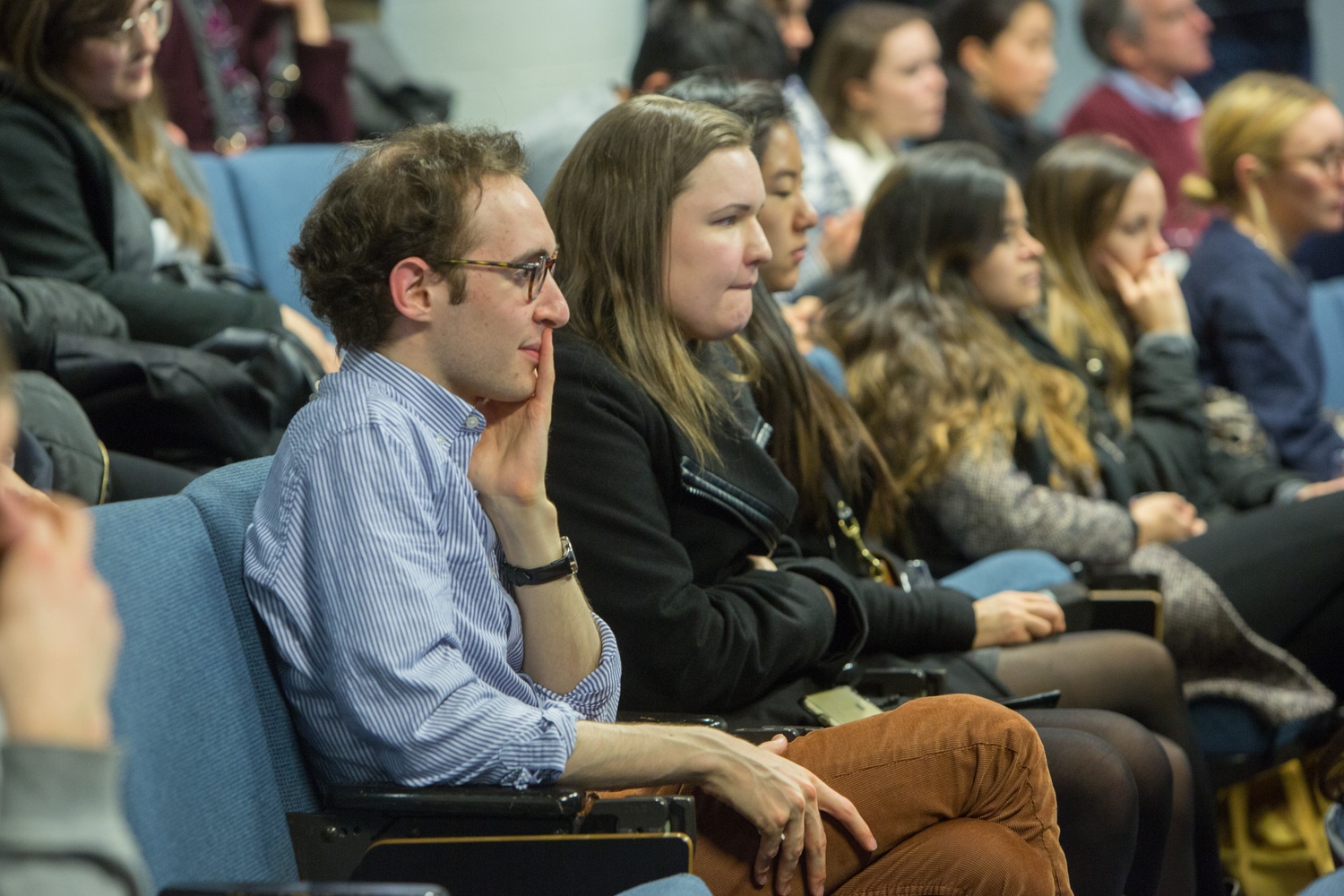 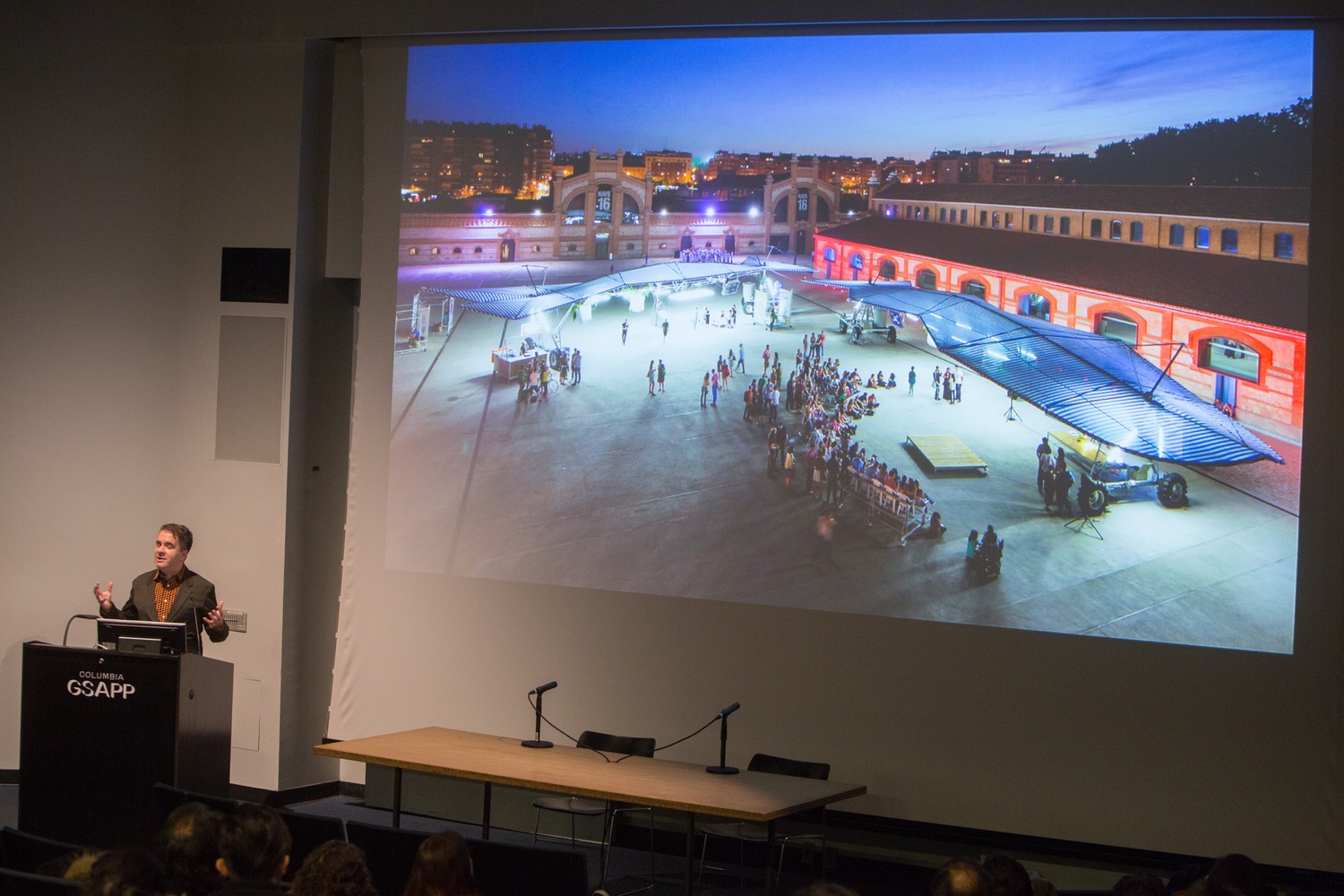 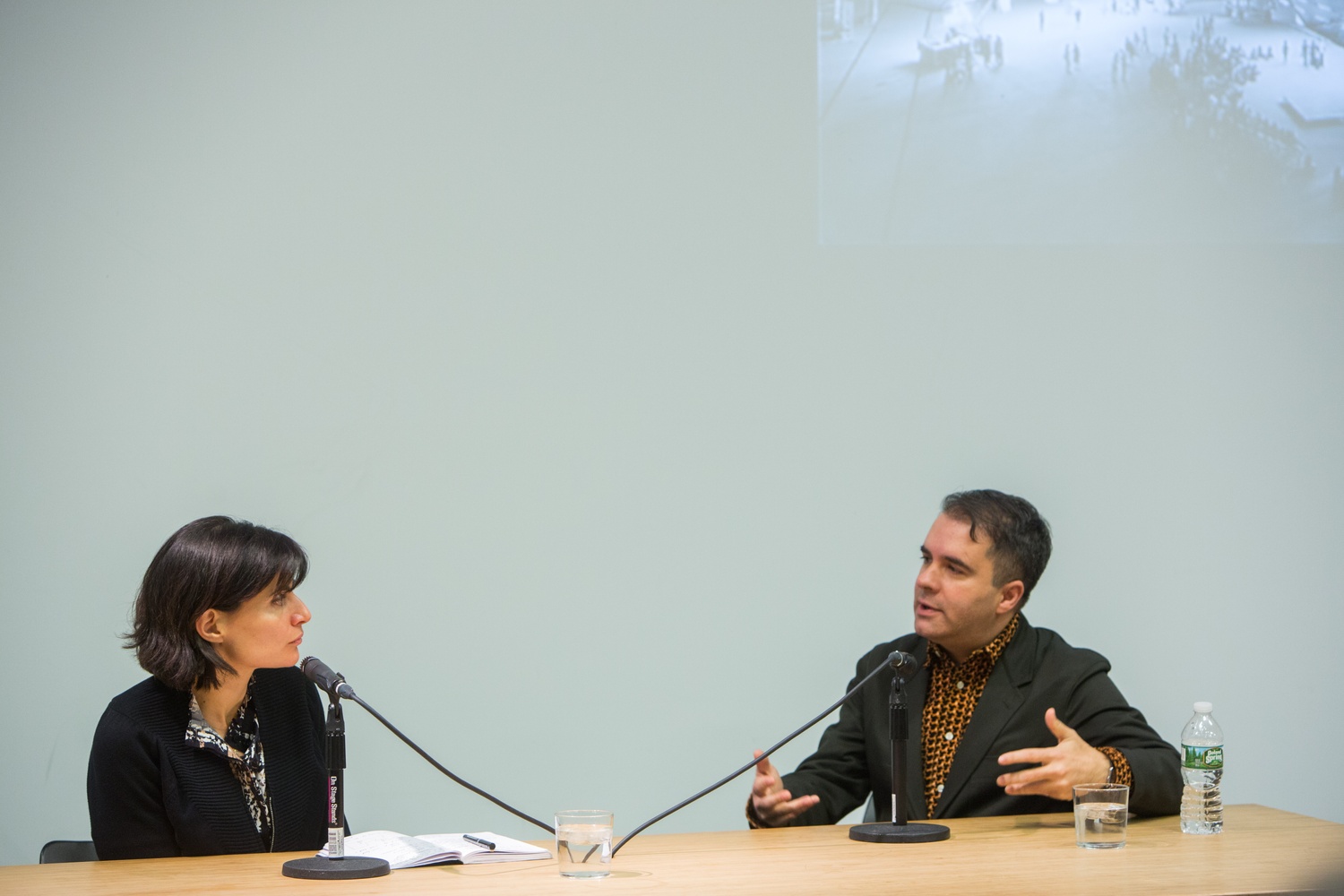 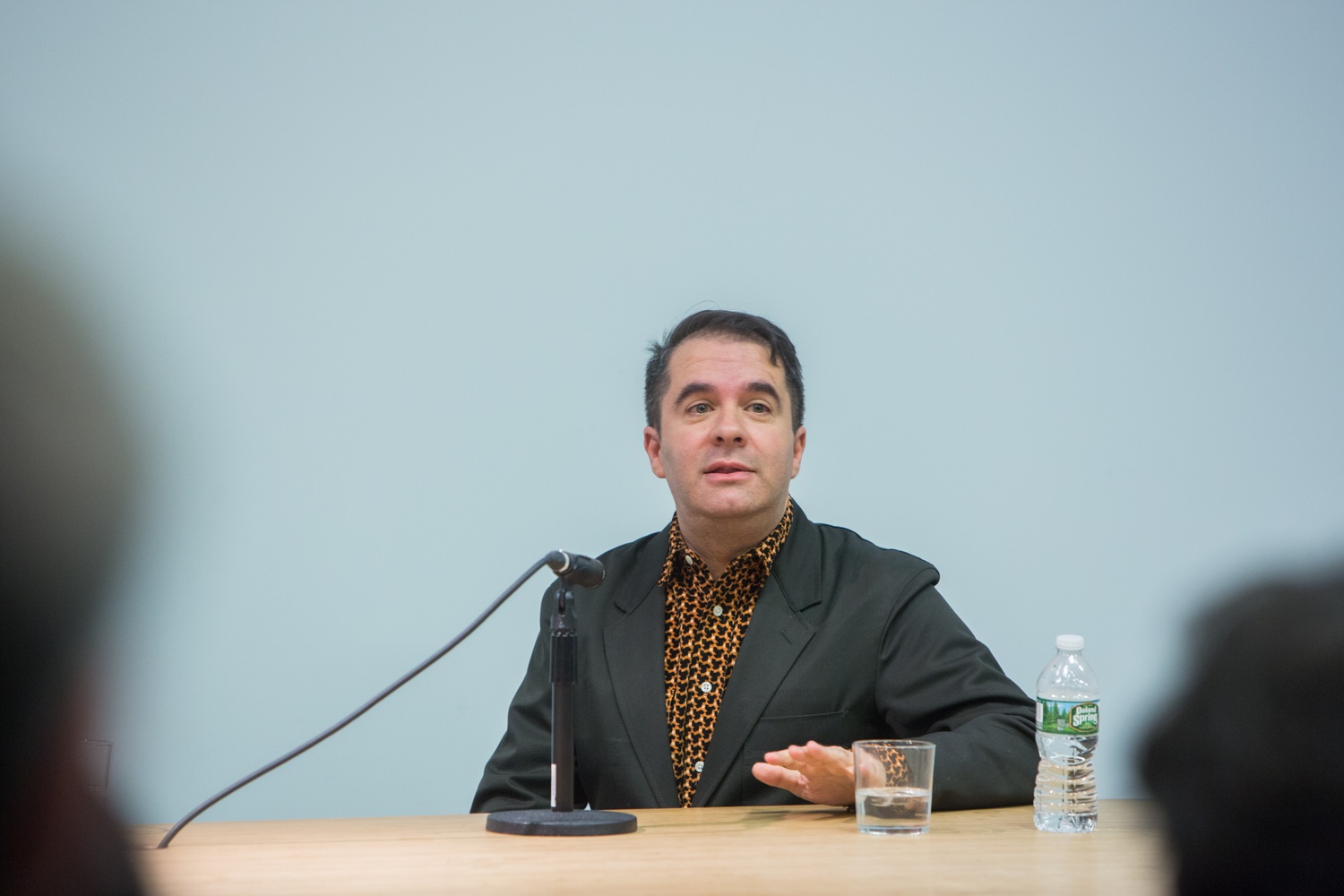 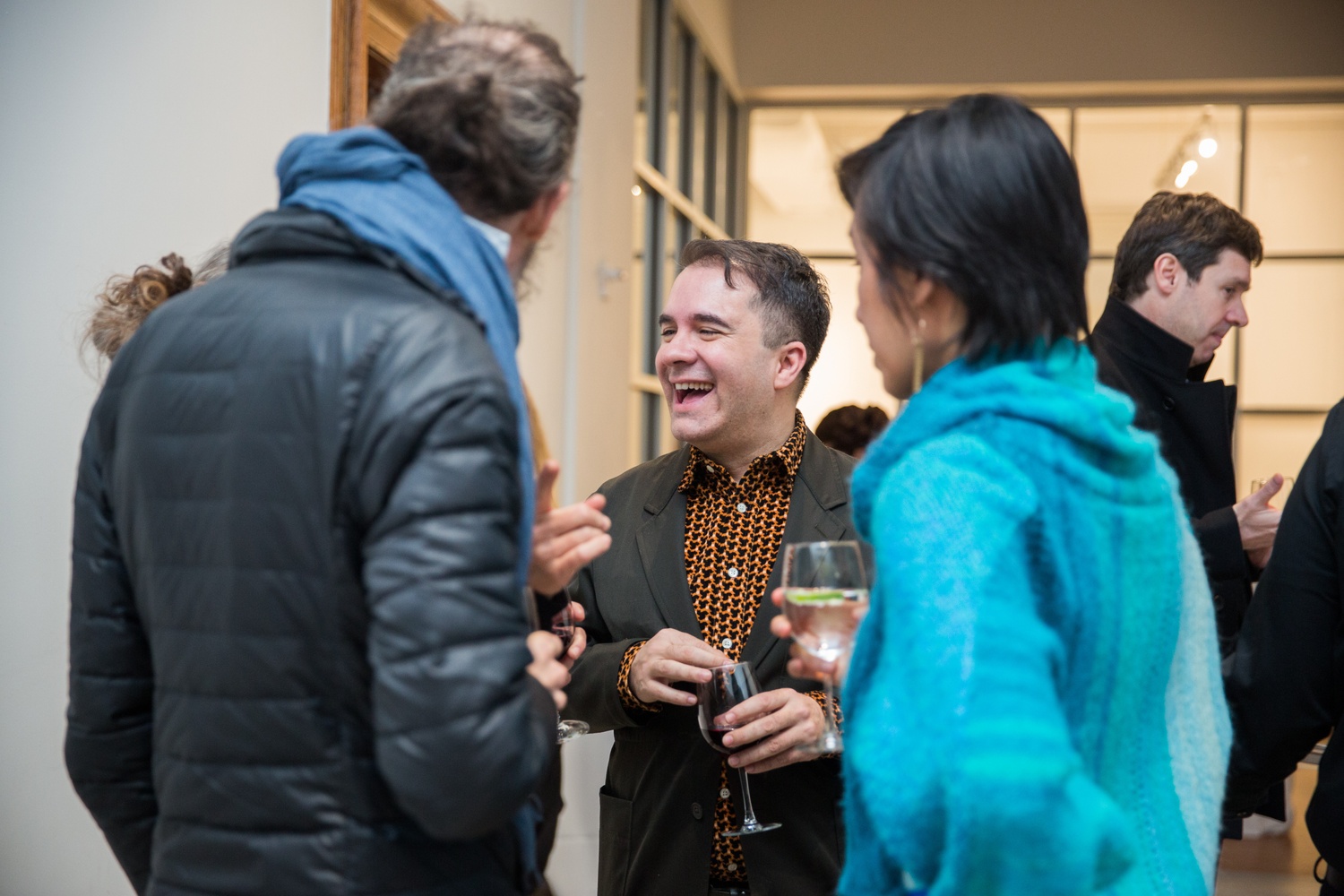