Climate change is ground zero for a shared discussion about architecture’s engagement with the world. The magnitude and stakes could not be clearer, but architectural action on climate change involves the territory of uncertainty. Climate change is complex and no linear formula or approach is adequate. It requires architecture to work across multiple scales and diverse realities. It forces us to rethink the way humans coexist with non-humans (other species, environments, and technologies). In responding to climate change, technical aspects (such as energy consumption and carbon footprint) become intertwined with social and political dimensions (which may participate in the enactment of inequality and public policy).

Organized as part of the Advanced Studio curriculum, and as a collaboration between GSAPP’s AAD and M.Arch programs, the series of summits entitled “Climate Change at the Building Scale” starts from the practice of architectural design. Advanced Studios have a unique opportunity to address climate change at the scale of the building, and to address climate change through design.

With this in mind, we have invited a diverse group of speakers to help us explore these topics. Some questions we might engage include: How might buildings be designed with a scope that extends beyond a single site, client, and moment in time? What are specific and actionable methods for addressing carbon footprint, biodiversity, and social equity? What are the scales at which building practices unfold their participation in climate? What are the best ways to balance quantitative and qualitative factors in design? How should architects design for uncertainty? What is the way buildings and building practices might participate in transitioning to a non-anthropocentric paradigm?

In this session, we addressed climate change at the scale of the building by looking at building materials and techniques beyond western modernist methodologies, construction systems that explore biodiversity, and strategies for building in arid climates. We also considered buildings as assemblages where alternative relationships between humans, ecosystems, and territories can be fostered.

Climate Change at the Building Scale is a series of summits that brings together architects and researchers from around the world who are directly addressing climate change and environmental responsibility in their design work.

View Climate Change at the Building Scale Summit: Part I which occurred on February 22, 2019 here.

Francisco Adão da Fonseca, SKREI
Skrei is an independent firm of architects, engineers, artists and technical specialists offering abroad range of professional services for the built environment. Through our work, we make apositive difference in the world. Skrei started their practice by conducting a survey on the qualities of Portuguese raw materials in 2009. By experimenting with clay and construction instruments, they managed to develop new materials and began to participate in the administration of building sites. They became the architects of experimental constructions where building techniques and craftsmanship were combined with refined engineering skills for sophisticated clients. Their architectural practice is based on establishing close links between design and construction, an approach that shows how materials can incorporate knowledge and how such knowledge can be instrumental in recreating architectural practice.

Elias Anastas, AAU Anastas Elias Anastas studied architecture in Paris and set up an office there before winning a competition to build a music conservatory in his of Bethlehem. He returned to Palestine in 2010 and have since expanded into furniture design and research projects that celebrate local artisanal skills. He is a partner at AAU ANASTAS, and a co-founder of Local Industries, a community of bold artisans and designers dedicated to industrial furniture making. His most recent work includes “While We Wait”, an installation commissioned by the Victoria & Albert Museum in London. It is part of AAU ANASTAS’ ongoing research project “Stone Matters” which combines traditional building craftsmanship and materials with innovative construction techniques to produce architecture that is inscribed in both local heritage and natural surroundings.

Camilo Garcia and Diego Barajas, Husos
Husos is an architecture and urbanism studio with a transdisciplinary focus, whose work consists of design projects, research, and academic practice. Their projects include “Host and Nectar Garden Home-Atelier Building”, “One Guy, One Bulldog, One Vegetable Garden and the Home they Share”, “Bathyard”, among others.

Founded in 2003 by Camilo García (M.Arch The Berlage) and Diego Barajas (Phd ETSAM, M.Arch The Berlage), Husos is based in Madrid and regularly operates between Spain and Colombia. Husos’ work has been widely published in international magazines and books and has featured in places such as the Venice Biennale, the Rotterdam Biennale, Oslo Architecture Triennale, the Zumtobel Award for Sustainability and Humanity, Witte de With, Fundación Tápies, Freshlatino, Photoespaña, and Matadero Madrid, among others.

Daniel Moreno Flores
Daniel Moreno Flores is a passionate and inventive architect based in Quito, Ecuador. His work is focused on an economy of means and material that connects people to the environment. Working with simple construction processes and accessible materials the forms adapt to their environments, teams and inhabitants. He is the National Curator for Ecuador for the IX BIAU Ibero-American Biennial of Architecture and Urbanism in Paraguay 2019. His work has been widely awarded including a National Architectural Design Honor Award at the XXI Pan American Biennial of Quito 2018 designed and built with the work of the “Naranja Limon” home with Santiago Vaca; a National Architectural Design Award at the XX Pan-American Biennial of Quito 2016 and a finalist in the Ibero-American Architecture and Urbanism Biennial 2016, for the “RDP” housing project with Sebastian Calero.. His work was featured in the 2017 film Do More with Less by Kliwadenko Novas and Al Borde.

Raefer Wallis, AOO
Raefer Wallis is an Architect and the founder of both A00 Architecture and GIGA. A00 is a boutique design firm based in China and Sri Lanka. With a research focus on health and sustainability, A00 created GIGA in 2008; an independent third party that develops and administers both the RESET Standard for healthy buildings as well as the ORIGIN datahub.

Working at the intersection of health, sustainability, buildings and cloud technology, Raefer is behind many award-winning firsts, including the first carbon-neutral hotel in Asia, the first eco-regenerative retreat in China and the largest modern rammed-earth building in the world.He has co-authored books on modern rammed-earth construction and alternative chemicals assessment, published by Woodhead and the Royal Society of Chemistry. 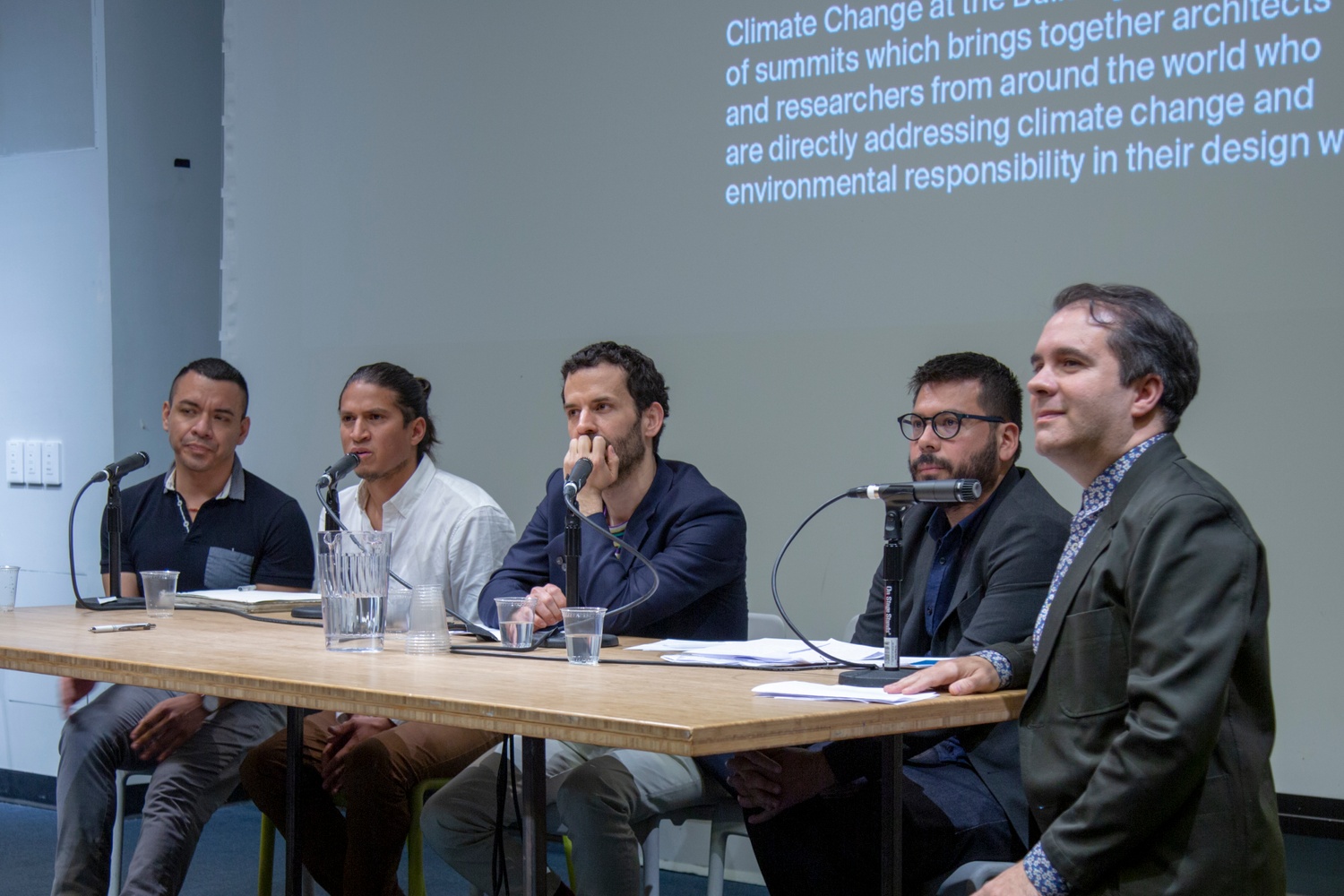 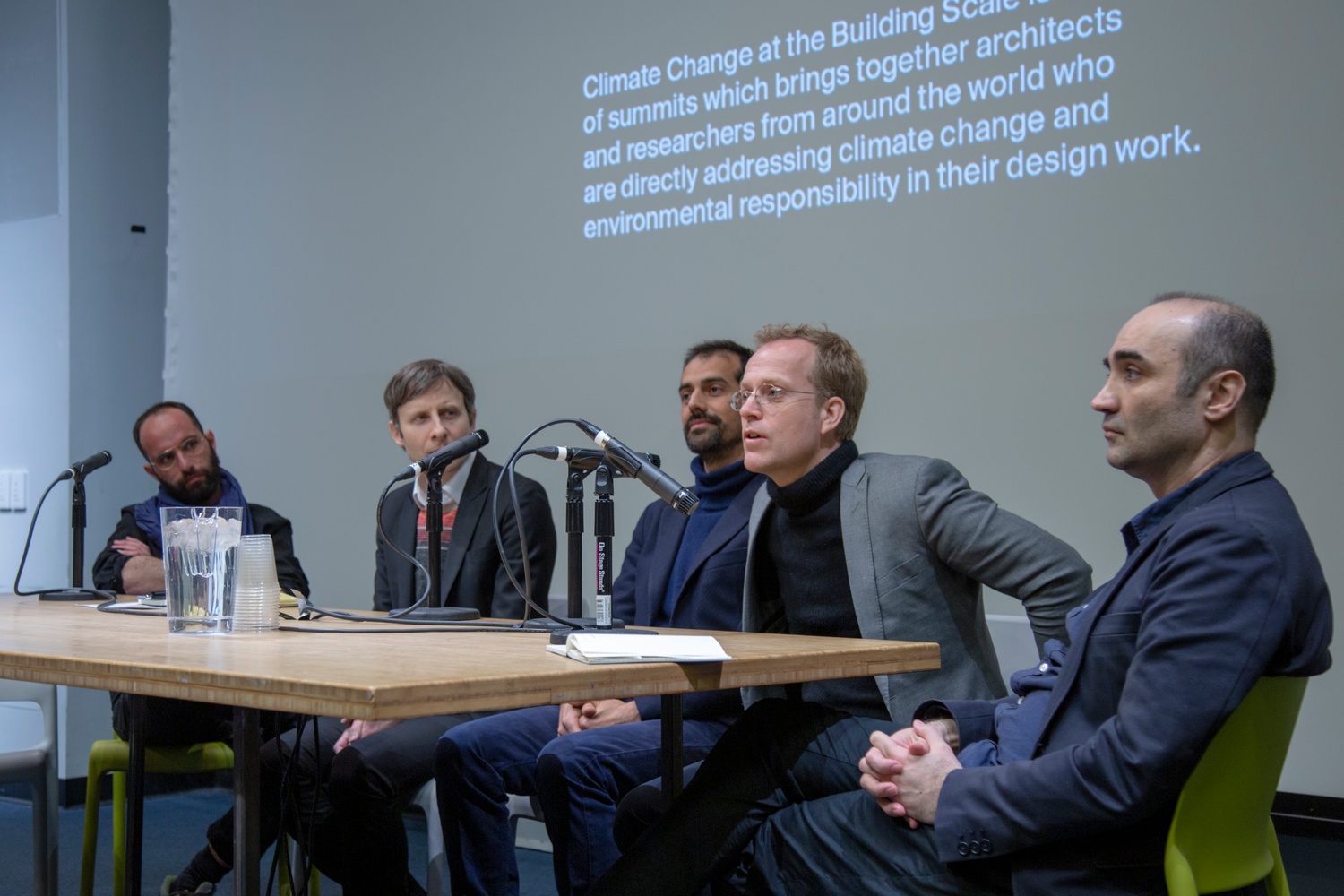 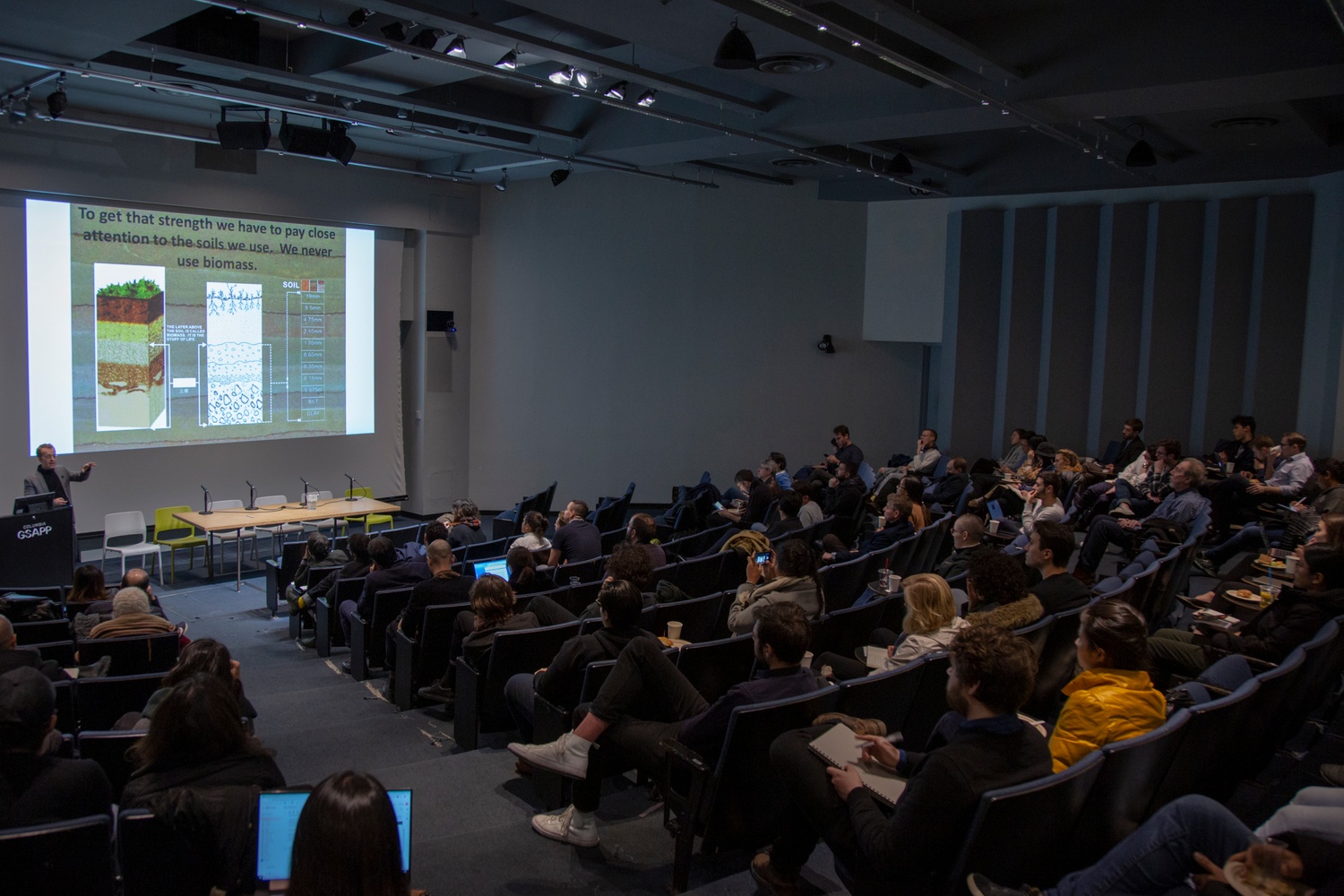 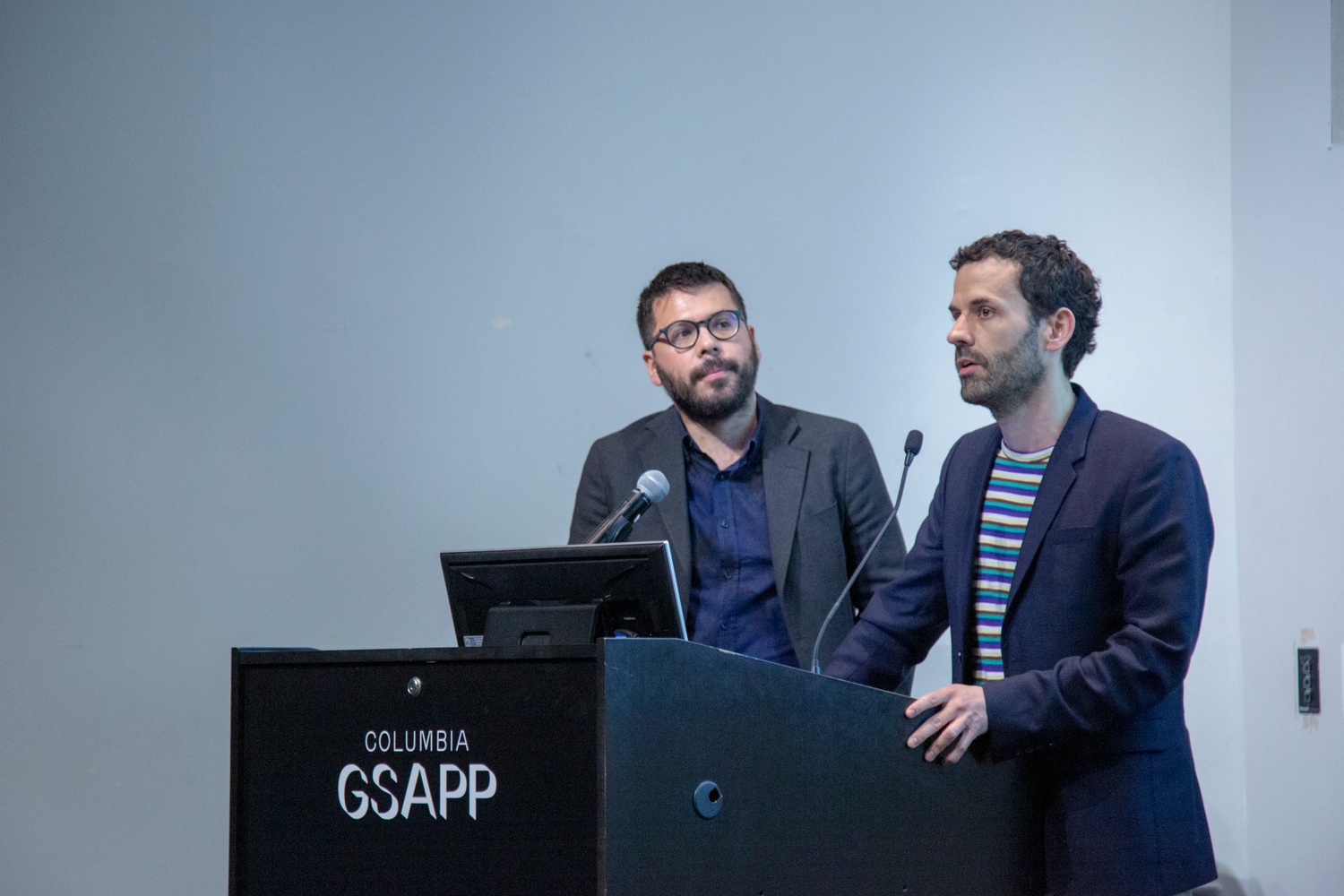 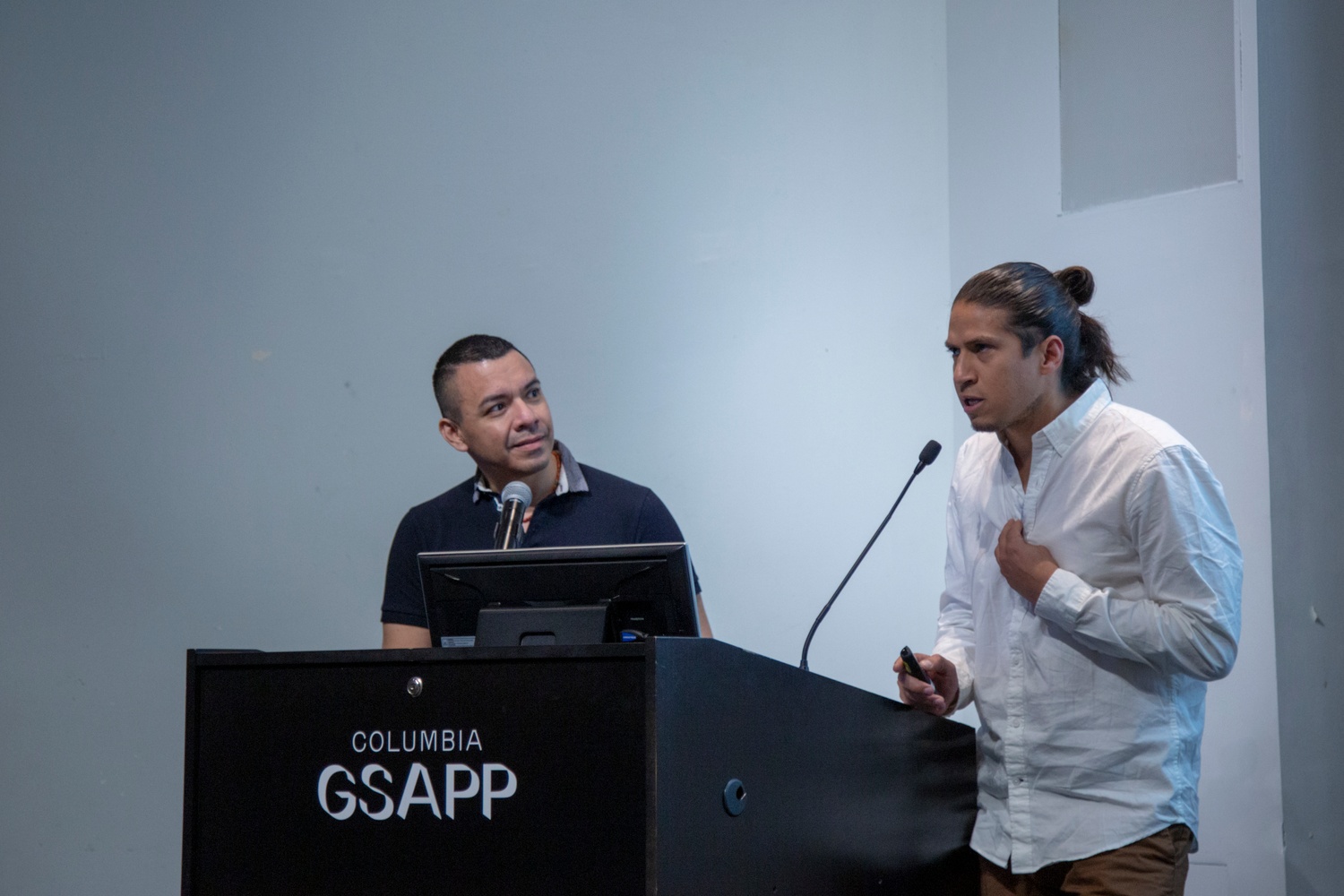 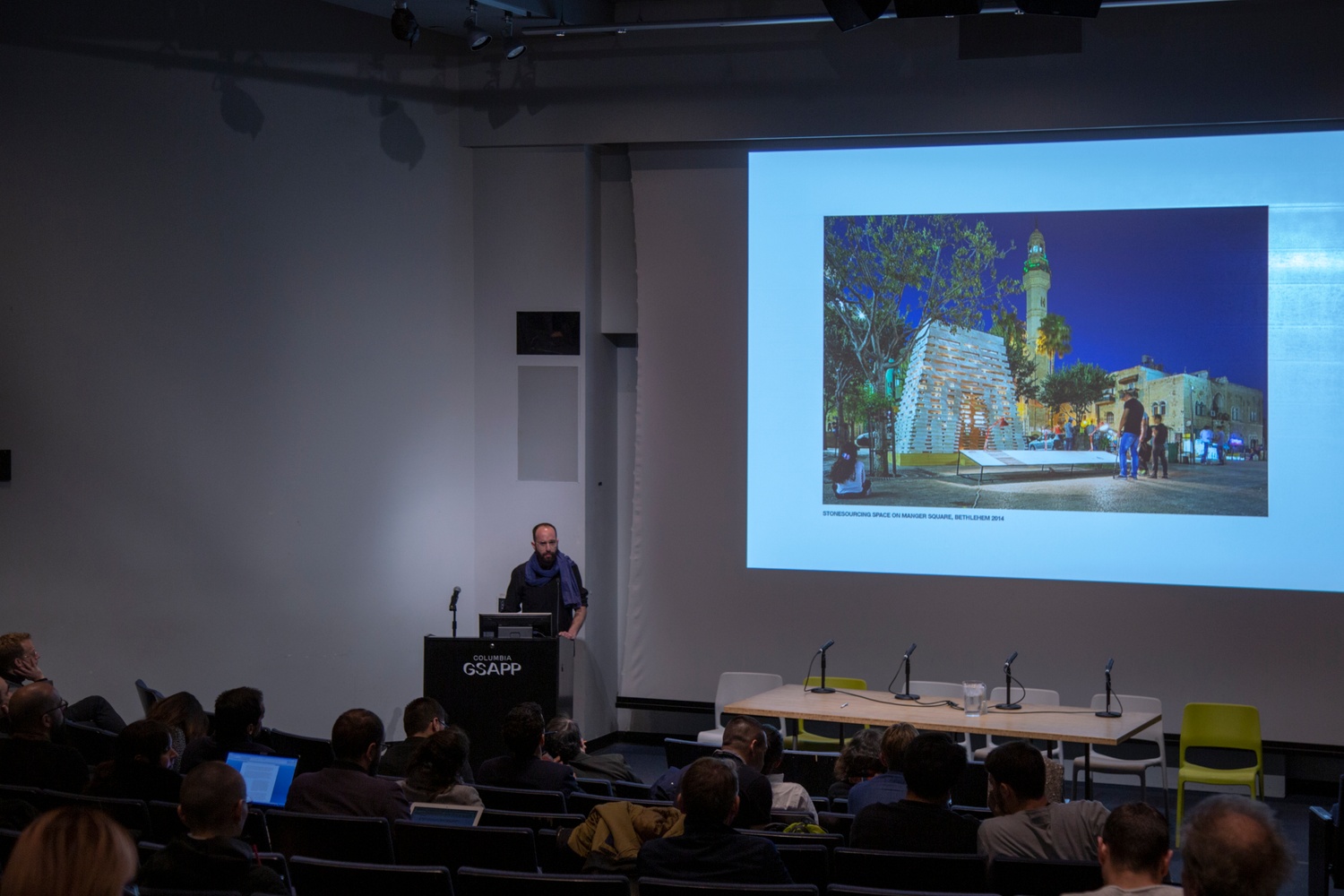 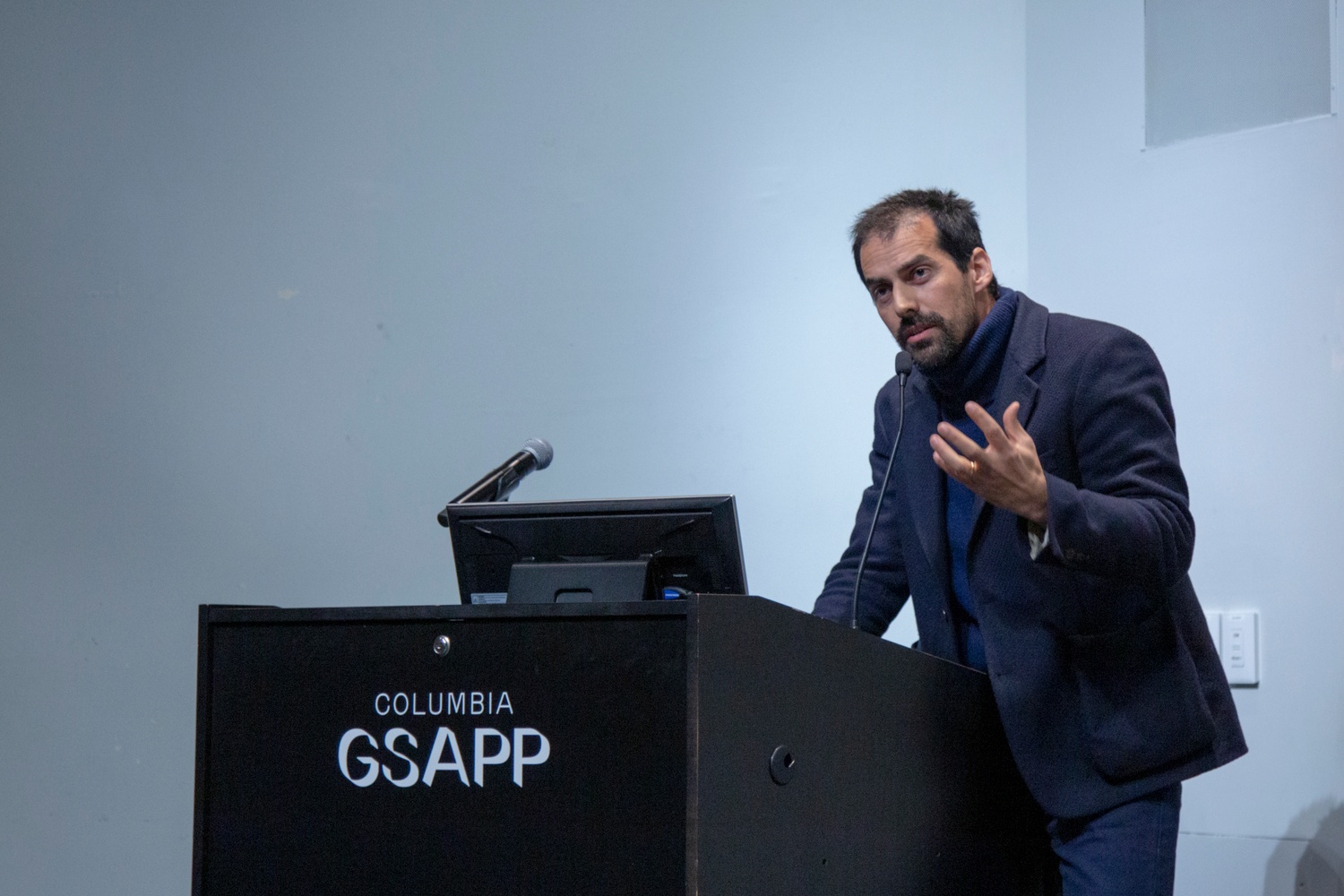