The proposal reimagines the integration of an invasive species (Hemlock Woolly Adelgid) into the project’s infrastructure as a means to preserve the native Eastern Hemlock tree population. How can humans collaborate with other species to form new structures without depleting the earth’s natural resources?

Studying the behavior of invasive species (HWA) informs how the project can utilize the species to benefit the forest’s ecosystem. Following the principles of a circular economy in wood manufacturing, the project acts as a network between humans and the natural environment to further adapt ourselves to the inevitable climate emergency future. How are we able to follow similar models such as silk manufacturing to further collaborate with other species? 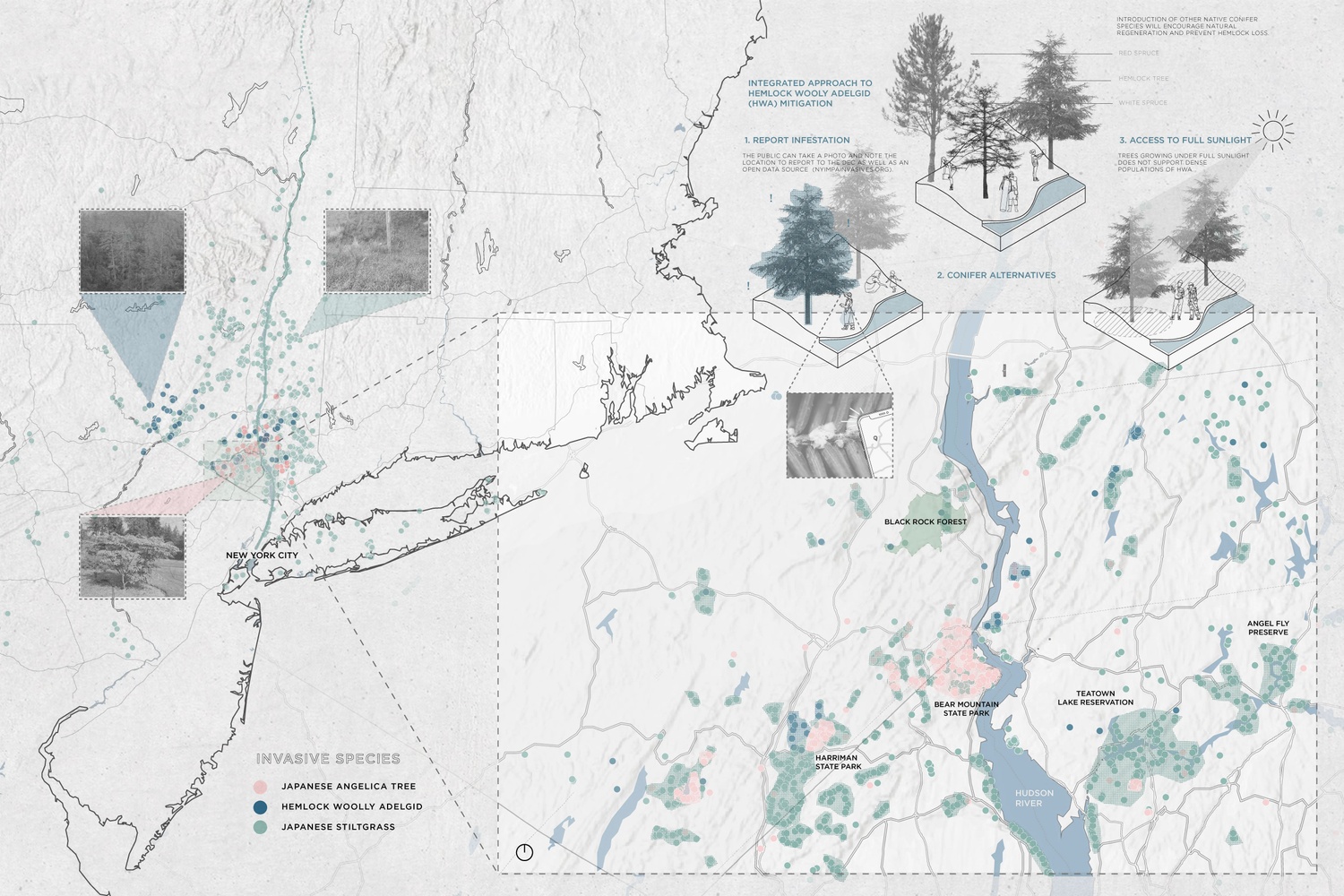 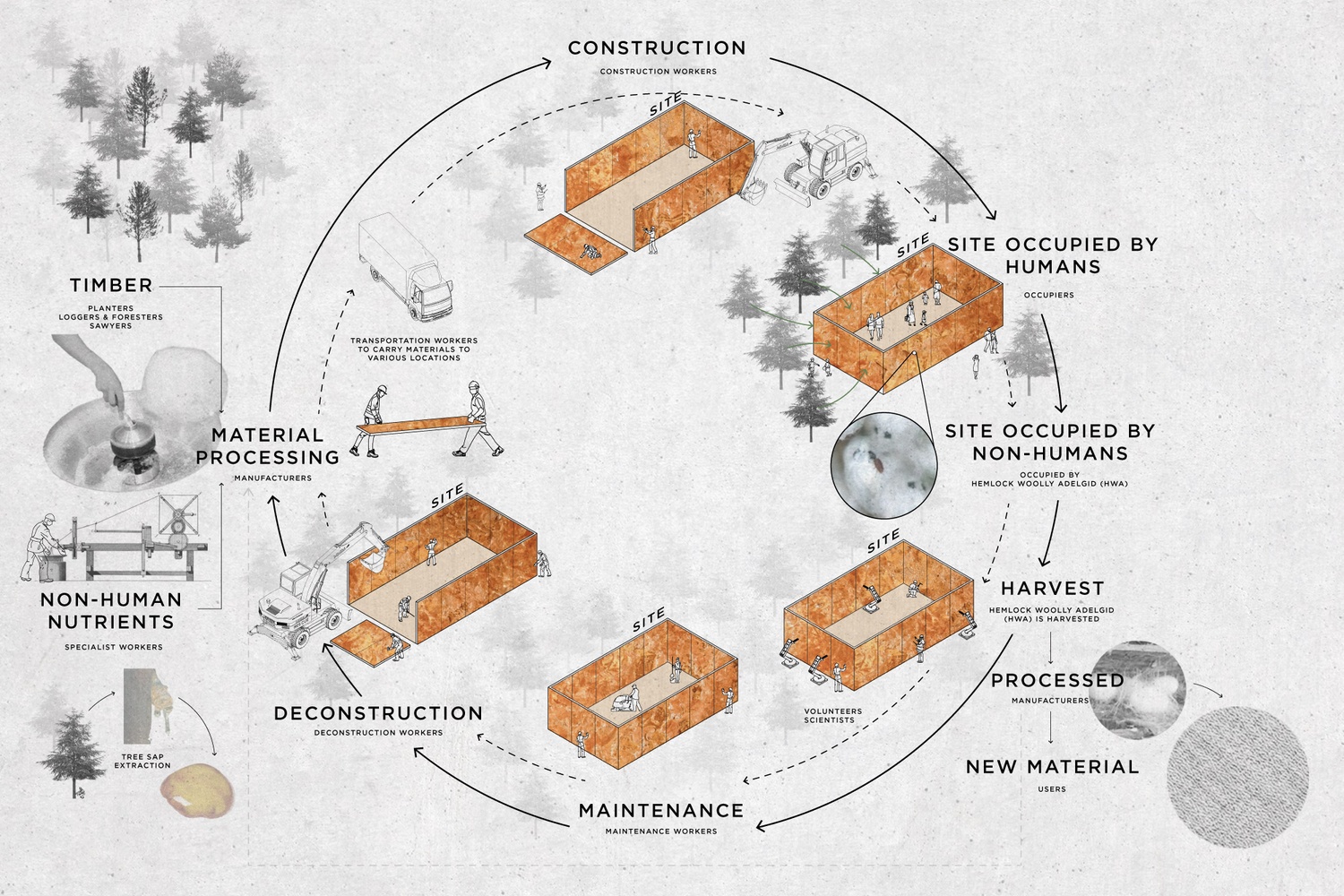 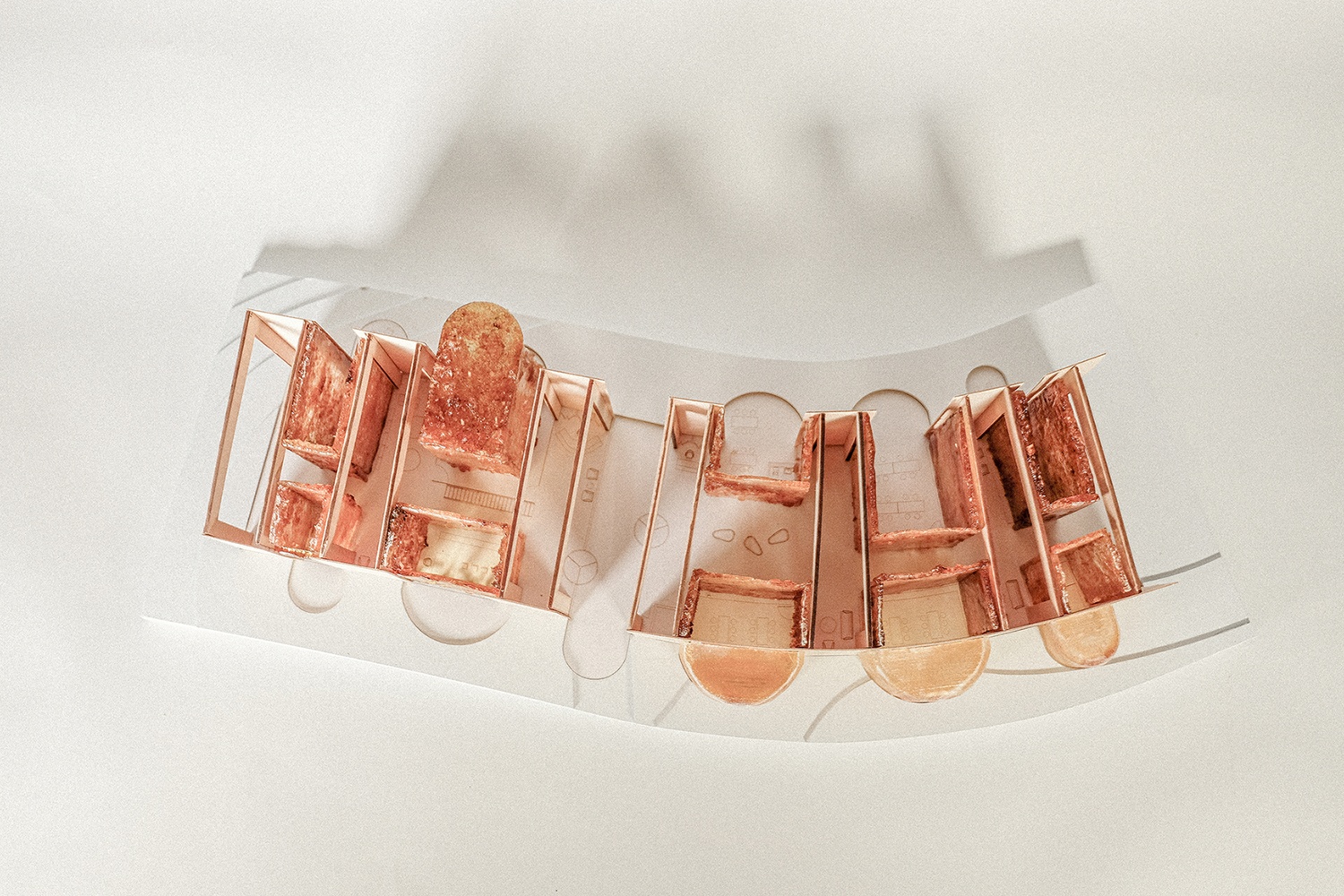 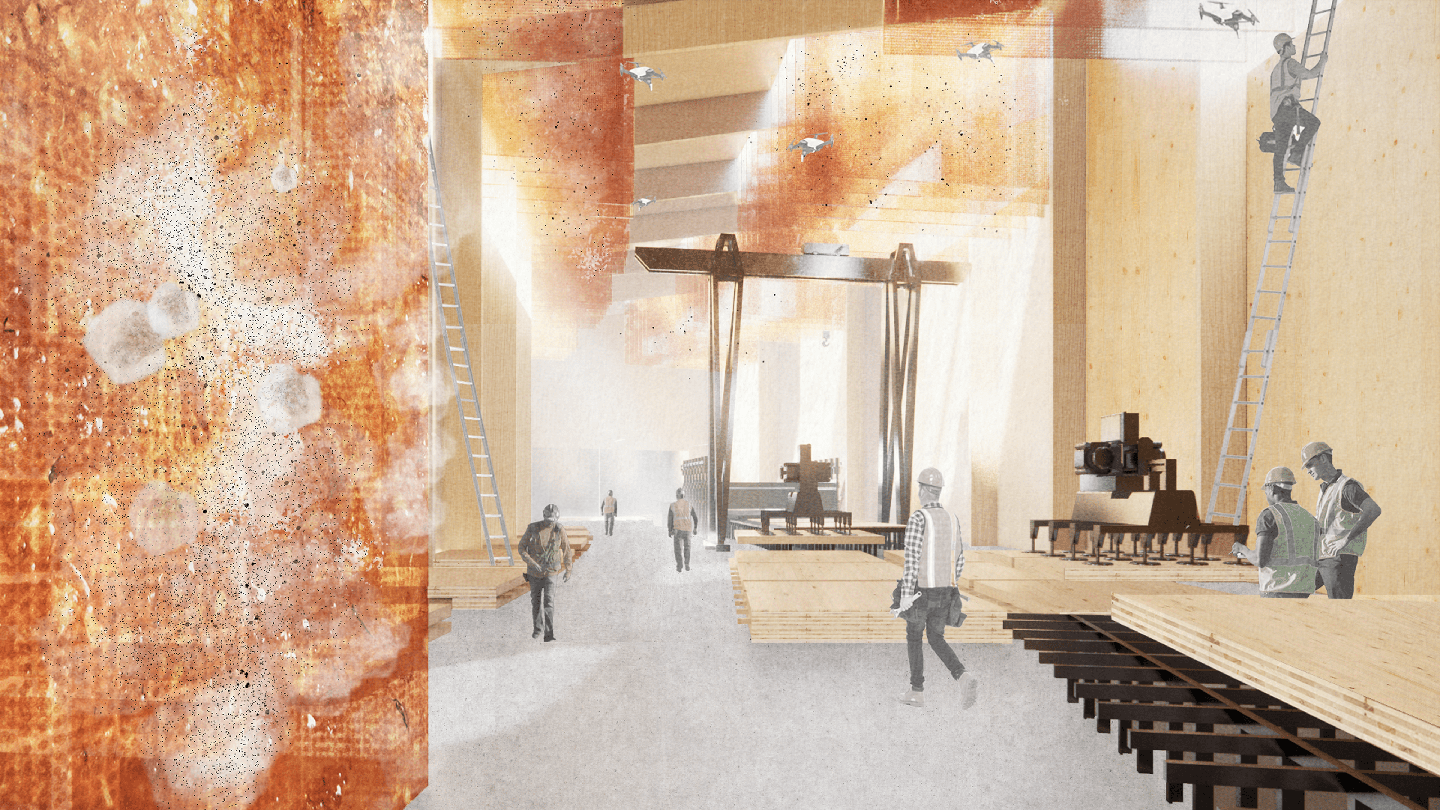