Close
This website uses cookies as well as similar tools and technologies to understand visitors' experiences. By continuing to use this website, you consent to Columbia University's usage of cookies and similar technologies, in accordance with the Columbia University Website Cookie Notice
graphics project
Graphics Project is an annual series of lectures, discussions, and portfolio reviews exploring the role of graphic design within the field of architecture. 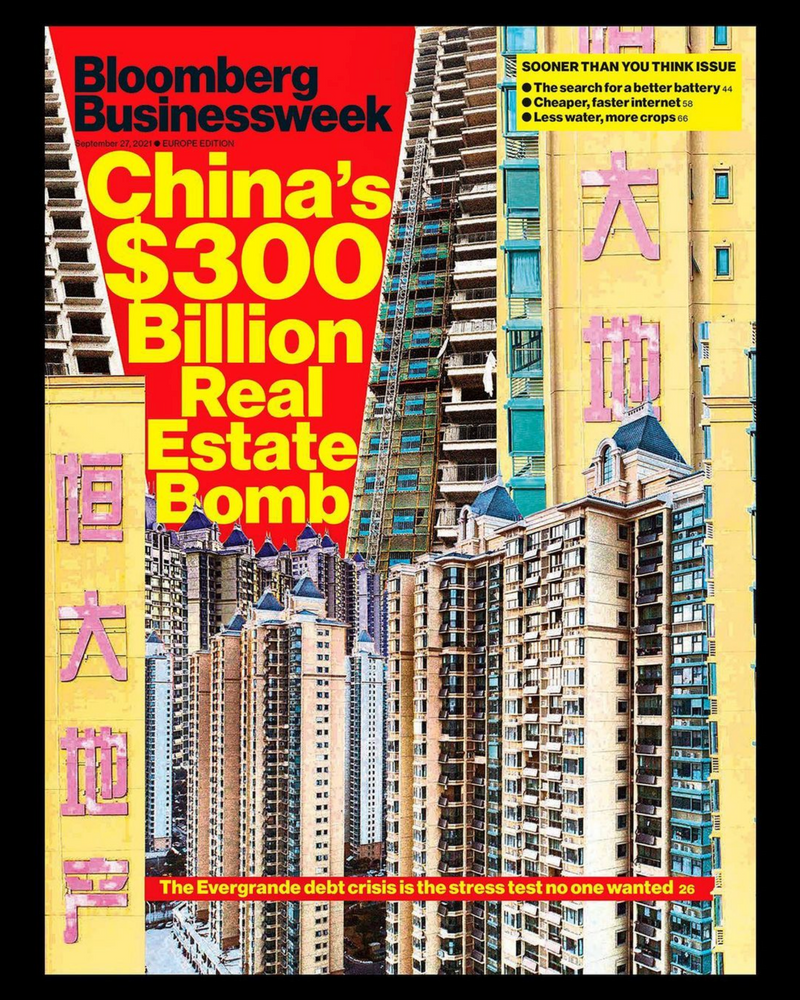 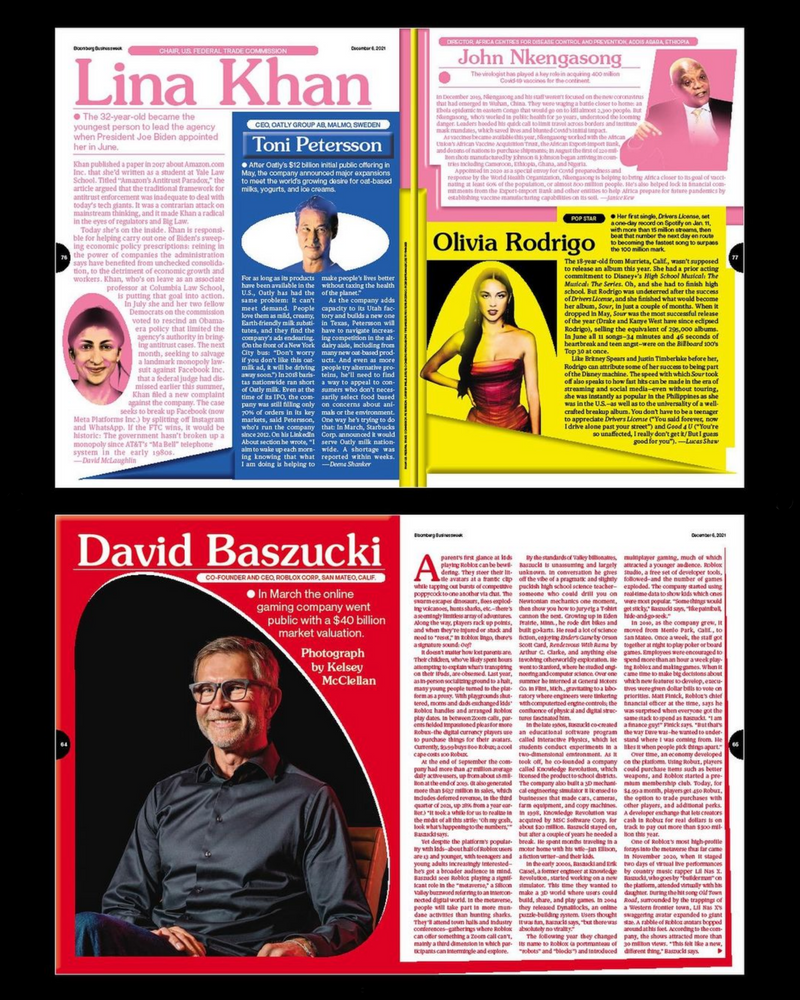 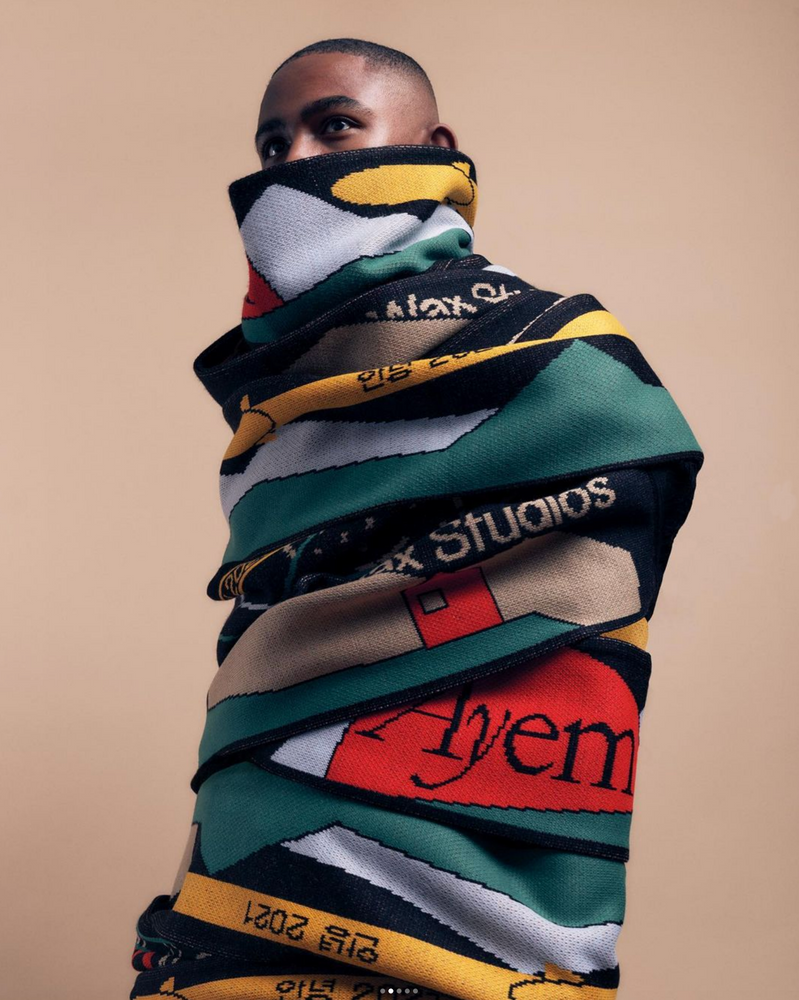 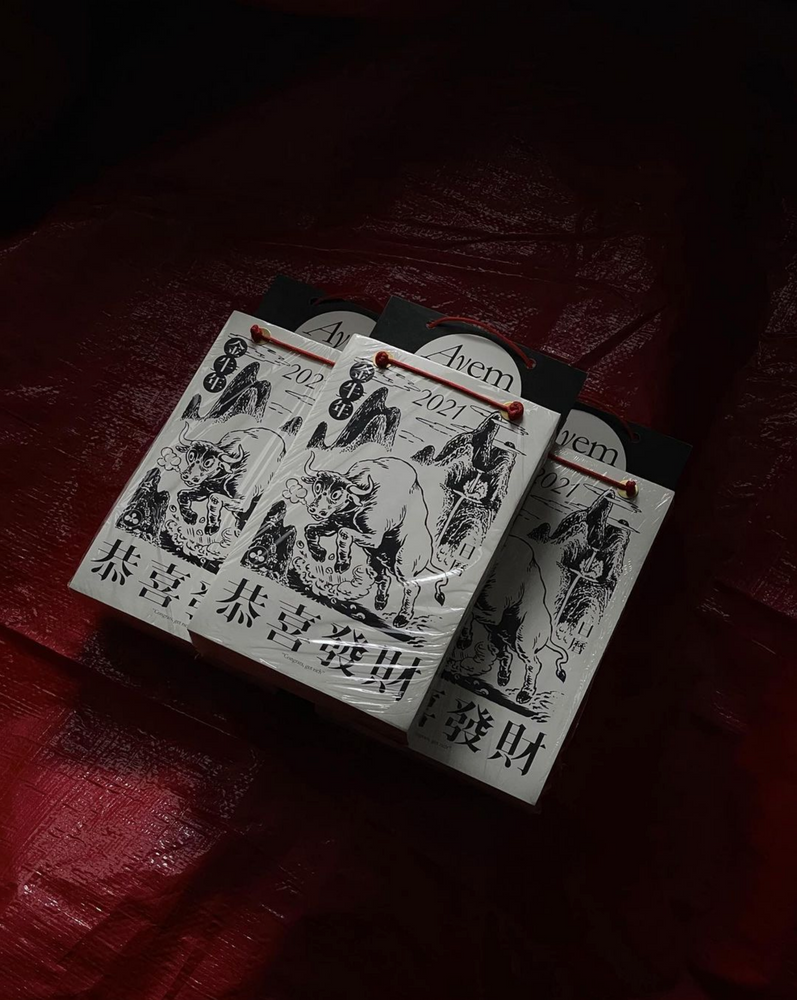 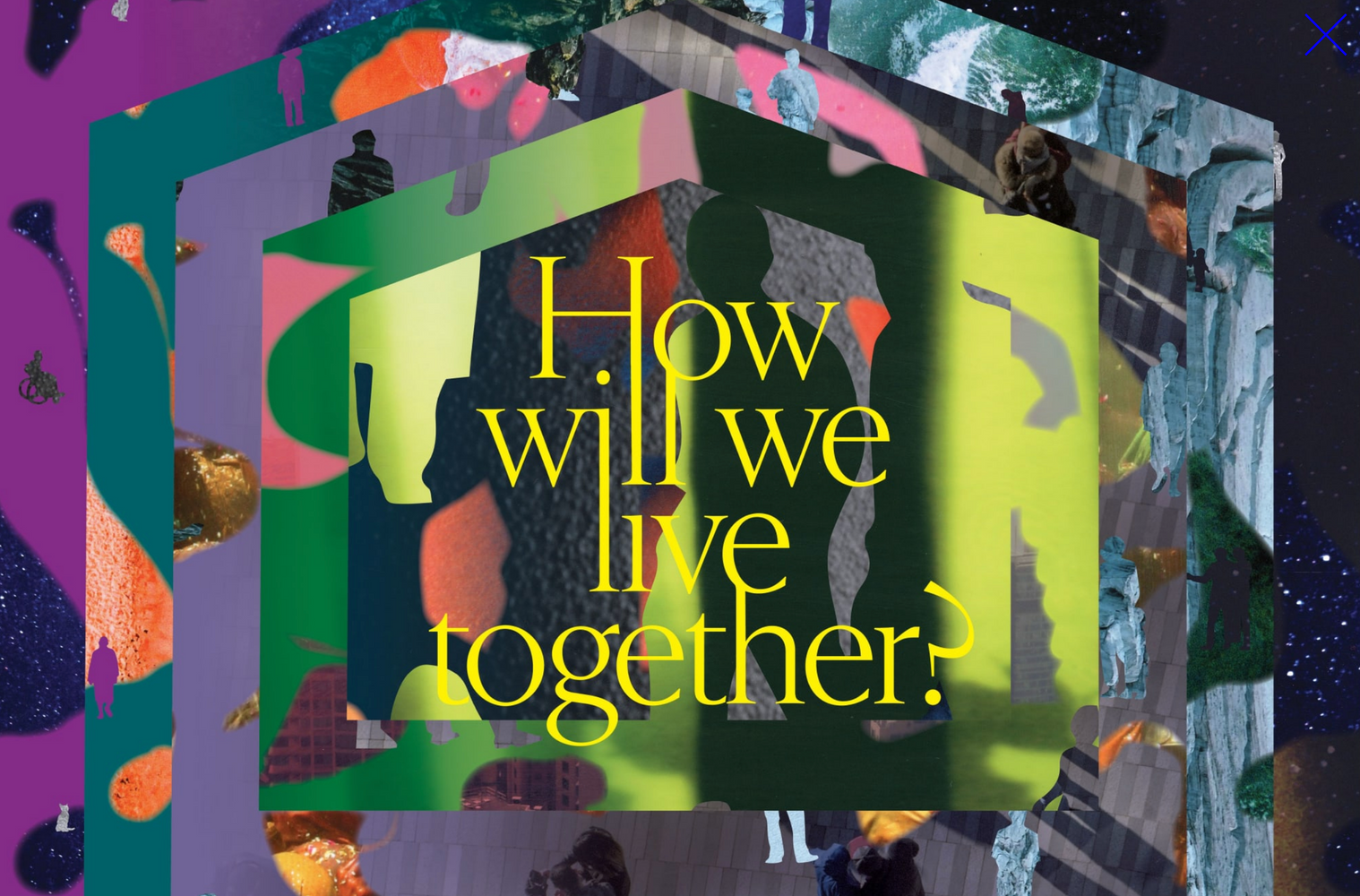 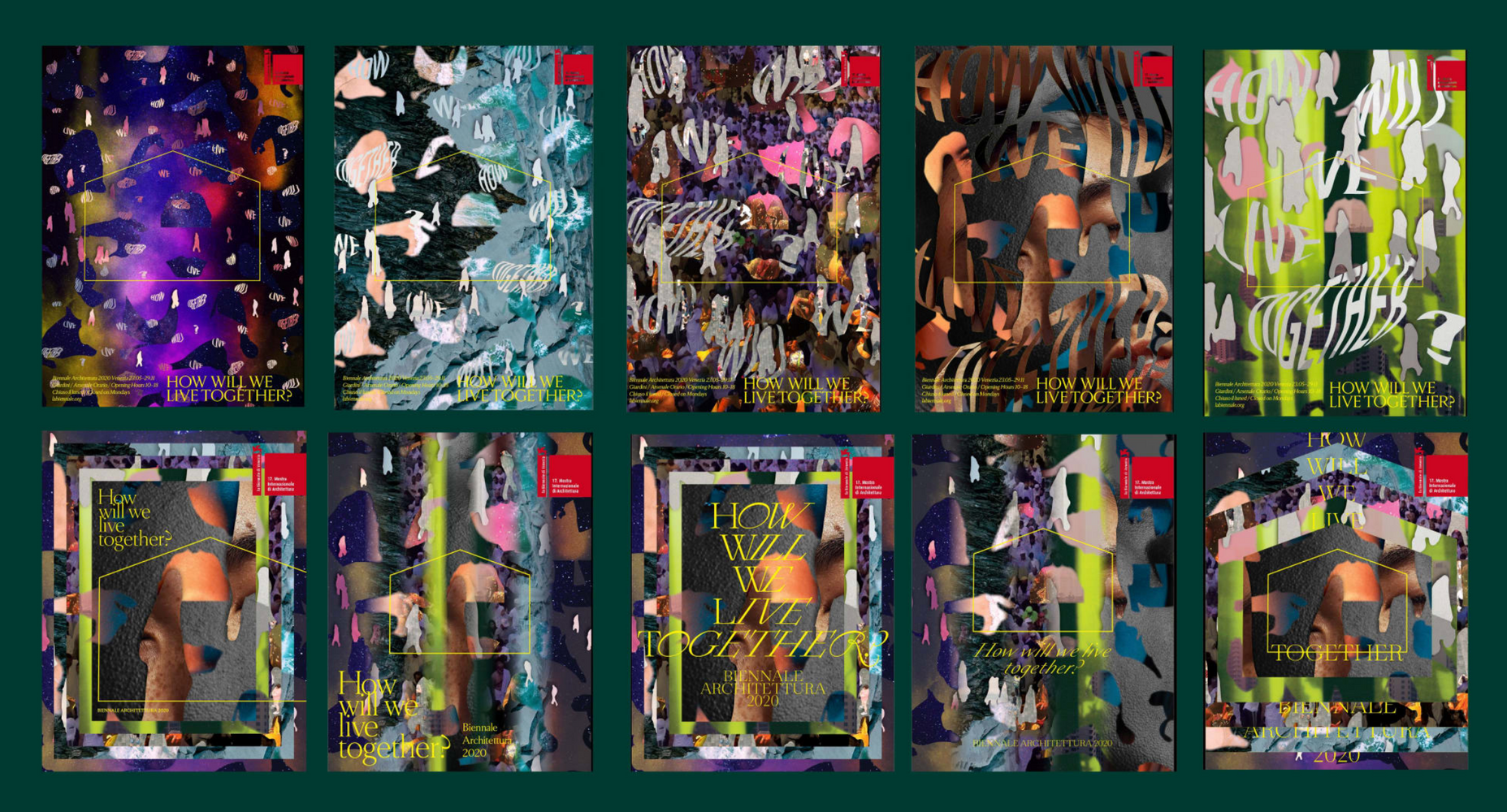 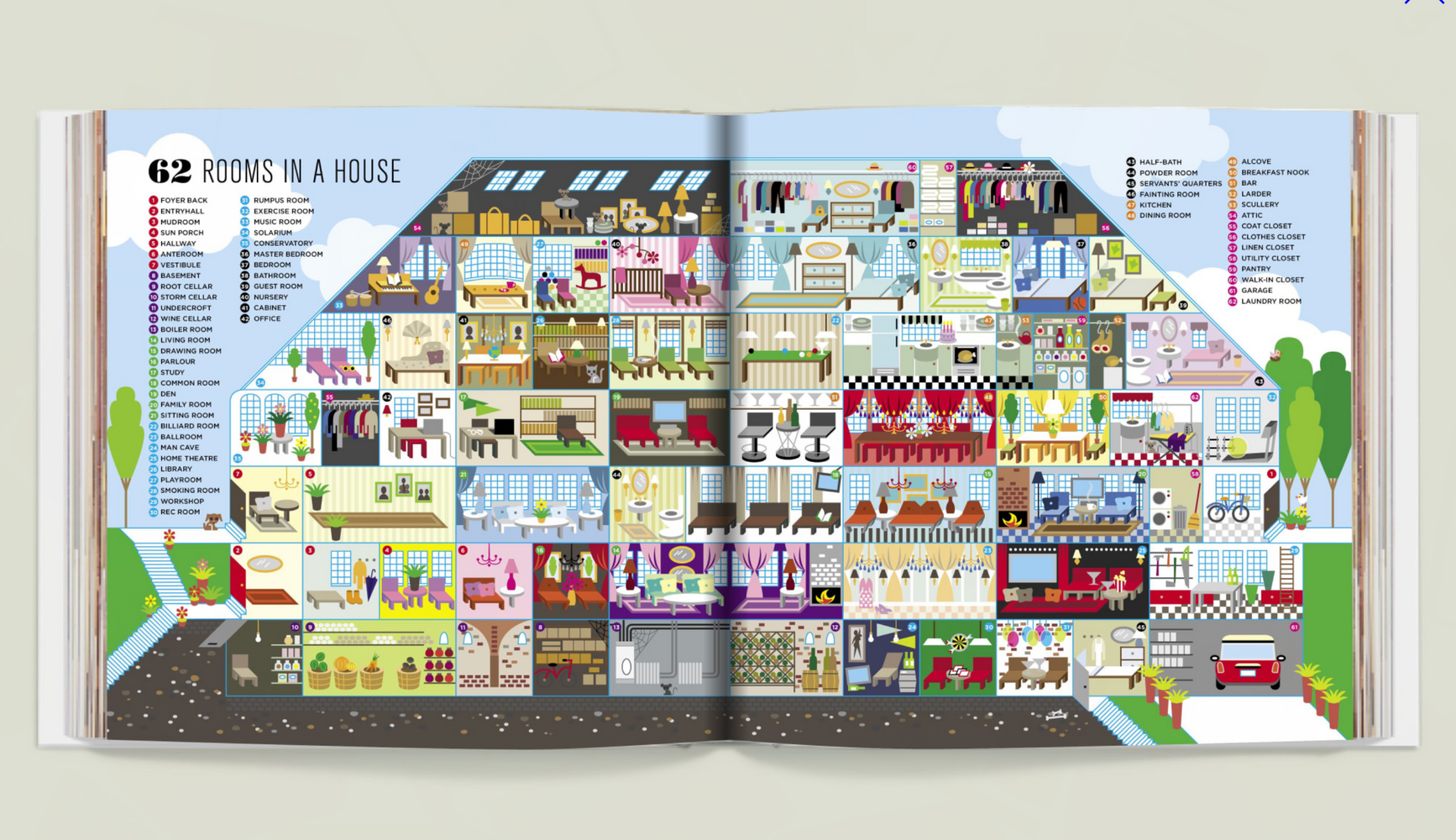 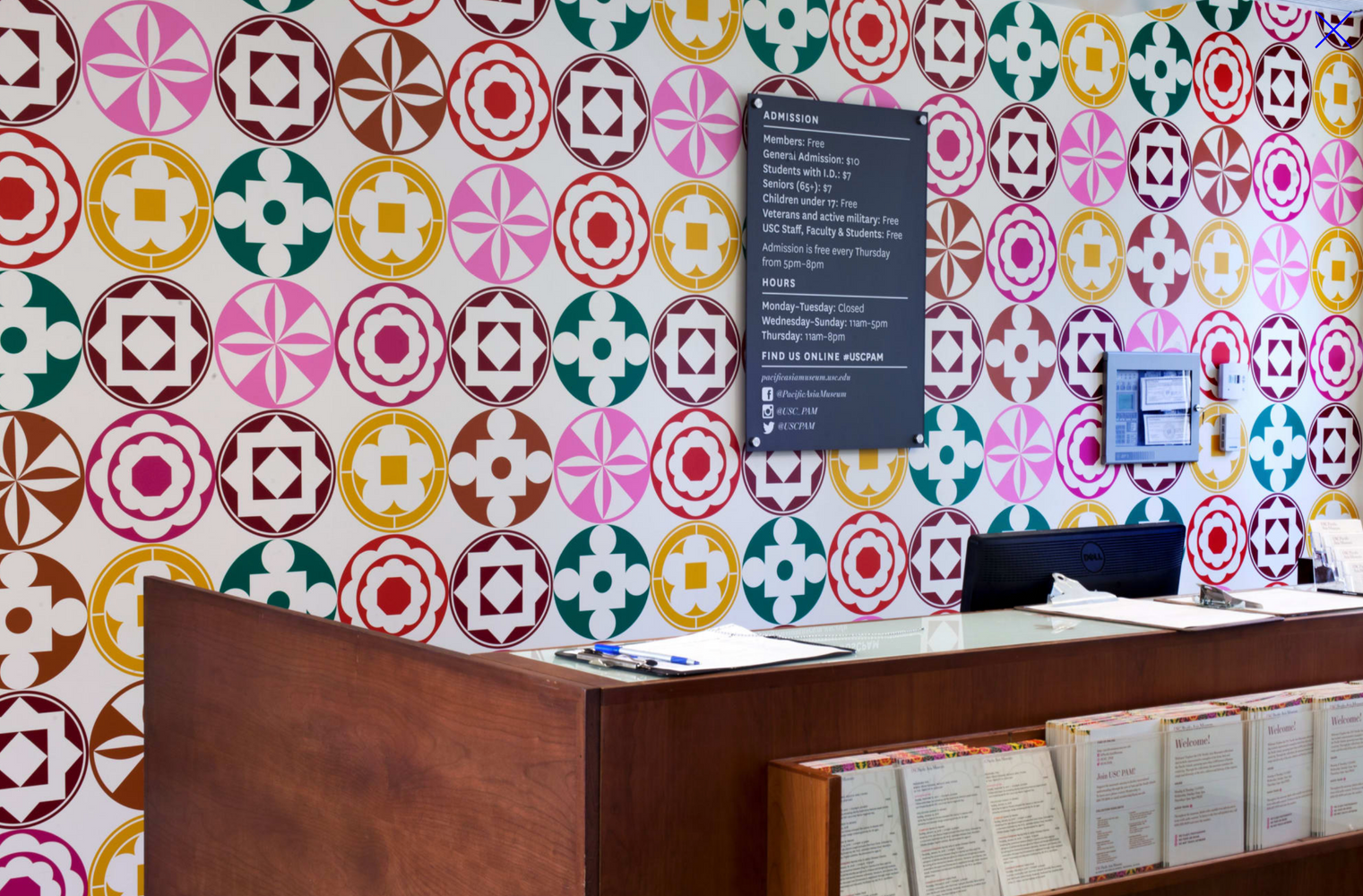 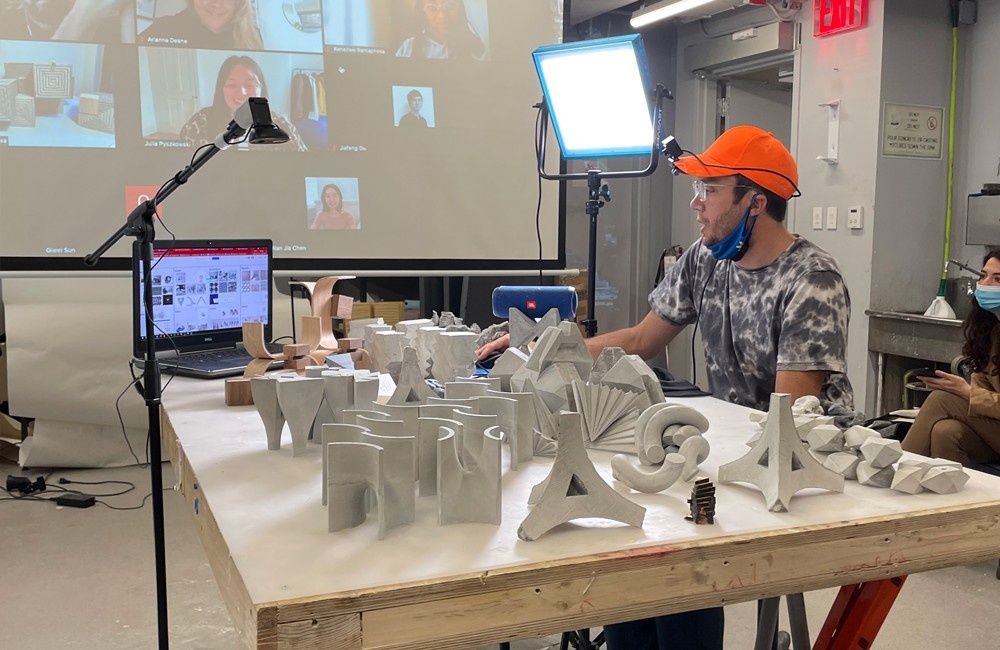 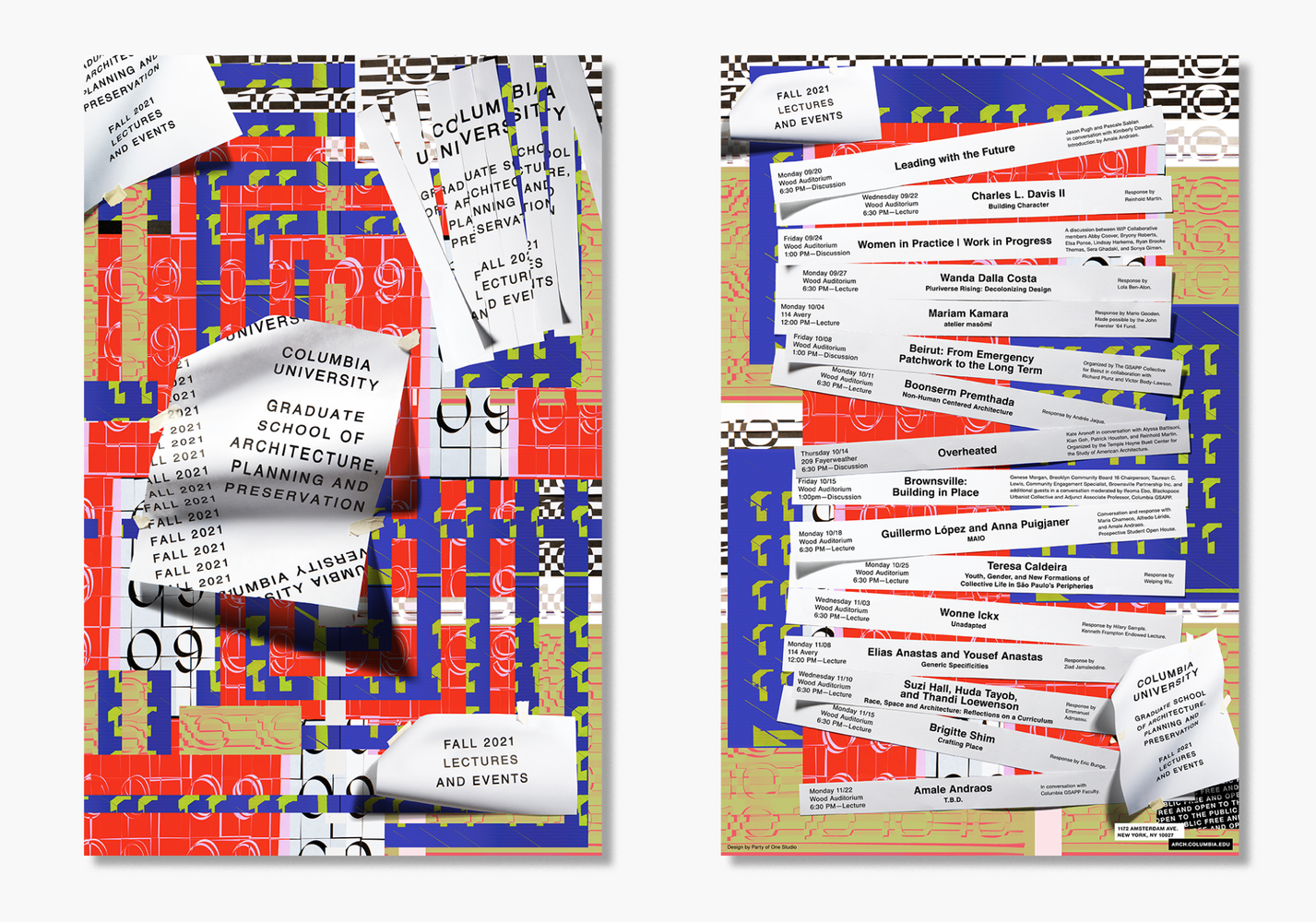 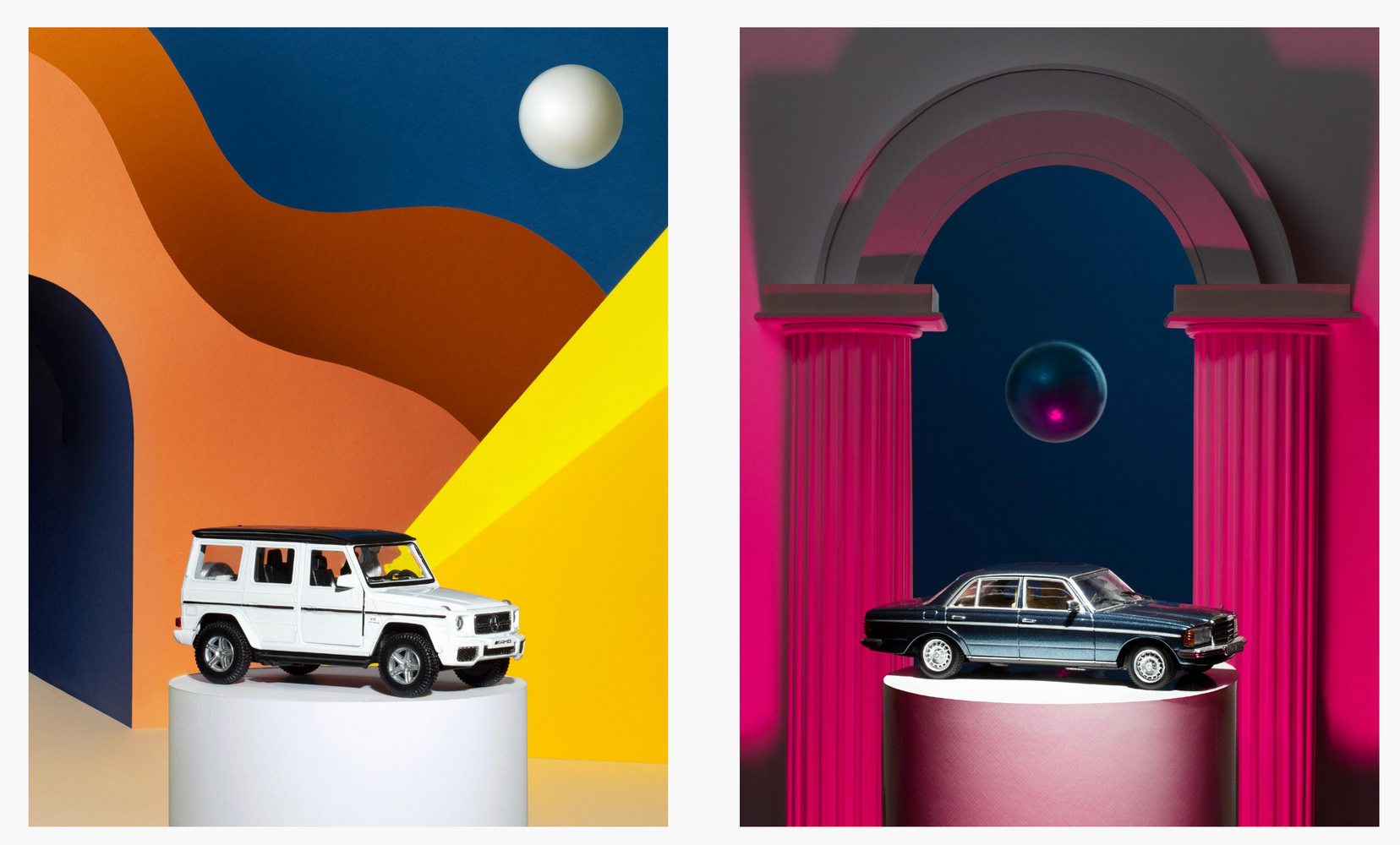 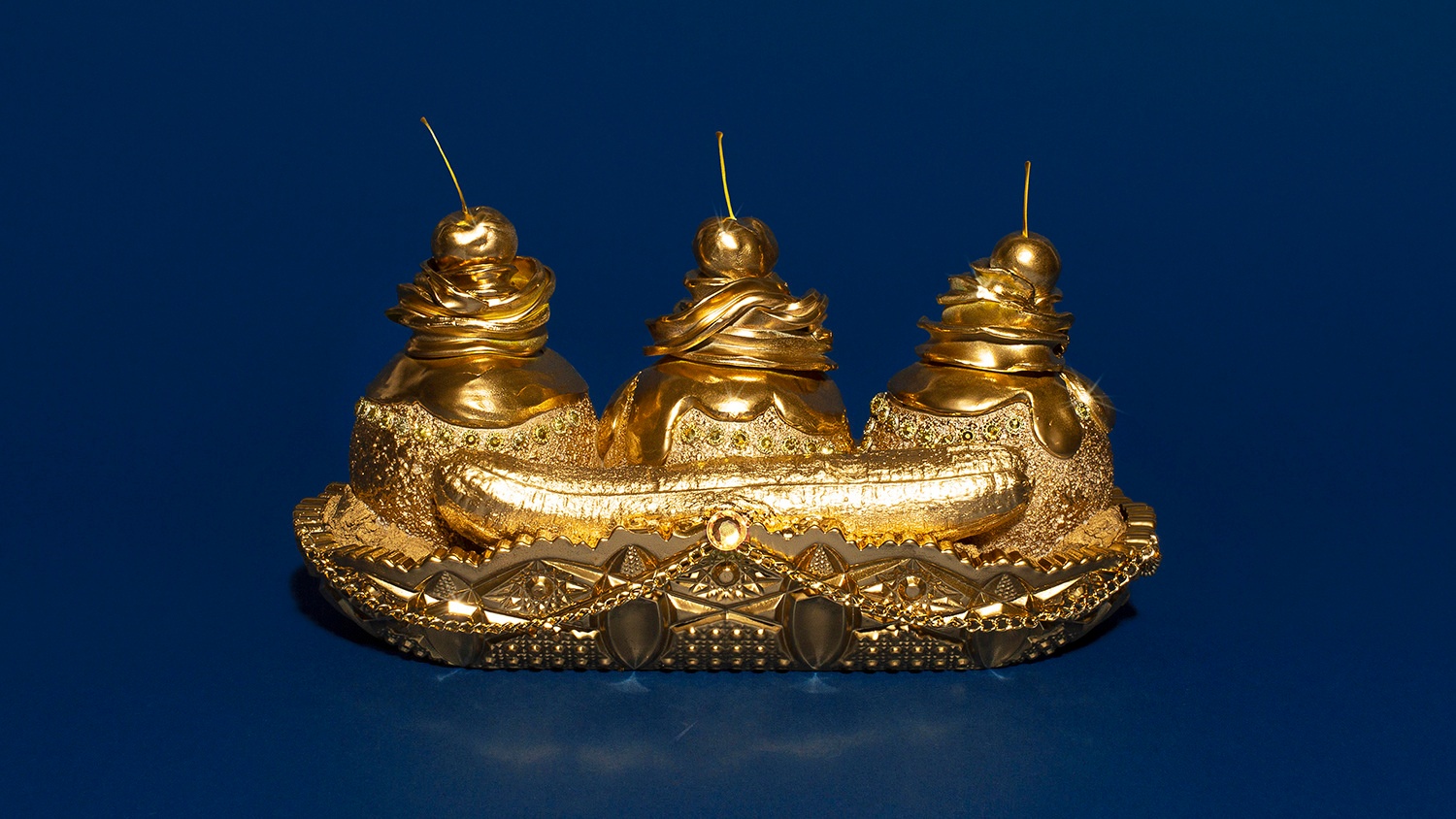 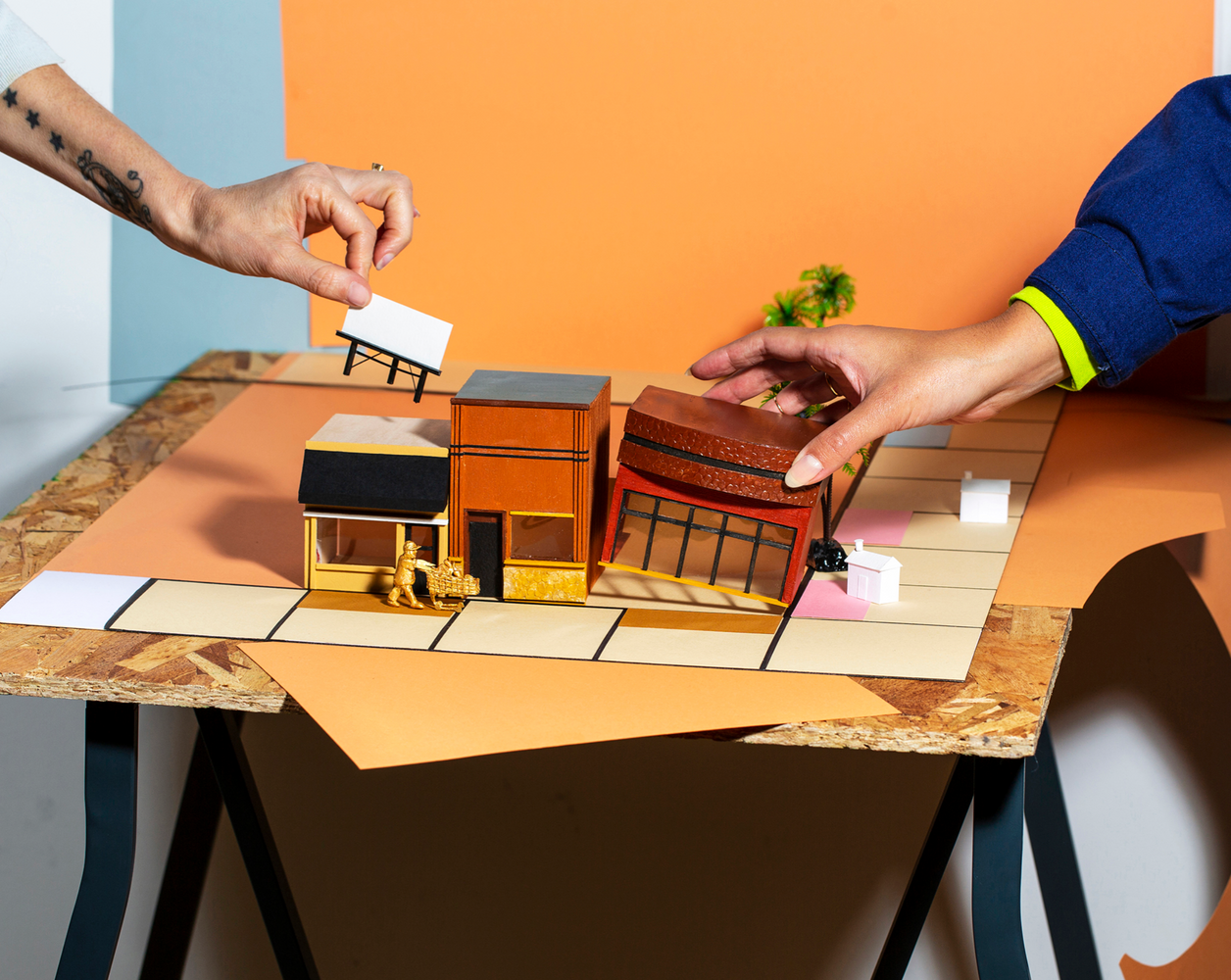 OMNIVORE is a 3-person, female-owned, graphic design studio located in Brooklyn, NY; Portland, OR; and Los Angeles, CA. They are second generation Asian-Americans, working mothers, design educators, small business owners, food lovers, justice seekers and friends. They have been collaborating since 2002, and have worked on projects for the Venice Architecture Biennale, Princeton University School of Architecture, nArchitects, ICA, The New Museum, Center for Architecture, New York Times, and The Atlantic, among others.

Albert Hicks IV is a graphic designer from Baltimore, MD. He currently is an Art Director at Bloomberg Businessweek. In the past he has worked at the Whitney Museum, Apple, and Wax Studios in New York. Albert has recently started an independent practice with his partner, Marcus Washington Jr., called Ayem, with an interest in how communities, spaces, and objects shape culture, language, and perspective.

Josh Jordan has been Director of the fabrication spaces and services for Columbia GSAPP since 2016. In this time he has overseen the renovation, rethinking, and operation of the newly-minted Making Studio, the organizational name for the physical and digital fabrication workspaces for GSAPP students. Jordan has a Masters of Architecture from the University of Pennsylvania degree from his hometown of Philadelphia and a background in commercial fabrication, general contracting, and restoration. He has worked in architecture offices in both Vancouver BC and Philadelphia, including Marianne Amodio Architecture Studio (now MA+HG), DIGSAU, and Interface Studio Architects. He led the design and fabrication of the Never Built city on the Panorama of the City of New York for the exhibition Never Built New York at the Queens Museum in 2017 and contributed to the fabrication of (Not) Another Tower project by Tatiana Bilbao Estudio at the 2017 Chicago Architecture Biennial.

PARTY OF ONE is a collaborative creative studio founded by Melissa Deckert and Nicole Licht, based in Brooklyn, New York. Through combined experience in fine arts and traditional design, Party of One specializes in visual campaigns with an emphasis on unique and often handcrafted prop design, styling and sets. Their clients include The New York Times, Michael Kors, American Express, Mercedes-Benz and Penguin Random House. Party of One’s work has been featured in a number of exhibitions across the US and has appeared in online and print publications including Plastik Magazine, Working Not Working Magazine, and AIGA Eye on Design. Independently, they have lectured at Mankato State University, Rhode Island School of Design and Shillington School, and been guest critics at Cooper Union, Pratt Institute, and The New School.

Students that sign up for a portfolio review meeting must:

The Portfolio Review guest critics include:

Students that sign up for a portfolio review meeting must:

What is a portfolio review?
It is an optional opportunity to show and discuss your portfolio — as a presentation tool, as a narrative device, as a graphic document, as a cohesive compilation of works — with designers that have all gone through the process of compiling their own bodies of work and presenting them in various forms.

What should I expect?
Reviewers can offer editorial, technical and visual advice on your academic portfolios. They will not advise on how to get a job or what an employer is looking for. Our concern is to help you conceptually and visually think through the task of presenting ideas.

Can anyone sign up?
Only if you’re graduating in 2022. You must sign up and submit your files ahead of time. Spots may be limited. Attendance to GP lectures on Jan 29 & 30 is required.

How much time do I have?
Each group (of 4 students) will have 50 minutes to briefly present and receive feedback. How the 50 minutes are spent is up to the reviewers and the group.

What should I bring?
Bring PDFs of your WIP portfolios (as well as relevant reference materials if you wish). Export them for ideal viewing on screen, no larger than 15MBs.

When should I show up?
You will choose to meet on Saturday or Sunday (Feb 12 or 13). A meeting schedule will be posted once your portfolio PDFs are received, and Zoom links will be shared. Please be on time. If you don’t show up at your given time, you will forfeit your slot.