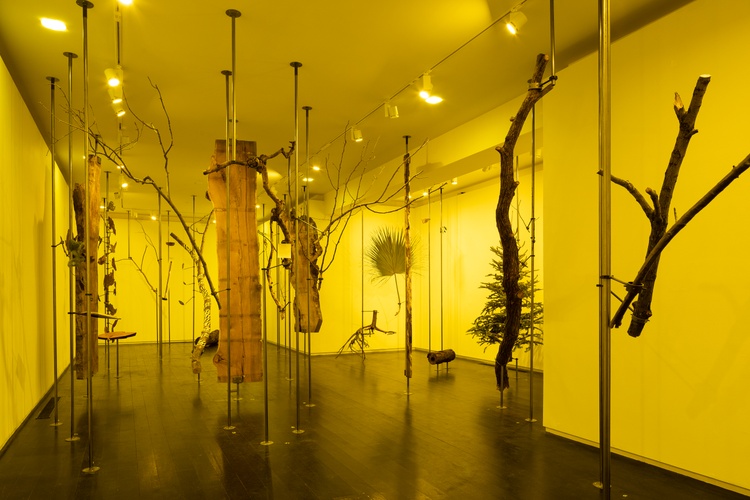 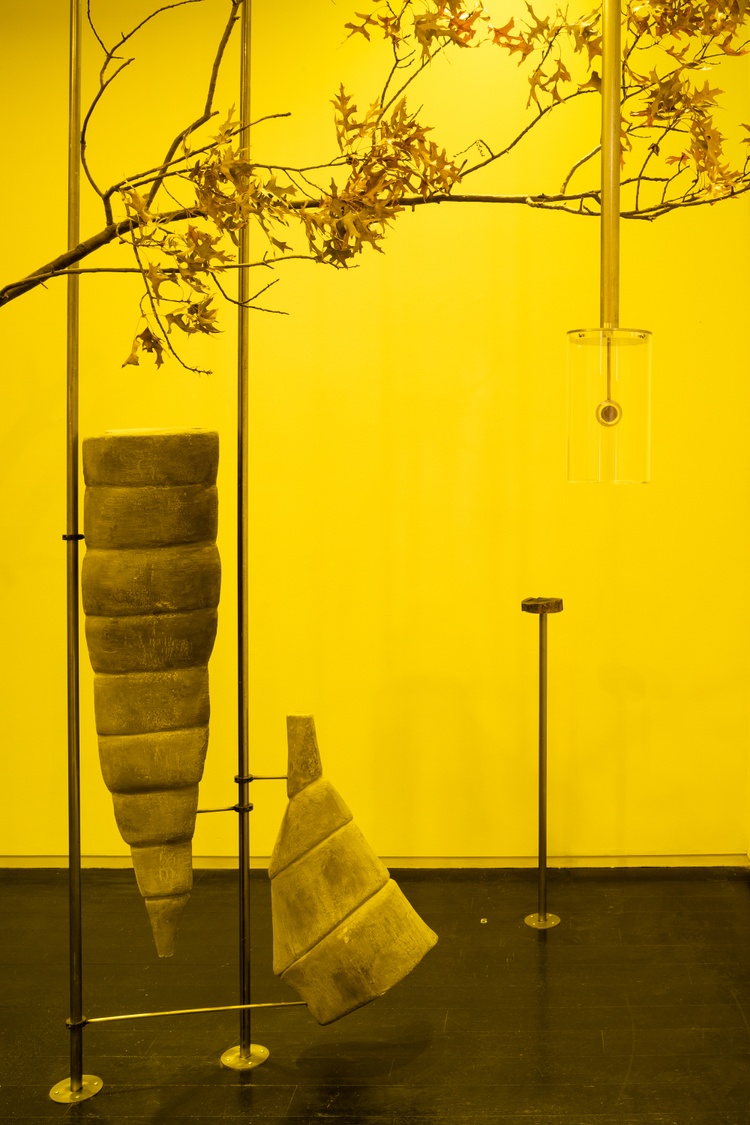 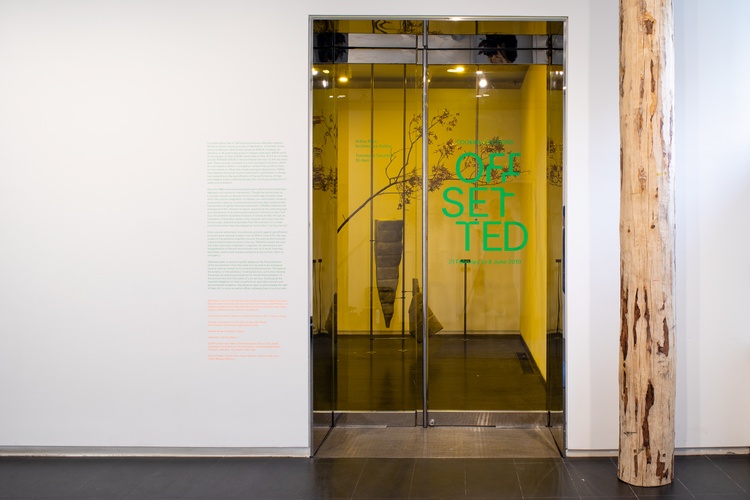 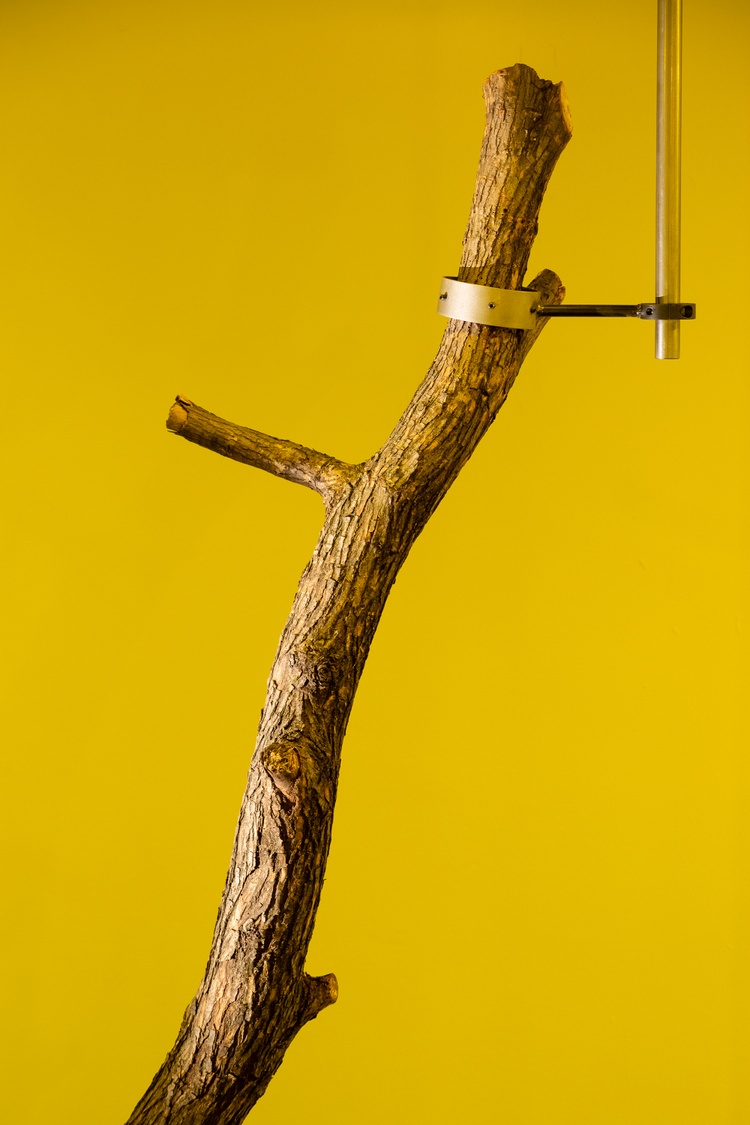 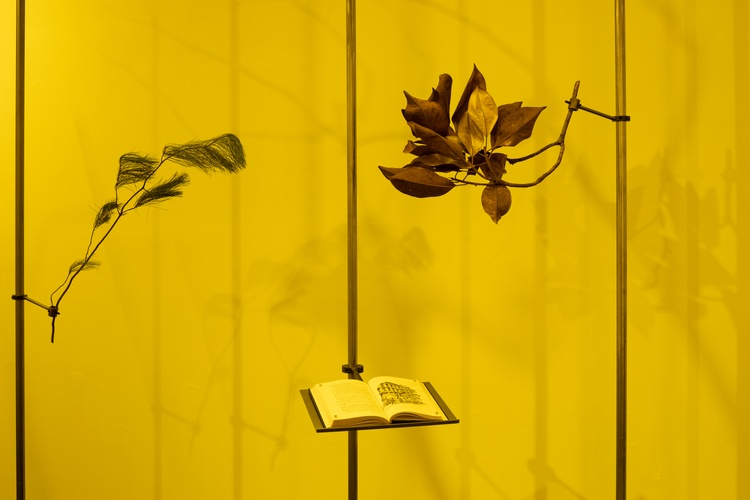 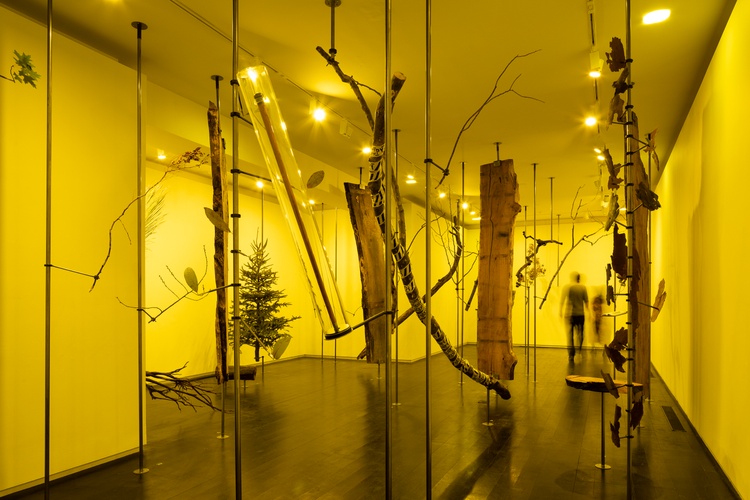 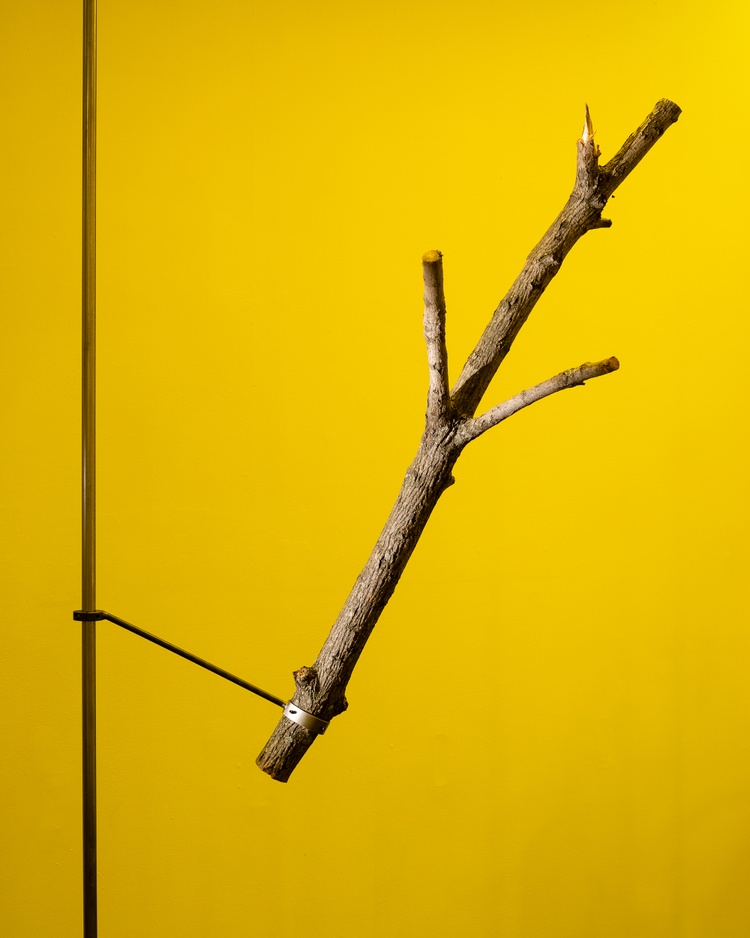 Offsetted is an exhibition conceived and designed by London-based spatial practitioners Cooking Sections (Daniel Fernández Pascual & Alon Schwabe). An immersive installation comprising matter from New York City trees — including bark, branches, trunks, leaves, and clippings — will assemble a constellation of narratives about the political and economic interests that have both protected and displaced the city’s trees under the pressures of urbanization.

A London plane tree at 728 Nostrand Avenue in Brooklyn reduces $13.55 of carbon dioxide annually. In Manhattan, a thornless honey locust at 320 East 42nd Street conserves $194.14 of energy. An ailanthus at 95 Astoria Boulevard in Queens intercepts $46.16 worth of stormwater. In total, 678,183 street trees in New York City currently provide $109,625,536.06 in “environmental services” to the city every year. These services correlate to a tree’s biological functions, which are calculated in dollars—a mitigation scheme that positions trees as instruments to offset man-made ecological degradation. Rather than address the actual source of emissions, wastewater, or energy over-expenditure, the quantification of the performance of trees into tradable assets implicitly accepts the continuous production of waste and pollutants.

Since the 1980s, environmental preservation efforts have increasingly deployed such economic frameworks. Though the environment as a concept remains an abstract entity of seemingly priceless value within the cultural imagination, its habitats are nevertheless mined as an economic resource to serve humans, and have been unequivocally transformed into global financial investments. Offsetted examines the emergence of this valuation of nature, questioning the underlying logic and mechanisms of environmental protection. Focusing on New York City, the exhibition assembles histories of individual trees through an installation of branches, leaves, cross sections, and cores from the five boroughs, presenting episodes from the evolution of its urban environment when trees have played an active role in “serving the city.”

From colonial settlements to community protests against gentrification, to recent “green renewal” projects such as Million Trees NYC, the case studies in the exhibition together uncover the political and economic interests behind the planting of trees in the city. Offsetted reveals the ways that trees have been mobilized to negotiate the permanence and disappearance of the built environment and, as a result, how they have been used to both displace people and secure their rights to occupancy.

Offsetted seeks to launch a public debate on the financialization of the environment—from the scale of a city tree to an ecological reserve—and on current forms of environmental justice. Throughout the duration of the exhibition, Cooking Sections will further develop the project by exploring procedures for the de-financialization of the environment and the stakes of such actions. Challenging the imposed obligation on trees to perform as speculative assets and environmental mitigators, they propose ways to acknowledge the right of trees not to serve as carbon offsets, allowing them to just be trees.

Offsetted began as a lecture-performance for Performa 17 in 2017.