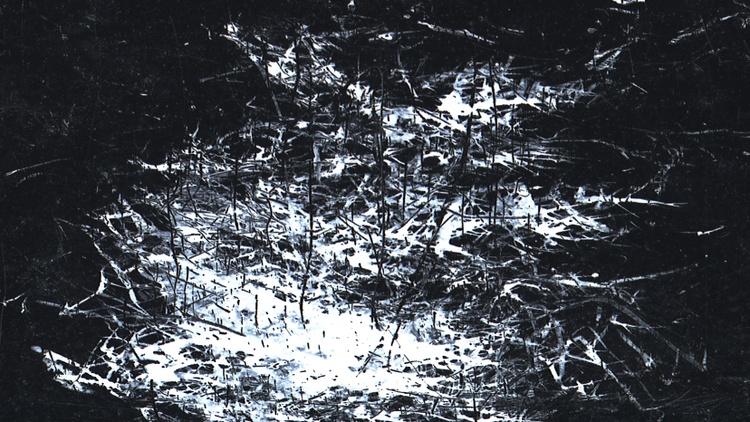 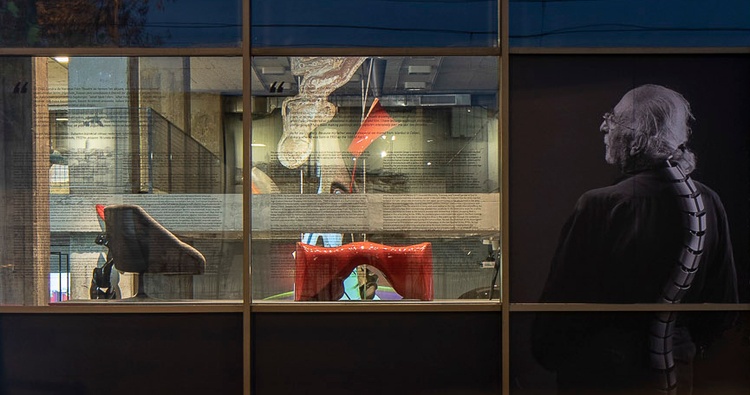 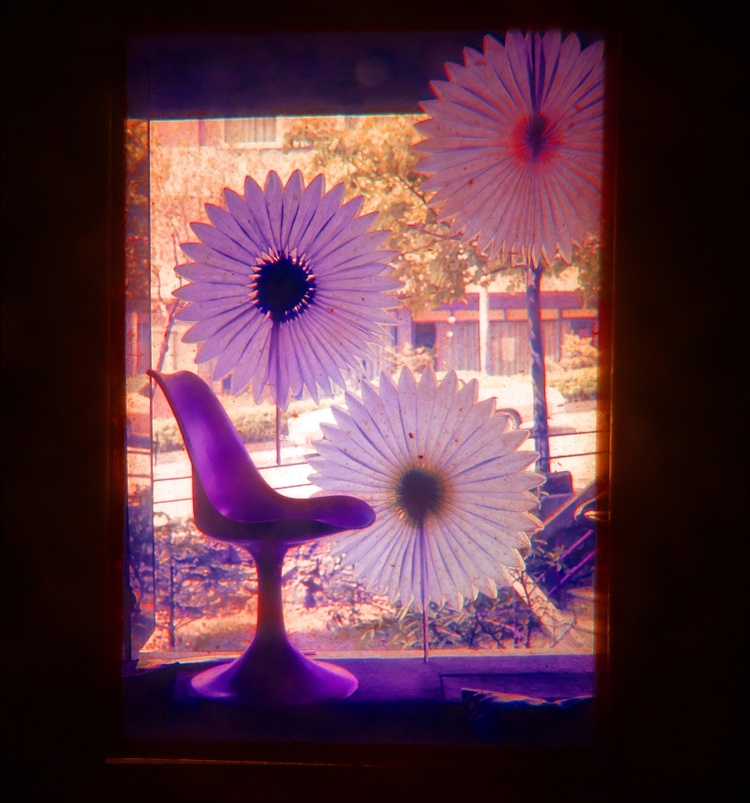 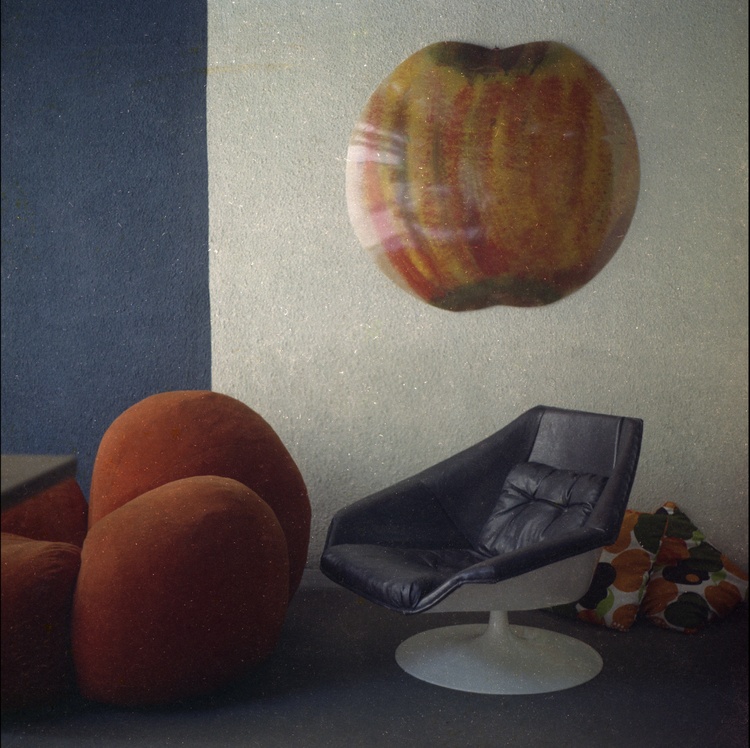 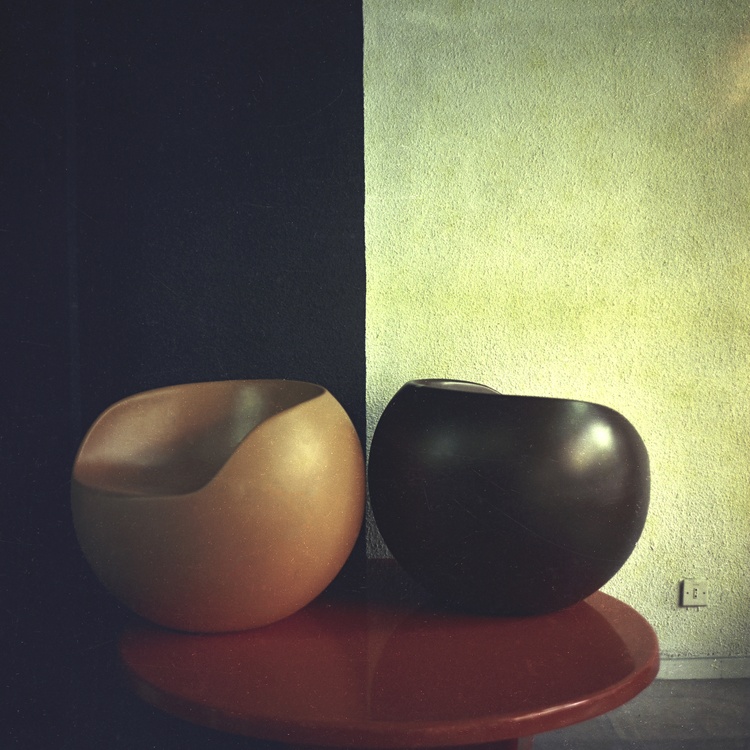 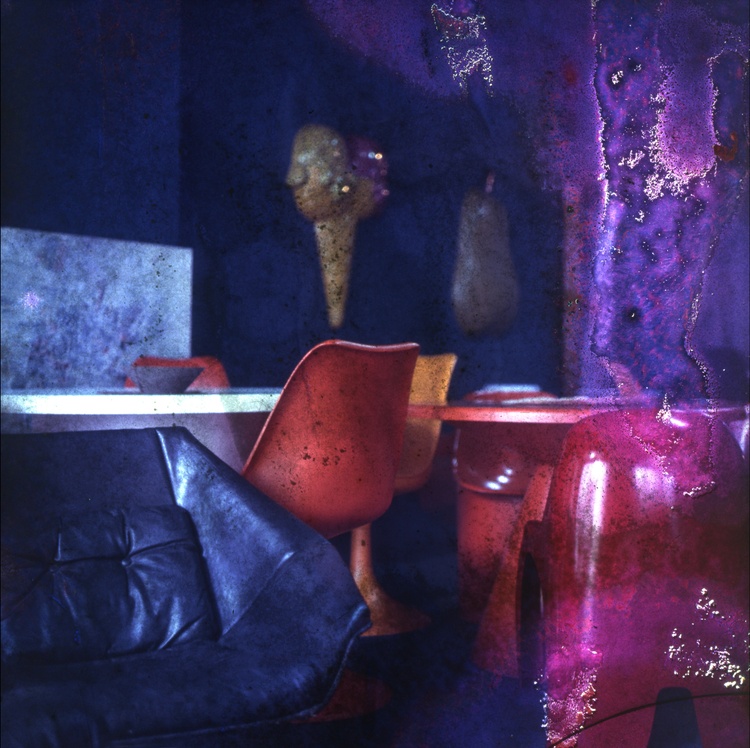 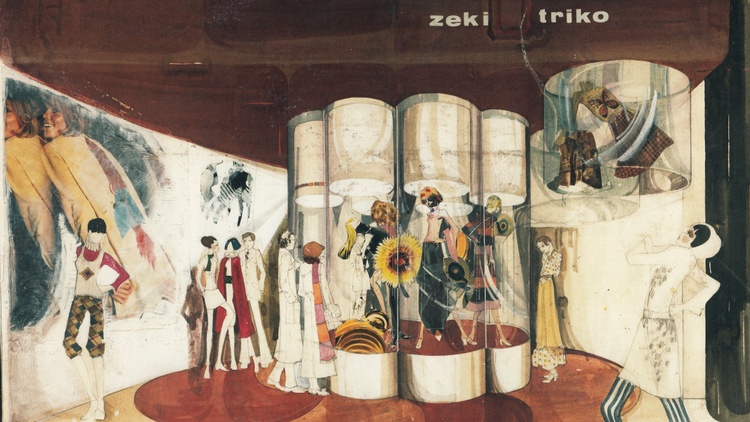 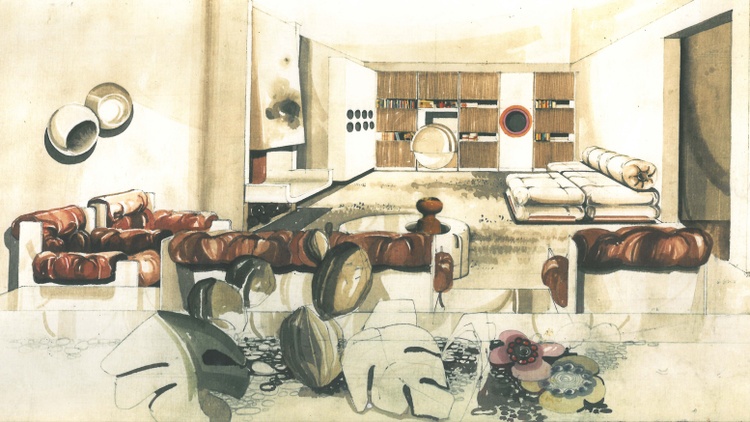 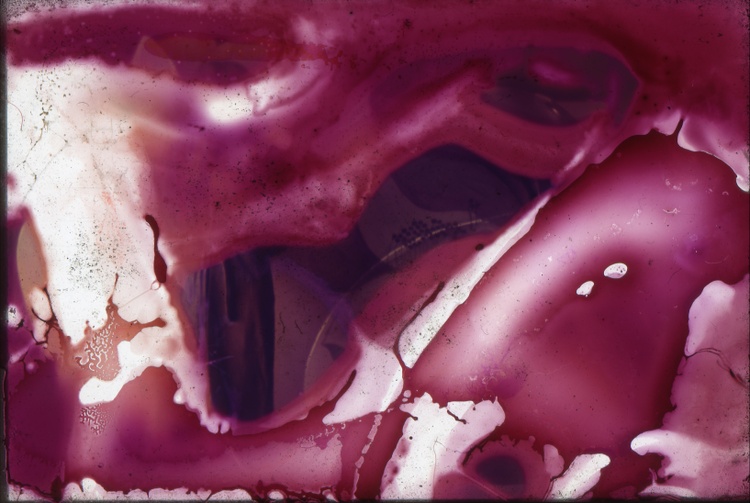 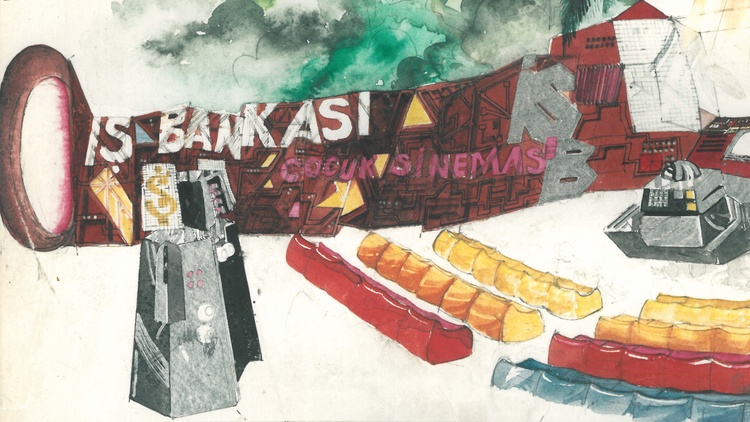 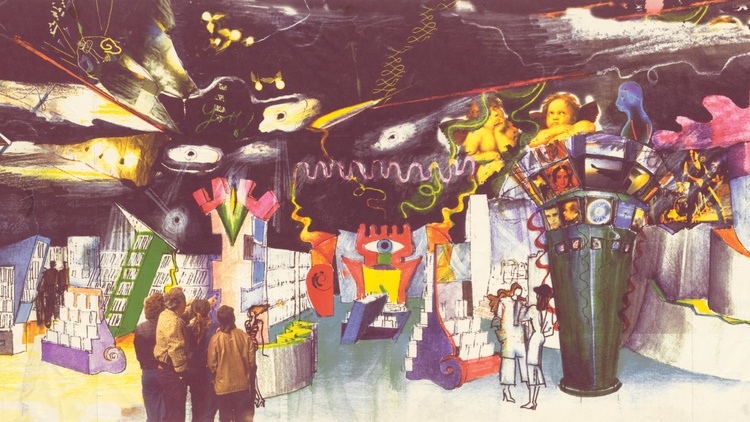 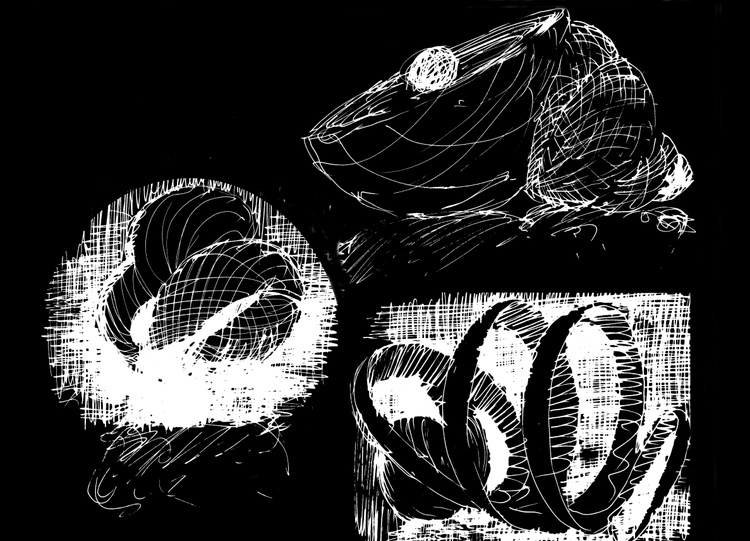 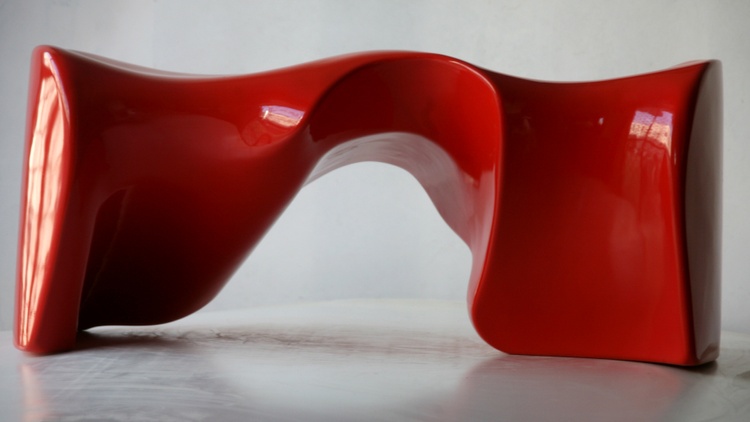 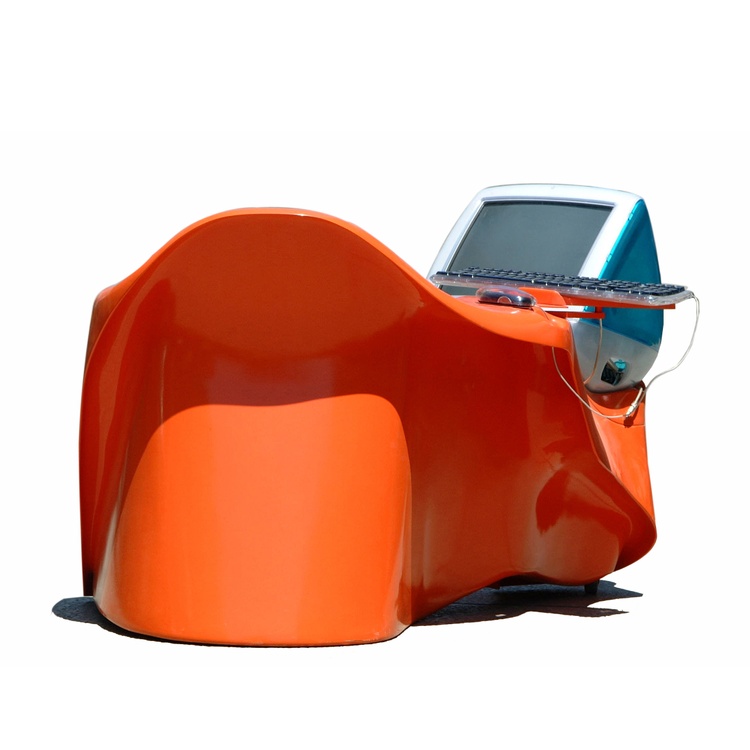 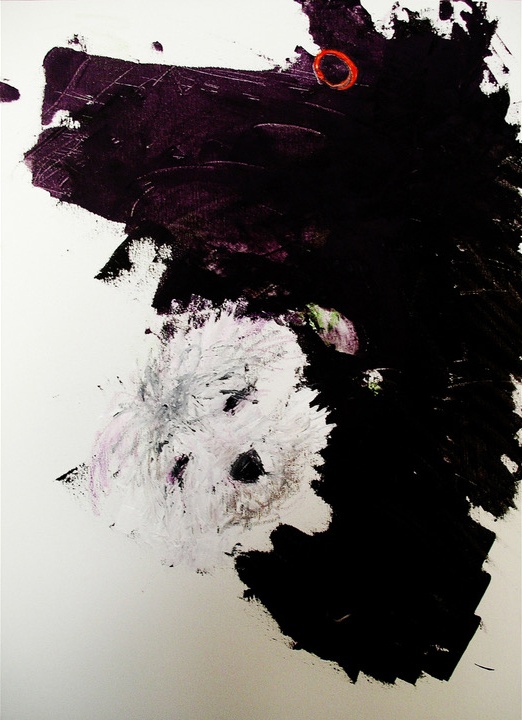 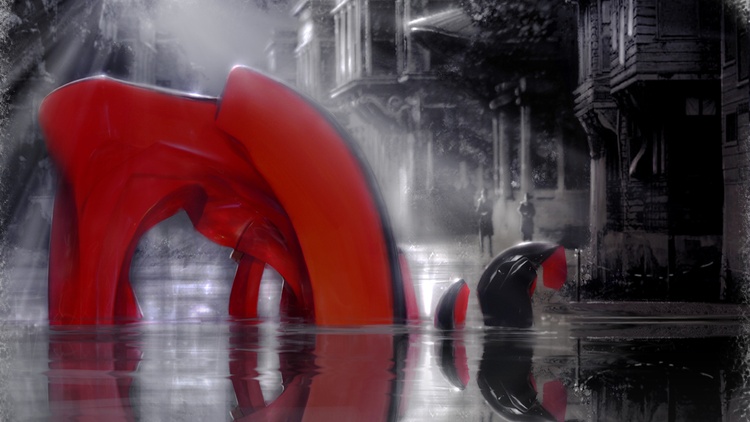 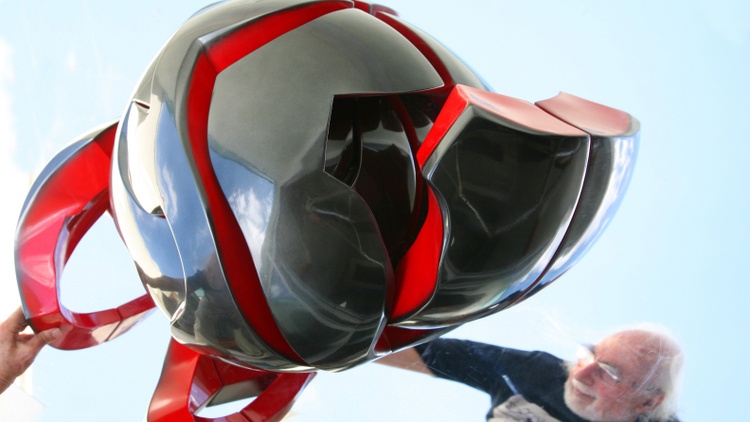 Architect, interior designer, furniture-accessory-decor designer, industrial designer, photographer, filmmaker, sound and image expert, painter, sculptor, teacher, writer. Science and technology follower, user, developer. Manufacturer, product developer using composite materials. Advocate of city rights and urban rights. He has a passion for sharing his knowledge and develops design whether it is his or not. For some he is a “man of Renaissance” and, for others he is a “genius”. He adopted the title of “dreamer” among all the names used for him; he often describes himself as “problem-solver”. With all these aspects, Yılmaz Zenger has lived a productive life, which is hard to come across. He has left long lasting footprints behind him; and it is up to us to trace these footprints, record, analyze, share, reinterpret and re-share them.

We have set forth the exhibition and the accompanying archival work as a first step to enter his world. This work has started with him. It evolved with the contributions of the people he referred to. Architects, interior designers, designers, photographers, artists, art consultants, material, production and health professionals, advertisers, publishers, employers, academicians, students, his family and foremen—in other words his companions—have stepped up as individuals reflecting his world of production and ideas and contributed to the documentation process with their words, writings, and archives..

A study has also been carried out on the personal archive of Yılmaz Zenger with the aim of opening it to researchers. A literature review was carried out, especially on periodicals. We wish that his products, works, and the archive including this collection contributes to new interpretations in the future, in accordance with the wishes of Yılmaz Zenger, who has left among us at one point, after entrusting his work to us.

This exhibition is prepared by Studio-X Istanbul with the support of Kalebodur in parallel with the archival work carried out under the SALT Research Architecture and Design Archive. When completed, Yılmaz Zenger Archive will be available online. A separate selection of works of Yılmaz Zenger can be visited at SALT Galata.

The exhibition will be closed between December 19-26 due to the POEDAT conference that will be held at Studio-X.

In 1962, in London at the National Film Theater, I watch one of the most important works in the history of cinema almost every evening. An important work of Italian new cinema, the final scene. The hero of the film screams with regret, “what have I done, what have I done”. I’m at the desk to write my life story, my head is between my two hands, I’m confused, I say what I did, and I am full of regrets.

I worked as an engineer architect, industrial designer at various universities for more than sixty years, in various fields of interest; sculptured for years, made drawings, paintings, there were times when I was considered as professional in photography and film. I have lectures on design philosophy and language. I have been making paintings and sculptures intensively over the last few decades.

As for my life story: Because my father was a bureaucrat we moved from Istanbul to Cebeci, Ankara where I was born in 1933 on the 16th of April…

The above lines are the starting notes of the life story of Yılmaz Zenger, who we lost in August 2018, so could not find the opportunity to complete it, but which he dealt with extensively and which he set up as an effective whole with his unique style. We’re taking over at this point for a short biography hoping that his life story to be published one day.

At the age of one-and-a-half he was sent to Istanbul, his uncle’s home in Cibali, where he lived until elementary school. He spent most of his summer holidays in Istanbul until the end of high school. He graduated from ITU Faculty of Architecture in 1958. He worked at the Planning Department of Istanbul Municipality between 1957 and 1959; he left protesting Prime Minister Adnan Menderes’s development implementations; he started his doctoral studies on “Eyüp” in ITU as an assistant.

When he along with Bülent Özer et al. started to publish Mimarlık ve Sanat [Architecture and Art] between 1961 and 1964, Arkitekt was the only architecture magazine in Turkey. At the dissertation completion stage he was encouraged to study abroad because of his intellectual disagreements with Prof. Kemali Söylemezoğlu. He went to London; he participated in the development of private cinema cameras for the BBC and joined the ILFO CHROME’s emission research in ILFORD (1962-1963). He founded and directed the Foto Film Center at ITU; produced articles and lectures on the future of visual language and technology (1965-1966). He was among the founders of the Yapı-Endüstri Merkezi (Building Information Centre, 1968) and served as a board member. He started working on computer aided animation; prepared the 35mm animation film called Kuşlar Birds (1969). Despite his achievements in architectural project competitions, he abandoned the profession of his dreams and turned to furniture design and production. From 1962 to the present, he has taught in various universities, participated in conferences and workshops. From 1964 to today, from furniture to mechanics, from electronics to banking equipment, he has completed various projects. In 1971, he founded Zenger Furniture, where he made molds and prototypes for furniture and decorative building elements until now.

In 1970s, together with the interior architect Güler Umur, they established the DERME decoration in Gümüşsuyu on İnönü Street. In 1974, in Nişantaşı, Abdi İpekçi Street, they opened an extraordinary furniture, clothing and accessory store named BEZDEN, where they also made interior designs; other partners of BEZDEN included Güzin Gürel, Judith Uluğ and Yıldız Dağdeviren. BEZDEN also held exhibitions of curtains, pillows, luminaires or fashion show every month. Güler Umur – Yılmaz Zenger partnership continued with the export company GUYZENCO; as GUYZENCO, they took part in the Igedo Fashion Fair in Düsseldorf many times and exported clothes and accessories to the boutiques abroad. In 1978 he designed and led the International Fashion and Bijouterie Fair in honor of the opening of the Palais de Congrès in Monaco; together with Güler Umur, they participated in this fair as GUYZENCO. Apart from these brands, his cooperation with Güler Umur continued for many years.

In 1972, he made the ticket sales counters, seating elements, wall panels and complementary elements with composite materials of the Turkish Airlines (THY) sales center in Taksim. In 1974, he designed and produced the stand of THY in İzmir International Fair. With this work, he had laid the seed of a series of works he would do for İzmir Fair. In the following years, he worked for companies such as THY, İş Bank, Türk Telekomünikasyon Endüstrisi, Puro-Fay and Uzel Traktör. In 1972, he designed the futuristic interiors of the American Cultural Attaché, along with the audio-visual equipment of the American Cultural Center and the American Library’s video-book units. In the same year, he made the concept and decoration of Zeki Triko’s shop in Osmanbey together with Güler Umur. This study revealed Zenger’s interest in fashion; contributed to Zeki Triko’s models; it also marked the beginning of fashion photography for Zenger. In 1973, he brought the first computer-aided animation to Turkey to educate the American colonies in İzmir, Ankara, Istanbul with the support of the US Information Center. He presented the same animations to the students and teachers at ITU Faculty of Architecture with a series of conferences. He designed a special projection system preparing the pro-lenses from acrylic blocks for the film Sibernetik Çağ Romantizmi [Cybernetic Age Romanticism] which was shown at the same conference.

In 1982 he was the general art director of the European Beauty Contest. Then he performed experimental applications in the field of show, stage decoration and special effects. He has worked as an assistant art director and art director on Dawson’s Yor, The Hunter from the Future (1983) and The Ark of the Sun-God (1984). In 1985 he became a consultant to UNICEF, from 1985 to 1989 he made two documentaries on the subject of “communication” supported by the Canadian government. He developed a project on portable family education unit for UNICEF and health policy for parliamentarians.

After the demolition of the old İETT (Istanbul Electricity, Tramway and Tunnel) garage in Şişli in order to be transformed into a business center in the late 1980s, he realized that the birds started to live in the lake, which was formed by the rain water accumulated in the pits formed in the area. He initiated a silent movement, staying away from politics, through civil society organizations with the aim of transforming the area into a living and used habitat in the city center, thus preventing the construction activities from commencing; planted tree seedlings to the field every week for a while. However, the initiative failed as the natural process was dismantled. Cevahir Shopping Mall is located in this area today. In the 1990s, he started a grassroots movement against the Park Hotel in Ayaspaşa. He took an active role in carrying the issue to the public sphere through the exhibition organized on the streets and trees during the construction. He was the chairman of the Association of Environmental Preservation and Survival of Ayaspasa. In the last quarter of the 1990s, he has played a critical role in informing and organizing the local community by showing them the documentary film which was commissioned to him by the relevant ministry to promote the third bridge planned to be built between Arnavutköy and Kandilli.

In 1990, he attended the Animation Films Festival in Prague with his film Communication for Health and gave a lecture on low-budget computer animation. In the 1990s he focused mainly on design and implementation of ATM units for banks; designed numerous info-kiosks for large companies and banks. Starting from 1994, he contributed one-to-one to the establishment of the Science Center in Istanbul by designing the interior spaces and producing almost all of the demonstration units. In the same years he designed a healthcare module for a health center in Russia and produced it in his own workshop. In the late 1990s he rented an office in New York and opened a sculpture exhibition entitled Hemispherics in Gallery X in Harlem, New York (1999); Since then, sculpture work has started to intensify; made many sculptures based on the Mobius strip.

He participated in many solo and mixed exhibitions and fairs in Turkey and abroad with his furniture and sculptures from 2000s to today, mostly in New York and Istanbul; he was the curator for some of them; his works are in various private collections as well as the Presidential Art Collection in Turkey. His articles have been published in many journals and newspapers on design, art, science, new technologies, new production methods and sustainability.