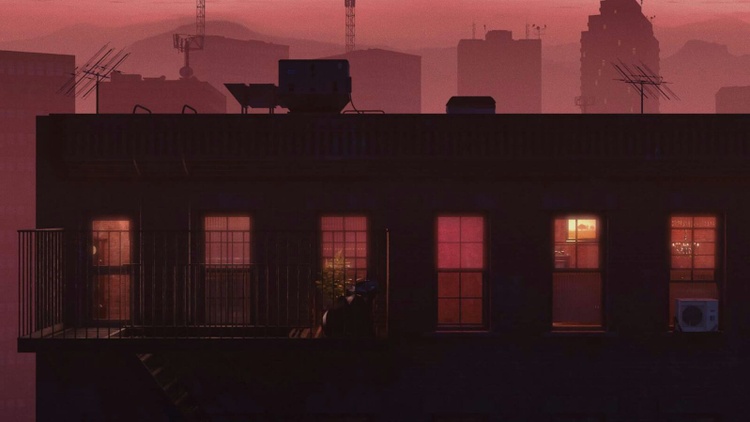 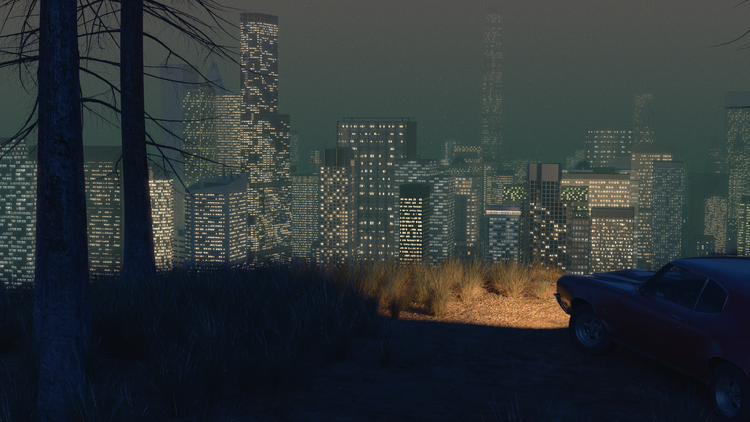 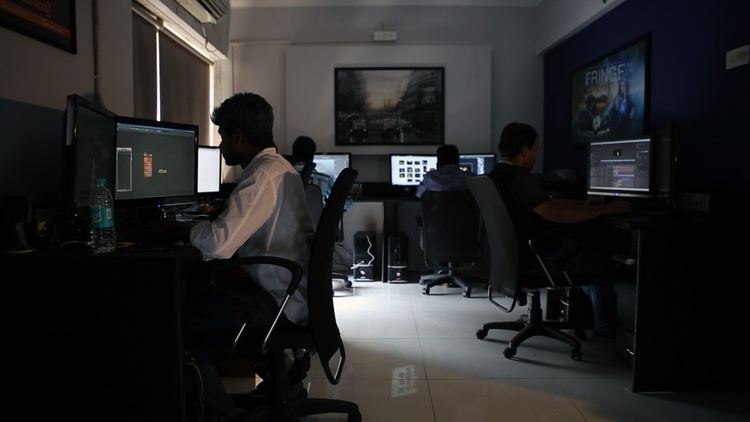 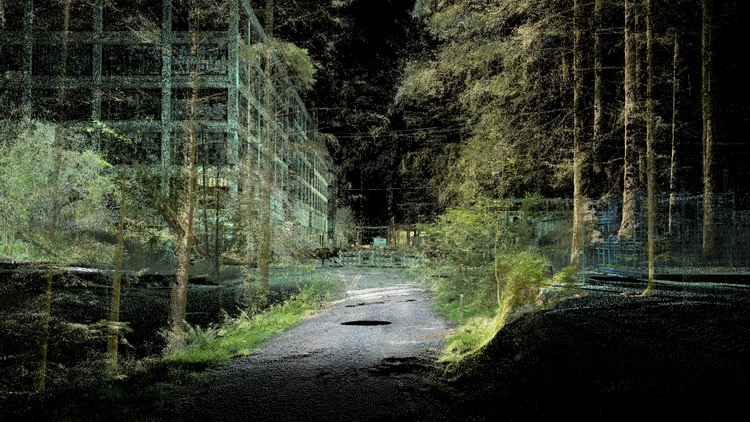 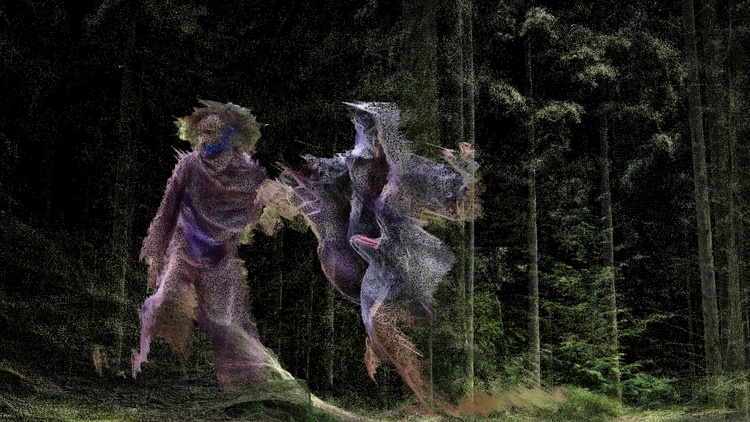 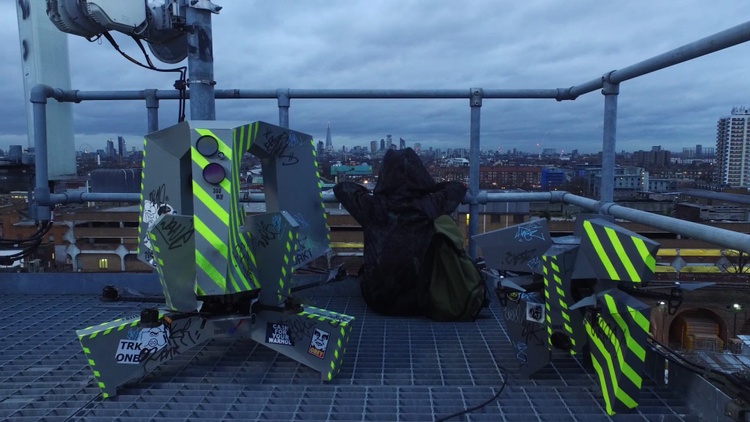 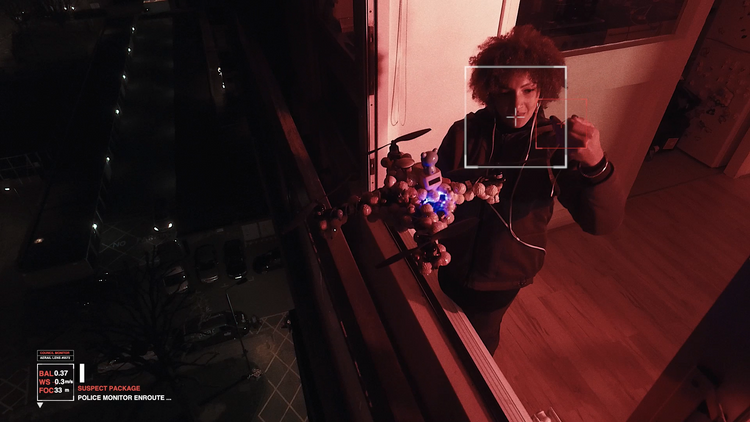 The Arthur Ross Architecture Gallery presents Liam Young: New Romance, the first U.S. solo exhibition of speculative architect, artist, and filmmaker Liam Young. The exhibition installation features a cinema, which will screen the three films on a loop – In the Robot Skies (2016), Where the City Can’t See (2016), and the debut of Renderlands (2017) – as well as a selection of props, materials and research that helped shape the fictional worlds encompassed in each film.

Liam Young has emerged as one of the most distinctive and adventurous voices in contemporary architecture. At the core of his multidisciplinary practice is a continuous interrogation of the present realities of cities and the extrapolation and exaggeration of existing networks, systems, and technologies to imagine possible future urbanisms. While storytelling, documentary film, and multimedia performance have been central to Young’s practice, the exhibition reveals his emerging engagement with narrative film as an architectural medium and his ground-breaking experimentation with new technologies as cinematic tools. Young deploys autonomous drones (In the Robot Skies), manipulates laser scanning and data (Where the City Can’t See), and mines the digital detritus of the global industry of outsourced renderings (Renderlands) to create new worlds where speculative scenarios unfold. Harnessing fiction and visualization technologies to craft urban imaginaries, the trio of films expand our understanding of how architectural design can uncover possible futures.

In the Robot Skies (2016, 10 minutes) is the first narrative short film shot entirely by drones whose cameras are programmed with specific cinematic rules and behaviors. The film tells the love story of two teenagers who communicate via a hacked drone from within the digital confines of their own council estate tower block in London. The film embraces the drone as a new instrument of visual storytelling, but also as the catalyst for a new network of surveillance activists and drone hackers within the infrastructure of smart cities.

Where the City Can’t See (2016, 12 minutes) is the first fiction film shot entirely through laser scanning technology. The film is set in the fictional Detroit Economic Zone (DEZ), in a not-too-distant future where Google maps, urban management systems, and CCTV surveillance are mapping, and ruling, our cities. The film explores the subcultures that could emerge from these new technologies, following a collection of young factory workers across a single night as they drift through the smart city in a driverless taxi.

Where the City Can’t See was directed by Liam Young, written by Tim Maughan, and produced by AND Festival and with support from Forestry Commission England’s Forest Art Works and funding from Arts Council England, St Helens Heart of Glass & University of Salford Art Collection.

Renderlands (2017, 8 minutes) is a mixed reality film set in the outsourced video game companies and render farms of India. The film tells the story of a digital renderer who has fallen in love with an animated actor he has created. It chronicles his construction of a dream city as the stage for his romantic fantasy, which he collages together from scavenged VFX movie models and 3D game assets that remain on studio hard drives–the remnants of cancelled production jobs. Using actual digital detritus from the film and game industries, Renderlands presents a contemporary utopia that exists in the thickness of the screen–a virtual city of demolished landmarks, drowned streetscapes, alien invasions, and synthetic actors.

Renderlands was directed by Liam Young, written by Tim Maughan, developed in collaboration with Dhurva Interactive, Labyrinth Cinematic Solutions and with support from Columbia GSAPP.

Press Release
Trailer for In the Robot Skies
Up next

Trailer for Where the City Can’t See