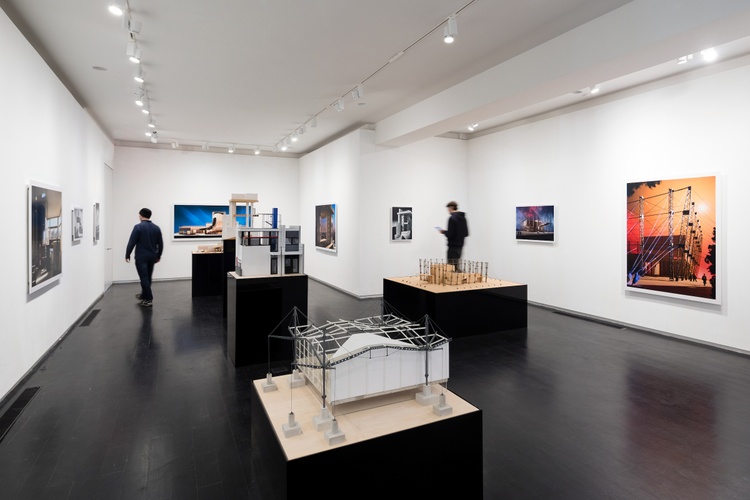 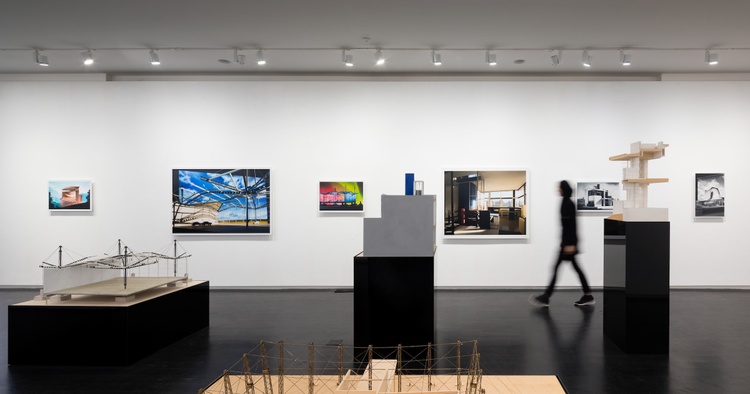 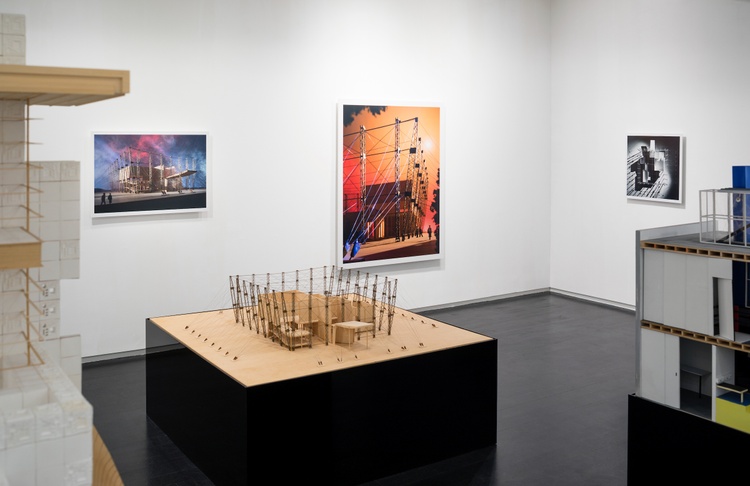 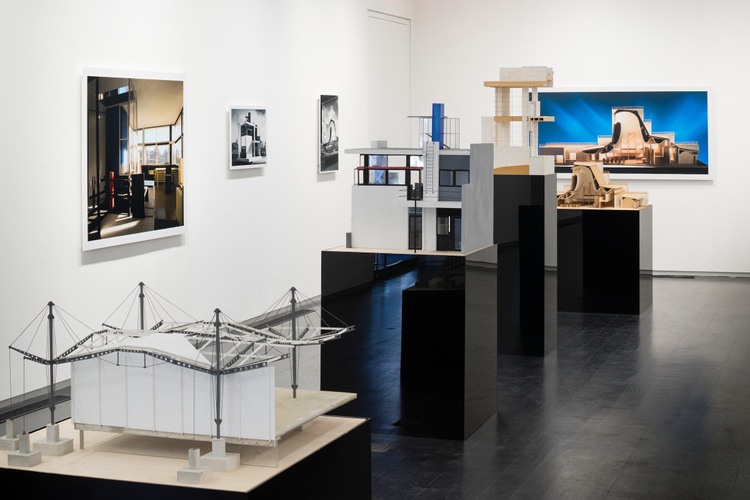 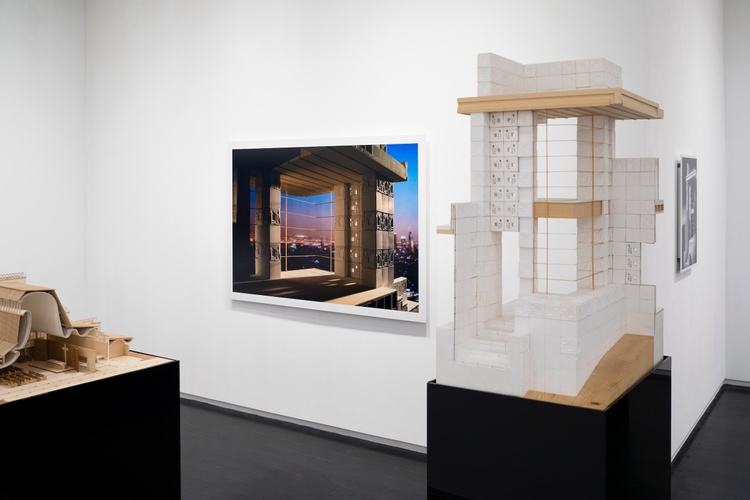 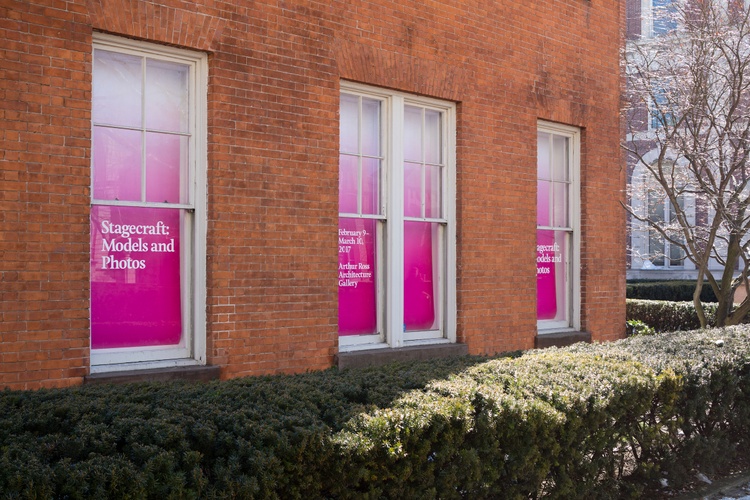 Confluent advances in photography and the rise of mass media throughout the twentieth century steadily fueled the production of architectural models as photogenic objects. As a hybrid form of architectural representation, model photography flourished for its ability to realistically envision a building in a future site, give form to complex theoretical concepts, and demonstrate radical proposals of monumental scale. Pivotal in the promotion of commissioned projects, model photography also cemented the iconic status of unbuilt visionary architecture—such as Mies van der Rohe’s Berlin skyscrapers, Frederick Kiesler’s Endless House, Louis Kahn’s City Towers in Philadelphia, and Kenzo Tange’s Plan for Tokyo. Yet the techniques and possibilities of this enduring intersection of architectural media have been increasingly overlooked within professional practice and education, as digital tools and platforms dominate the contemporary production of architectural representation—from video animations to 3D-printed objects to hyperrealist, outsourced renderings.

Stagecraft: Models and Photos explores the synergy between architectural models and photography as a wellspring of architectural invention. For this exhibition, the Arthur Ross Architecture Gallery commissioned architectural photographer James Ewing to photograph six models of notable twentieth century buildings, culled from the archives of Columbia University’s Graduate School of Architecture, Planning and Preservation.

Ewing’s photographs invite a reexamination of the ways architectural creativity and thinking unfold through the picturing of objects and the crafting of images. Using the gallery as a photography studio for several weeks, Ewing experimented with a range of lighting, framing, and staging techniques that drew upon his research on the history of model photography. He studied the archive of model photographer Louis Checkman, located at the Avery Drawings & Archives Collection at Columbia University, took inspiration from the work of Balthazar Korab and Ezra Stoller, and exchanged ideas with Jock Pottle, a prolific model photographer active during the 1990s and early 2000s.

As photographic subjects, the models—displayed alongside Ewing’s photographs—are a unique provocation. Rather than simulate whole buildings or strive for realism, the models illuminate moments of structural ingenuity and architectural craftsmanship. Representing projects by Le Corbusier, Frank Lloyd Wright, Gerrit Rietveld, Jørn Utzon, Norman Foster, and Peter Zumthor, the models were produced by students during the 1990s and early 2000s as part of historian and Columbia professor Kenneth Frampton’s pedagogical exploration of the history of architectural tectonics. The models are testimony to the students’ tactile intelligence and historical engagement with the “poetics of construction”—a term coined by Frampton. In dialogue with these objects, Ewing’s photographic illustrations offer a meditation on how the cross-fertilization of material and visual modes of representation can prompt new ways of seeing, making, and understanding architecture. 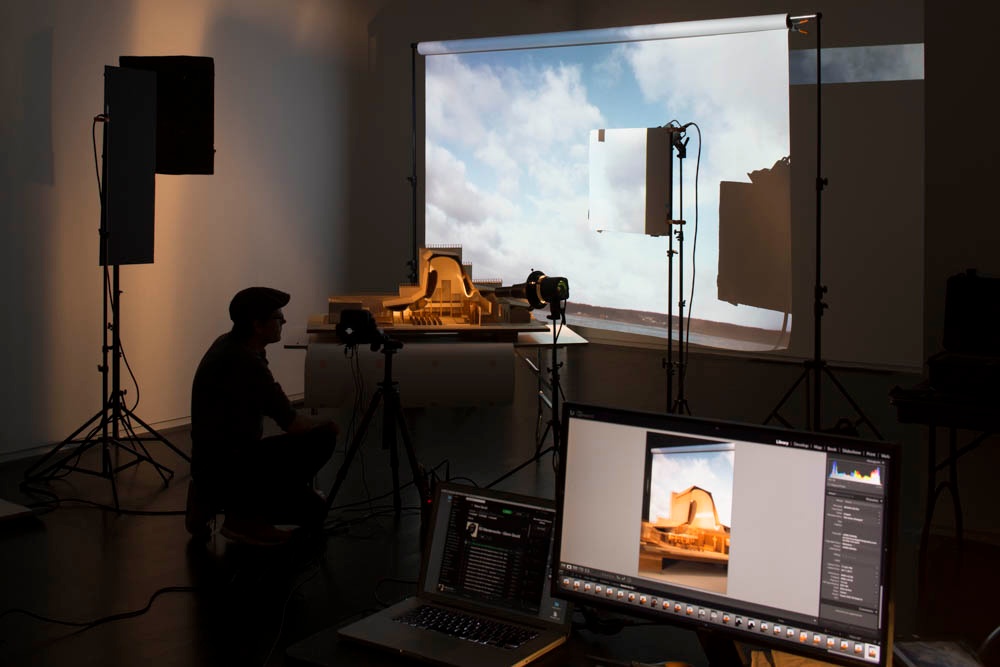 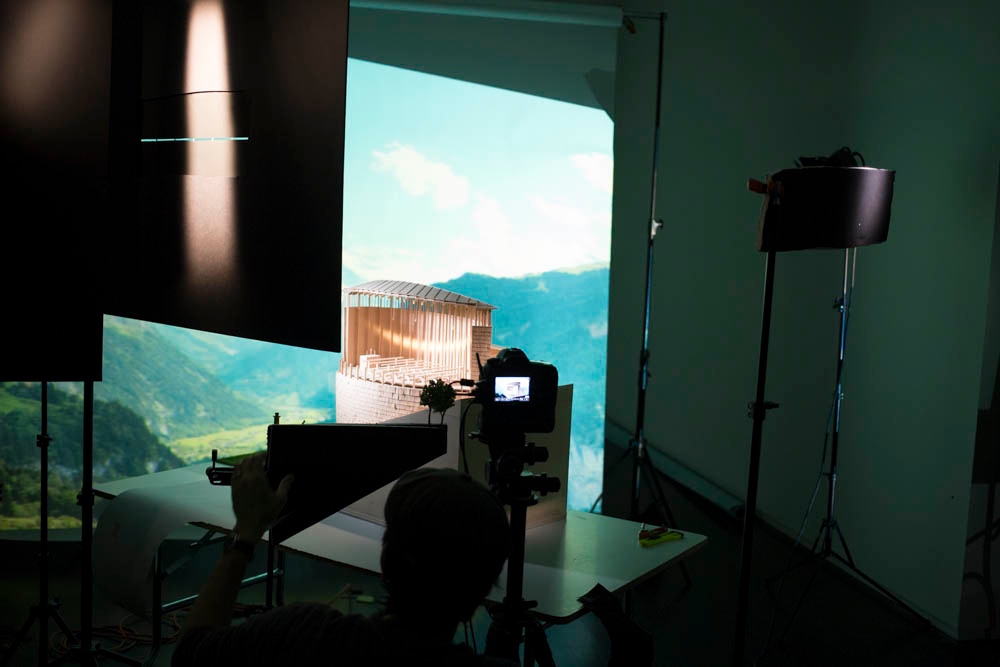 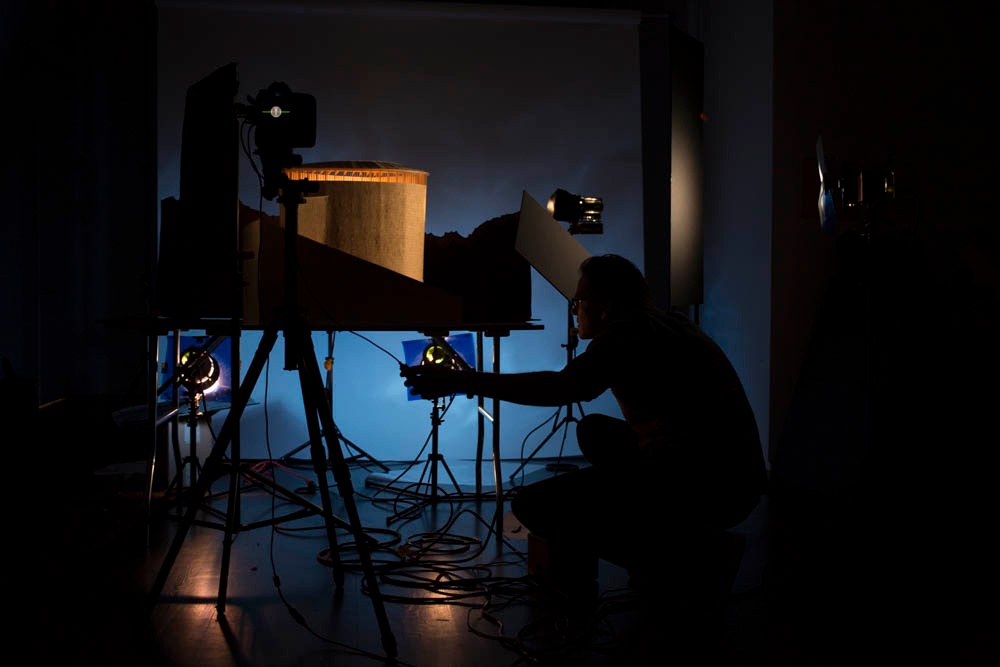 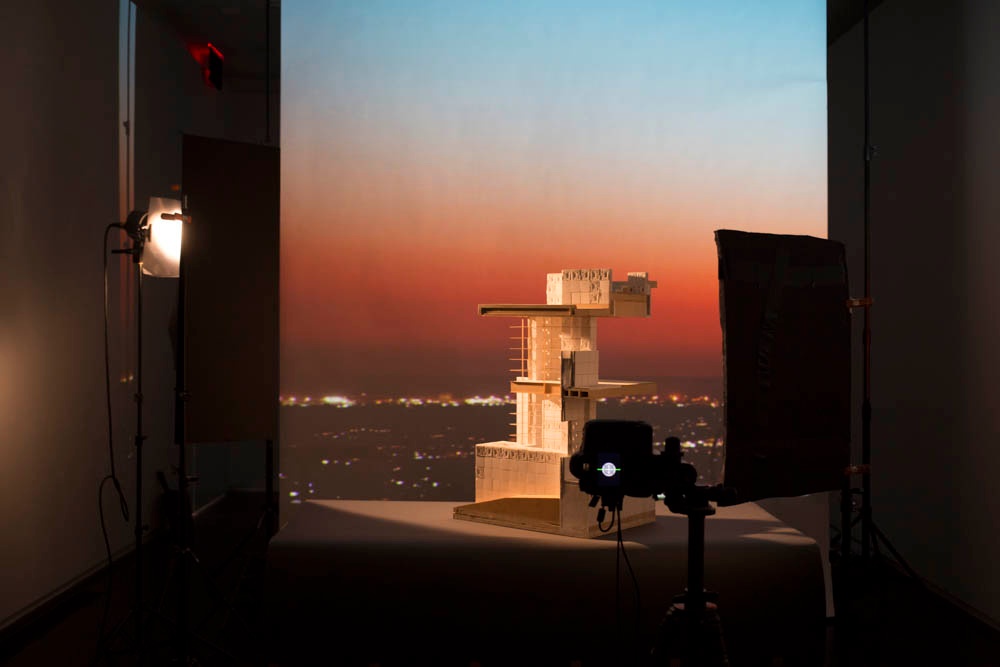 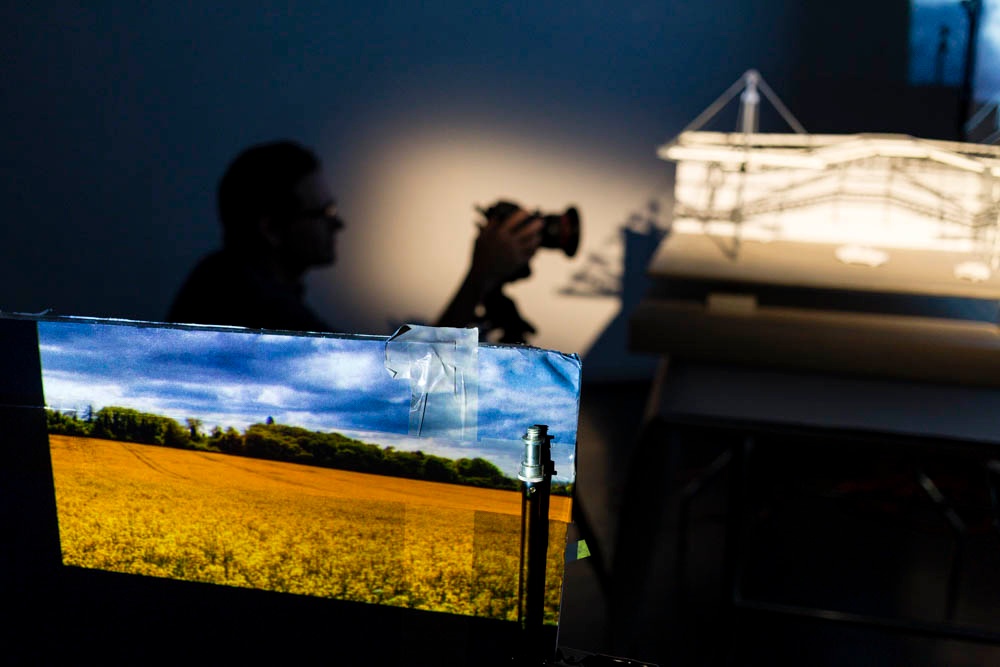 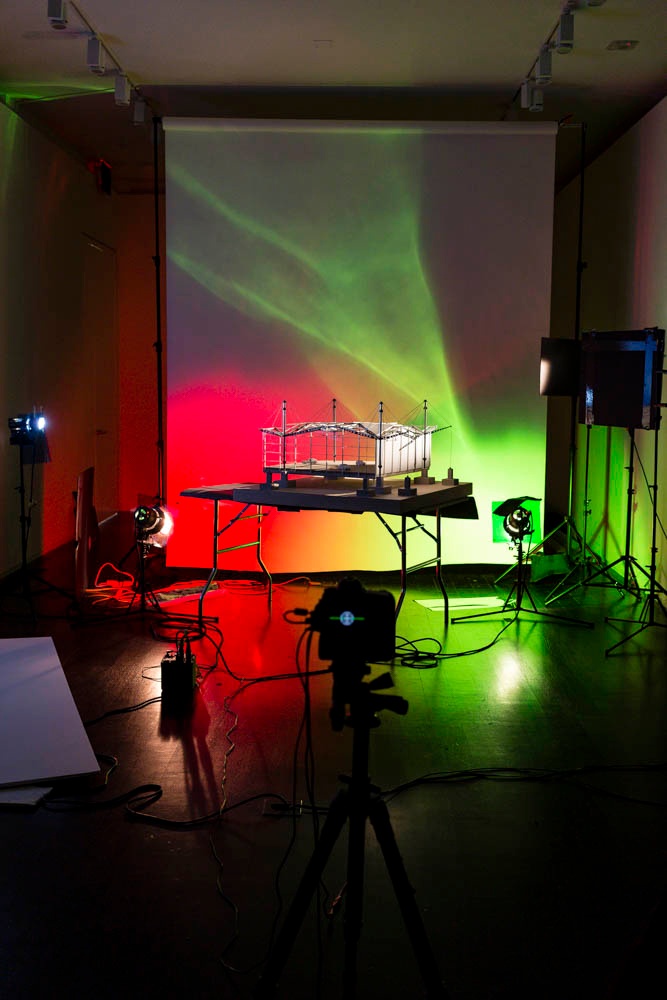 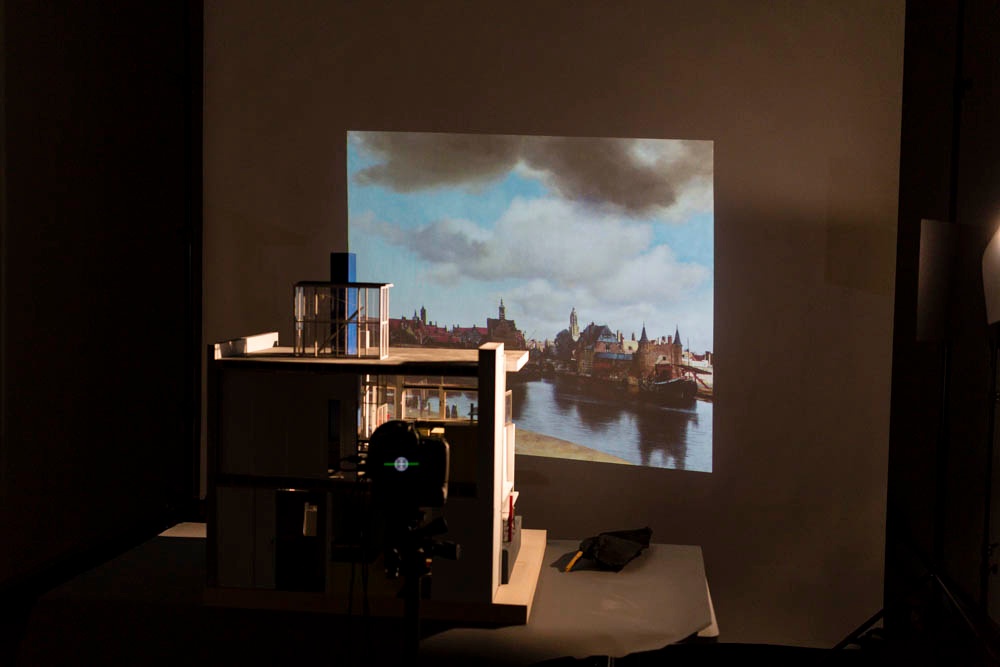 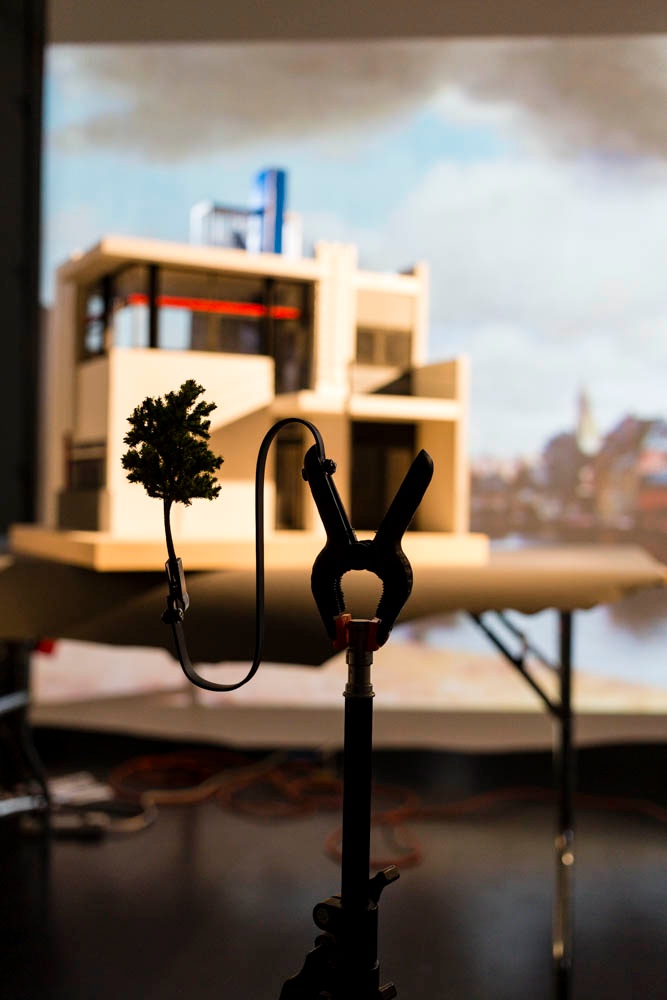 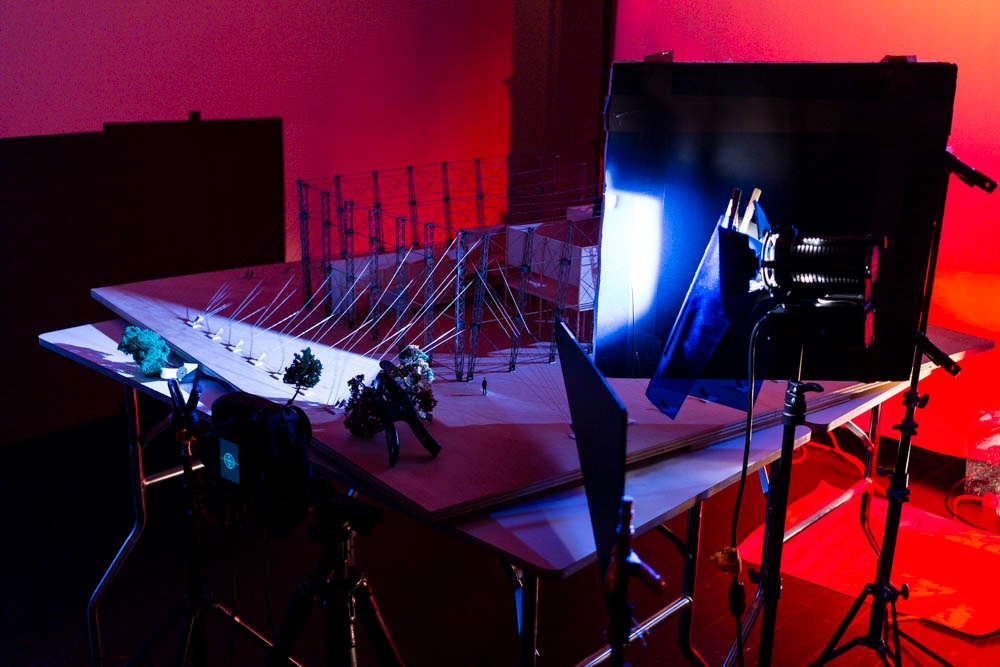 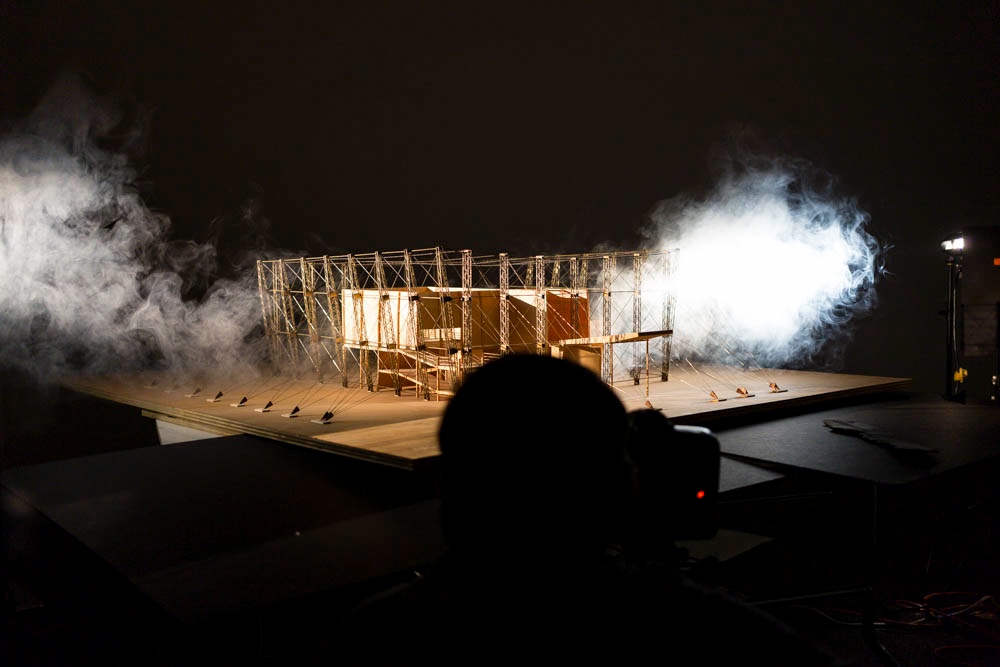 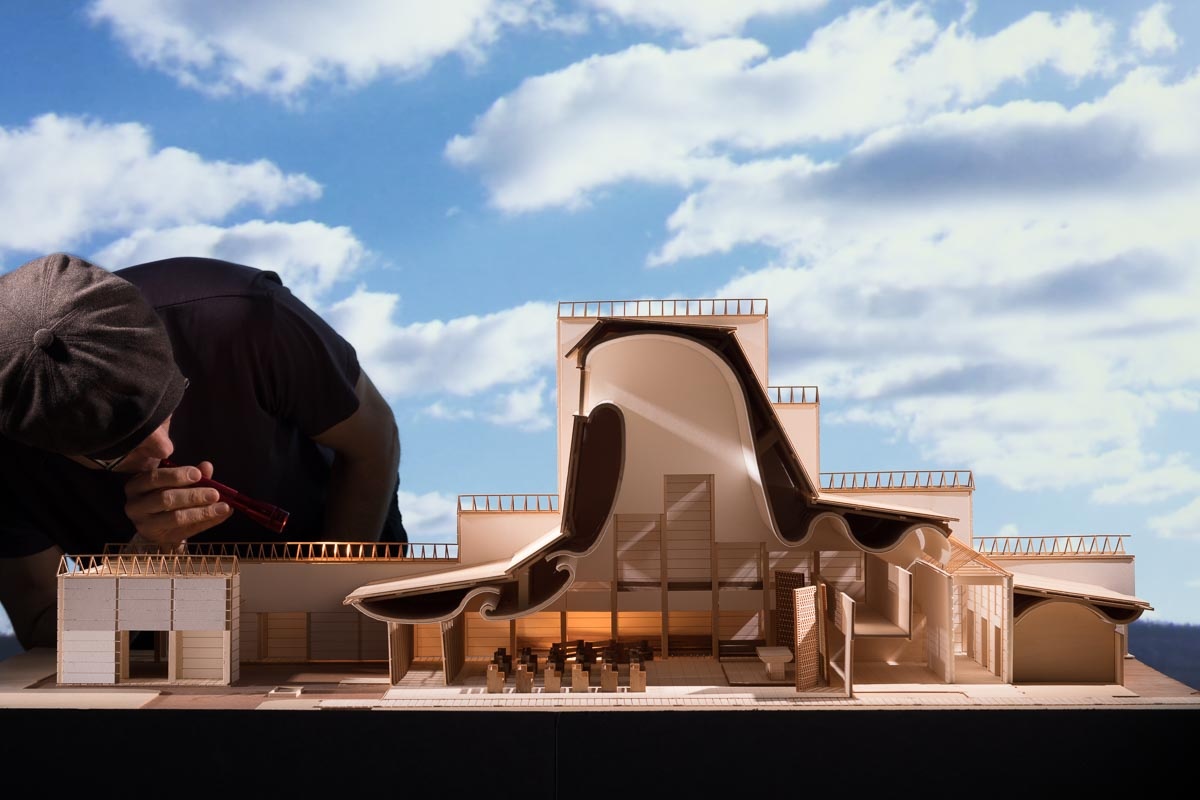