Wood Auditorium, Avery Hall
On the occasion of her lecture, Eleena Jamil was interviewed by Lucy Navarro for our podcast series GSAPP Conversations. Listen to Episode #82: Climatic Architecture: Bamboo as a Modern Building Material.

A performance by Mario Gooden in collaboration with Jonathan Gonzalez and Thuto Durkac Somo. Conversation to follow with Amale Andraos, Dean of Columbia GSAPP.

Working on Water is an interdisciplinary performance that explores the dark spaces of architecture from the cultural topographies of water to the topological conditions of deep space. Enacting feminist theorist Tina Campt’s concept of “practicing refusal”, this multi-media performance juxtaposes and enmeshes sound, visual art, choreography, video, architecture, film, and spoken word to create radical modalities of witnessing and architectural representation that “refuse authoritative forms of visuality which function to refuse blackness itself.” The performance is an exploration of architecture and the black ontology of water from the ship hulls of the Middle Passage, to the segregated waters of public swimming pools and beaches during the Jim Crow era, to the contemporary conditions of forced migration due to climate change. —“They say our people were born on the water.”

During the performance, Gooden presents the work of his architectural practice, Huff + Gooden Architects, and constructs an architectural discourse that refuses traditional forms of architectural representation that have long suppressed or denied black subjectivity in the conceptualization, making, and construction of architecture and public space. The selected architectural works include a public swimming pool facility in Charleston, South Carolina; the design for an elementary school in New Orleans; a performance garden and theater in Charleston, South Carolina; and museum designs for Virginia Key Beach, Florida and St. Petersburg, Florida. Joining Gooden, choreographer Jonathan González and film-maker Thuto Durkac-Somo construct movements and images projected in real time that layer dimensionality, depth, and open up the discursive spaces of architectural theory.

His practice engages the cultural landscape and the intersectionality of architecture, race, gender, sexuality, and technology. Gooden’s performance Black Holes Ain’t So Black was presented at the Museum of Modern Art’s Pop Rally Studio Visit: Practice as Ritual in 2018 and his performance The Motion of Light in Water was presented at the Princeton University BIM Incubator in 2019. Gooden’s work has been exhibited nationally and internationally including the International Exhibition of Architecture Biennale in Venice, Italy, Architekturmuseum der TU Mūnchen, the Netherlands Architecture Institute (NAi), Storefront for Art and Architecture, the National Building Museum in Washington, DC, and the Municipal Arts Society in New York. He is a 2012 NEA Fellow and a MacDowell Colony Fellow. Gooden is the author of Dark Space: Architecture, Representation, Black Identity (Columbia University Press, 2016).

Jonathan González is an artist working at the intersections of performance and other time-based media based in New York. Their recent works include Lucifer Landing premiered at Abrons Arts Center and MoMA PS1 as well as Maroonage: Elaborations on Performance, the Stage, and Staying Alive published for Contact Quarterly. They have been a Lower Manhattan Cultural Council - Workspace Resident, NARS Foundation Fellow, and performer with artists such as Tania Bruguera, Ligia Lewis, Cynthia Oliver, and Wu Tsang.

Thuto Durkac-Somo (‘19 CCCP) is an American writer and filmmaker. His writing on the art and technology of video cameras has appeared in Real Life Mag. Thuto was assistant editor on Pier Kids (2019) directed by Elegance Bratton. Thuto graduated in 2019 with an M.S. in Critical, Curatorial, and Conceptual Practices from Columbia University. His thesis focused on the architecture and narratives of playing virtual cities. He is a volunteer with 8-Ball Community, an arts non-profit organized around activism, art, and education. Currently, Thuto is a participant in the 2019-2020 Interdisciplinary Arts and Theory Program led by Avi Alpert, Meleko Mokgosi, and Anthea Behm.

Wood Auditorium, Avery Hall
On the occasion of her lecture, Eleena Jamil was interviewed by Lucy Navarro for our podcast series GSAPP Conversations. Listen to Episode #82: Climatic Architecture: Bamboo as a Modern Building Material. 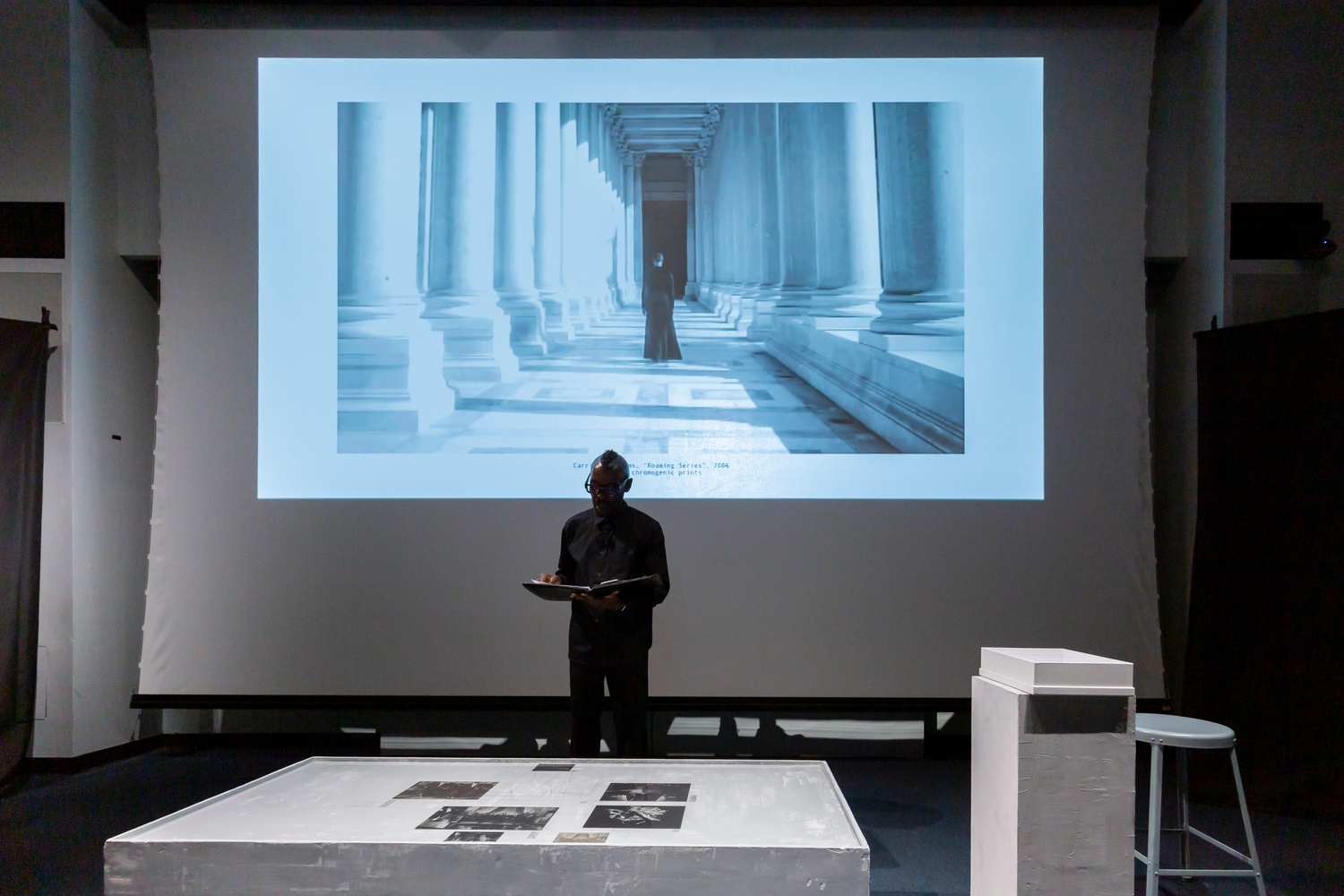 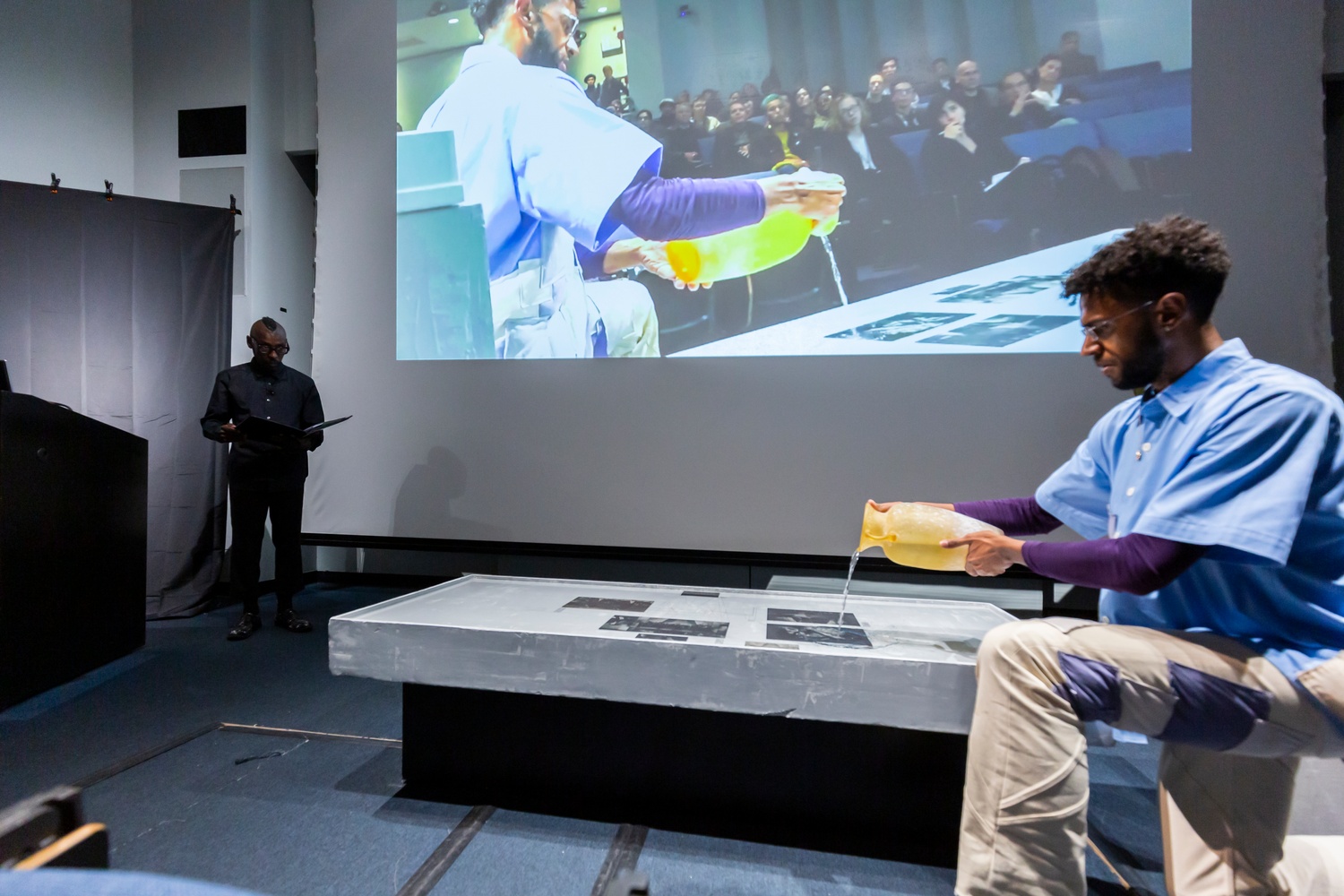 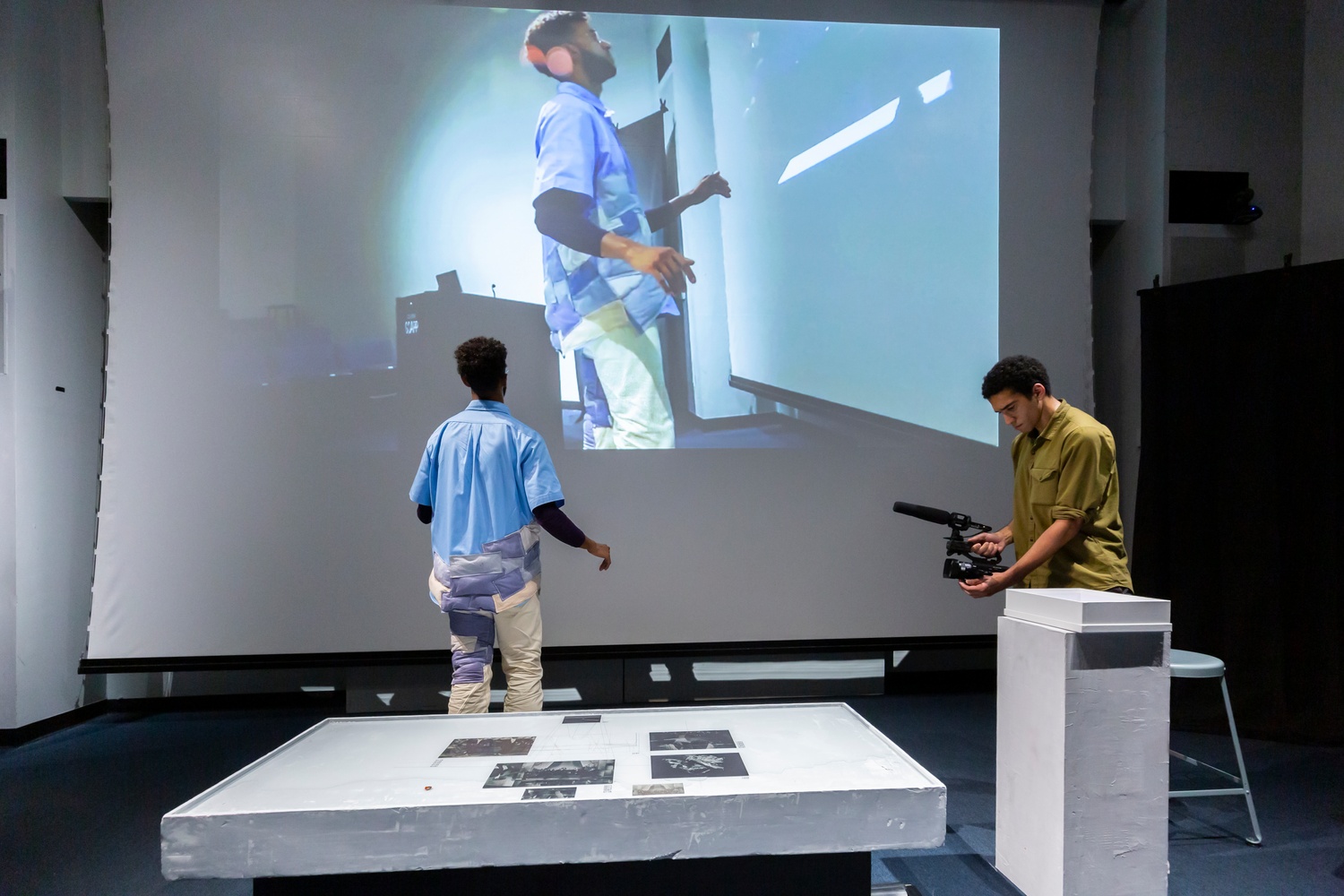 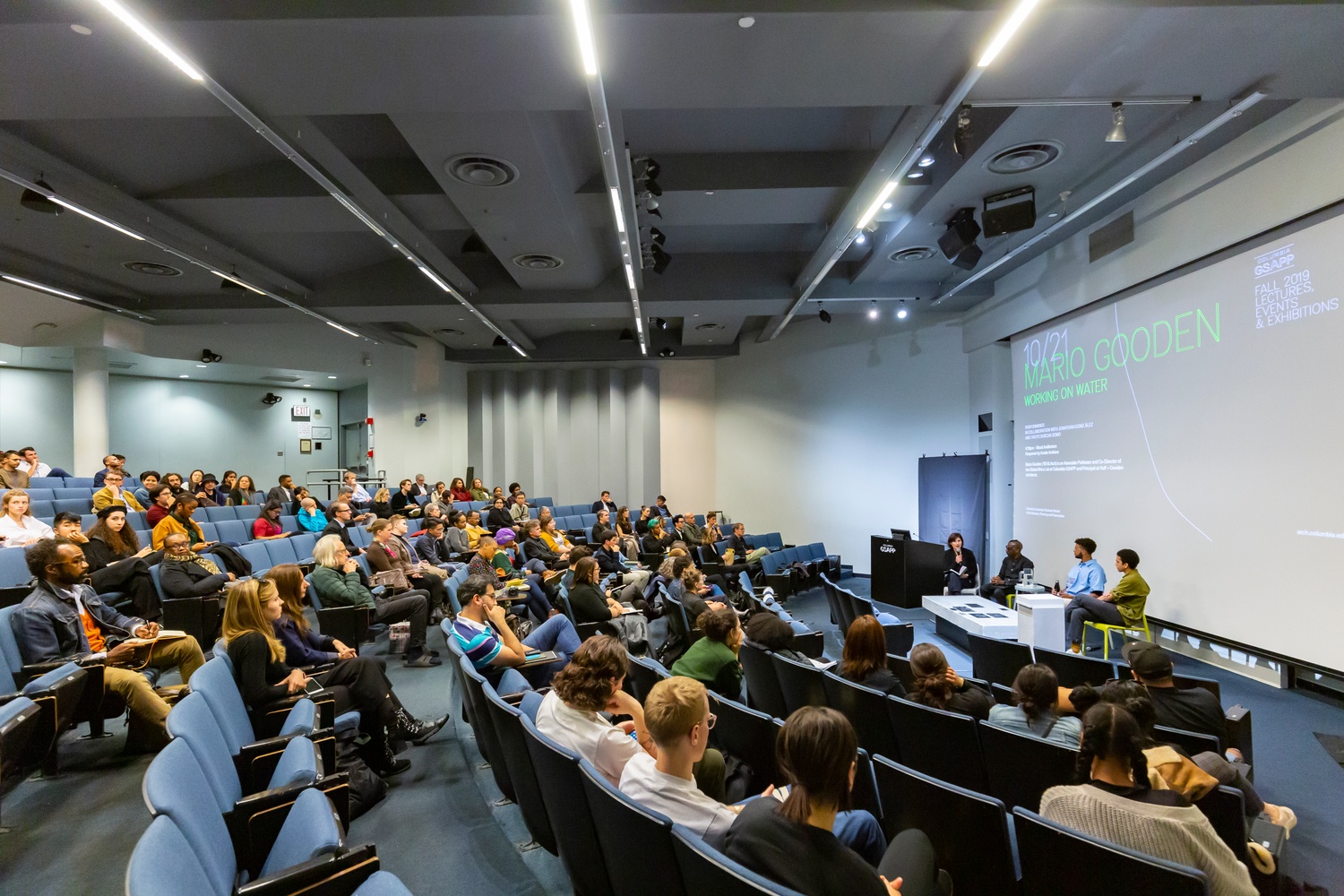 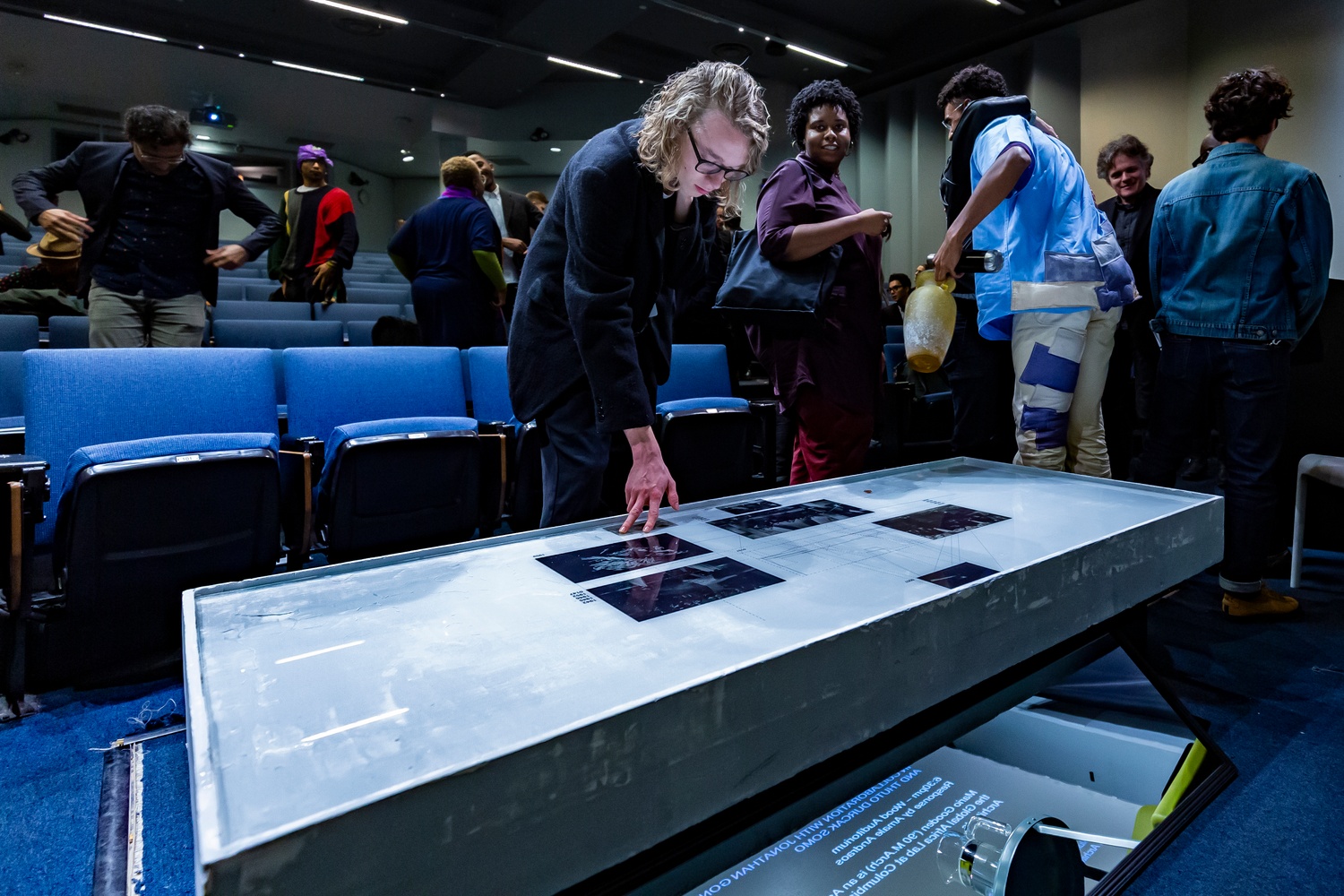 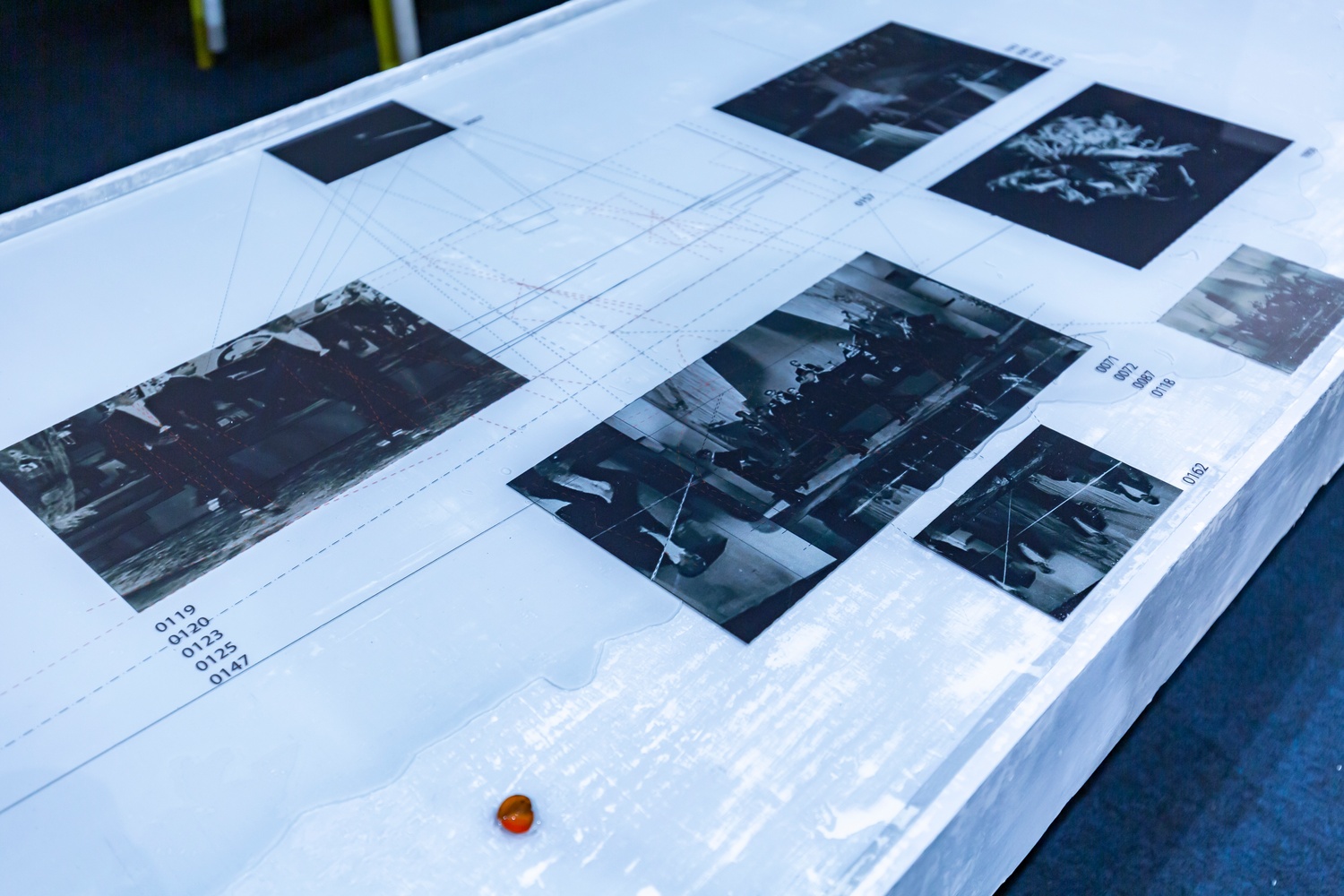