The MET is never one building but an accretion of multiple buildings that have been annexed and extended within the history of the expansionist institution, while lacking the heterogeneity of architecture, the gigantic size and rigid circulative paths deliver a bad visitation experience. It aims to create an emerged atmosphere as an encyclopedia of artifacts, however, the notion of huge storage isn’t friendly to its visitors.

The Met is a collection of exoticism, a colonial apparatus that relentlessly acquires, exhibits, and narrates fragments from non-Western cultures. However, the inherent incommensurability of these fragments of the others is reduced, if not altogether erased, in convenience for a story of multiculturalism. To decolonize the MET in architectural terms is to discern the spatial syntax of the colonial institution that perpetually afford the reductive story of historical differences.

The main strategies of the project aim to generate a new circulation of visitation that overlays/disrupts/penetrates the colonial institution and renew MET’s interstitial relationship with the urban context and the park. Deconstruction is never a purpose but an approach. The challenge also aims to reverse the conventional way of the definition of the museum, the reconstruction focuses on the concentration of the space instead of its “bigness” of the space. The strategy is to remove and refocus. In the process of merging and blurring the border of the city, museum, and the park, certain volumes are removed, and a transmitter is attached. The new roof of the Met provides the rigid building with the variation of the space. It’s the new landscape, which breaks the hard borders and connects to nature. It’s also the tribune, that generates a new relationship between the museum and the park. To rethink the responsibility of the world’s biggest art institute, with the world’s largest exhibition showcased, the Met should be also the world’s biggest hub to rewrite the history of exhibition, by challenging the superiority of being an art institute itself. The archive of the museum will be also exhibited, which will be integrated inside the archival towers.

A museum of contrast in transparency. An opposition to homiletics. The elegancy of affinity. 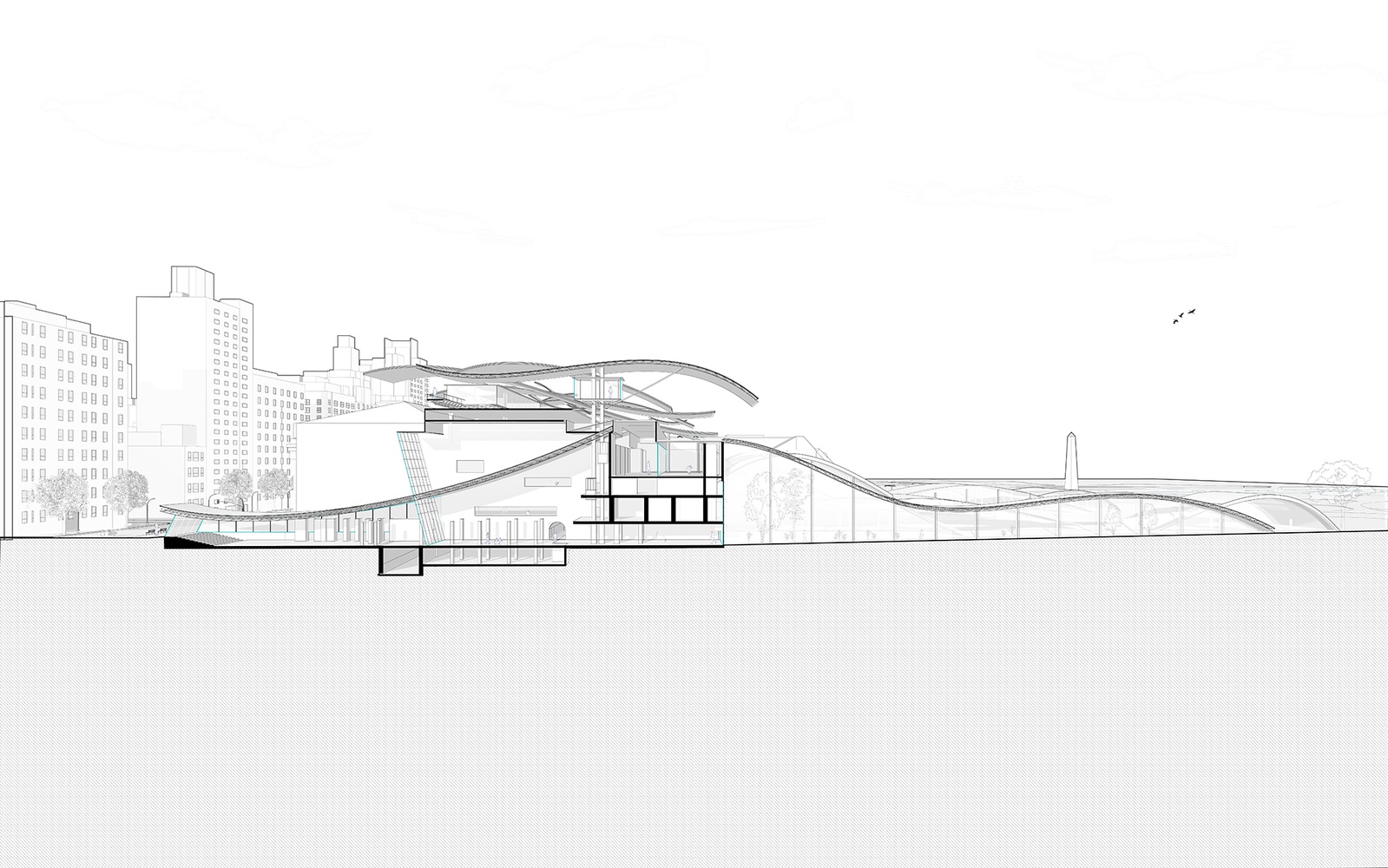 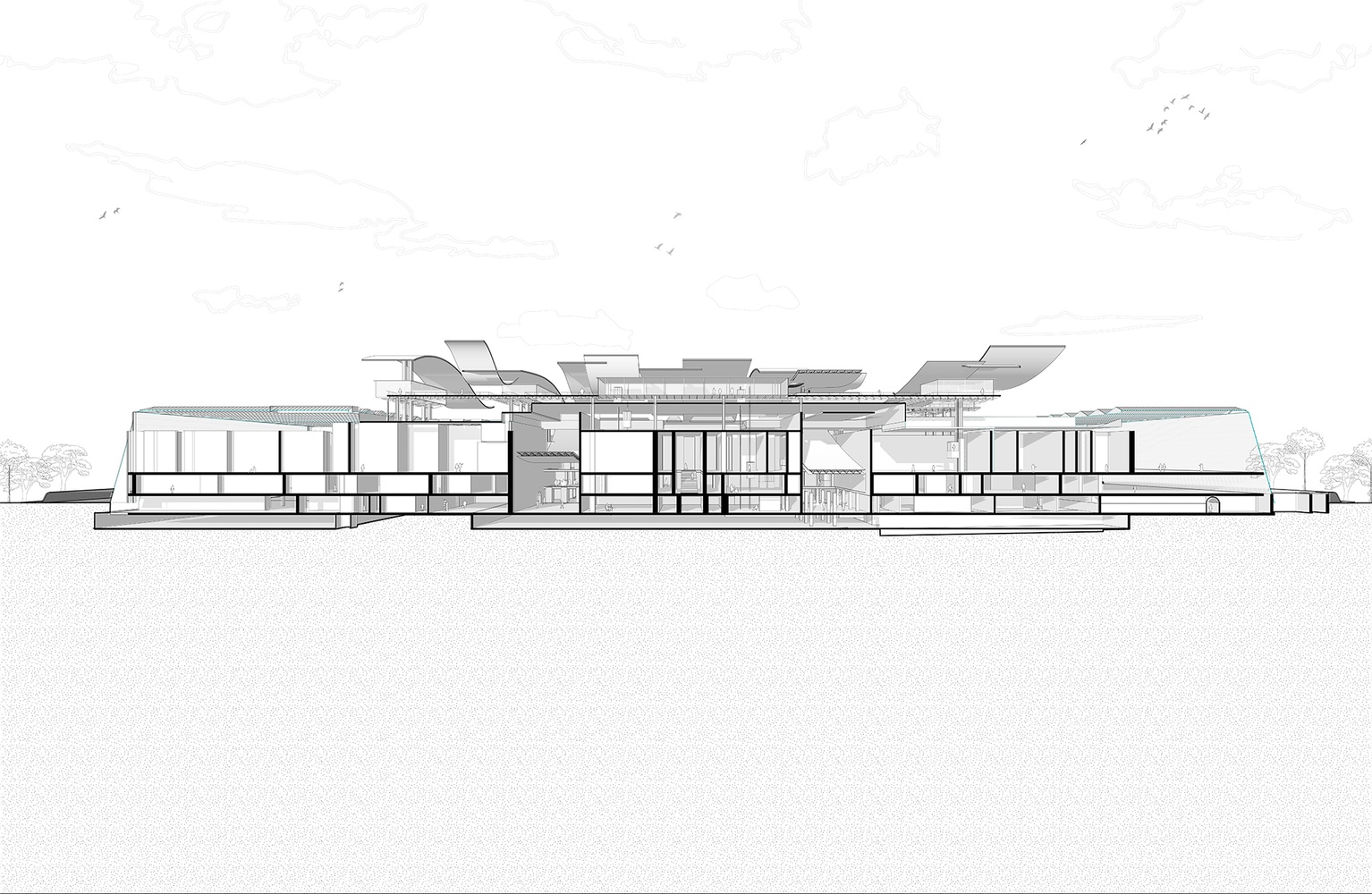 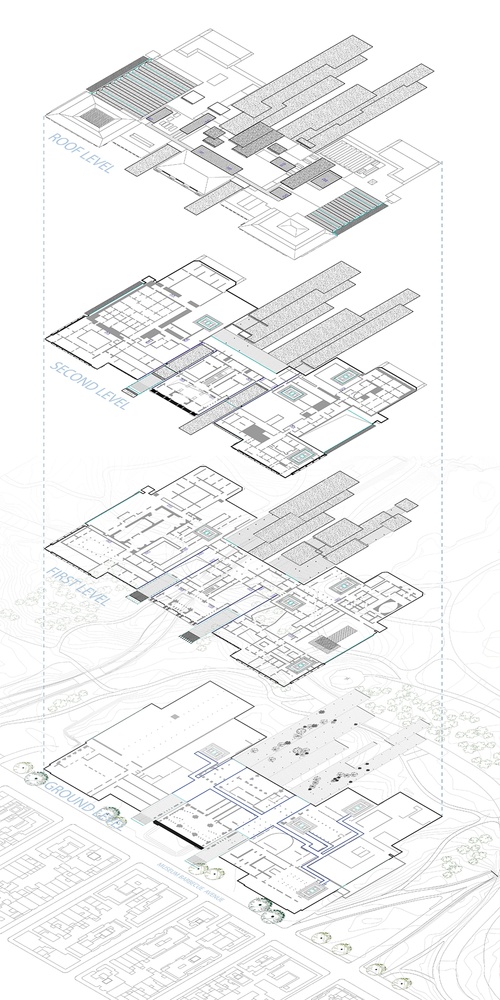 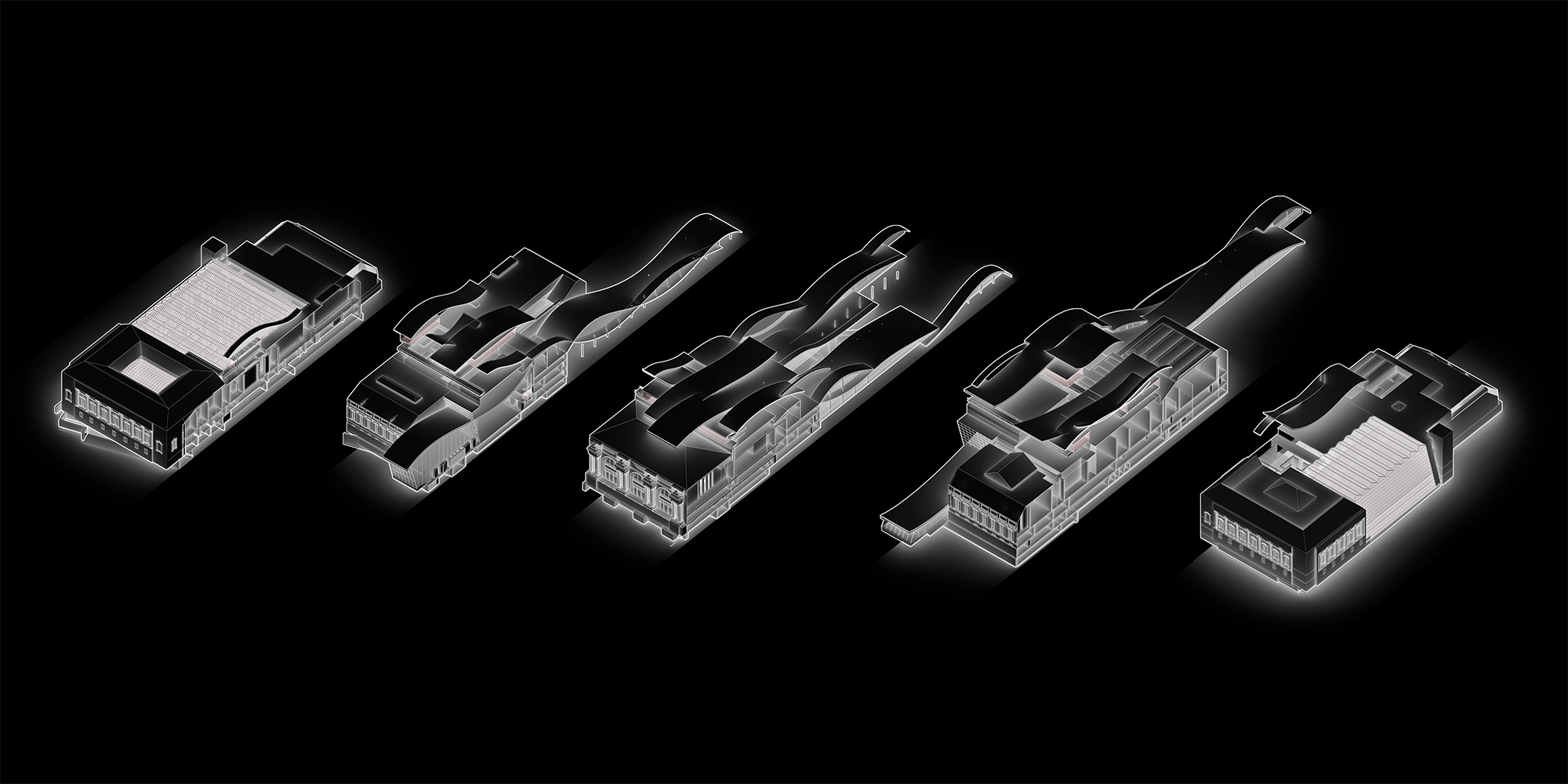