Average temperatures above 125 °F like those in Death Valley seem unusual, however according to recent climate data, northern cities will soon experience similar temperatures to southern cities, and many southern cities will reach extremely hot temperatures like those in Death Valley by 2050. Additionally, recent projections from the United Nation predict that while world population will increase by 50 percent in the next 30 years, current farm yields will decrease by 50 percent due to climate change.

Subterranean District One aims to transform current solar farm communities or the lack thereof, by creating a city that harmoniously merges people’s daily lives, with good jobs, energy, food and water production. The project centers around an agro-voltaic farm and a climate data center, while integrating common city program, such as apartments, restaurants, plazas, shops, and retail. As a prototype city, the Subterranean District One is not a monumental object but a project with progessive effort for a ”green revolution” in clean energy and farming practices under the environmental pressure of extreme heat. 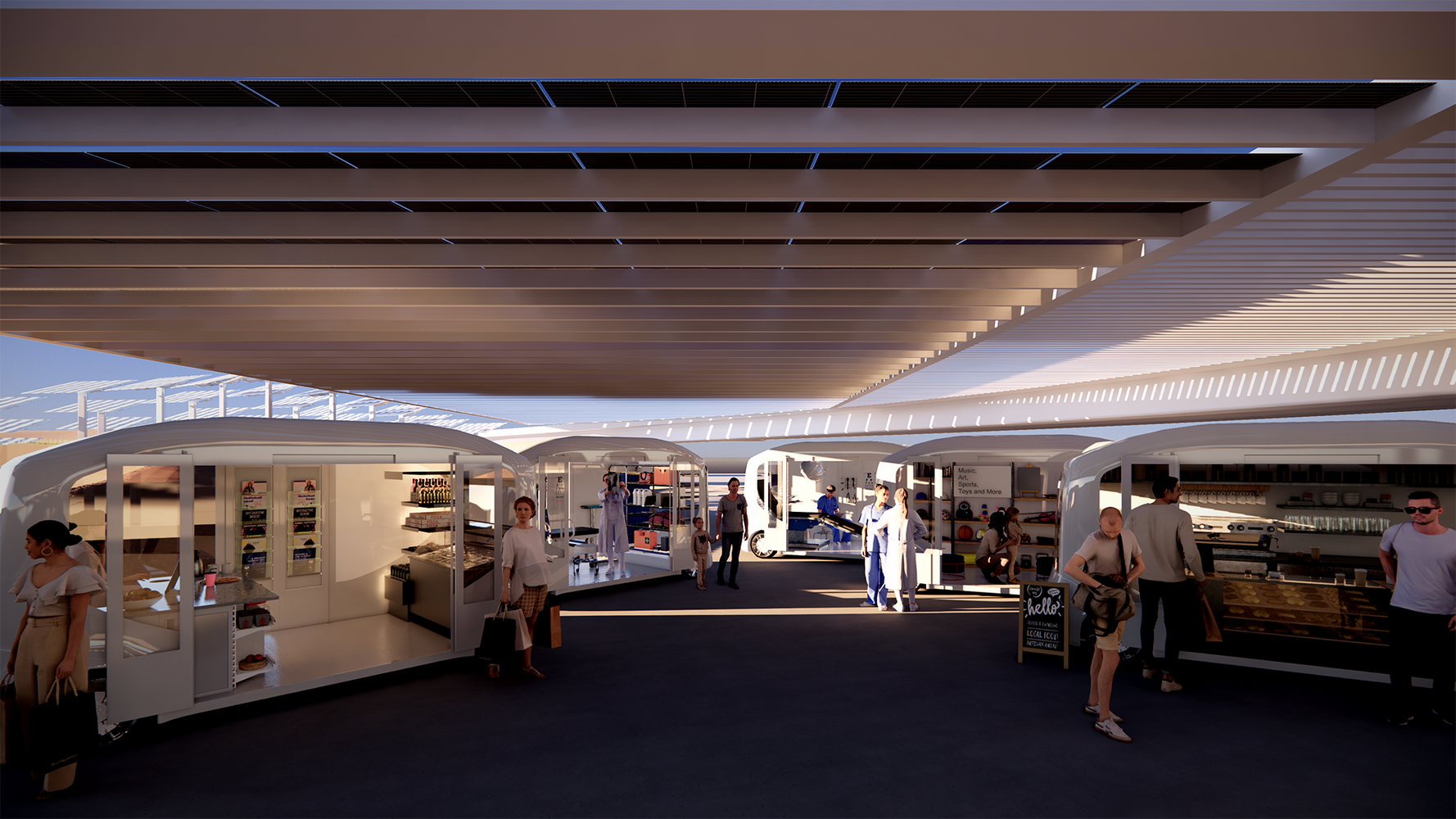 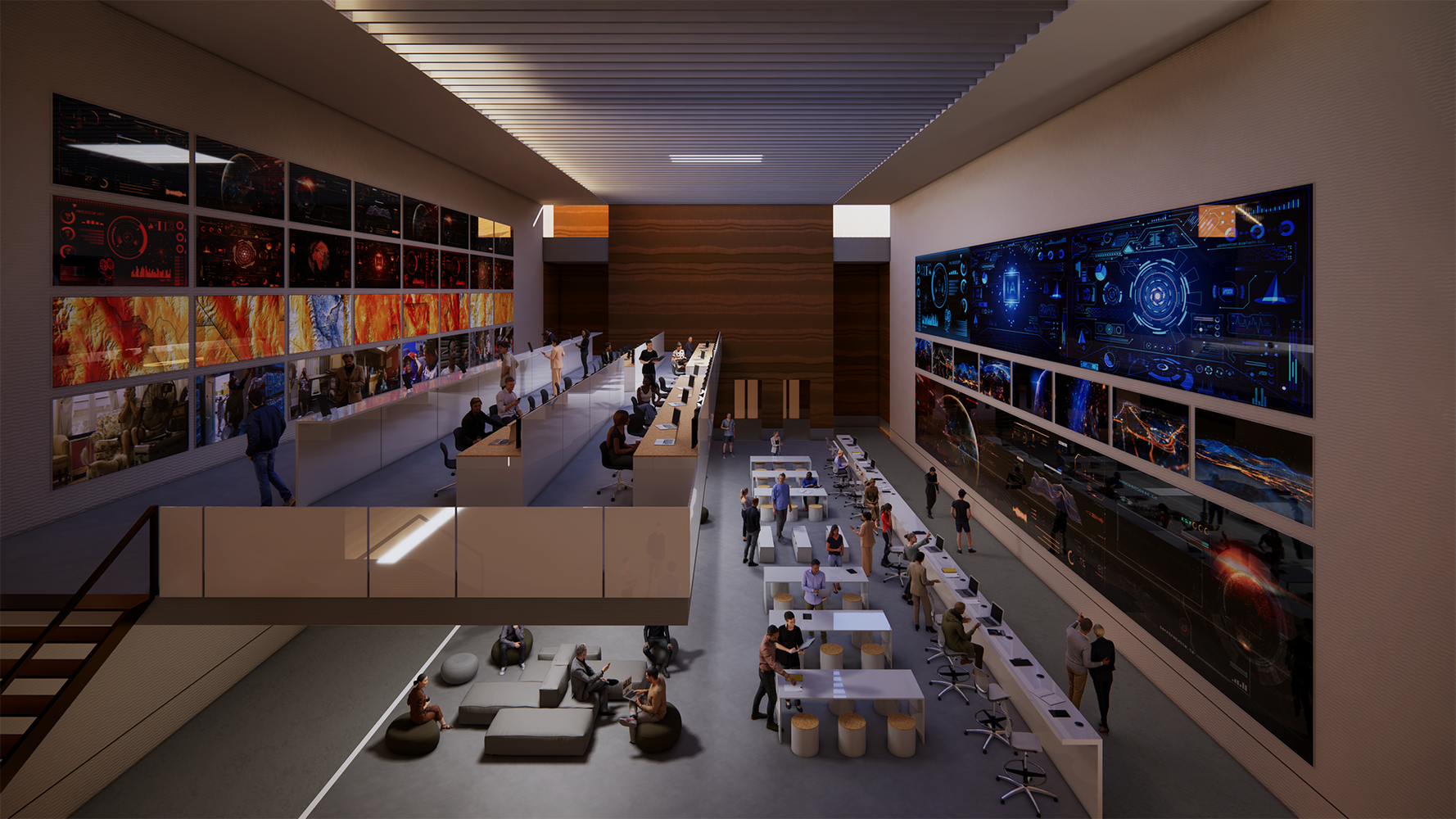 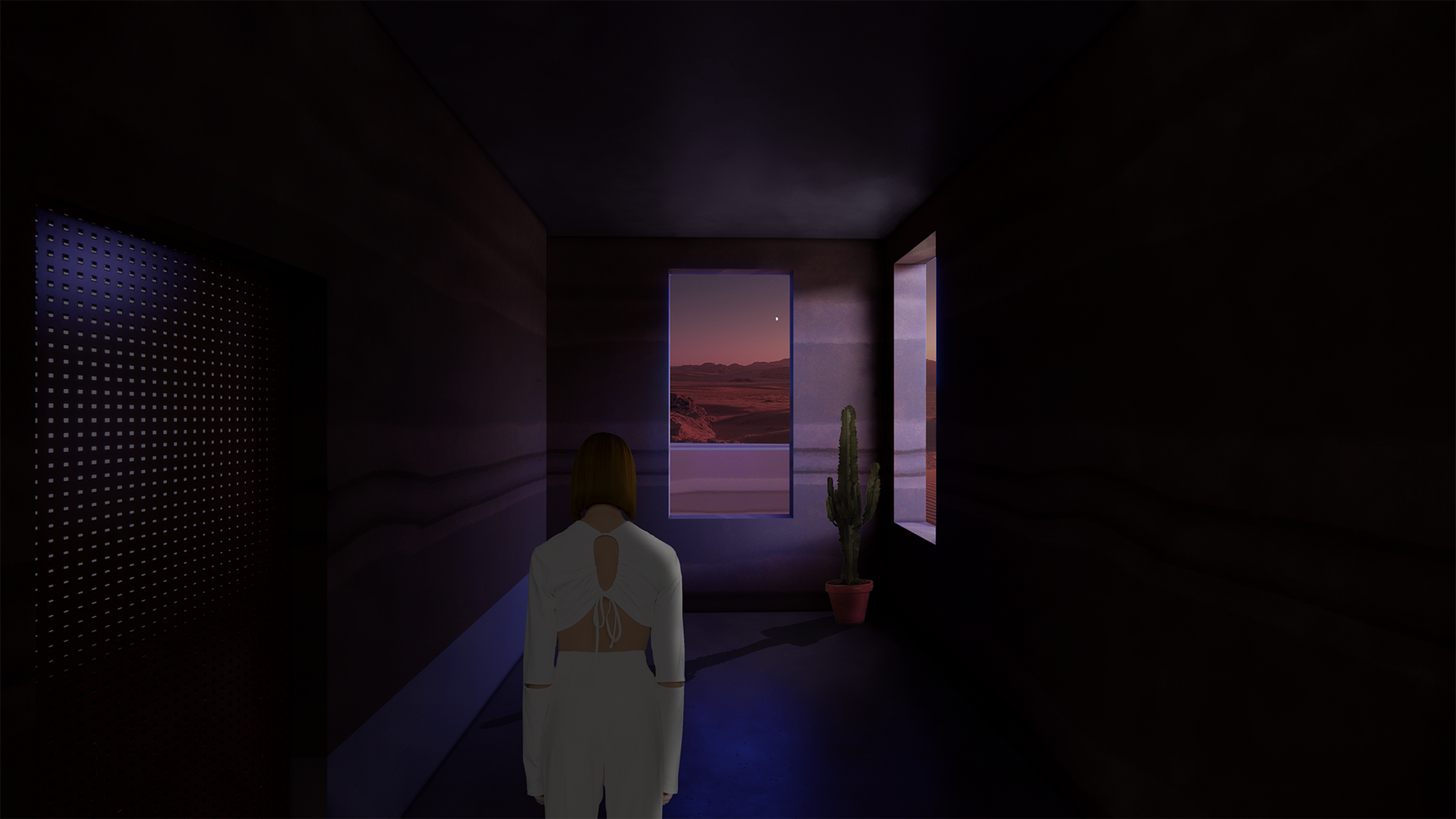 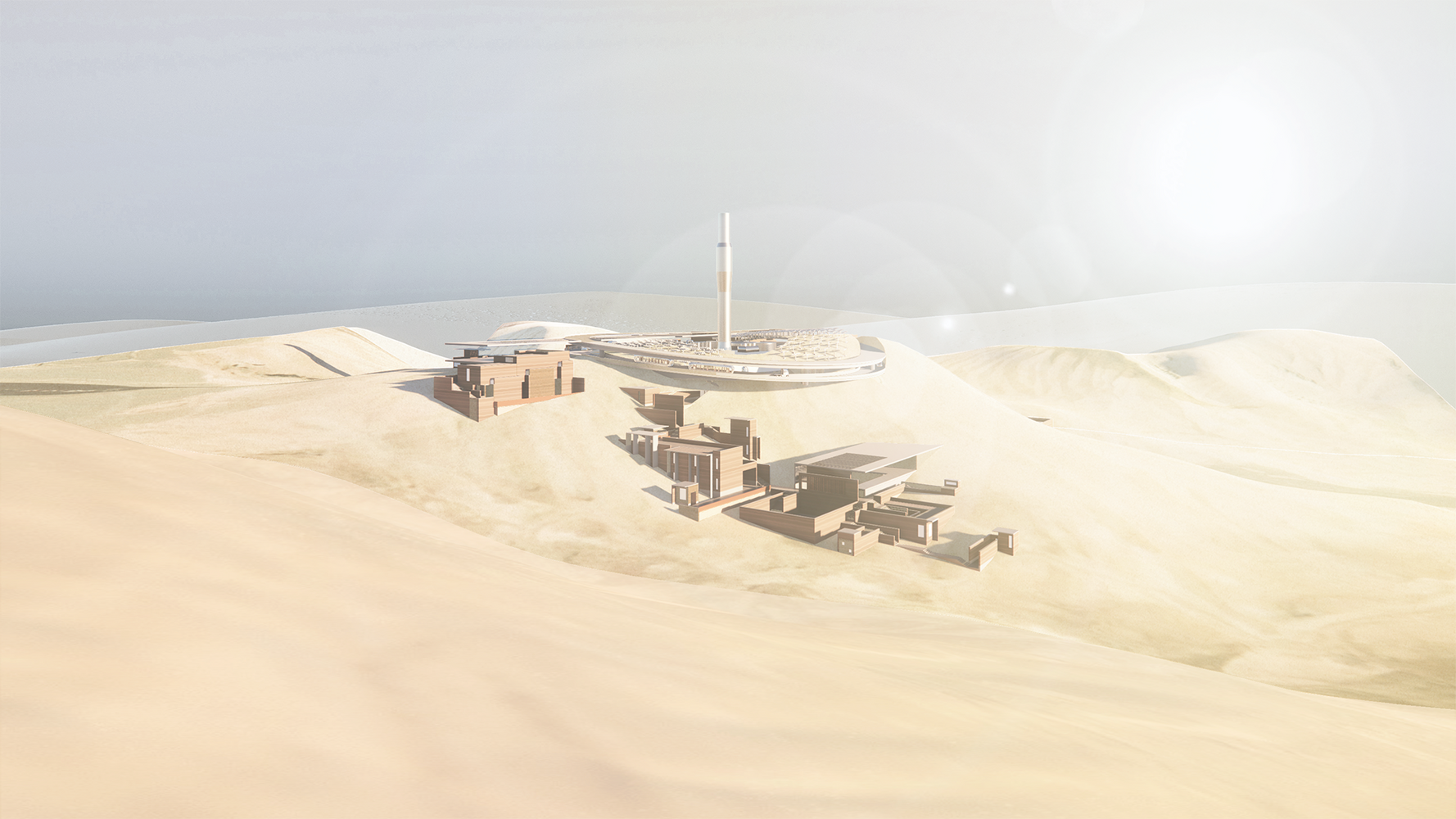