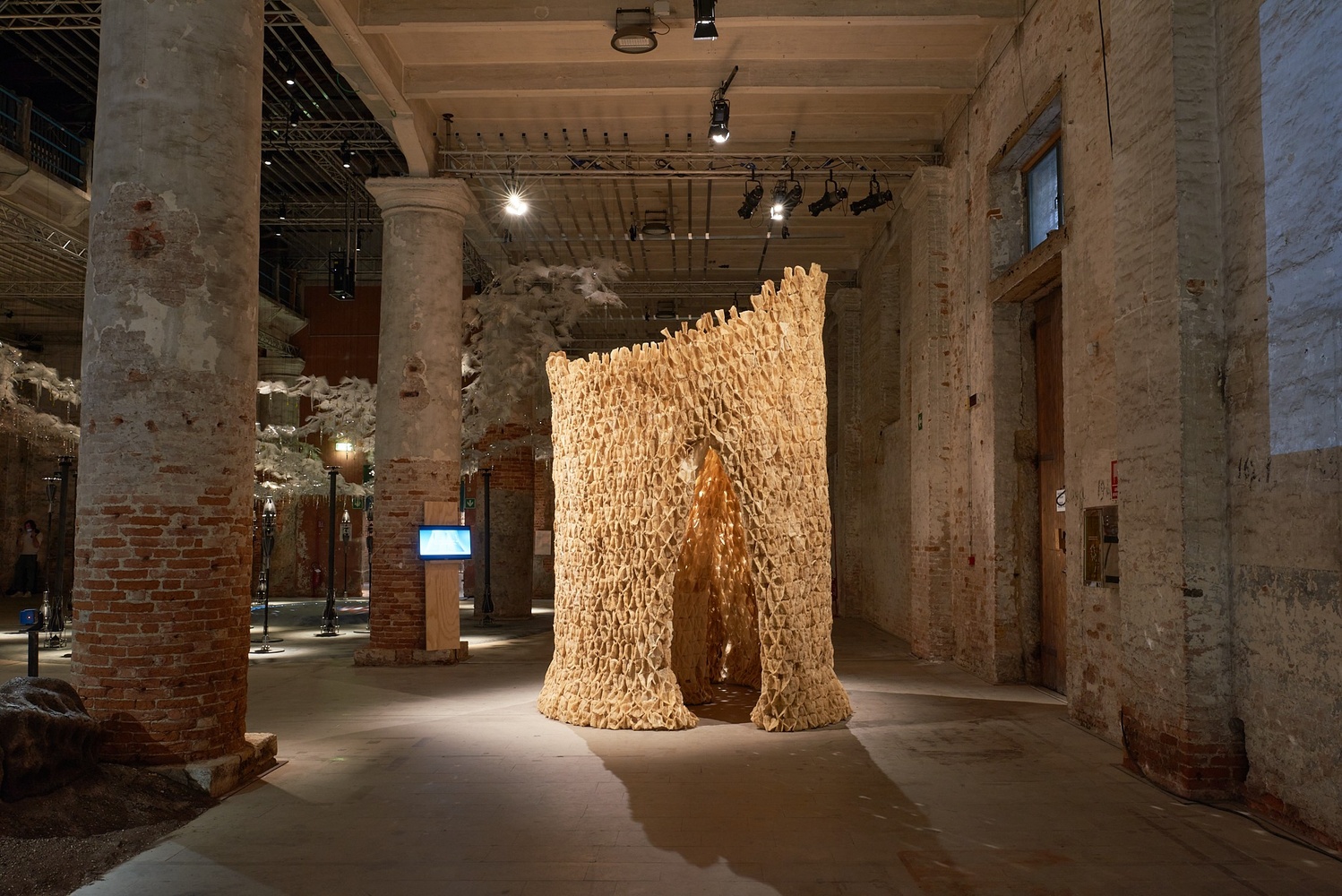 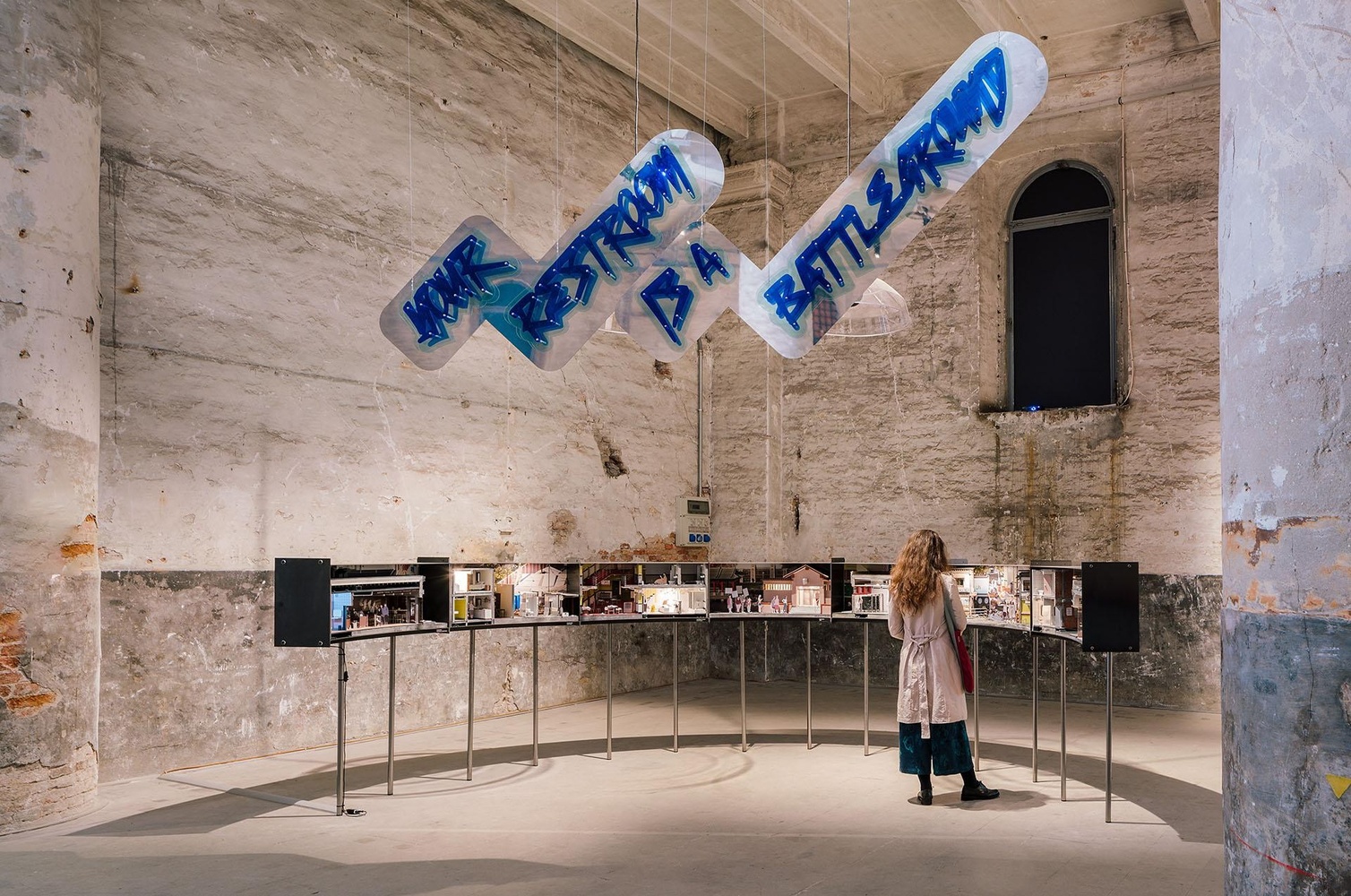 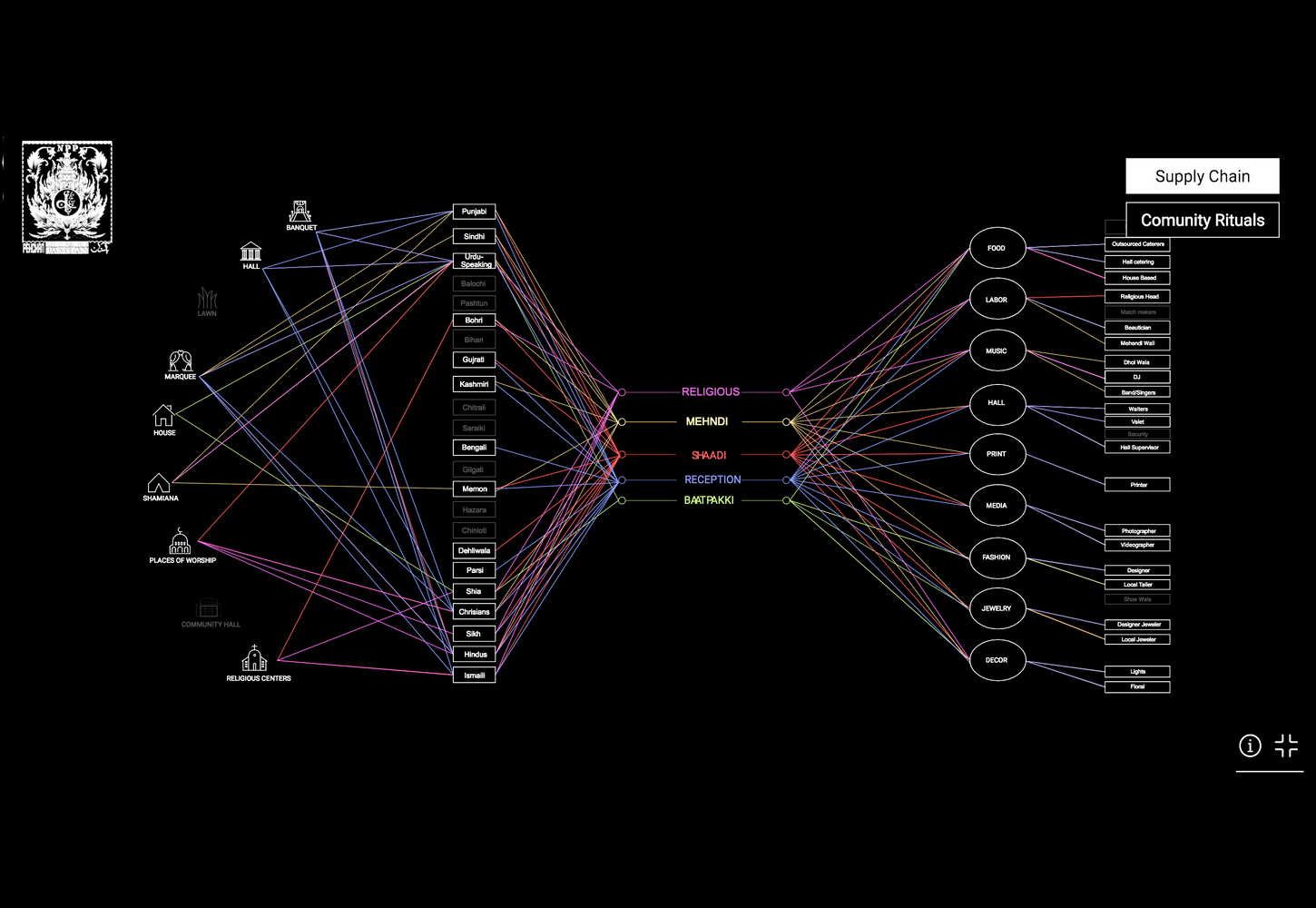 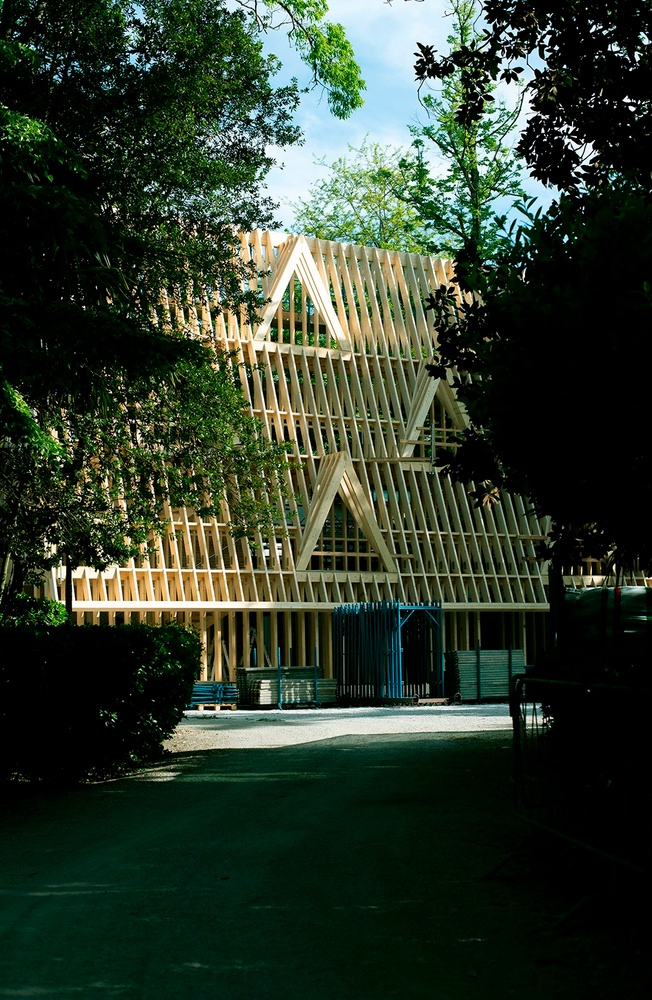 American Framing (U.S. Pavilion) co-curated by Paul Preissner ‘00 MArch and Paul Andersen, and commissioned by the University of Illinois Chicago. 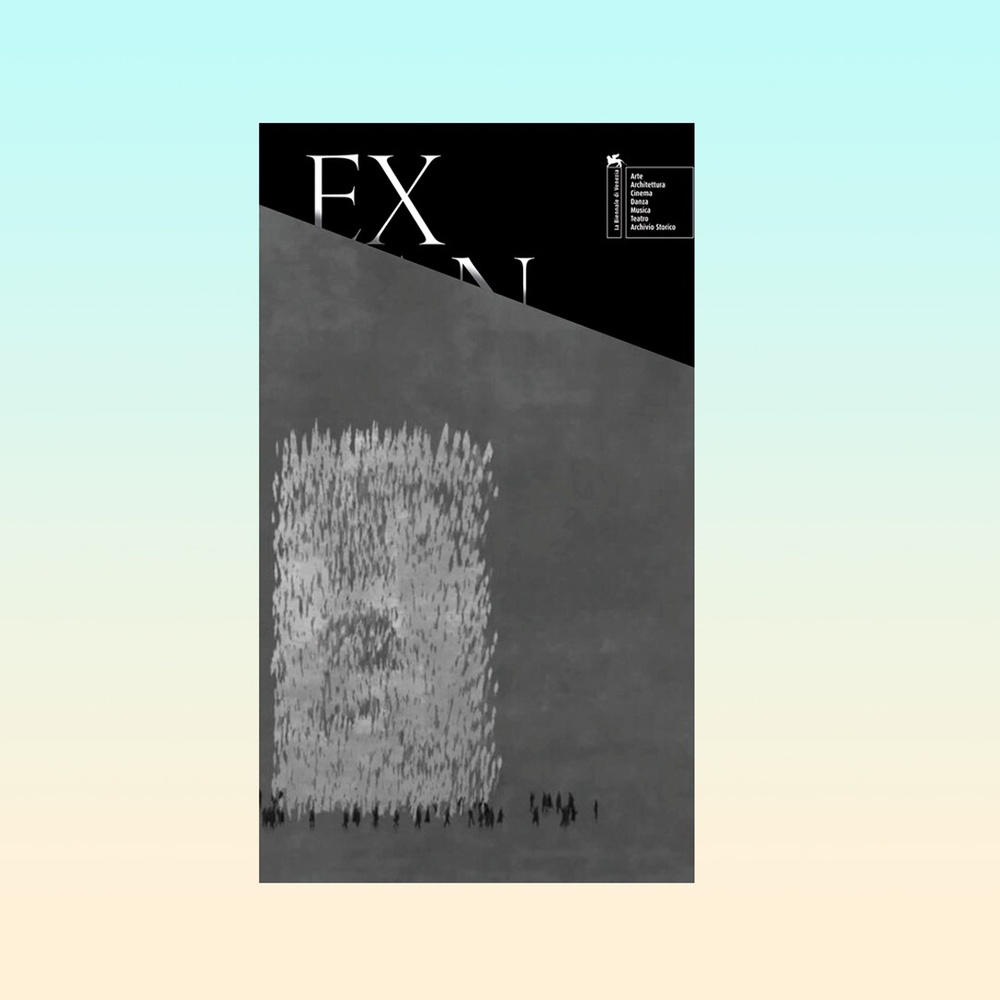 Lluis Alexandre Casanovas Blanco ‘12 AAD '13 AAR; Faculty Marco Ferrari (Studio Folder); Maria A. Linares Trelles '19 MSCCCP; V. Mitch McEwen ‘06 MArch; Professor Felicity Scott; Professor and Dean Emeritus Mark Wigley are among the contributors to Expansions, edited by Hashim Sarkis and Ala Tannir and published on the occasion of the Biennale. The book includes over 80 responses to the question: How will we live together?

The 17th Venice Biennale of Architecture, How Will We Live Together?, features a strong representation of Columbia GSAPP’s faculty and alumni through installations and curatorial projects. The exhibition is on view from May 22 through November 21, 2021.

The GSAPP Housing Lab contribution presents historical research on an overlooked housing type which rose as a result of the New York State Tenement House Act of 1901. The project was developed by Daisy Ames, Bernadette Baird-Zars, and Adam Frampton, and the digital adaptation for Venice was realized by Ericka Song ‘20 MArch who served as one of the Lab’s inaugural Graduate Research Assistants.

The project is presented as part of the thematic group As New Households in the exhibition.

The GSAPP Collective for Beirut, together with Wael al Awar (Curator, UAE Pavilion) and Sandra Frem and Carla Aramouny (Beirut Shifting Grounds), has organized the Open Forum series in parallel to the exhibitions of the Venice Architecture Biennale.

Learn more about the initiative and register to attend the upcoming discussion on June 10 here.

Associate Professor David Benjamin’s firm The Living is included among the exhibition section titled Among Diverse Beings. The project overview states, “What if we could change our architectural environments to be better hosts for a diversity of microbes and to decrease the amount of harmful ones? … In this vision of the future, architecture could include spaces for both humans and microbes.”

Experience a virtual walkthrough here and read about the project in the New York Times.

Lluis Alexandre Casanovas Blanco '12 AAD '13 AAR; Faculty Marco Ferrari (Studio Folder); Maria A. Linares Trelles '19 MSCCCP; V. Mitch McEwen ‘06 MArch; Professor Felicity Scott; Professor and Dean Emeritus Mark Wigley are among the contributors to Expansions, edited by Hashim Sarkis and Ala Tannir and published on the occasion of the Biennale. The book includes over 80 responses to the question: How will we live together?

Learn more about the book here.


The Restroom Pavilion and Your Restroom is a Battleground

Faculty Ignacio G. Galán and GSAPP alumni Joel Sanders MArch ‘81 and Paula Vilaplana de Miguel '19 MSCCCP are among the team behind The Restroom Pavilion and Your Restroom is a Battleground research station. The latter is an installation that features dioramas of international case studies of restroom battles. The authors state “Restrooms are architectures where gender, religion, race, ability, hygiene, health, environmental concerns, and the economy are defined culturally and articulated materially. In the last years, the climate crisis, the COVID-19 pandemic, and growing tensions derived from population displacements have made these entanglements more evident. Restrooms are not an isolated design problem but rather symptoms of larger disputes that can be mediated through architectural tools.” The Restroom Pavilion was curated by Matilde Cassani, Ignacio G. Galán, and Iván L. Munuera in collaboration with Leonardo Gatti, Pablo Saiz del Rio, and Paula Vilaplana de Miguel. Your Restroom is a Battleground research station was produced by Matilde Cassani, Ignacio G. Galán, Iván L. Munuera, and Joel Sanders in collaboration with Seb Choe, Leonardo Gatti, Vanessa Gonzalez, Marco Li, Jorge Lopez Conde, Maria Chiara Pastore, Pablo Saiz del Rio, Paula Vilaplana de Miguel.

Visit the Your Restroom is a Battleground website and read more about the project in Domus.

Faculty Ignacio G. Galán and Paula Vilaplana de Miguel ‘19 MSCCCP are among the team behind Undaria Pinnatifida, together with Matilde Cassani and Iván L. Munuera. Undaria Pinnatifida refers to a species of kelp, which has been documented in the Venetian Lagoon since the mid-1990s. The team states, “Far from reinforcing the dichotomy between indigenous and non-native, with its subsequent ideological implications, the Undaria Pinnatifida helps understand how human and non-human agents are not discrete and autonomous beings with zipped-up embodiments, but are always interdependent and interconnected: they participate in interspecies re-compositions that are constantly in search of new ways of coexistence.” Future Assembly is curated by Olafur Eliasson and Sebastian Behmann, Studio Other Spaces (SOS) in collaboration with Caroline Jones, Hadeel Ibrahim, Kumi Naidoo, Mariana Mazzucato, Mary Robinson, and Paola Antonelli.

Read about the installation in Dezeen.

Faculty Nahyun Hwang and David Eugin Moon’s firm N H D M presented work as part of the Korean Pavilion Future School that “engages the past, present, and future of small island nations whose habitable territories are materially diminishing due to the sea level rise and other phenomena of climate change, in the slow dissolution of their physical, political, and cultural grounds.” Excerpts from the project are presented in a short film titled “Selected Stories from Now You Belong Here.”

Associate Professor Anna Puigjaner’s firm MAIO opened #shower as part of the Unfolding Pavilion, an exhibition housed inside of a mercantile sailboat moored at Punta della Dogana. The sailboat was previously owned by Countess Luisa Albertina di Tesserata, who commissioned a replica of what was until recently believed to be an unrealized residential project by John Hejduk. MAIO was one of 12 teams selected for an on-site residency focusing on issues of privacy, domesticity and isolation at the home during the summer of 2020. The The Unfolding Pavilion is curated by Daniel Tudor Munteanu and Davide Tommaso Ferrando.

Visit the Rituals of Solitude website and learn more about the Unfolding Pavilion.

Paul Preissner '00 MArch, together with Paul Andersen, are co-curators of the United States Pavilion, commissioned by the University of Illinois Chicago. The exhibition includes a four-story wood-framed construction at the entrance and references historic cases of softwood construction across the U.S. The curators state, "American Framing examines the improbably overlooked and familiar architecture of the country’s most common construction system and argues that a profound and powerful future for design can be conceived out of an ordinary past.”

Visit the American Framing website and read about the pavilion in the New York Times.

Stefana Simic ‘11 M.Arch, together with GIGAGRASS co-founder with Simón Vélez, constructed bamboo majlis (a pre-Islamic Arabia term that translates to “council” or “gathering space”) in the gardens of the San Giorgio Monastery located in Venice. The portable structure is fabricated entirely from bamboo and includes a floor wrapped in textiles handwoven by a collective of women from Ain Leuh and Ahmed Chmiti’s Boujad Tribe Cooperative, both in Morocco. Visitors are invited to gather inside of the space for workshops, exhibitions, and concerts.

17th Venice Biennale of Architecture
How Will We Live Together? curated by Hashim Sarkis.