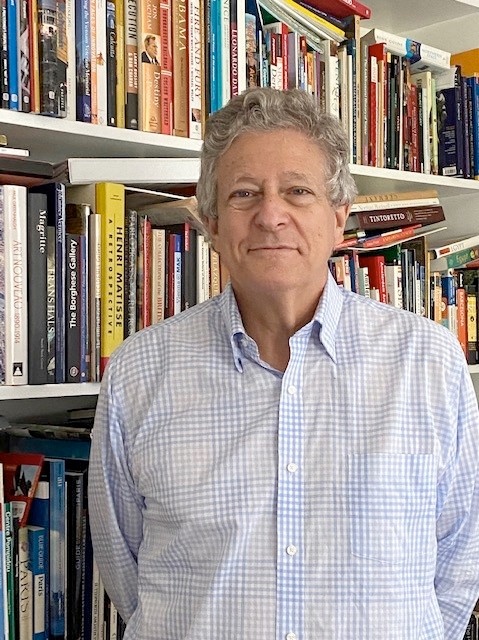 Doryan Winkelman knows the impact a lecture can have on someone’s life. After all, it was a lecture that firmed his resolve to pursue real estate development and enroll in the then-brand-new Master of Science in Real Estate Development (M.S.RED) program at Columbia GSAPP.

The story starts in the early 1980s. Winkelman was practicing architecture with a partner in Baltimore. Although he loved design, he was intrigued by the work that his real estate development clients were doing. To him it seemed more spontaneous, more comprehensive in outlook than what he was doing as a young architect. He had also recently lost his father and grandmother and was reflecting more on his own life and career.

Then he attended a lecture. It was given by James Rouse, developer of Boston’s Faneuil Hall Marketplace, Baltimore’s Harborplace, and several other festival marketplaces around the country. Winkelman was enthralled.

“Rouse was upbeat and optimistic, and his lecture sparked so many questions for me,” says Winkelman. “That lecture and my conversation with Rouse afterwards are what pushed me to apply to Columbia.”

At the time, GSAPP was just getting its M.S.RED program off the ground, and Winkelman joined its first class in September 1985. He describes the next fourteen months as “transformative.”

“Arguably, we students knew nothing, but that wasn’t the attitude of the faculty,” he says. “They were incredibly encouraging. They taught us to think critically, but without the extreme judgmentalism I’d faced in my earlier studies.”

Because real estate development was a nascent discipline — Columbia’s was only the second program of its kind in the nation — professors relied heavily on case studies, lectures, and guest speakers.

“Professor Hank Bell would bring guests in from the New York real estate development community to talk with us,” recalls Winkelman. “He’d tell them, ‘I’m going to play ping pong with you.’ I loved that image of being on the other side of the net and exchanging ideas back and forth.”

He remembers fondly how another professor, Chuck Laven, would have students discuss cases and take on the roles of the participants. “Chuck showed us that there were always multiple ways to get to a few comparatively true answers,” he says.

Winkelman has drawn heavily on his Columbia education throughout his career. He is now part of a team that develops embassy and consulate projects around the world for the U.S. State Department. A steadfast supporter of GSAPP, he decided he wanted to make a significant gift to the School through his will. His life partner, Melanie Ferrara, suggested he do it sooner, so he could see the results of his giving right away.

Working with GSAPP, Winkelman got excited about the idea of creating an annual lecture on international real estate development. Students would get to meet and engage with prominent developers around the world. It would also give one of GSAPP’s youngest programs its own endowed lecture series, complementing those of the architecture and historic preservation programs.

In 2018, Winkelman announced his gift on campus at a lecture of his own, attended by the student body as well as his family and close friends. “That felt like a homecoming,” he says. “Being part of the Columbia family has been an enormous gift for me, and establishing this lecture was a way to give back and keep it going.”

He says he is delighted he did it. “You don’t have to be a gazillionaire, and you don’t have to have it all figured out,” he says. “But if you do it now, you can see the impact now. It’s a wonderful feeling.”

“Patrick had had a transformative experience at GSAPP as well,” says Winkelman. “He gave a wonderful talk that touched on his background, his projects, and the humanity of what Hines is doing every day. You could see that he was inspiring the students and opening up potential career paths in their minds.”

Finding the right path is something Winkelman thinks a lot about, particularly in relation to a field as interdisciplinary as real estate development. “It’s not always clear to people early on that this is an option for them, and the path is not always linear,” he says.

“I remember from my own formative years how important a single lecture can be.”