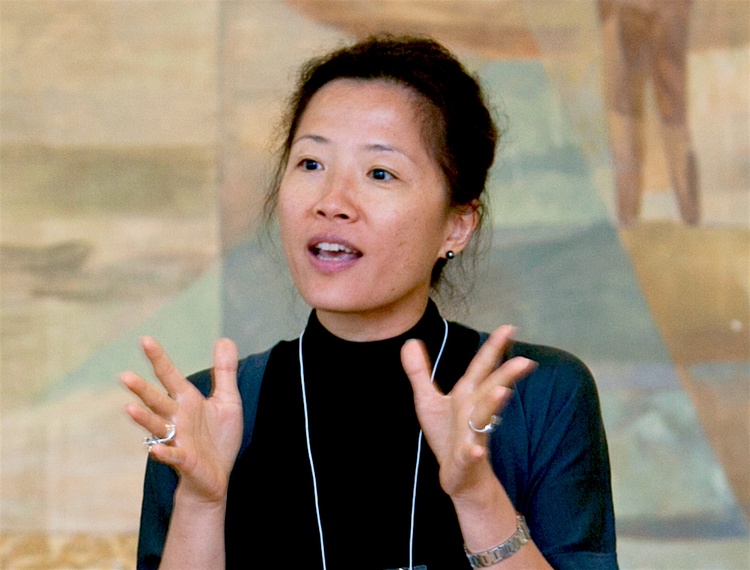 Dean Amale Andraos of the Columbia University Graduate School of Architecture, Planning and Preservation (Columbia GSAPP) announced the appointment of Weiping Wu as the new Director of the Master of Science in Urban Planning program effective July 1, 2016. Professor Wu is an internationally acclaimed planning scholar working on global urbanization with a specific expertise in issues of migration, housing, and infrastructure of Chinese cities. Her groundbreaking research has been widely published in books and journals, her influential scholarship is shaping policy on an international scale, and she has distinguished herself as an educator while maintaining an active public presence. This combination of leadership experience and academic expertise makes Professor Wu uniquely qualified to direct and develop Columbia GSAPP’s Urban Planning program.

“I am very excited to welcome Professor Wu, whose commitment to advancing planning is evidenced not only through pure academic scholarship, but also through an engaged mode of practice that involves building research networks and collaborations, establishing relationships with other universities, and advocating planning ideas before governments and international organizations,” said Columbia GSAPP’s Dean Amale Andraos. “She is that rare scholar who has the ability to bridge theory and practice and is committed to advancing the field towards the bettering of our built environment.”

The appointment galvanizes Columbia GSAPP’s global engagement across the disciplines, and opens new possibilities for collaborative research and academic exchanges on an international level. As one of the top scholarly experts on Chinese urbanization, a field Professor Wu has helped pioneer, her contribution extends well beyond research and publications and into the development of international networks and consultancies including collaborations with the World Bank and the Ford Foundation. She is a distinguished professor and comes to Columbia from Tufts University, where she served as Chair of the Urban and Environmental Policy and Planning Department. Her active involvement in the academic planning community is further reflected in her former editorship of the Journal of Planning Education and Research and her current role as Vice President and President-Elect of the Association of Collegiate Schools of Planning (ACSP). She has received numerous honors and awards and has been the recipient of important research grants from such organizations as the U.S. Department of Education and the National Science Foundation.

Professor Wu’s publications include seven (co)authored and co-edited books, as well as many articles in top international journals. Her published work has gained an increasing public presence, particularly her recent book The Chinese City (2012). It offers a critical understanding of China’s urbanization, exploring how the complexity of Chinese cities both conforms to and defies conventional urban theories and experience of cities elsewhere around the world. She also serves on the editorial boards of Journal of Urban Affairs, Open Urban Studies Journal, Journal of Urban and Regional Planning (Chinese), and World Regional Studies (Chinese).

Professor Weiping Wu succeeds Professor Lance Freeman, who led the program over the past 6 years. In his time as director, Columbia GSAPP’s Urban Planning program continued to attract an increasing number of international students from all over the world. Building on a strong legacy of commitment to social justice in the built environment, new areas of research and focus for faculty and students expanded to become more global, engage environmental issues, and strong visualization classes were added to the core curriculum. In 2015 Professor Freeman launched an Urban Analytics concentration to wide success. He will remain a professor in the program, continuing to contribute thoughtful and insightful scholarship and mentorship.

Assistant Professor Hiba Bou Akar strengthens GSAPP’s global engagement through her ongoing research on questions of urban security and violence, and the spatial politics in Middle Eastern cities. She received her Bachelor of Architecture from the American University of Beirut, her Master’s in Urban Studies and Planning from MIT, her Ph.D. in City and Regional Planning from the University of California Berkeley, and most recently has been an Assistant Professor of Urban Planning and Middle Eastern Studies at the School of Critical Social Inquiry at Hampshire College.

Bou Akar has received research support from the National Science Foundation, the Social Science Research Council, the Wenner-Gren Foundation, and the Middle East Research Competition. She is co-editor of the book Narrating Beirut from its Borderlines (2011), which incorporates ethnographic and archival research with art installations, architecture, graphic design, and photography. Hiba Bou Akar will be at GSAPP beginning in January 2017.

Assistant Professor Leah Meisterlin brings academic and professional commitment to data-driven research and design, visualization, and the critical analysis of sociopolitical, cultural, and economic contexts. Meisterlin is a GSAPP alumna with a dual degree in Architecture and Urban Planning and has been a faculty member at Barnard College. She contributed to the Buell Center’s Foreclosed research project including the 2011 exhibition Foreclosed: Rehousing the American Dream at the Museum of Modern Art. Her project Cher will be included in the 2016 Oslo Architecture Triennale.

Meisterlin co-authored the paper Zoning Before Zoning: Land Use and Density in Mid-Nineteenth-Century New York City (with Gergely Baics). She speaks regularly at international museums and academic institutions, and is a regular contributor to numerous publications, journals, and exhibitions. Leah Meisterlin will officially join the faculty in July 2016.

Visiting Professor Kian Tajbakhsh is an urban planner and social scientist whose academic research spans both theoretical and policy projects related to the culture of urbanism as well as the governance of cities and metropolitan regions. He has conducted empirical research on decentralization, the role of social capital in local government performance, and local economic development in a number of countries. While living in Iran and working on a range of research and consulting projects on local government and urban policy, Tajbakhsh was imprisoned for alleged crimes against the state.

Tajbakhsh is the author of two books, The Promise of the City: Space, Identity and Politics in Contemporary Social Thought (2001) and Social Capital: Trust, Democracy and Development (2005). He received his Ph.D. from Columbia University’s Graduate School of Arts and Sciences, and has previously taught at American and Iranian universities including the Milano Graduate School of The New School for Social Research. Kian Tajbakhsh joined Columbia GSAPP in March 2016.