Every Building in Baghdad 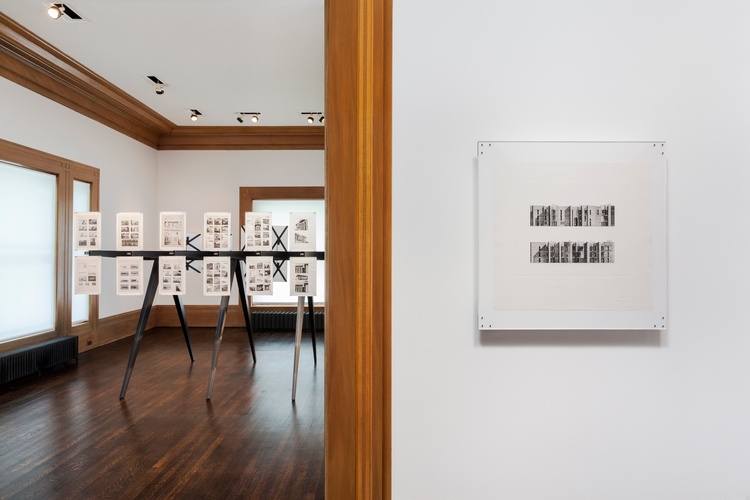 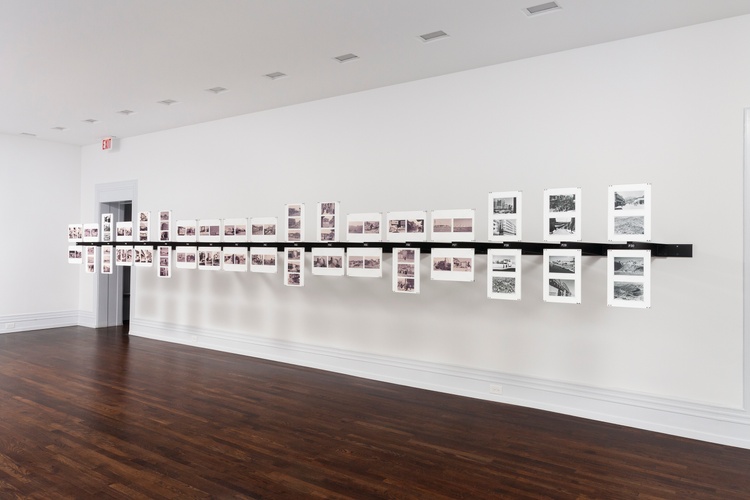 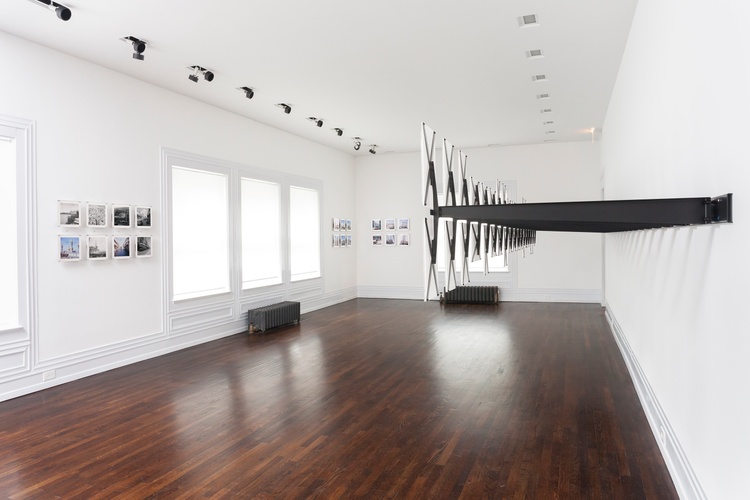 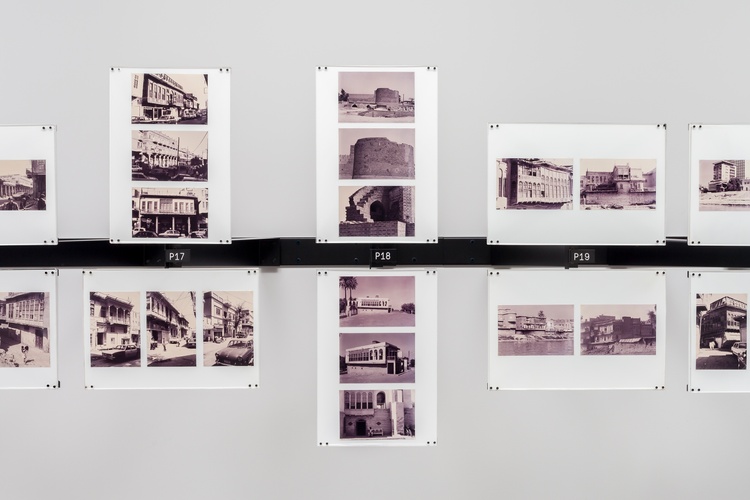 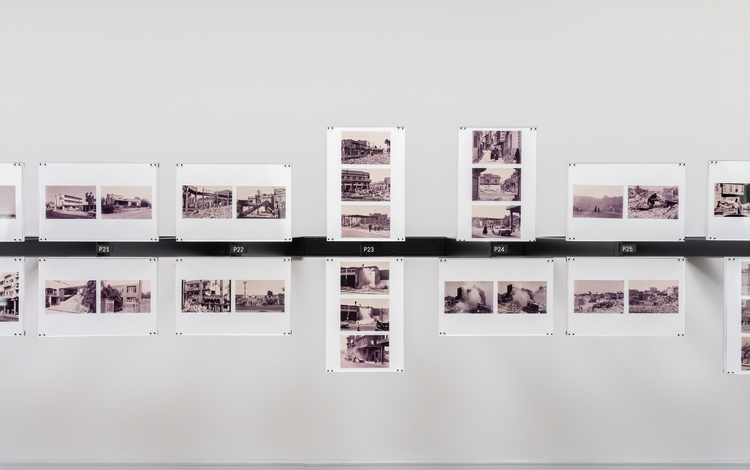 Every Building in Baghdad originated at the Arthur Ross Architecture Gallery at Columbia GSAPP.

The Graham Foundation is pleased to present Every Building in Baghdad, an exhibition examining the work of Iraqi architect Rifat Chadirji through the collection of his original photographs and building documents held at the Arab Image Foundation in Beirut. With the work of his architectural office, Iraq Consult, and in his other professional and intellectual roles, Chadirji became a pivotal cultural figure in Baghdad during the period of its postwar modernization from the 1950s through the 1970s. As an architect, planning consultant and Director of Buildings for various government agencies, Chadirji was central to the organization of Baghdad and to the consolidation of its postwar image. With nearly one hundred buildings Chadirji helped foster the emergence of the factories, colleges, monopoly headquarters, communication structures, and the other new building types that appear in Baghdad following Iraq’s 1958 revolution.

Despite the long historical continuity evoked by his regionally inflected modernism, Chadirji was all too aware of the transformative effects of Iraq’s growing oil economy. His work as a photographer was informed by his exposure to Iraq’s political and cultural precariousness, while it foresaw greater disruption ahead. Over a span of more than twenty years, Chadirji recorded the street life, social practices, and spaces that he believed were threatened by the development driving Iraq’s postwar evolution. Over the same period, he meticulously photographed his own architectural work in an attempt to produce documents that could survive the damage, alteration and potential destruction of his buildings.

The threat that lurks within the Chadirji archives reverberates with the current instability in Iraq and Syria and the continuing specter of building destruction and cultural violence. The texture of precarity within Chadirji’s photographs also underscores the institutional project of the Arab Image Foundation and its attempt to assemble, secure, and preserve the photographic history of the Arab World. In this sense, Chadirji’s photographs and building documents exhibit at least three identities: they are an informational system describing every building within his architectural oeuvre; they are a device to preserve the image of Iraq’s experience of modernization; and they are the charged signifiers of collateral damage and the historical and cultural vulnerability that marks the archives of the Arab Image Foundation.

Co-curator Mark Wasiuta notes, “Chadirji’s work is fascinating and not especially well known in the United States. Through it we are able to see architecture contending with the complex forces of modernity and post-colonial life in the Middle East. Even as he was helping form the independent state, Chadirji sensed the fragility of Iraqi culture and envisioned the destruction of his buildings. Taking a cue from his grim clairvoyance, the exhibition enters a discussion about suppressed histories and about the fate of cities, architecture, and culture in conflict zones.”

Displayed in custom armatures throughout the Graham Foundation’s turn-of-the-century Madlener House, the exhibition includes 60 photographic paste-ups documenting Chadirji’s own building projects, as well as hundreds of his photographs shot in the streets of Baghdad from the 1960s to the early 1980s. In the first floor galleries, Chadirji’s documents are surrounded by a folio of etchings he produced in 1984. On the second floor, Chadirji’s photographs are accompanied by those of Iraqi photographer Latif Al Ani. A contemporary of Chadirji, Al Ani chronicled newly emerging urban conditions under the shifting political regimes of the 1950s to the 1970s.

Born in Baghdad in 1926, the Iraqi architect Rifat Chadirji is the son of Kamil Chadirji, an important figure in Iraqi postwar culture and politics and leader of the erstwhile Iraq National Democratic party. After studying architecture in London at the Hammersmith School of Arts and Crafts, Rifat returned to Iraq in 1952. In Baghdad, he formed his design office, Iraq Consult, where he worked as an architect and planner. At the same time, Chadirji held a number of intermittent government posts, including Director of Buildings for Baghdad’s Waqaf Organization. As his architectural practice developed, he became focused on an approach to design combining western technical advances and local vernacular forms. This quest governed his later work, during the 1960s and 1970s, and became the basis of much of his subsequent writing as an architectural theorist. He was a prolific designer, responsible for more than one hundred buildings in Iraq in and neighboring states. Many of his buildings, such as the 1966 administration offices for the Federation of Industries, the 1966 offices and stores for the Tobacco Monopoly Administration, or the 1975 offices for the Central Post, Telegraph and Telephone Administration, were seen as consequential for Iraq and the region. While practicing as an architect, Chadirji, like his father, devoted a portion of his time to photography, documenting his own buildings and the disappearing customs and urban texture of Baghdad and its surrounding cities. Jailed in 1978 by Ahmed Hassan Al-Bakr, Chadirji was released by Saddam Hussein in 1980 to help plan modifications to Baghdad in anticipation of the Conference of Nonaligned Countries. Chadirji fled Baghdad in 1983 for Harvard University, where he remained for the 1980s, first as a Loeb Fellow and then as a visiting scholar. In 1986 he received the Agha Khan Chairman’s Award for lifetime achievement in architecture. Taha Street and Hammersmith, Chadirji’s first book, appeared in Arabic in 1985. Concepts and Influences: Towards A Regionalized International Architecture, 1952-1978, his first book in English, was printed in 1986.He has since published more than ten others. Following the recent war in Iraq, Chadirji received renewed attention as an important architect whose buildings had suffered war damage and as a voice espousing a form of secular modernity during Iraq’s earlier period of growth. He now lives in London with his wife Balkis Shararah.

The Arab Image Foundation is a non-profit organization established in Beirut in 1997. Its mission is to collect, preserve and study photographs from the Middle East, North Africa and the Arab diaspora. The AIF’s expanding collection is generated through artist and scholar-led projects. The Foundation makes its collection accessible to the public through a wide spectrum of activities, including exhibitions, publications, videos, a website and an online image database.

Every Building in Baghdad originated at the Arthur Ross Architecture Gallery at Columbia University’s Graduate School of Architecture Planning and Preservation and was curated by Mark Wasiuta, Adam Bandler, and Florencia Alvarez.

The Arthur Ross Architecture Gallery at GSAPP is a platform for original curatorial projects and for experiments with the distribution and organization of research material. Through its exhibitions the gallery exposes important and unexamined projects and archives from the postwar period.

Thursday, November 17
“The Work of Rifat Chadirji within the Context of a Modernizing Baghdad”
Amin Alsaden

Additional events will be announced throughout the run of the show. For more information about upcoming events, visit: www.grahamfoundation.org/public_events