House Housing: An Untimely History of Architecture and Real Estate

In February 2016, Vicki Been, Commissioner of New York City’s Department of Housing Preservation and Development, argued to affordable housing advocates that the percentage of affordable housing required as a part of Mayor Bill de Blasio’s rezoning proposals was as good as it could get. Saying “30% of zero is zero,” Been indicated that in the current system, private developers hold the power to build, and that too-stringent regulation runs the risk of eliminating new housing construction altogether. Adjustments to design guidelines were central to these negotiations. As elsewhere, the dependence of public goods on private capital constitutes a central tension in New York City’s housing debate, and it is something with which architects are—and have long been— very familiar.

In December 1939, the Federal Housing Administration declined to insure a mortgage for one of Frank Lloyd Wright’s Usonian houses in East Lansing, Michigan. The house’s low ceilings and open interior spaces were considered too risky an investment. The incompatibility of Wright’s design with the speculative value of the real estate seemingly determined the project’s fate. Impassioned correspondence between architect, client, and bureaucrats; an annotated floor plan; and a local newspaper clipping offer evidence of the resulting tension in this short but telling episode in the history of architecture and real estate.

House Housing excerpts this history in thirty-six episodes, spanning from the early twentieth century to the present. Ordinary artifacts generated by governments, industries, institutions, and individuals tell short stories that show how design, policy, finance, culture, and politics interconnect. As indicated by the project’s title, this multi-media history is untimely in two respects. First, it returns us to matters widely discussed in the aftermath of the 2008 mortgage foreclosure crisis—issues that are now re-emerging but which have not fully taken hold in professional architectural circles. Second, the exhibition’s non-linear chronology reveals surprising repetitions of earlier debates and actions. Tables turn as history repeats, differently each time, and House Housing shows concretely the many ways in which architecture participates in the making and breaking of these cycles.

Between 2013 and 2016, a team at Columbia University’s Temple Hoyne Buell Center for the Study of American Architecture attempted to answer a series of questions: What is the relationship between architecture, real estate, and the imagination? How are designers implicated in the profit-driven development that significantly shapes how we live? How did this happen? To date, the results of this research have appeared as site-specific interventions in Venice, Chicago, Berlin, and Los Angeles; have been discussed in public events and were compiled in a website. The televisions, magazines, paperwork, and other largely domestic items collected in the exhibition bear witness to the media through which untimely histories repeat, and their content captures the diversity of ways in which these artifacts form a part of our everyday environment. The tear-sheets describe all thirty-six episodes and list their supporting evidence, pointing toward the additional information available at house-housing.com, including essays, a bibliography, and a provisional report titled The Art of Inequality: Architecture, Housing, and Real Estate. Seen together, these pieces of House Housing are meant to encourage a deepened perspective on the interaction of architecture and real estate development, and to remind us that next time, things could be different. 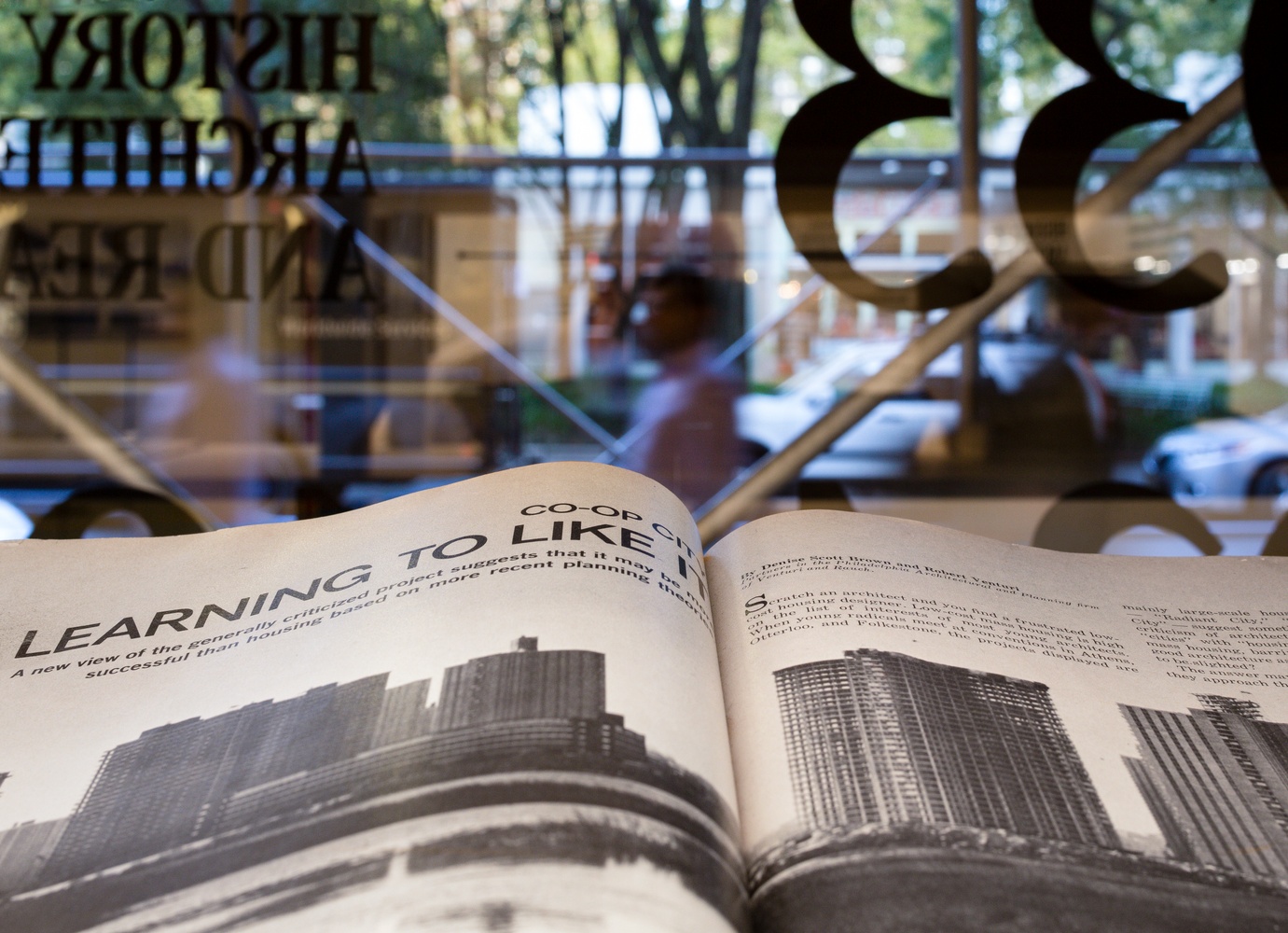 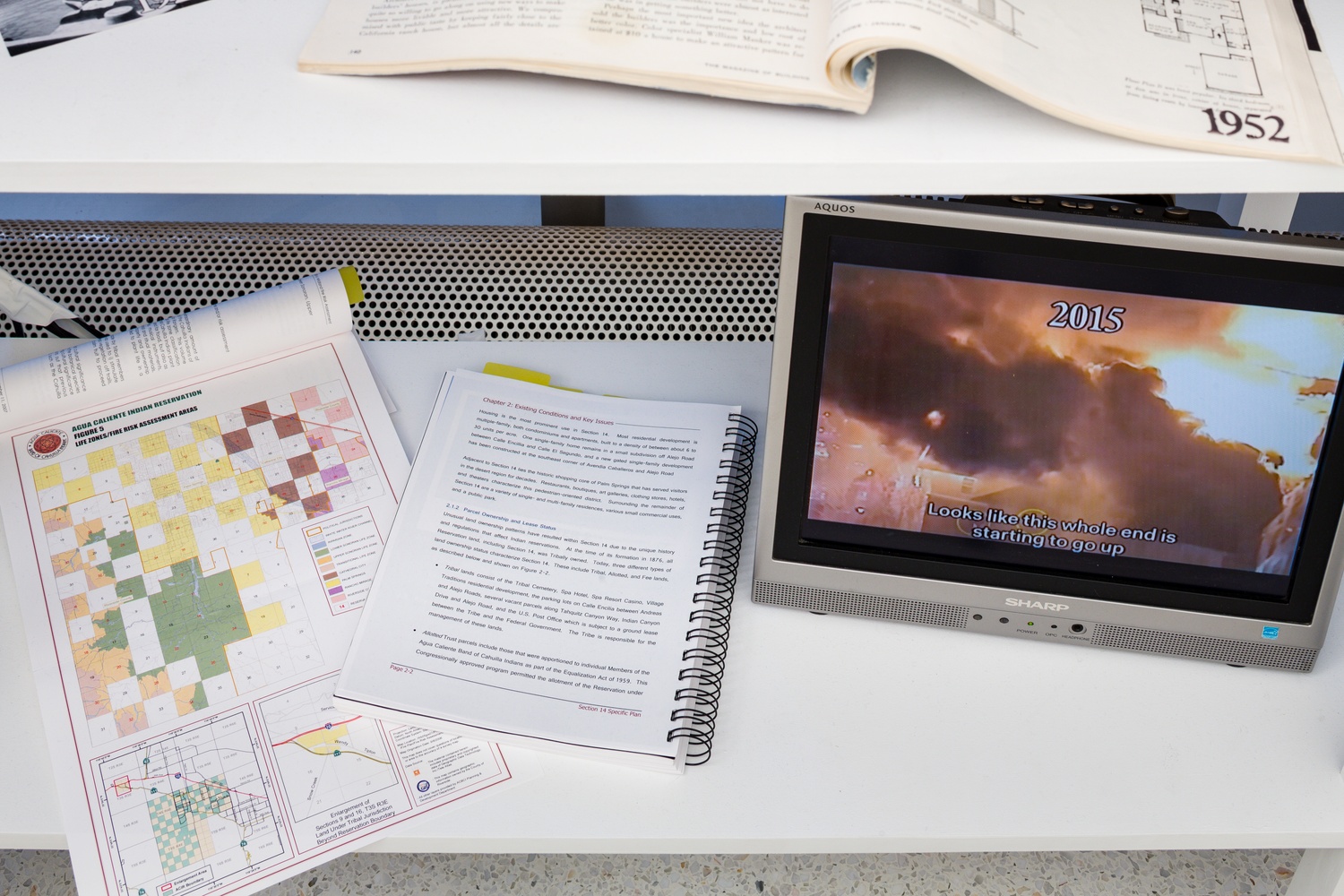 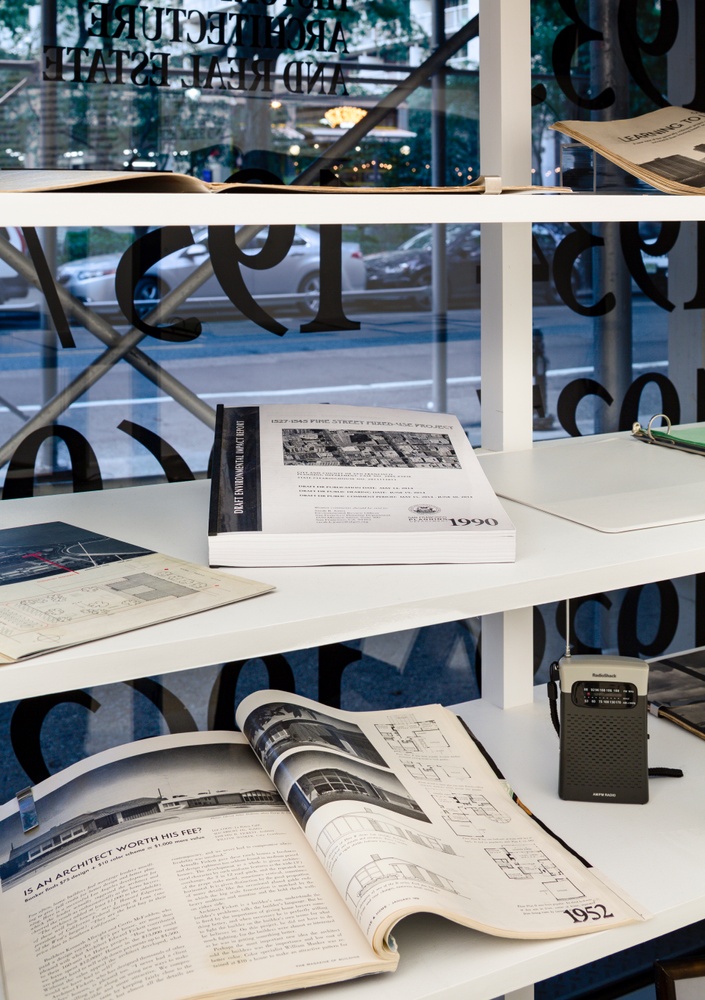 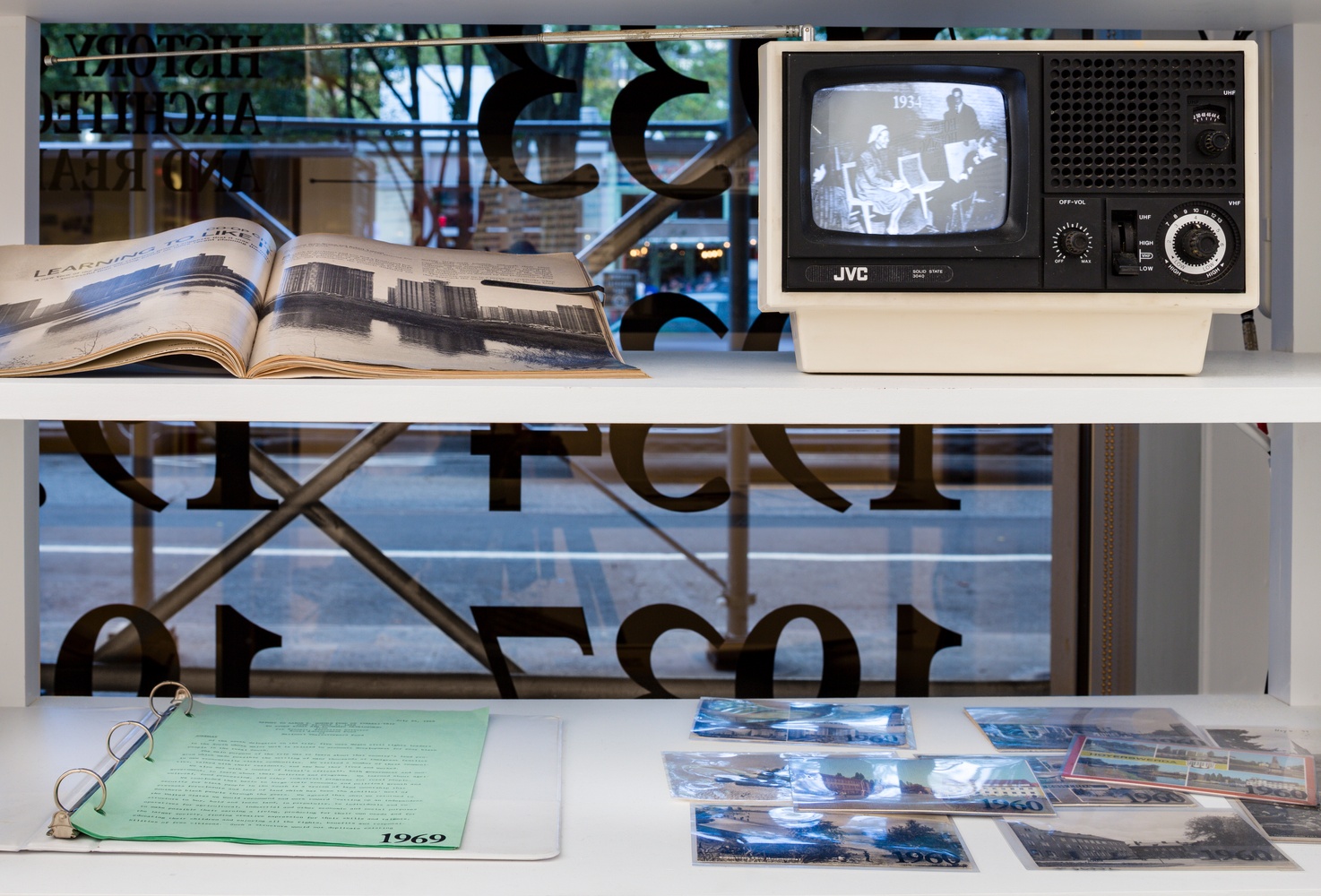 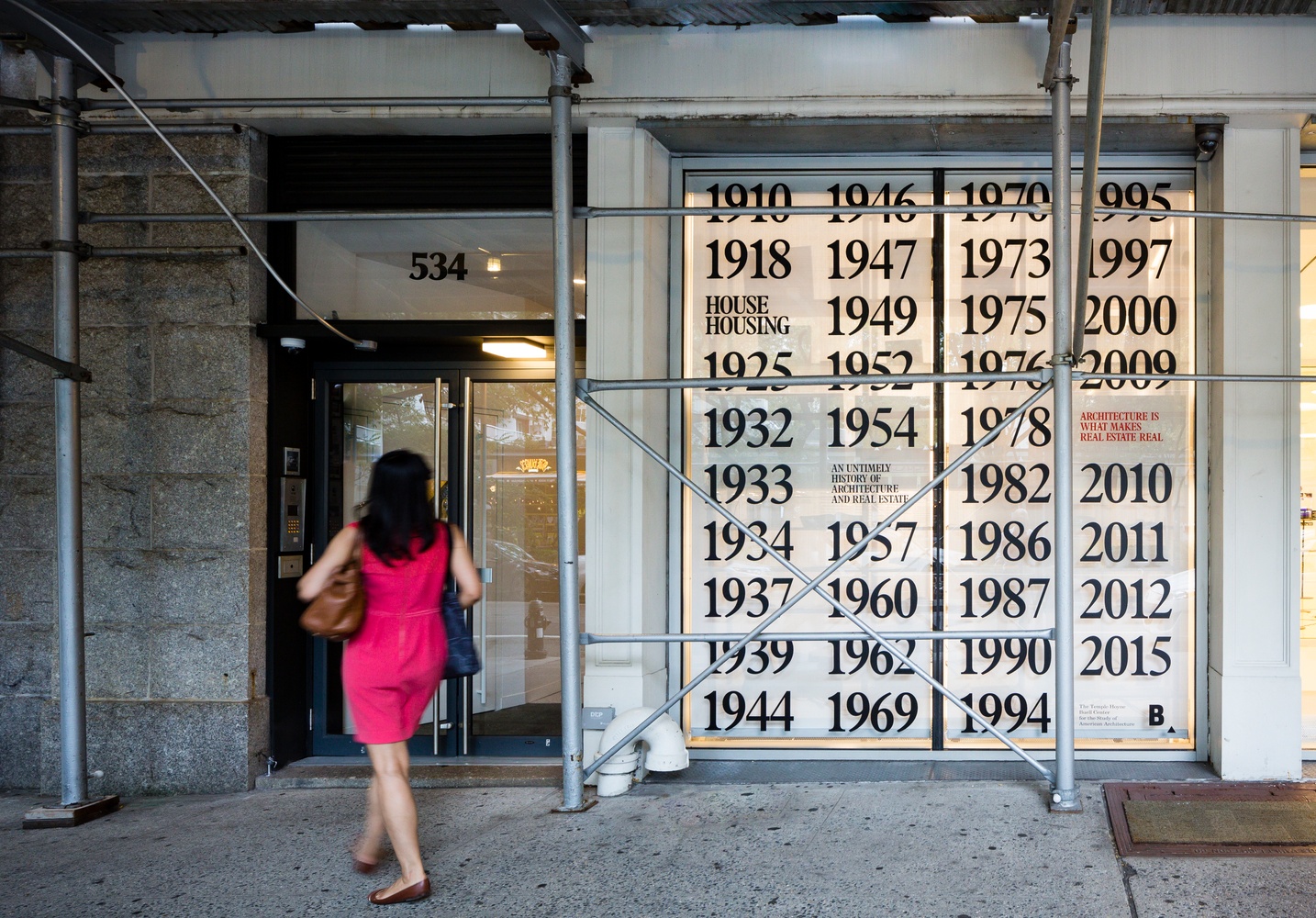 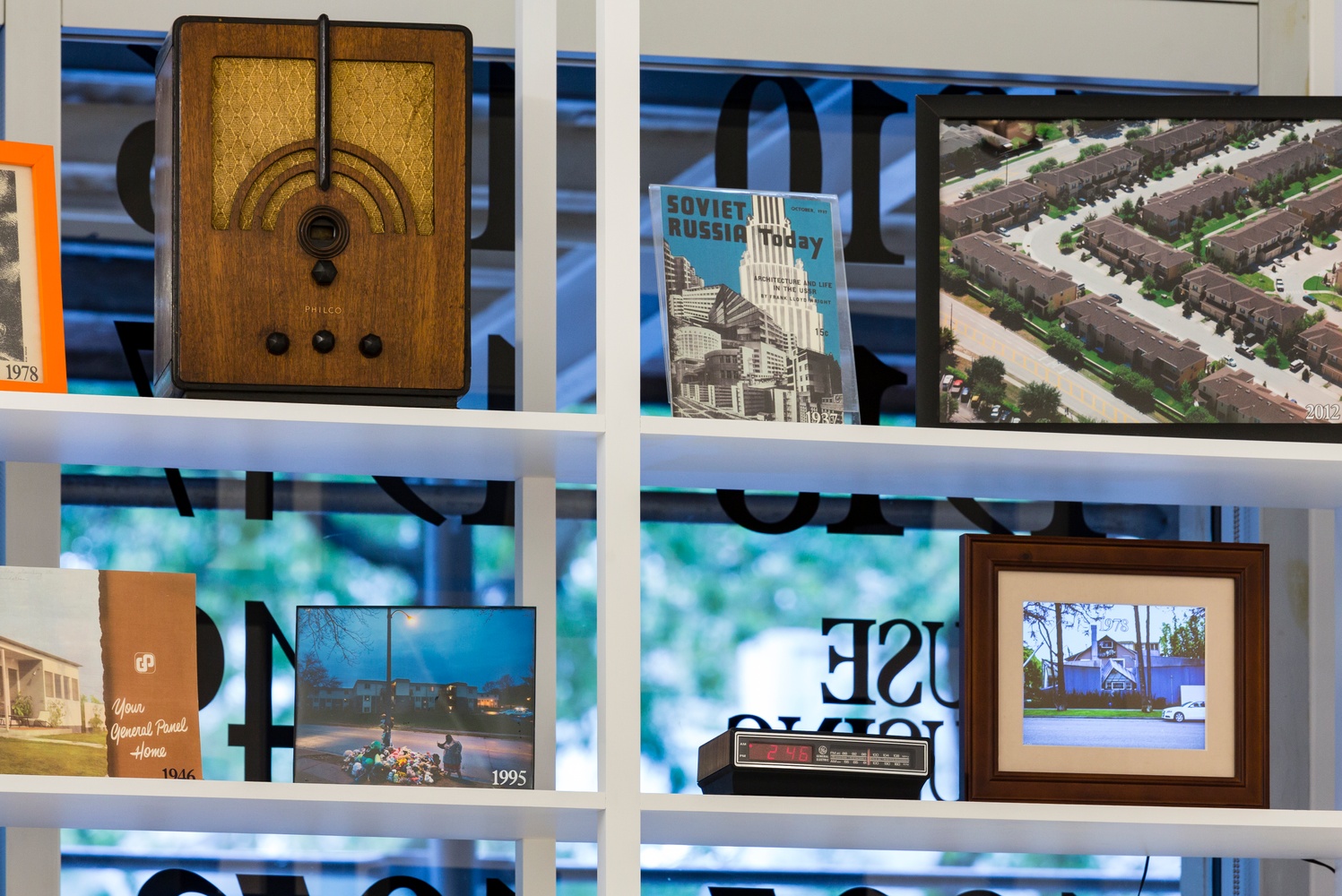 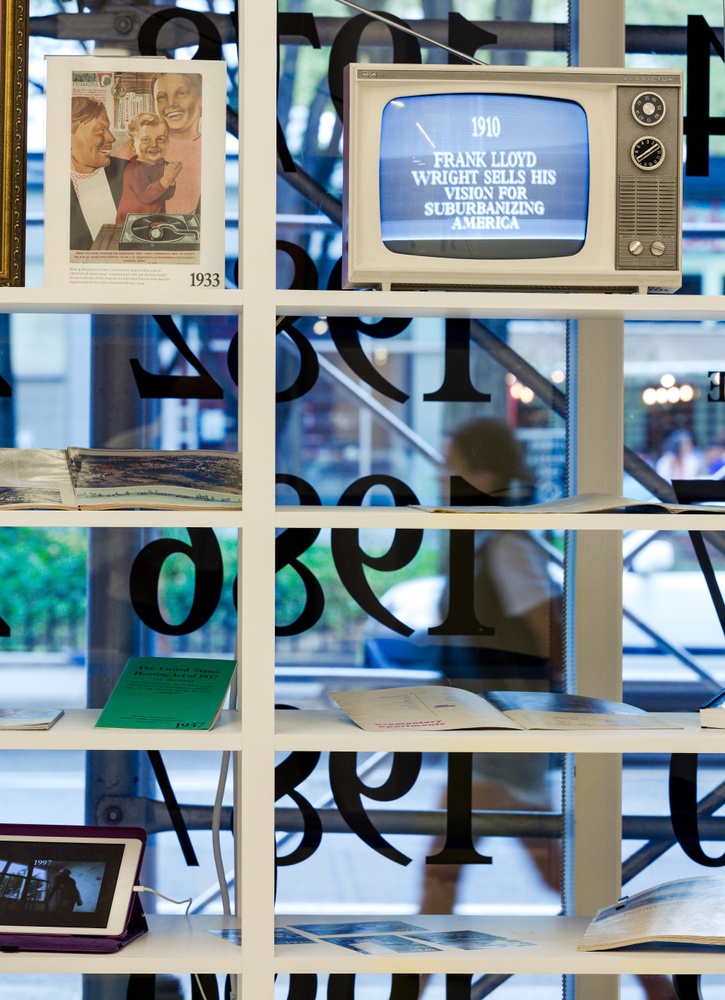 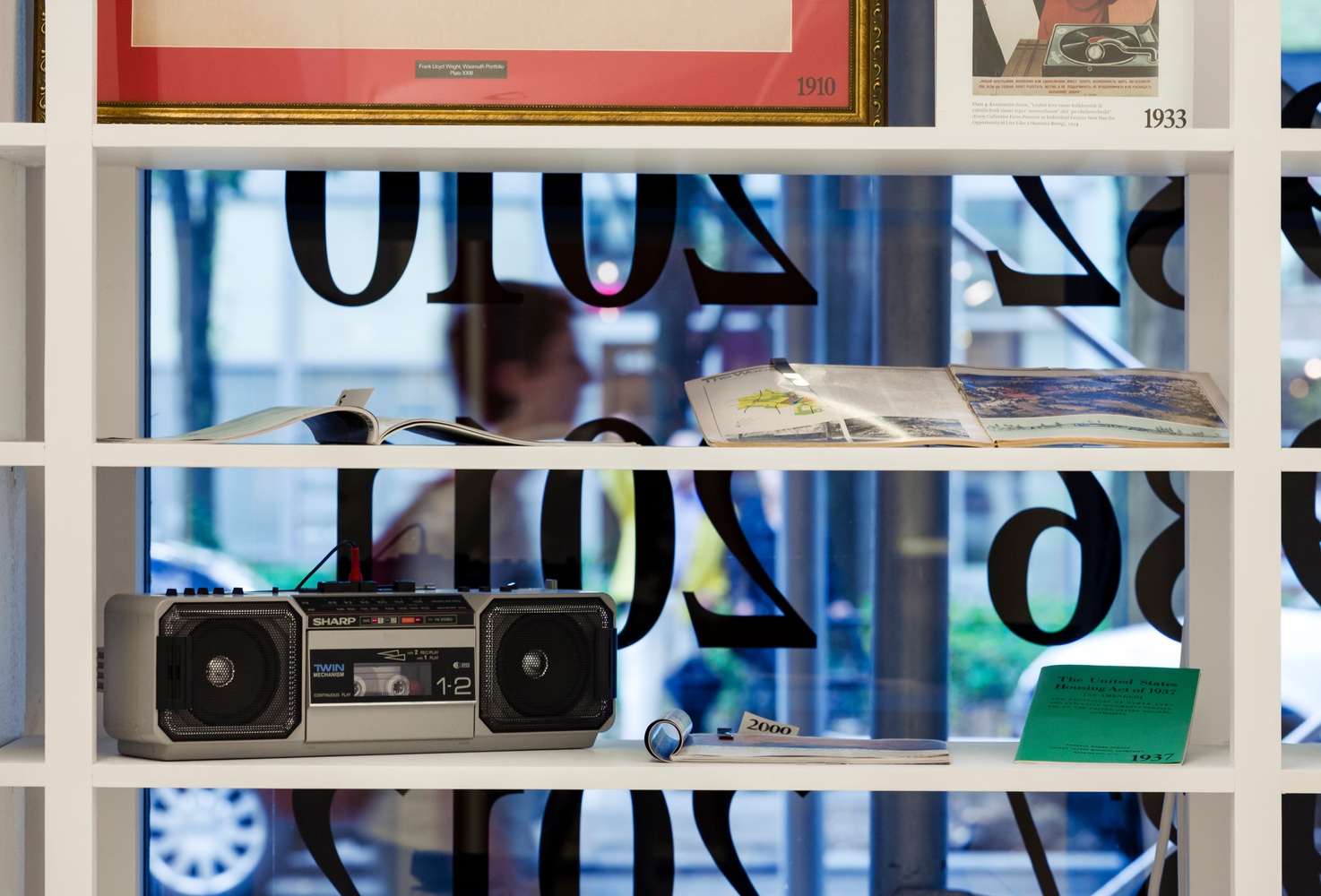 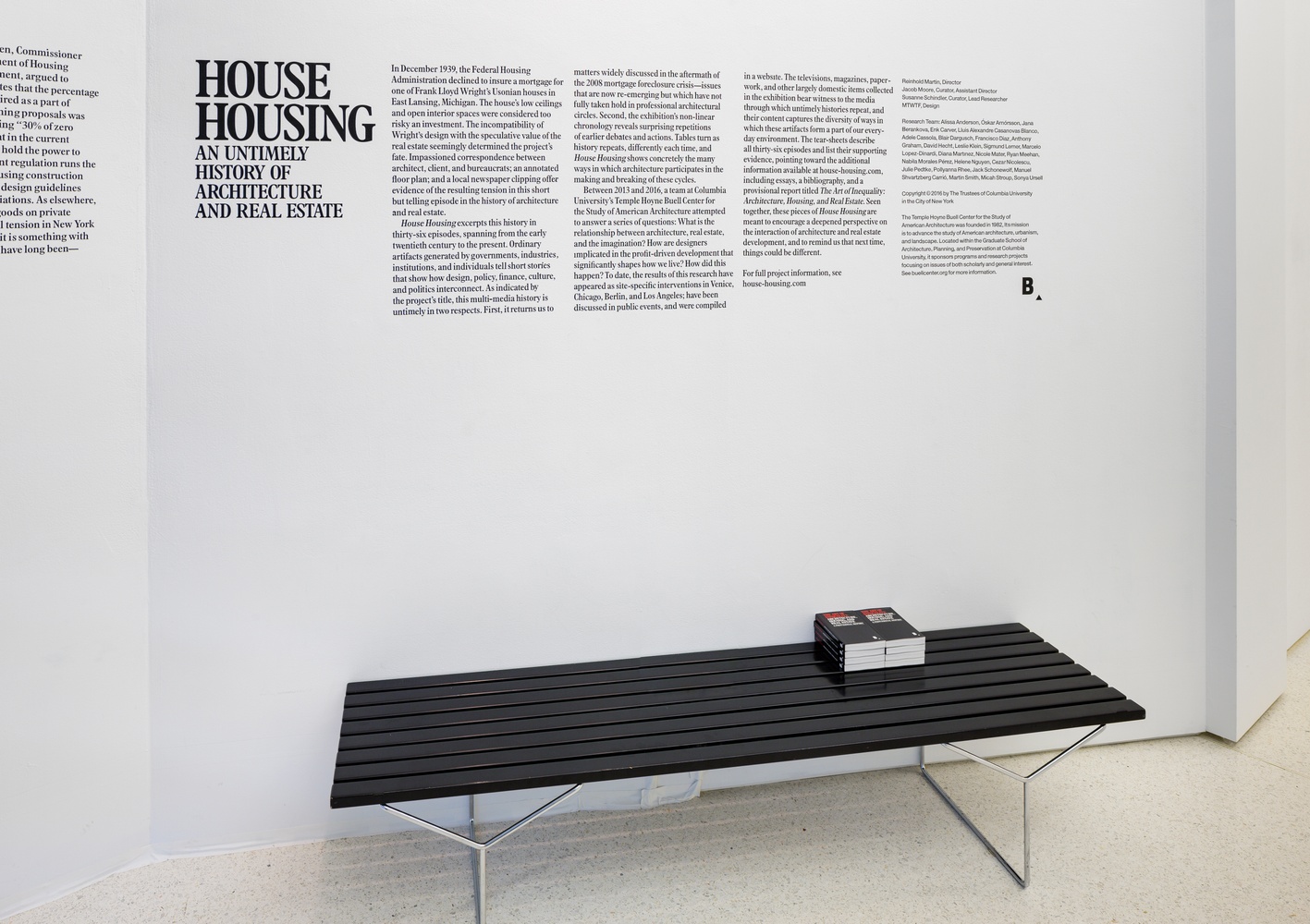 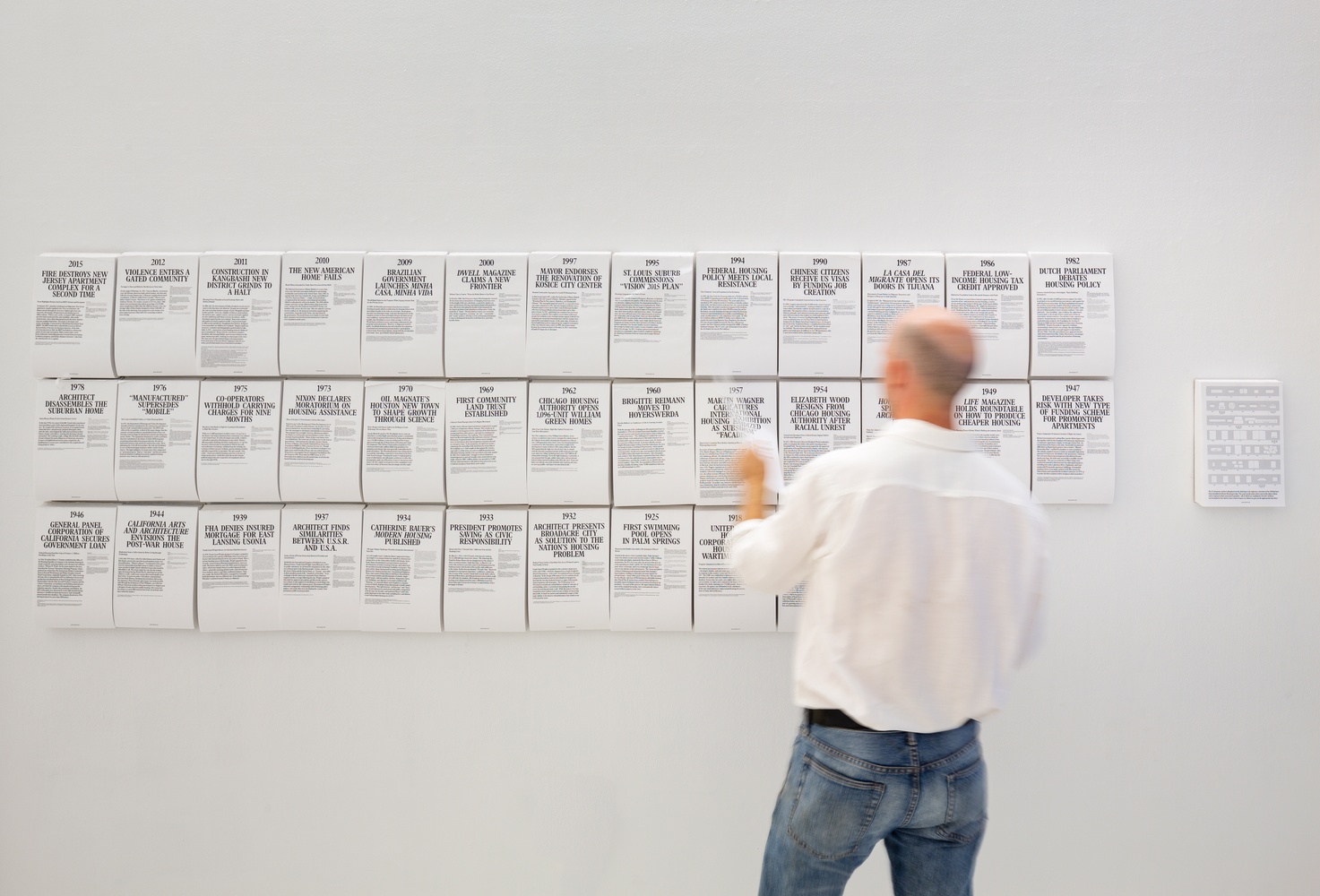 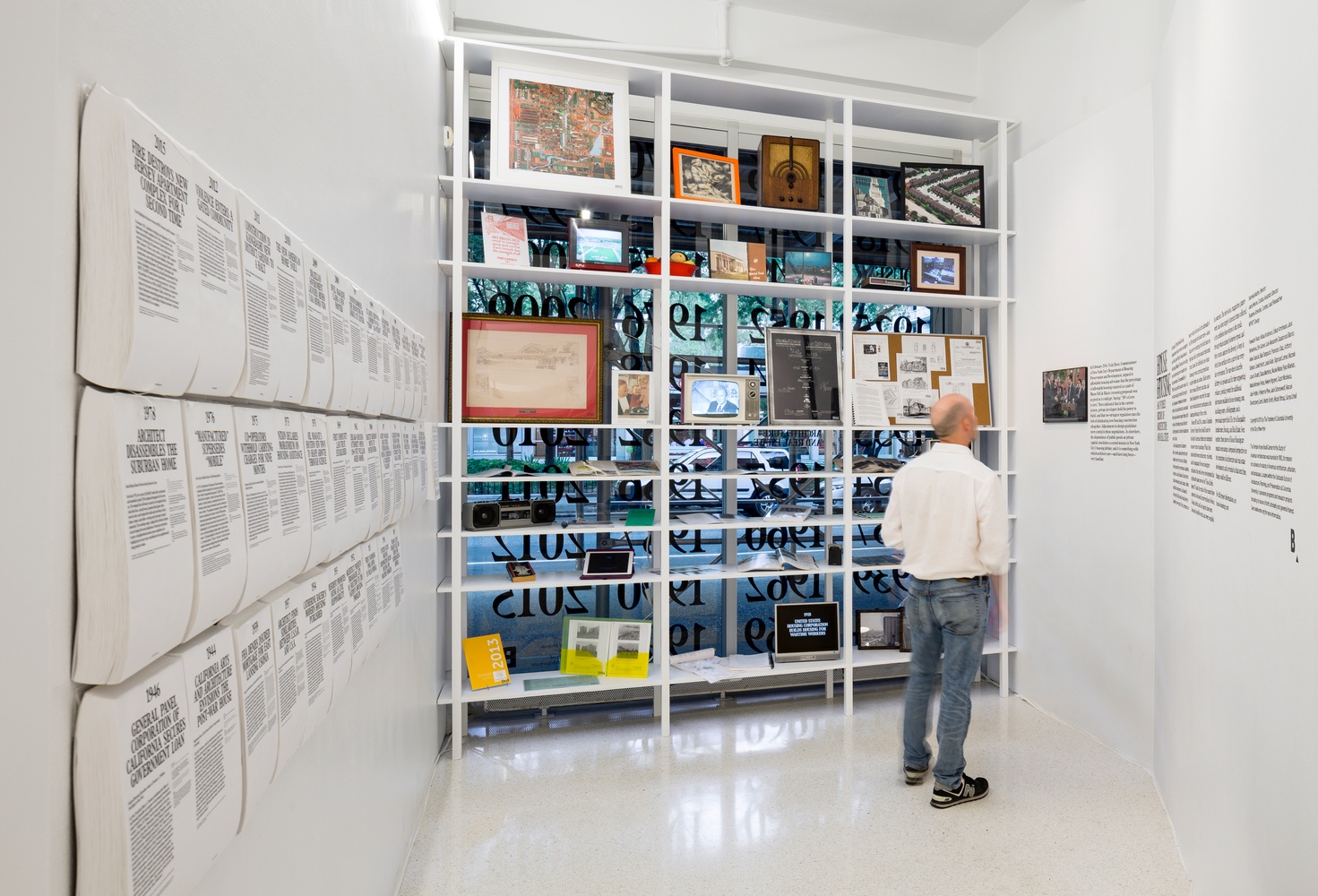 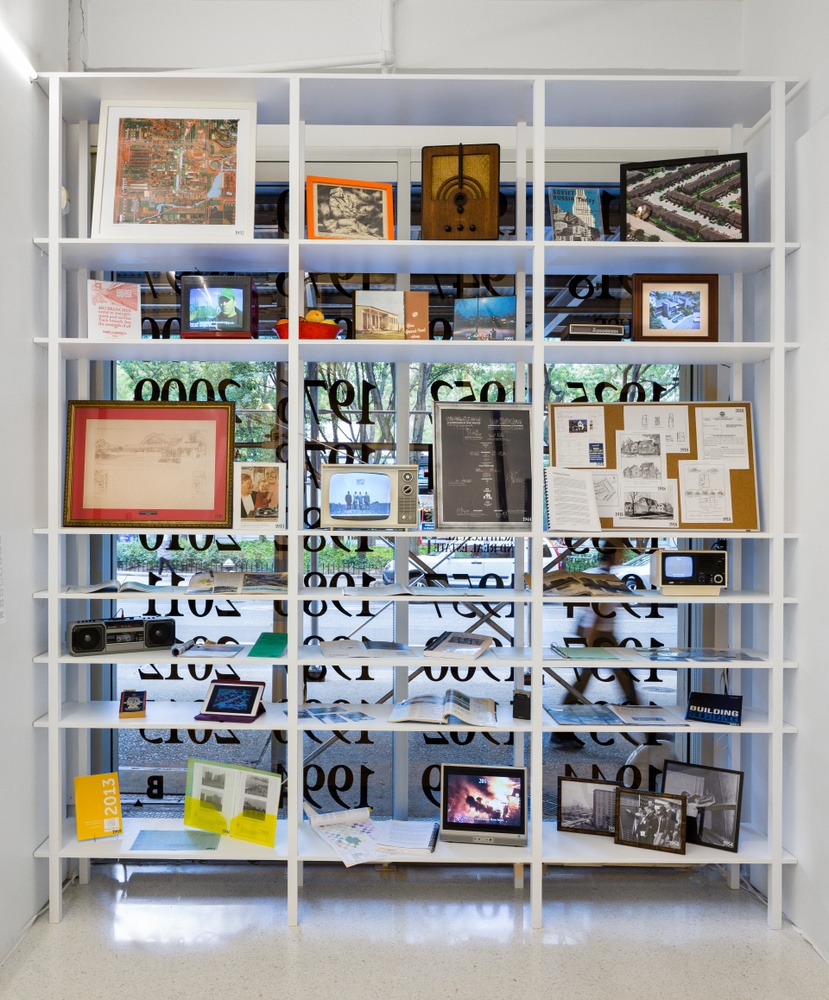 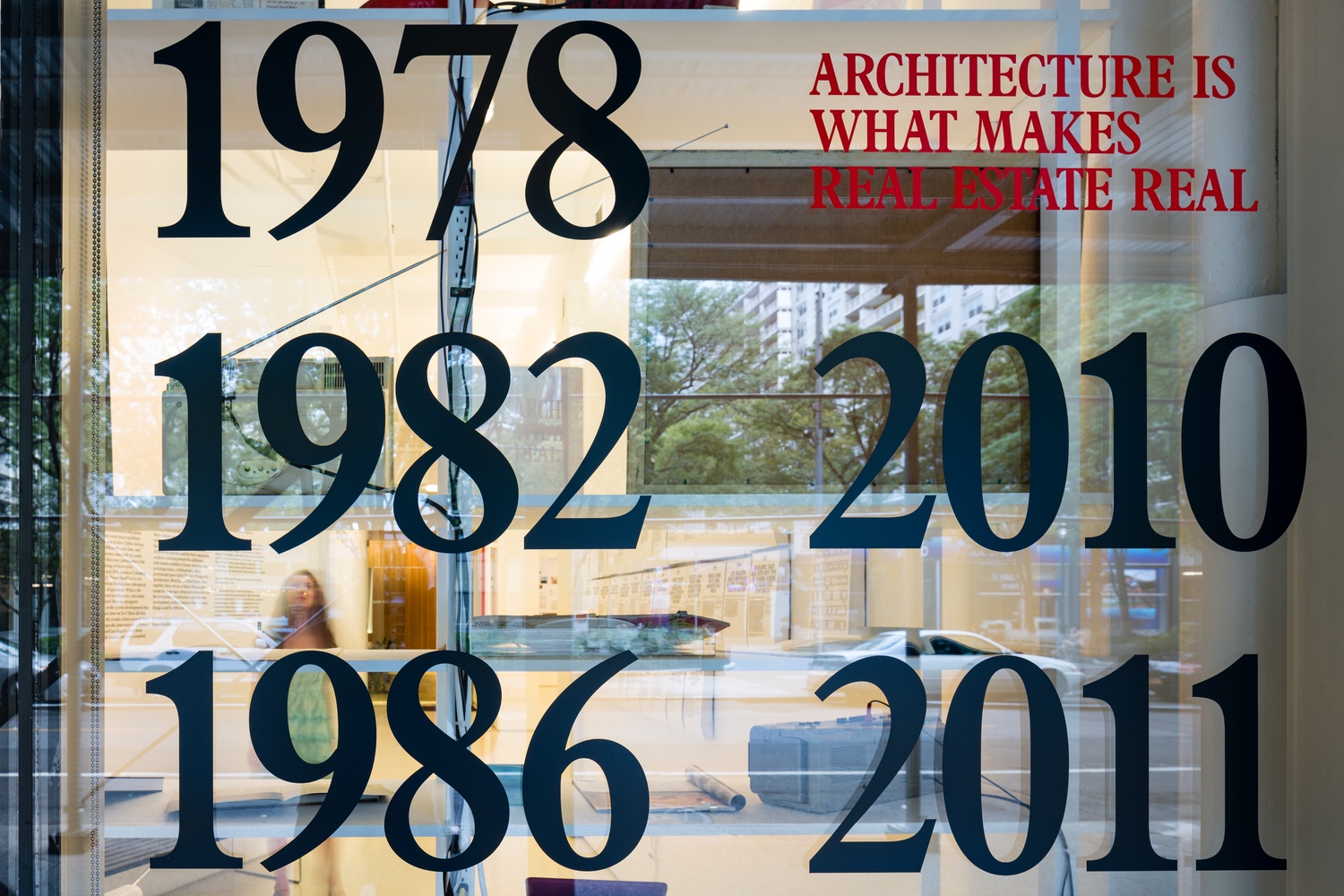 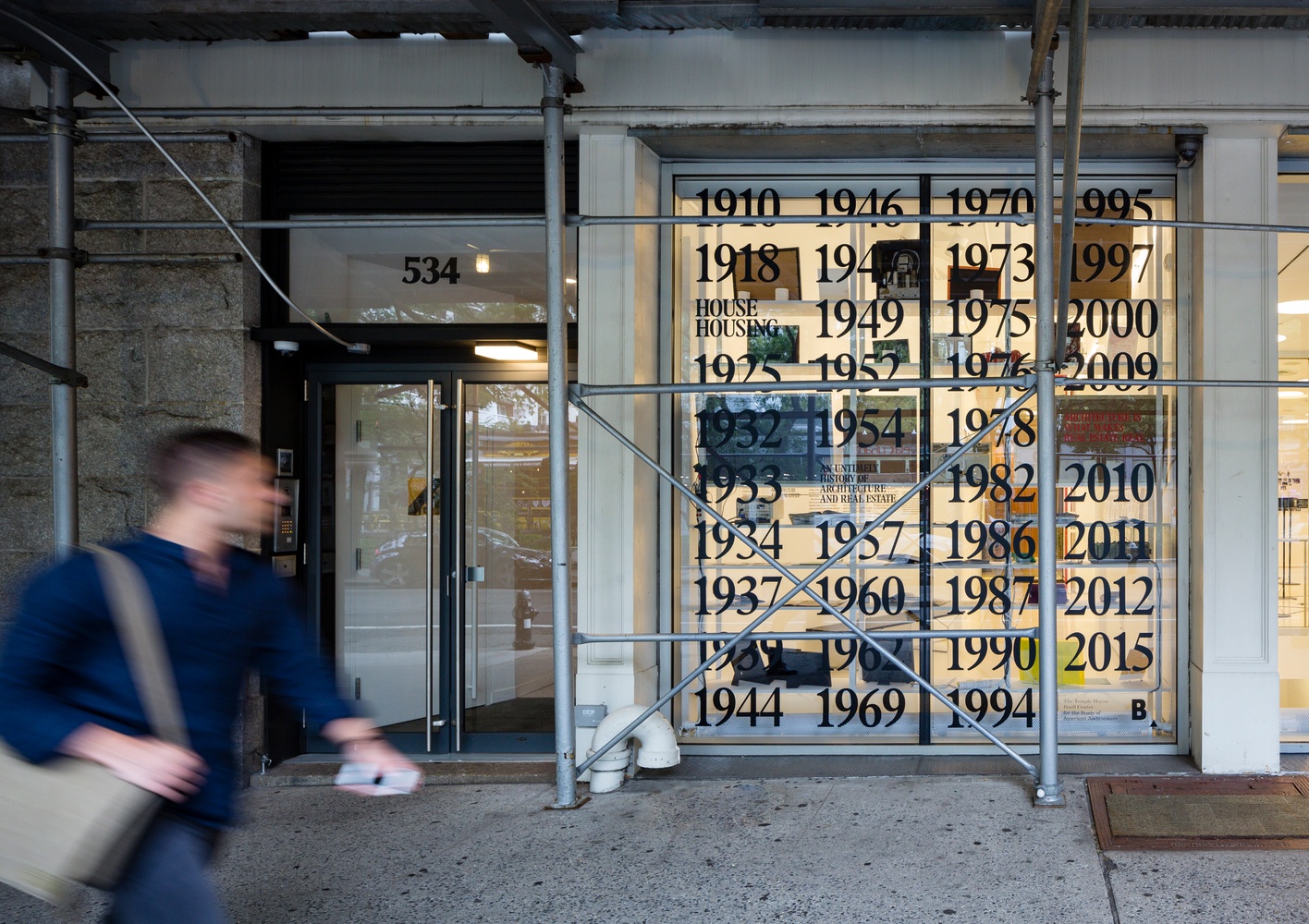 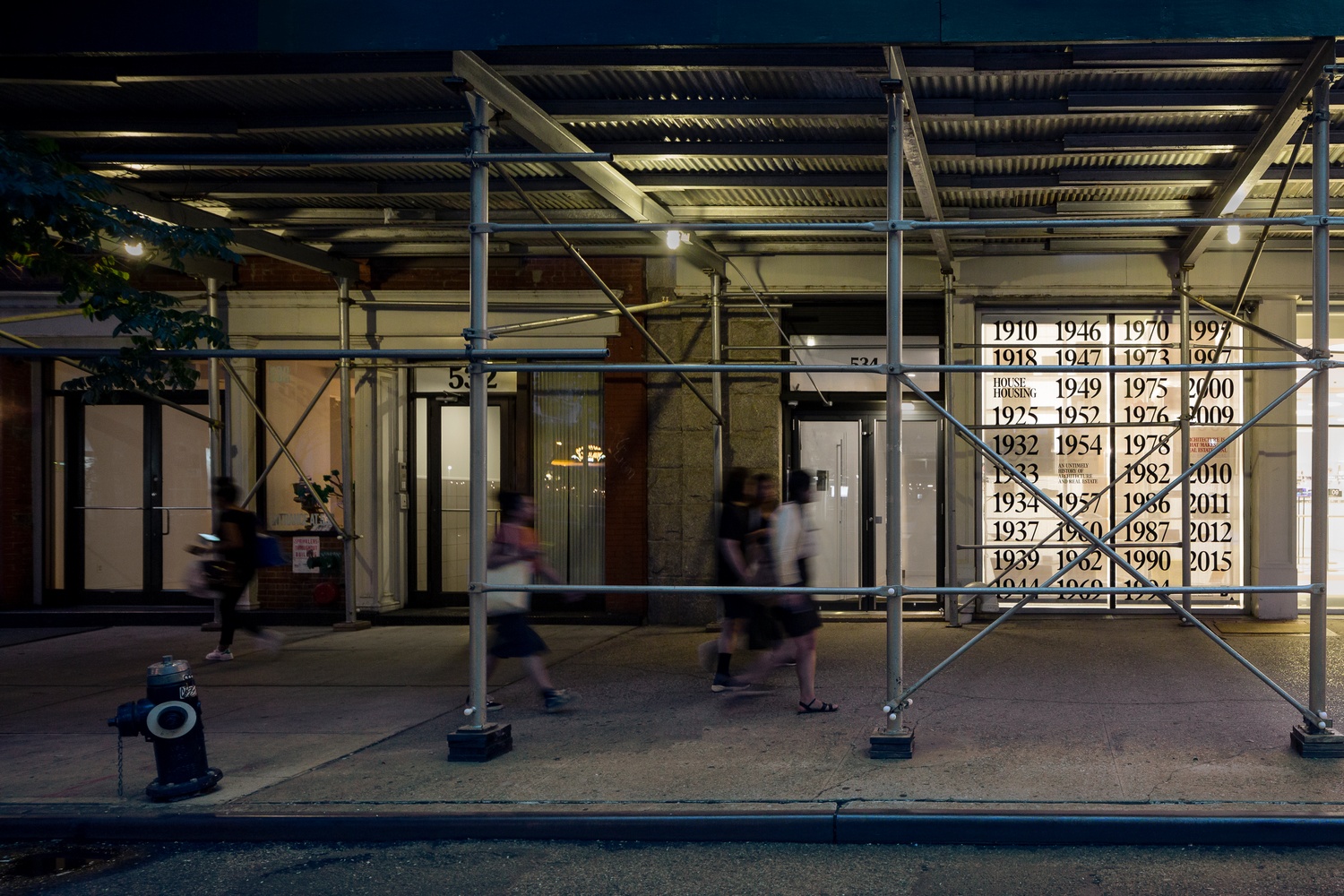 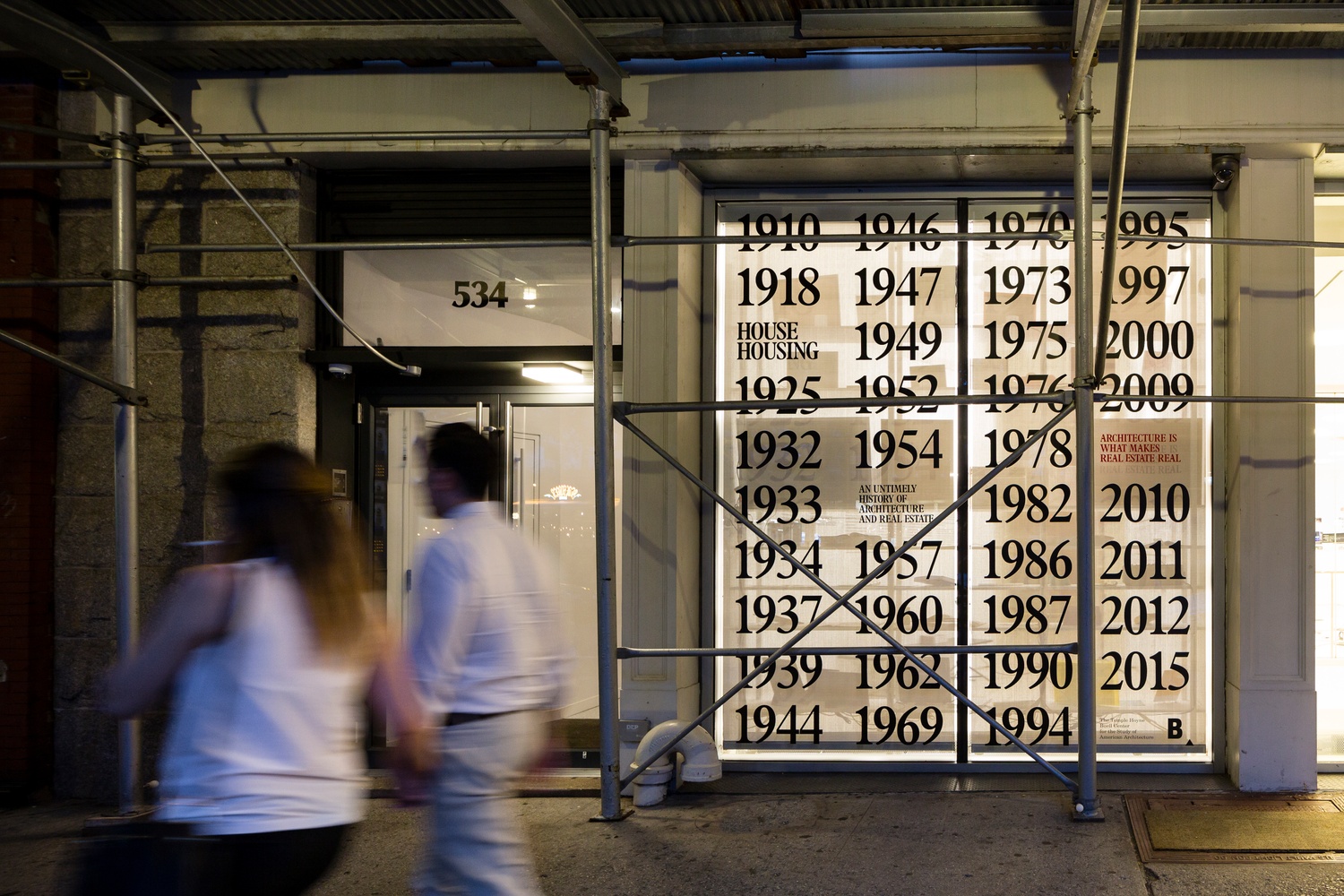 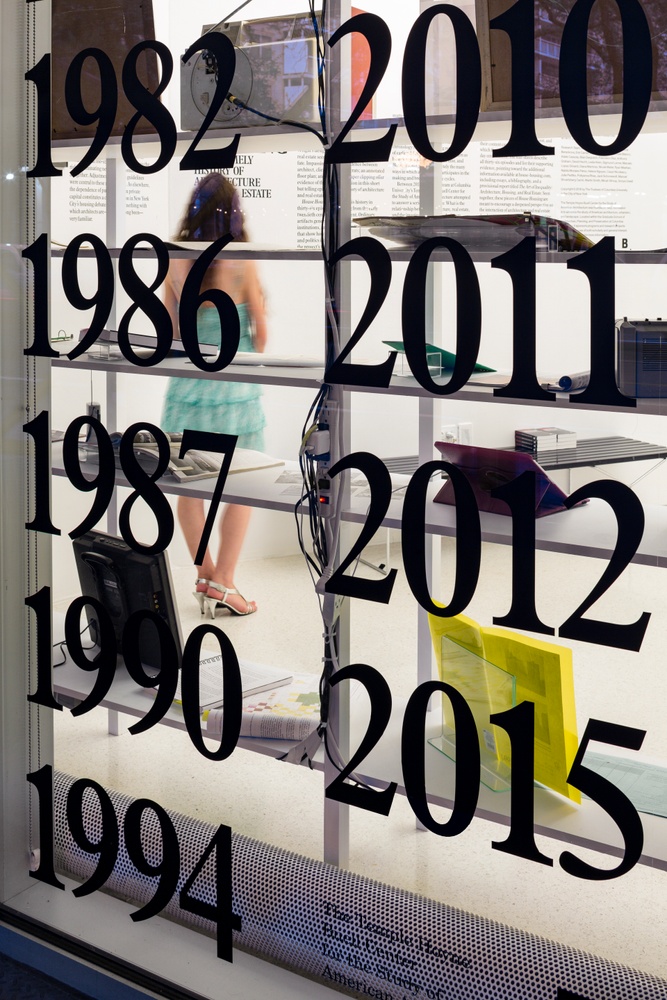 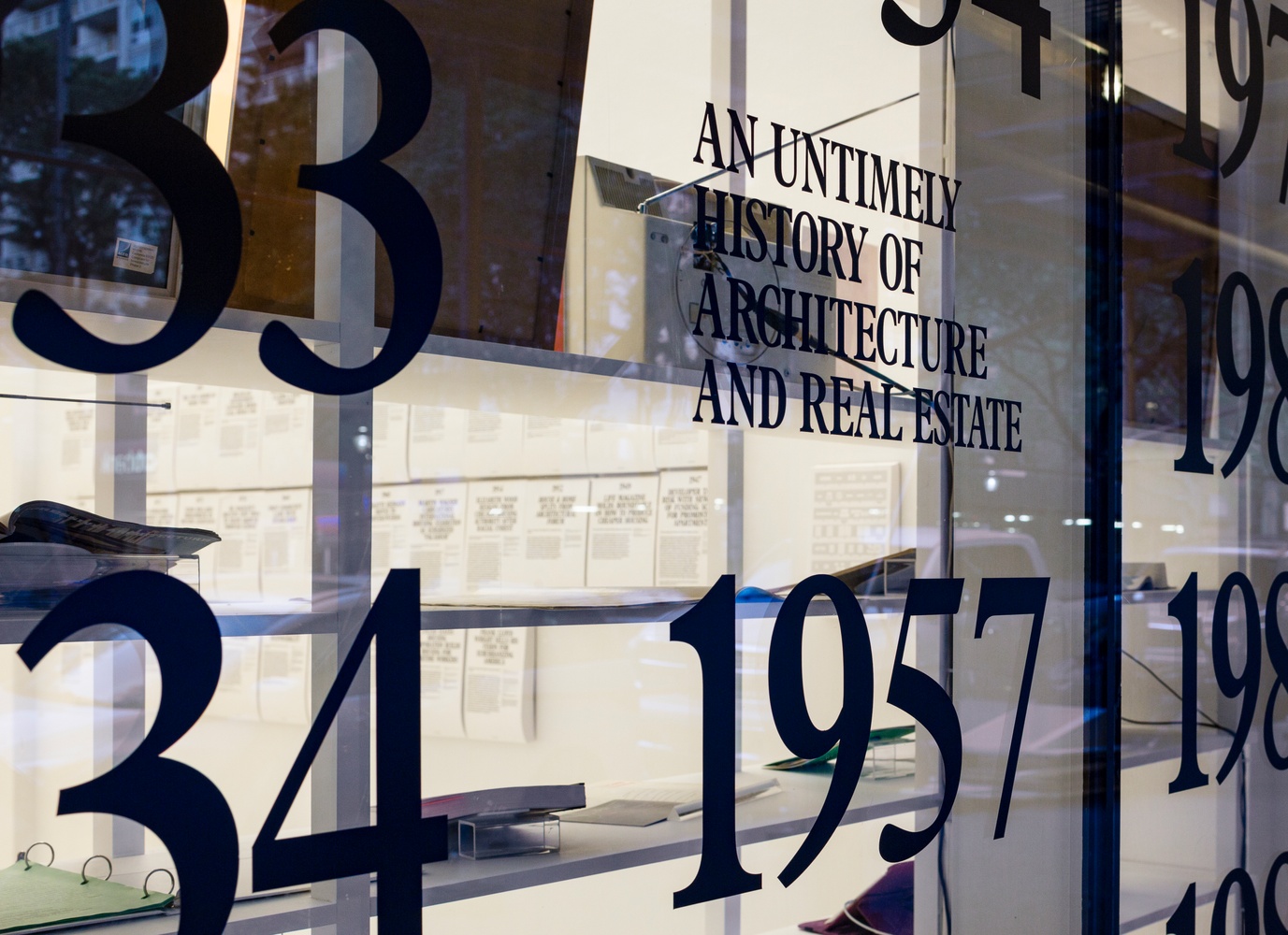