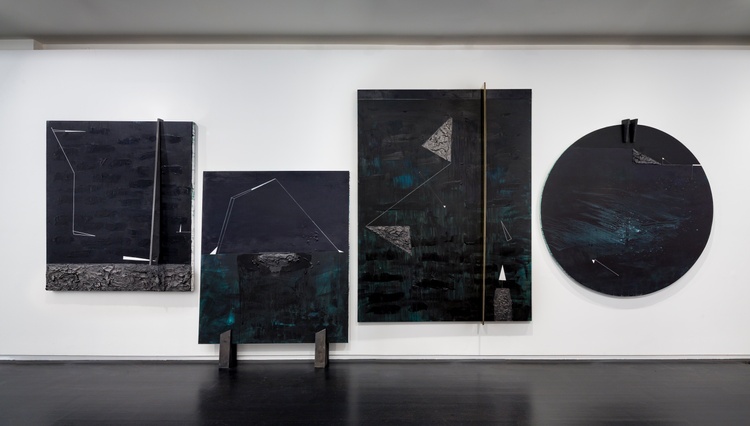 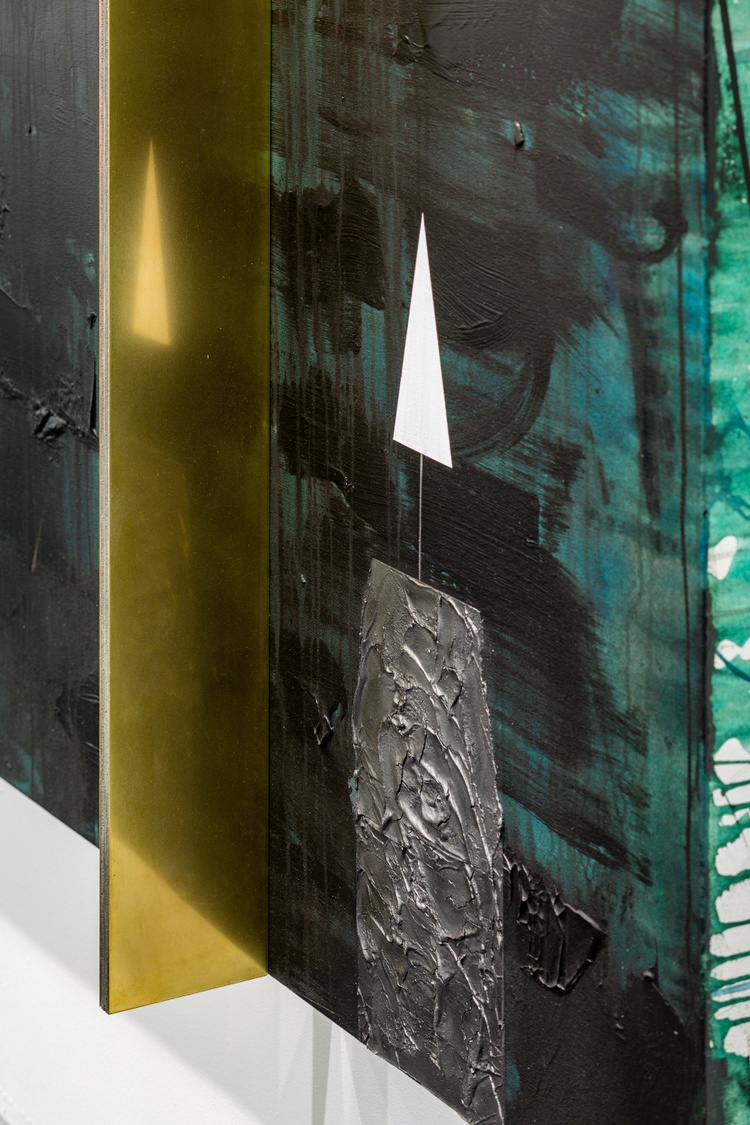 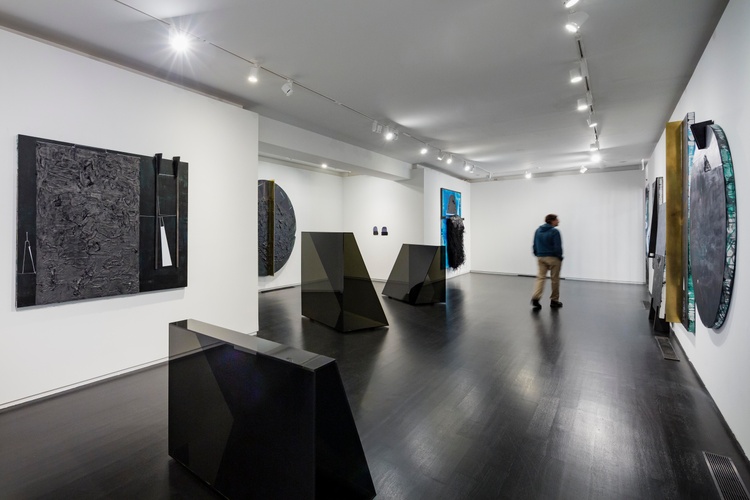 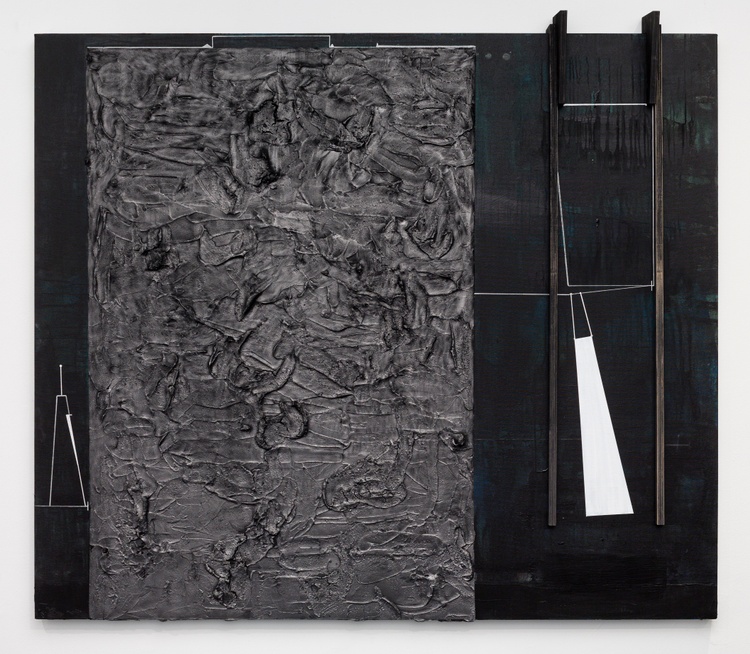 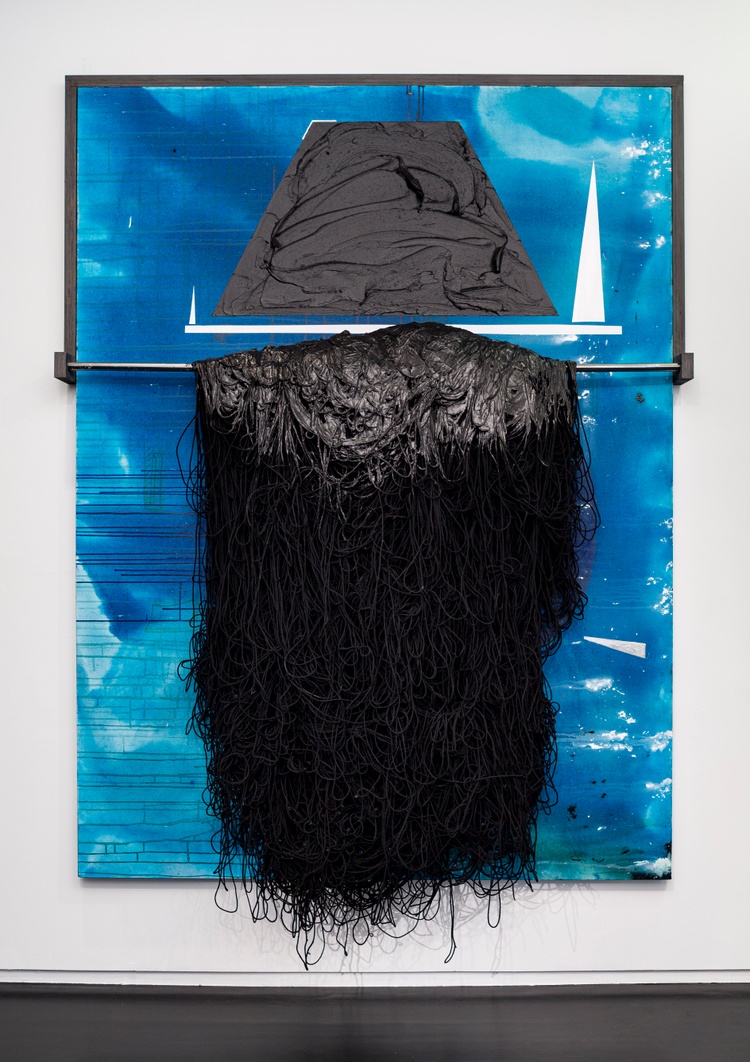 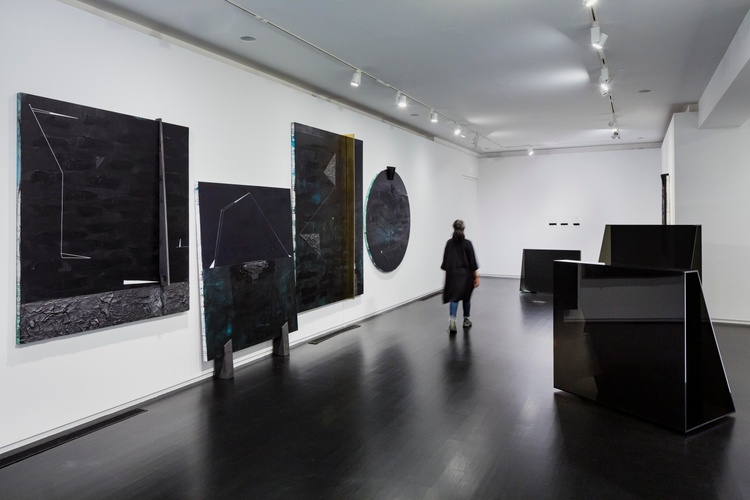 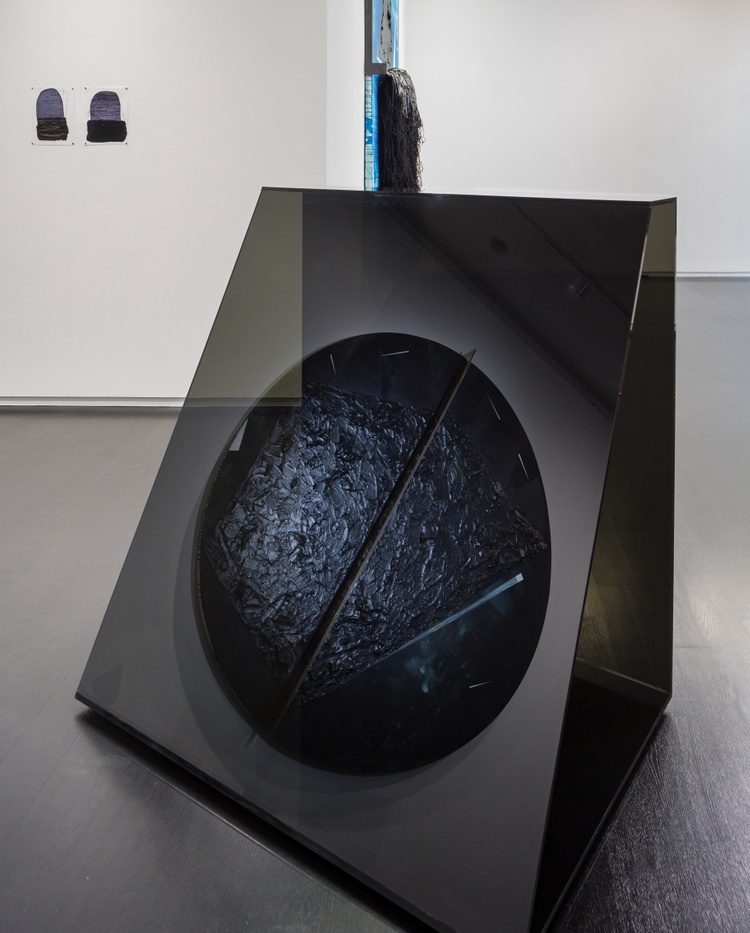 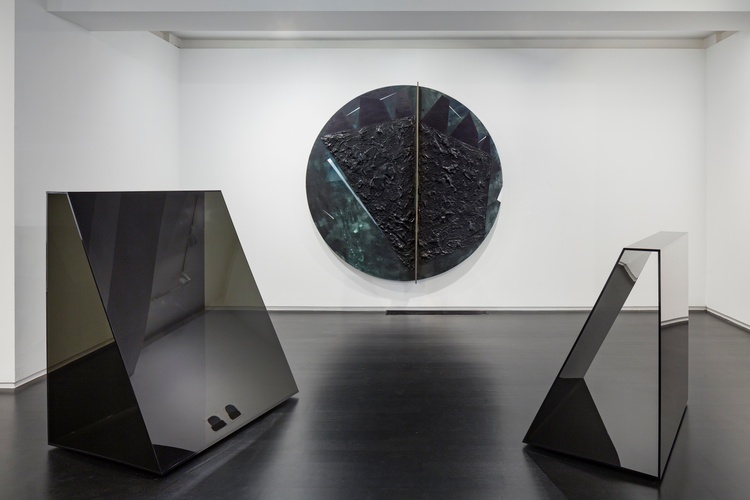 Combining expressive mark making and geometric abstraction, New York-based artist Torkwase Dyson (b. 1973, Chicago) works in painting, sculpture, drawing, and performance. She creates visual and material systems that explore relationships between bodily movement and architecture, with an emphasis on the ways that black and brown bodies perceive and negotiate space. Throughout her work, Dyson considers forms of environmental justice from historical and contemporary perspectives, seeking to uncover new understandings of geography and belonging.

For her exhibition 1919: Black Water, Dyson presents new paintings, sculpture, and drawings that respond to the 100th anniversary of the “Red Summer” of 1919, a period of heightened racial violence across the United States. Her point of entry is a tragic episode that unfolded in the segregated waters of Chicago’s South Side beaches. On July 27, 1919 five black teenagers went swimming in Lake Michigan with a homemade raft and drifted near the unmarked boundary that extended from the black and white beaches. As tensions between black and white beachgoers erupted on the shore, a white Chicagoan assaulted the boys in the water, throwing stones at them. One of the boys, Eugene Williams, was struck in the head and drowned. Upon news of his death, violence escalated on the beach and intensified when a white police officer refused to arrest the man responsible for the boy’s death, yet arrested a black man upon complaints from a white man at the scene. Over the next five days rioting and racial attacks spread throughout Chicago.

The story of Eugene Williams offers Dyson a historical framework to think through the relationship between race, climate migration, and the architectural imagination. She contemplates the industrial waste that flowed into the water where the boys swam, which warmed and cooled the lake, and the raft they built from infrastructural debris to navigate its “hot” and “cold” zones. For Dyson, the raft—designed and constructed by the boys—is an architectural structure of extraordinary significance: a space of refuge, but also a space of liberation. Attending to these modulations of temperature and spatial agency, her paintings and drawings incorporate cumulative layers of washes, colors, textures, geometric markings, and sculptural modules, while an abstract sculpture grapples with the interstitial political and environmental conditions that the boys on the raft created and occupied.

The exhibition advances Dyson’s research on the ways that water, historically and in the present, operates as a contested geography and how climate change disproportionately affects people of color around the world. It connects her interest in emerging discourses on the plantationocene with her idea of “Black Compositional Thought,” a working term that considers how spatial networks—paths, throughways, water, architecture, and geographies—are composed by black bodies and how the attendant properties of energy, space, and objects interact as networks of liberation.


The exhibition 1919: Black Water is organized by Columbia GSAPP and curated by Irene Sunwoo, GSAPP Director of Exhibitions and Curator of the Arthur Ross Architecture Gallery.

Please note that the gallery will be closed from Wednesday November 27 to Saturday November 30 for the Thanksgiving holiday.

A discussion with artist Torkwase Dyson in conversation with LeRonn P Brooks, moderated by Mario Gooden on the ocassion of the opening of 1919: Black Water.
Columbia Books on
Architecture and the City
Read
Press Release