“What we from our point of view call colonization, missions to the heathen, spread of civilization, etc., has another face—the face of a bird of prey seeking with cruel intentness for distant quarry—a face worthy of a race of pirates and highwaymen. All the other eagles and other predatory creatures that adorn our coats of arms seem to me apt psychological representatives of our true nature.”

The current discourse on climate change has failed to acknowledge the territorial sovereignties and political geographies that confront the bounded systems and perceived permanence of the nation state. The real crisis, if there is one, seems to be located in the minds, models, and media of city-centric populations that are more and more removed from means of material production and territories of resource exploitation. Put otherwise, the map is no longer the territory.

This spatial, ontological divide—between metropolis and hinterland—is exacerbated by an explosion of industrial operations and incorporations seamlessly crossing political boundaries and geographic borders. So large, so vast, and so fast is the pace and scale of these operations, they are seemingly impossible to imagine, let alone to represent. Although the flow and concentration of industrial extractive capital may vary with ‘urban demand,’ ‘technological capacity,’ or ‘discovery of resources’—whether onshore or offshore, structures of political power and systems of social control have remained relatively unchanged and unchecked for the past four to five centuries. In the words of systems thinker Georg Hegel (Philosophy of Right, 1820): “the development of the State into a constitutional monarchy is the supreme product and power of the world today, in which its ideal and unlimited condition has been reached.” Clearly, the contemporary, colonial condition survives.

If then “the problem of territory, and of territoriality, is one of the most neglected in geography and political economy” according to the alter-urbanist Claude Raffestin (Pour une Géographie du Pouvoir, 1980), how should we re-imagine the current axis and power relations between the metropolis and the hinterland that underlies the contemporary focus on the city and on the state? How do we rethink, resist, and subvert the imposed, imperial binaries between the urban and the rural, the north and the south, the center and the periphery, that are entrenched in misleading oppositions of town and country, property and sovereignty, occupation and inhabitation, settlement and seasonality, civilization and wilderness?

Drawing from the claim by contrarian economist John Kenneth Galbraith (The New Industrial State, 1967) that “capital and power became more important land in the past century,” the renewal of the geopolitical discourse on territory is fundamentally contingent on the reclamation of land, landscape, and life.

Proposing a contra-colonial lens, this presentation profiles current Canadian states and scales of extraction through three inter-related processes that lie between the colonial conceptions of the metropolis and the hinterland: territorial displacement, regulatory discrimination, and Indigenous dispossession. Drawing from subliminal symbols and persistent projections of state power throughout the past 800 years, specific references will be made to professional practices and institutionalized disciplines of architecture, engineering, and planning whose origins reveal underlying imperial motives and whose pedagogical curriculum continue to normalize colonial systems of spatial inequity through countless standards, surveys, specifications, and signifiers. Inscribed in this bureaucratic structure and infrastructural grid of banks, prisons, parks, cities, suburbs, highways, dams, mines, pipelines, and reservations (to name a few), these systems represent the engineered slate upon which the State—and of the Crown—exercise their influence and perpetuate their supremacy.

Critically questioning the colonial practices of planning, architecture, and engineering, the presentation seeks to contribute a basis for undermining the industrial underpinnings and imperialist hegemonies that lie on, above, and below the surface of contemporary settler-state space whose foundations rely and rest on the perpetuation of spatial inequities, environmental injustices, and cultural inhumanities. The presentation will be followed with a series of counter-projects and retroactive strategies that inquire into the implications and possibilities of unplanning and undesign vis-à-vis the current colonial structures of oppression.

Pierre Bélanger is a landscape architect, author, curator, and associate professor at Harvard’s Graduate School of Design. Contesting the imperialism of state building and institutional systems, Bélanger has published two core books on remapping states of engineering and militarism: Landscape as Infrastructure, and Ecologies of Power (co-authored with Alexander Arroyo). Additionally, Bélanger has published about the political, territorial, and spatial language of landscape in a recent issue of Harvard Design Magazine, Wet Matter, co-edited with Jennifer Sigler (@lowlowtide), as well as in the monograph of the 35th edition of the Pamphlet Architecture Series, Going Live: From States to Systems, profiling the visual representation of vegetal systems and different life forms. As a practicing designer and founder of the Landscape Infrastructure Lab, he received the Canada Prix de Rome in Architecture and was curator of the controversial Canada Pavilion and Exhibition Extraction at the 2016 Venice Architecture Biennale (@1partperbillion). In collaboration with a range of creators and activists during the past decade, Bélanger will be releasing an edited volume titled Extraction Empire in Spring 2018, profiling the states, scales, and systems of Canada as the largest resource extraction nation on the planet.

Organized by the Temple Hoyne Buell Center for the Study of American Architecture as a part of the “Power: Infrastructure in America” research initiative. Free and open to the public. 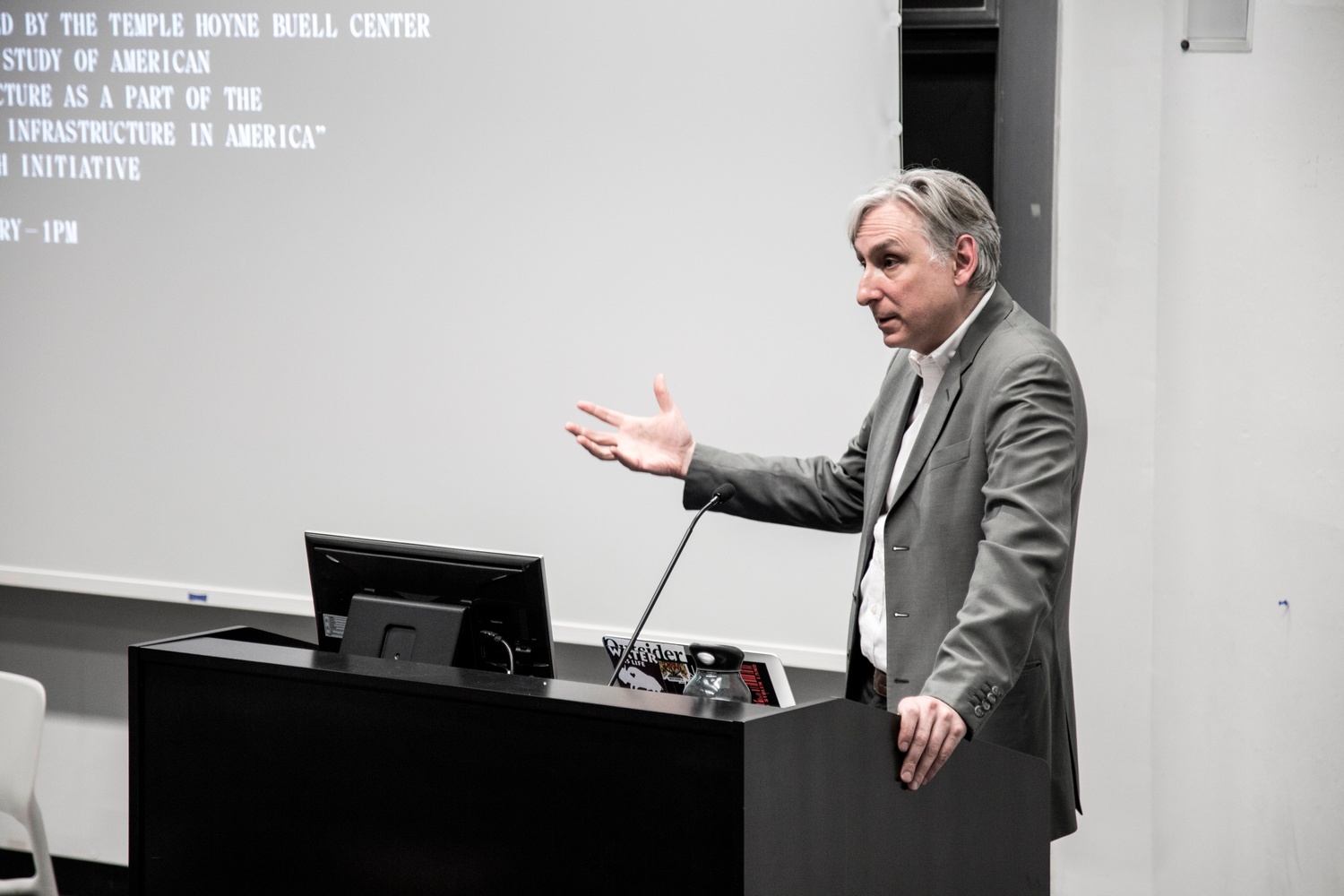 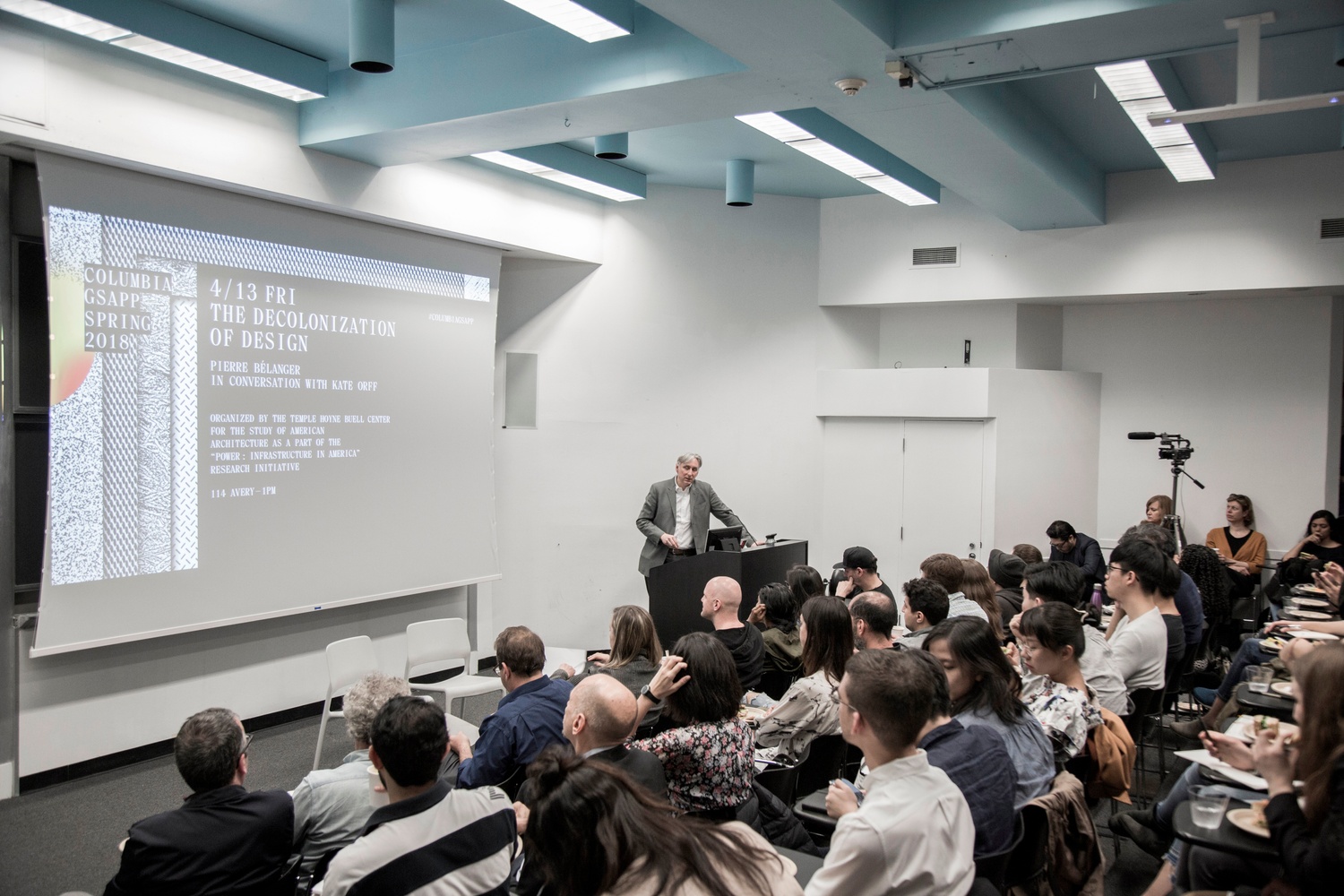 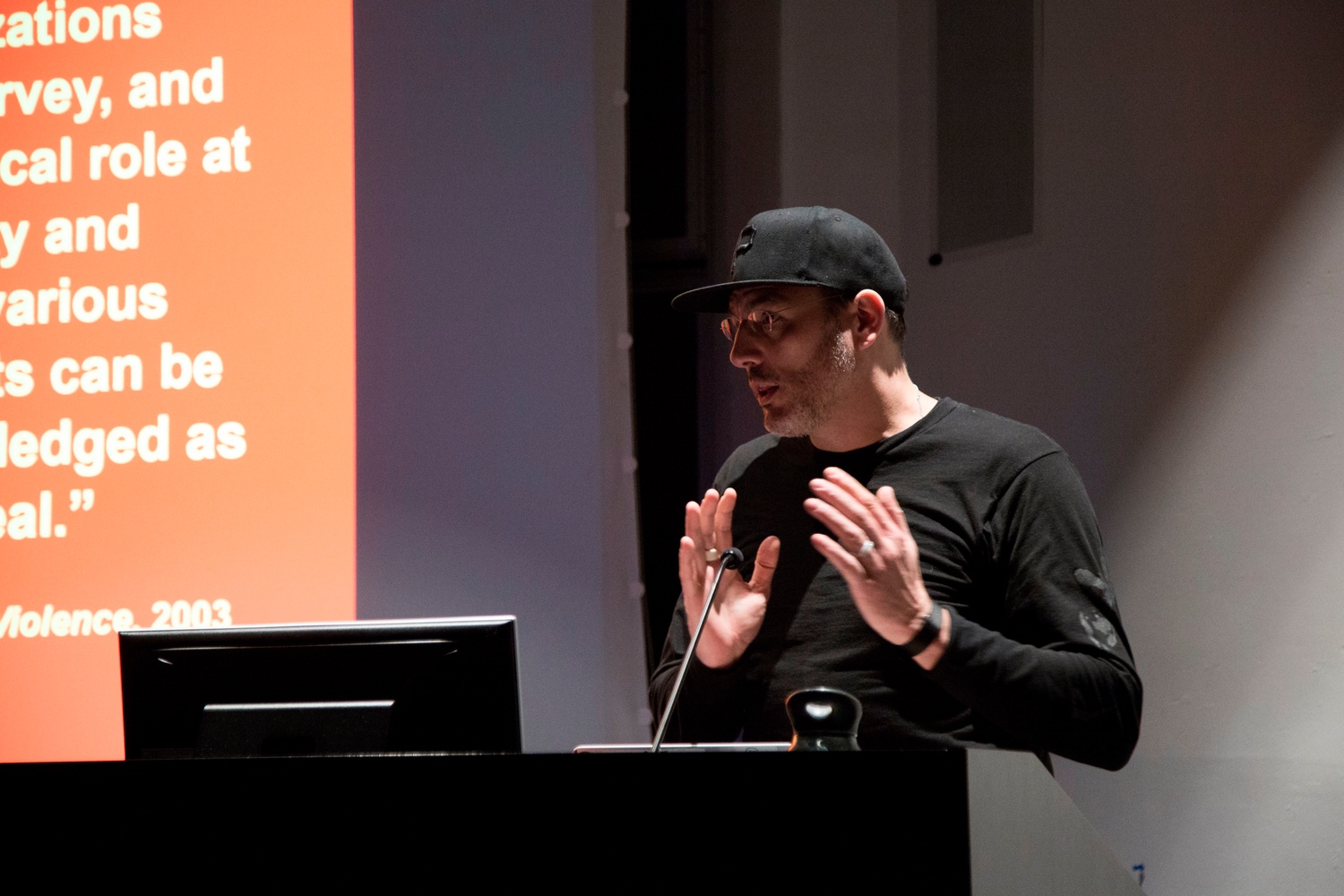 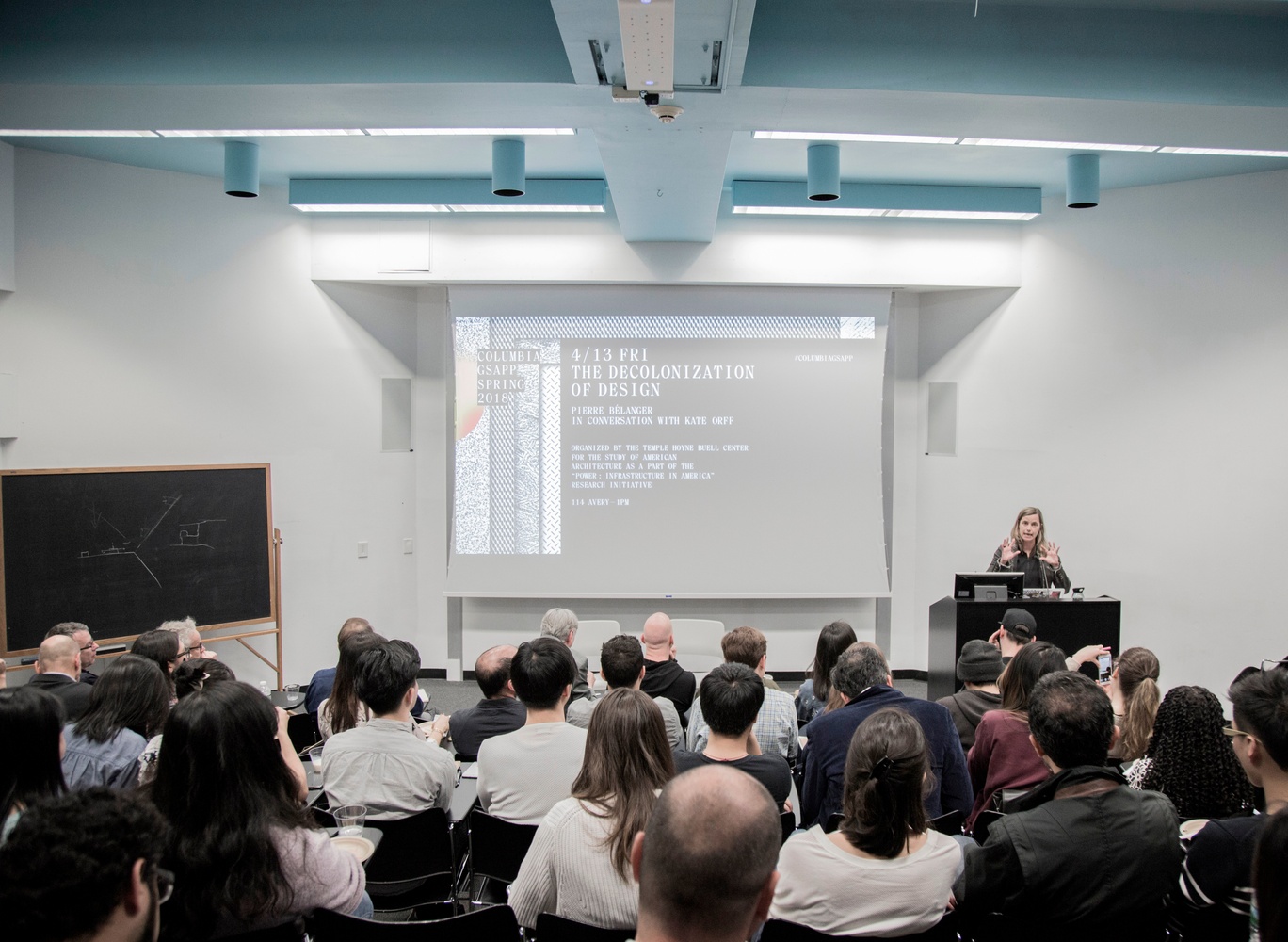 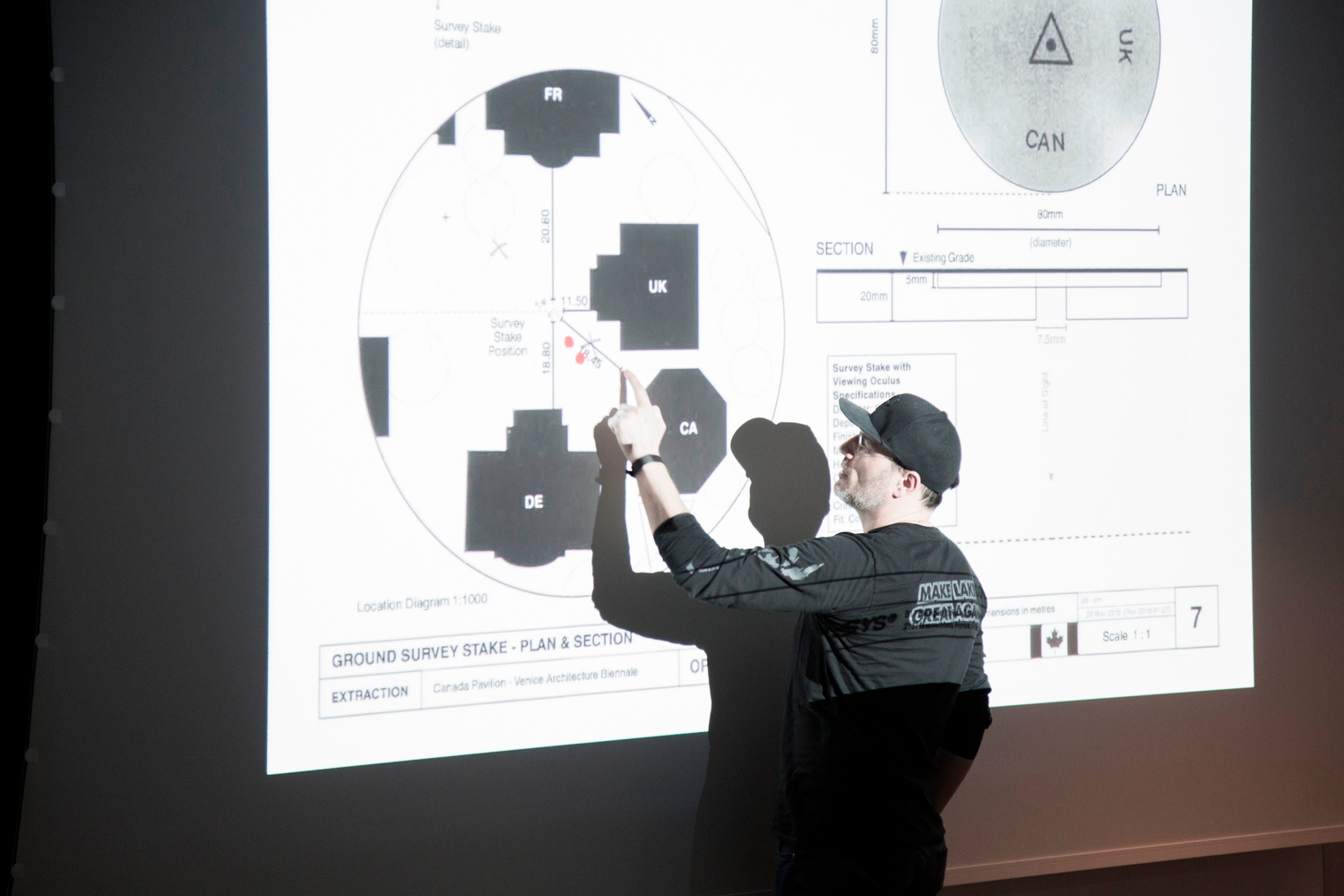 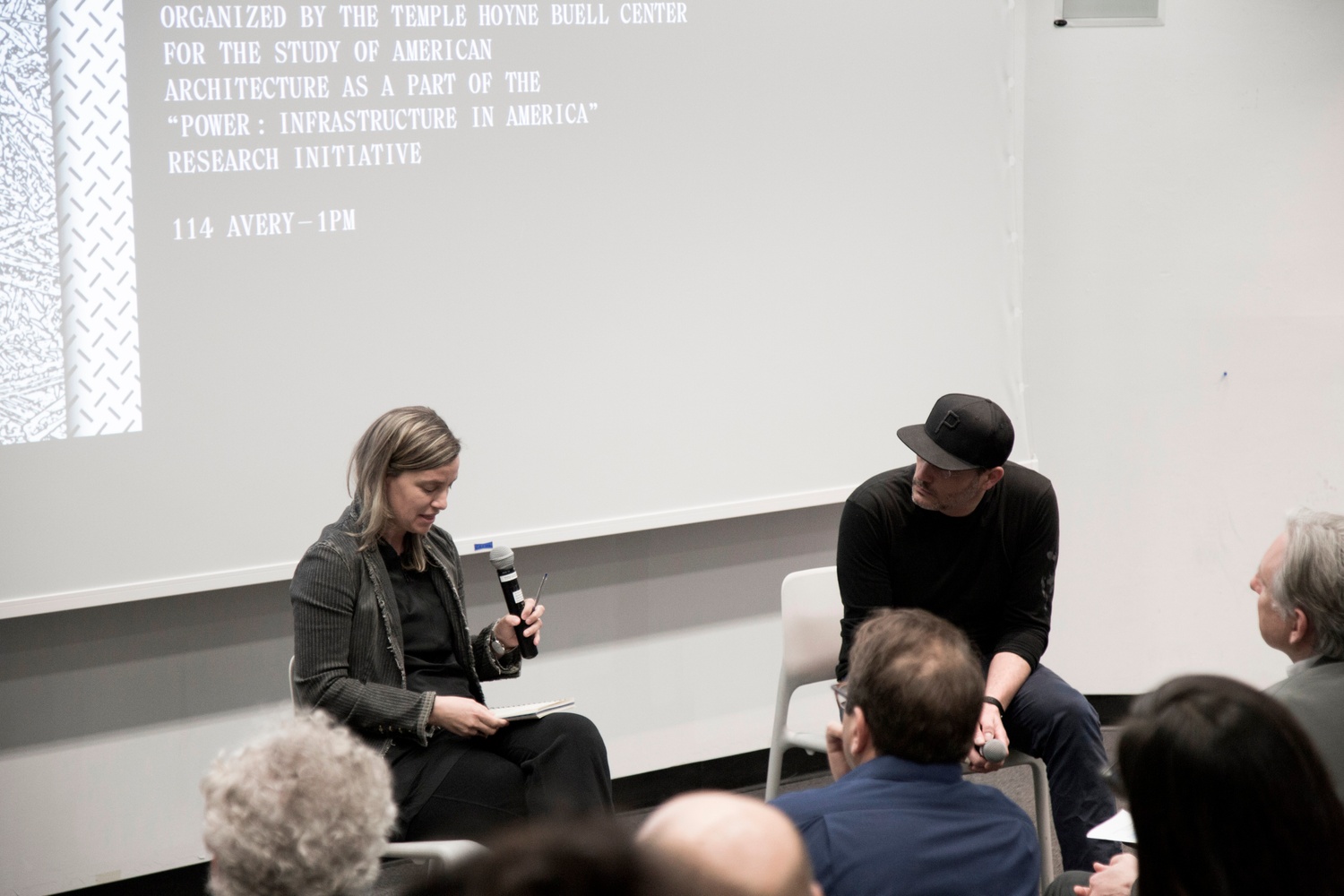