With People, Place, Purpose, Francine Houben will present Mecanoo’s designs based on these three fundamental elements. Each project is carefully considered in terms of its cultural setting, place and time, amounting to a unique design statement embedded within its context and orchestrated specifically for the people who use it.

Francine Houben is the founder and creative director of Mecanoo Architecten. Her work ranges from theatres, museums and libraries to neighborhoods, housing and parks. Selected works include Delft University of Technology Library, Delft (1997), Library of Birmingham, UK (2013), Bruce C. Bolling Municipal Building, Boston, US (2015) and National Kaohsiung Center for the Arts, Taiwan (to be opened in 2017). Currently, Francine and her team are working on the renovation of the New York Public Library and the central library of Washington, DC. She has held professorships in the Netherlands and abroad. In 2010 she was granted lifelong membership to the Akademie der Künste in Berlin. In 2015, Queen Máxima of the Netherlands presented her the prestigious Prins Bernhard Cultuurfonds Prize for her entire oeuvre.

Jorge Otero-Pailos works at the intersection of art, architecture and preservation. He is Professor and Director of Historic Preservation at Columbia GSAPP. His work has been commissioned by and exhibited at major museums, foundations and biennials notably, the 53rd Venice Art Biennial, Victoria and Albert Museum, Louis Vuitton Galerie Museum, Artangel Trust, Thyssen-Bornemisza Art Contemporary, and the Yerba Buena Center for the Arts. Otero-Pailos is the founder and editor of the journal Future Anterior, author of Architecture’s Historical Turn (2010) and contributor to scholarly journals and books including the Oxford Encyclopedia of Aesthetics and Rem Koolhaas’ Preservation Is Overtaking Us (2014).

Anthony W. Marx is President of The New York Public Library, the nation’s largest library system, with 88 neighborhood libraries and four scholarly research centers. Since joining NYPL in 2011, Marx has strengthened the Library’s role as an essential provider of educational resources and opportunities for all ages. Under his leadership, the Library has created new early literacy and after-school programs for children and teens, dramatically increased free English language classes and citizenship support for immigrants, and improved services for scholars and students who rely on the Library’s world-renowned research collections. Under Marx, the Library has also become a national leader on bridging the digital divide through its efforts to increase access to e-books, expand computer classes and coding training, and a groundbreaking program that provides home internet access to families of low-income students. Before joining the Library, Marx served as president of Amherst College from 2003 to 2011, during which time he tripled enrollment for low-income students. Before Amherst, Marx was a political science professor and director of undergraduate studies at Columbia University. Marx has a BA from Yale, an MPA from the Woodrow Wilson School at Princeton University, and a PhD, also from Princeton.

“Every act of preservation is inescapably an act of renewal by the light of a later time, a set of decisions both about what we think something was and about what we want it to be and to say about ourselves today.” The Architecture of Additions: Design and Regulation

Wood Auditorium
Free and open to the public.
GSAPP Conversations #10: Francine Houben of Mecanoo in Conversation with Jorge Otero-Pailos

In this tenth episode of GSAPP Conversations, Jorge Otero-Pailos, director of the Historic Preservation Program at Columbia GSAPP, speaks with Francine Houben of Mecanoo. They focus on her firm’s ongoing renovation of the Martin Luther King Jr. Memorial Library in Washington DC, originally designed by Mies van der Rohe. 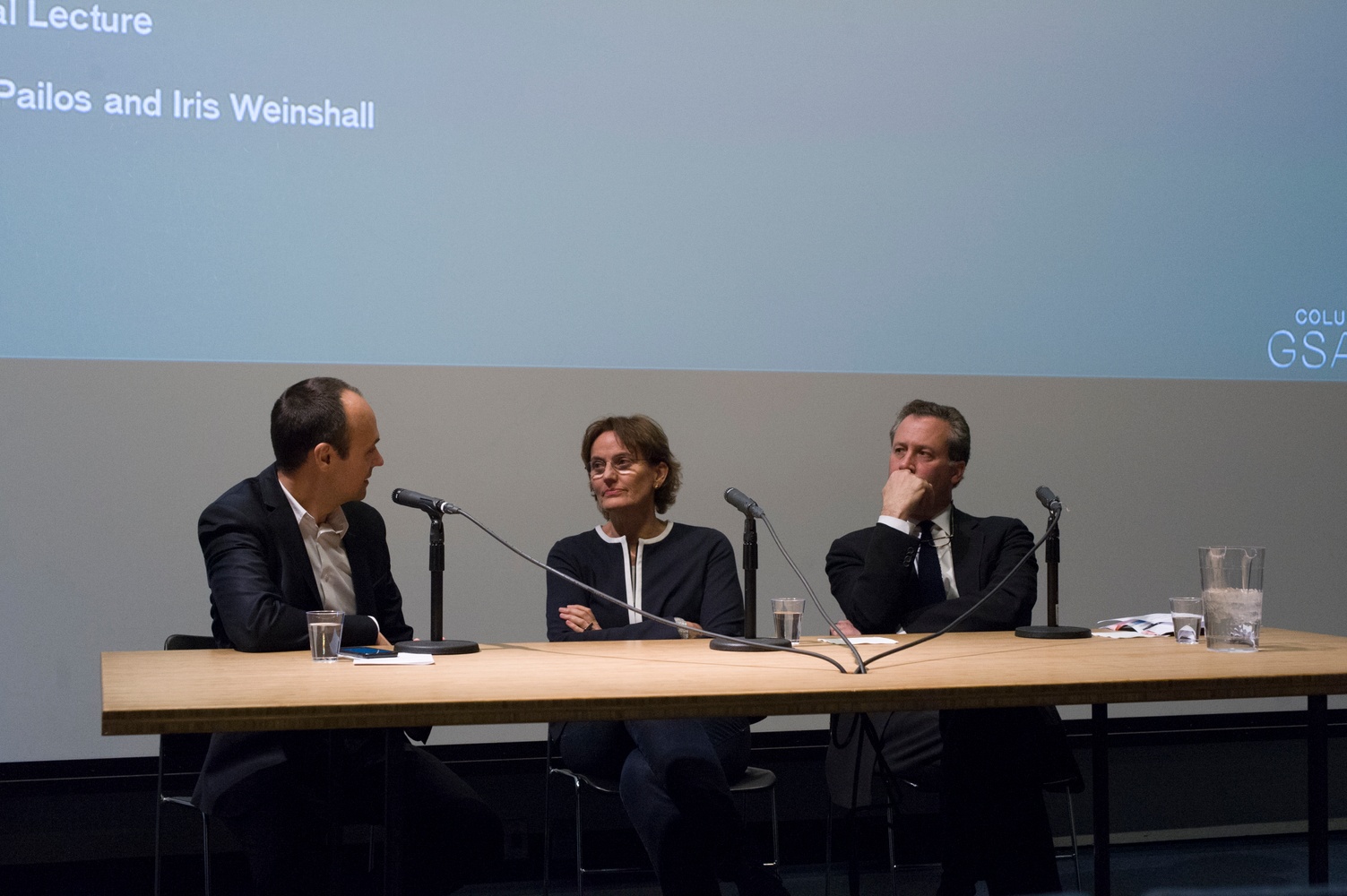 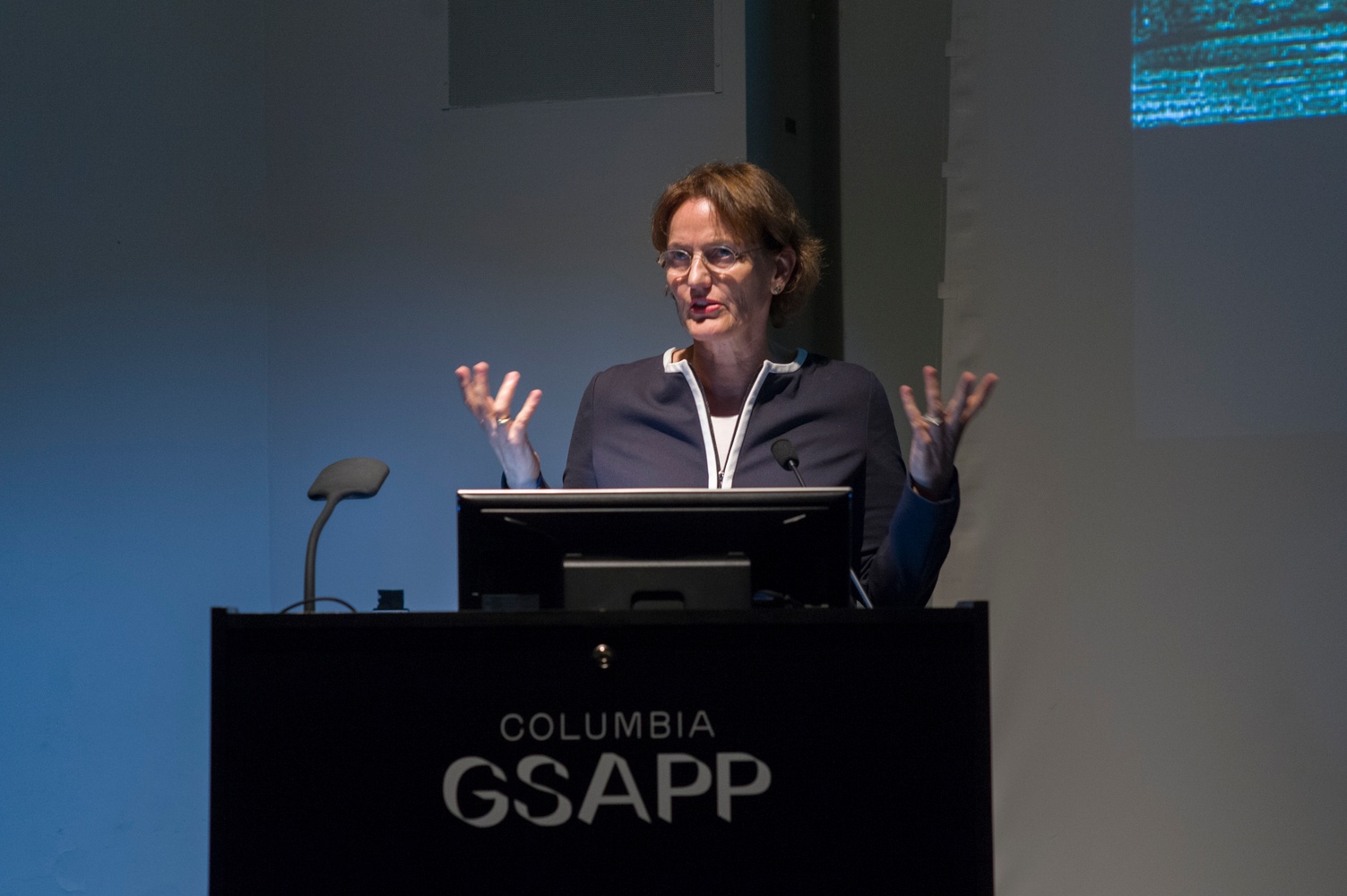 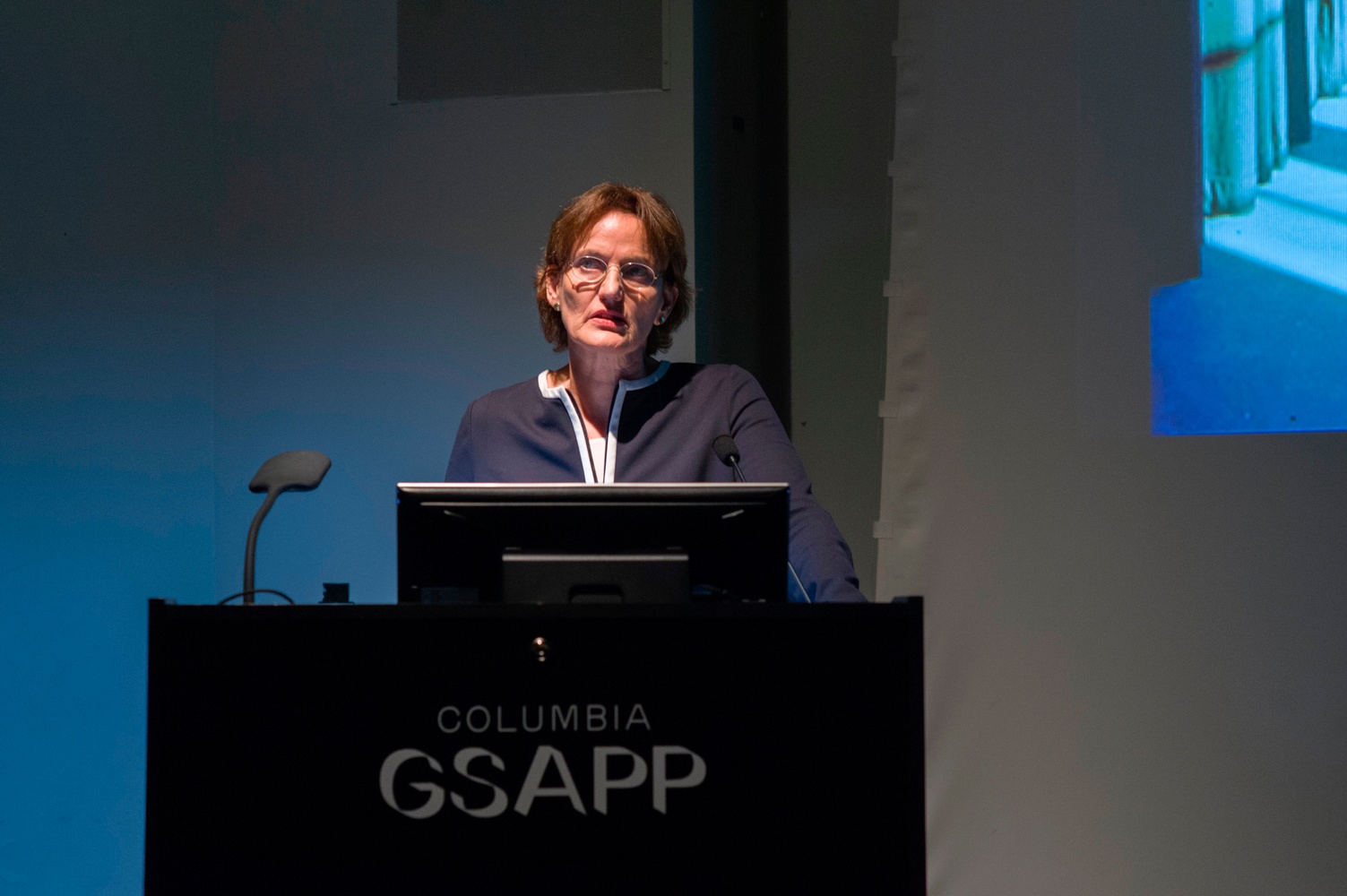