A discussion about the critical role that cities play in driving the agenda on climate change, and the steps federal governments must take to assist cities in their efforts to respond to the vast environmental, economic, and cultural impacts. Featuring presentations by former and current city government officials from New Orleans, Rio de Janeiro, and New York City.

Adam Freed works in the Sustainability Practice at Bloomberg Associates, a pro bono consultant service established by former mayor Michael Bloomberg to help cities improve the quality of life for their citizens. Previously, he was the Deputy Managing Director of The Nature Conservancy’s Global Freshwater Program, and served as the Deputy Director of the New York City Mayor’s Office of Long-Term Planning and Sustainability. Before joining the Bloomberg Administration, he was the Assistant Comptroller for NYC in the Office of the New York State Comptroller. Freed received his master’s in Urban Planning from New York University and was a Mel King Community Fellow at MIT. He is a Lecturer at Columbia University and a member of the NYC Water Board.

Jeff Hebert is the Chief Resilience Officer for New Orleans. Prior to becoming CRO, Mr. Hebert was named the Executive Director of the New Orleans Redevelopment Authority (NORA). Prior to joining NORA, Hebert served as the first-ever Director of Blight Policy and Neighborhood Revitalization for the City of New Orleans. In the aftermath of Hurricanes Katrina and Rita, Jeff served as the Director of Community Planning for the Louisiana Recovery Authority and has worked in community development in Brooklyn and Philadelphia. Hebert earned a Bachelor’s degree in Urban Design and Architecture Studies New York University and completed his graduate studies in City Planning at M.I.T. He recently completed the NeighborWorks® Achieving Excellence in Community Development program at Harvard University’s John F. Kennedy School of Government and is a recipient of the 2012 Excellence in Government Innovation Award from the Bureau of Governmental Research.

Michael Kimmelman is the architecture critic for The New York Times and has focused on issues of public housing, public space, infrastructure, urbanism, environmentalism and community development. Born and raised in New York City, he received degrees from Yale and Harvard, was the Times’ longtime chief art critic and, based in Berlin for several years, created the Abroad column, covering culture, political and social affairs across Europe and the Middle East. The magazine New York recently titled an article about him “The People’s Critic.” He was the Annie Sonnenblick Visiting Writer at Wesleyan University in 2016 and in 2014 the Franke Visiting Fellow at The Whitney Humanities Center at Yale. Most recently he has been focusing on global cities and climate change. He contributes regularly to The New York Review of Books.

Kate Orff is an Associate Professor at Columbia GSAPP and Director of the Urban Design Program, where she coordinates complex interdisciplinary studios centered on urban systems of the future. Her design studios and seminars aim to discover new ways of integrating social life, infrastructure, urban form, biodiversity and community-based change. Orff is a registered landscape architect and the founder of SCAPE, an award winning 30-person professional practice based in lower Manhattan, where she directs the design of all projects. The firm has won National and local American Society of Landscape Architecture Awards for built projects, planning and communications work, and the work of the office has been featured on the cover of Landscape Architecture magazine, LA China and Topos, and in The New York Times, New Yorker and Economist, among other publications.

Rodrigo Rosa is currently a Visiting Scholar at Columbia University after eight years working as Special Advisor of the Mayor’s Office of the City of Rio de Janeiro under the administration of former Mayor Eduardo Paes. Rosa also was the main executive responsible for representing the Chairman during Mayor Eduardo Paes’ tenure as Chair of the C40 Cities Climate Leadership Group. Rosa has extensive experience in the public sector as s legislative consultant of the Brazilian Federal Senate, where he worked crafting legislative works in Brazilian Congress before joining Rio City Hall. Rosa is a former journalist of major newspapers in Brazil, including Folha de S.Paulo and Jornal do Brazil. He has a Masters Degree in Economics and Environmental Management and is a PhD candidate at the Federal University of Rio de Janeiro on energy and sustainable planning.

Weiping Wu is Professor of Urban Planning at Columbia GSAPP and Director of the M.S. Urban Planning program. Previously, she was Professor and Chair in the Department of Urban and Environmental Policy and Planning at Tufts University. Trained in architecture and urban planning, Prof. Wu has focused her research and teaching on understanding urban dynamics in developing countries in general and China in particular. Wu is also the Vice President and President-Elect of the Association of Collegiate Schools of Planning (ACSP). Between 2008 and 2012, she was an editor of the Journal of Planning Education and Research. In addition, she has provided consultation to the Ford Foundation, Lincoln Institute of Land Policy, and World Bank. 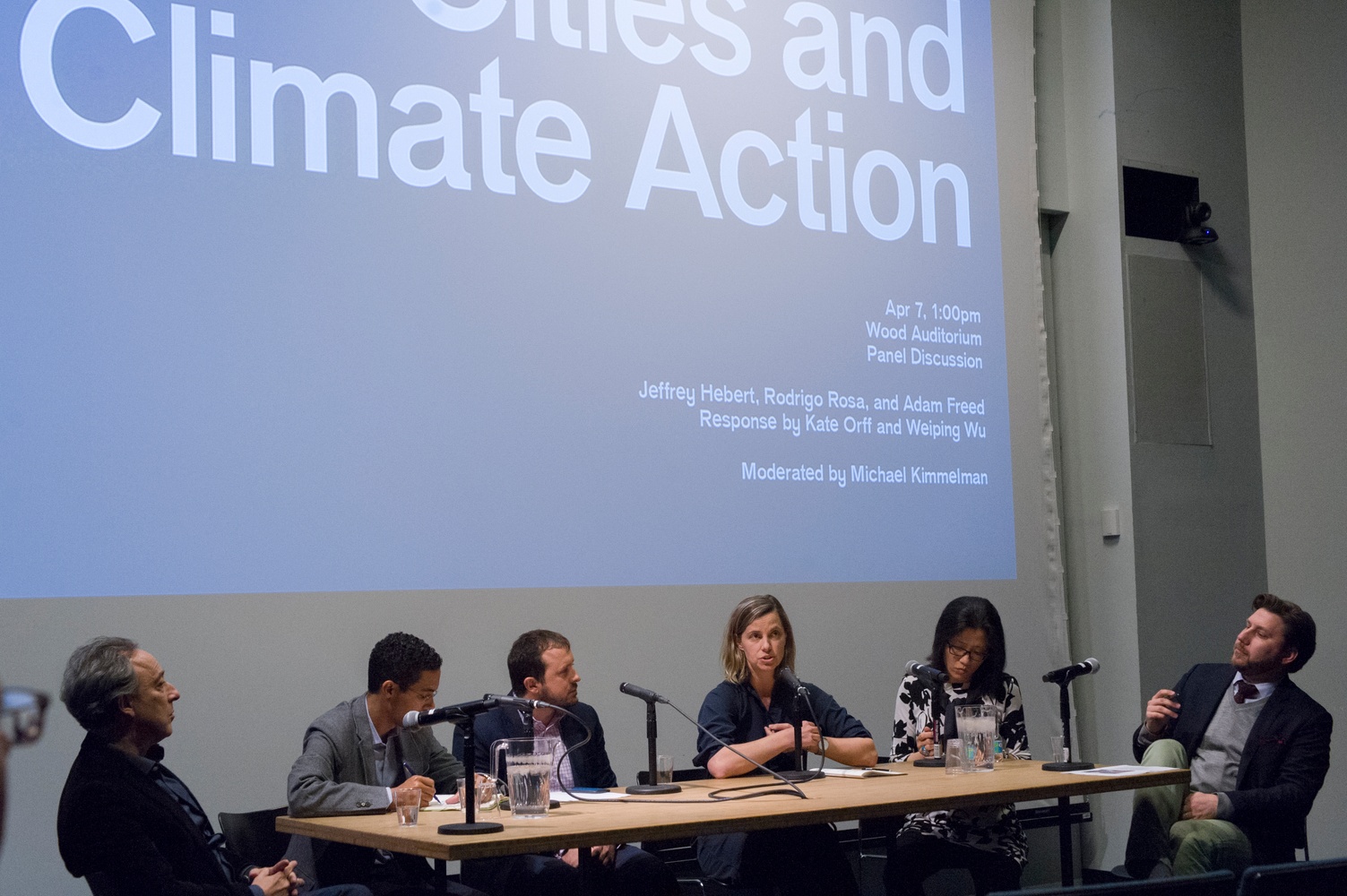 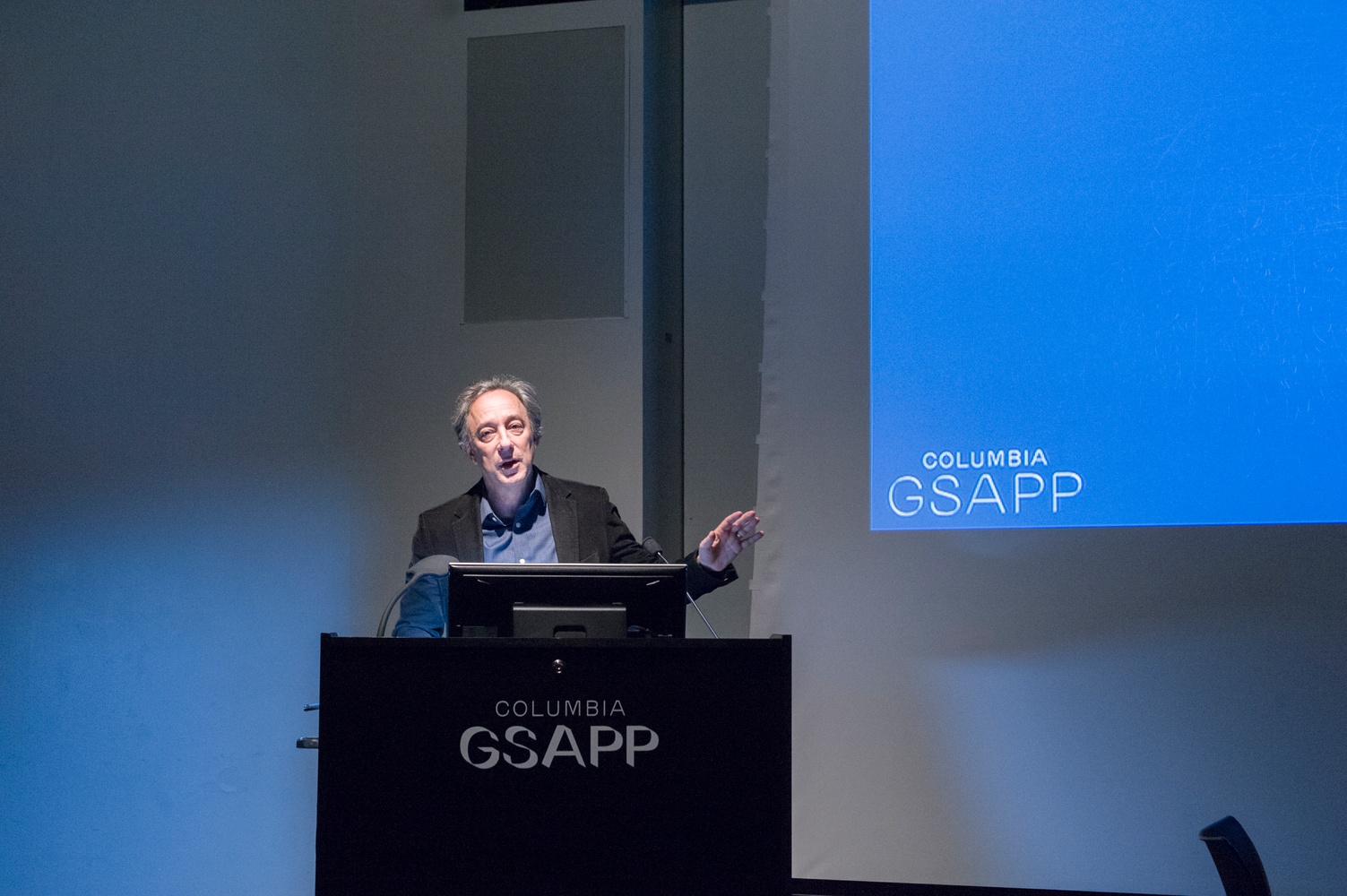 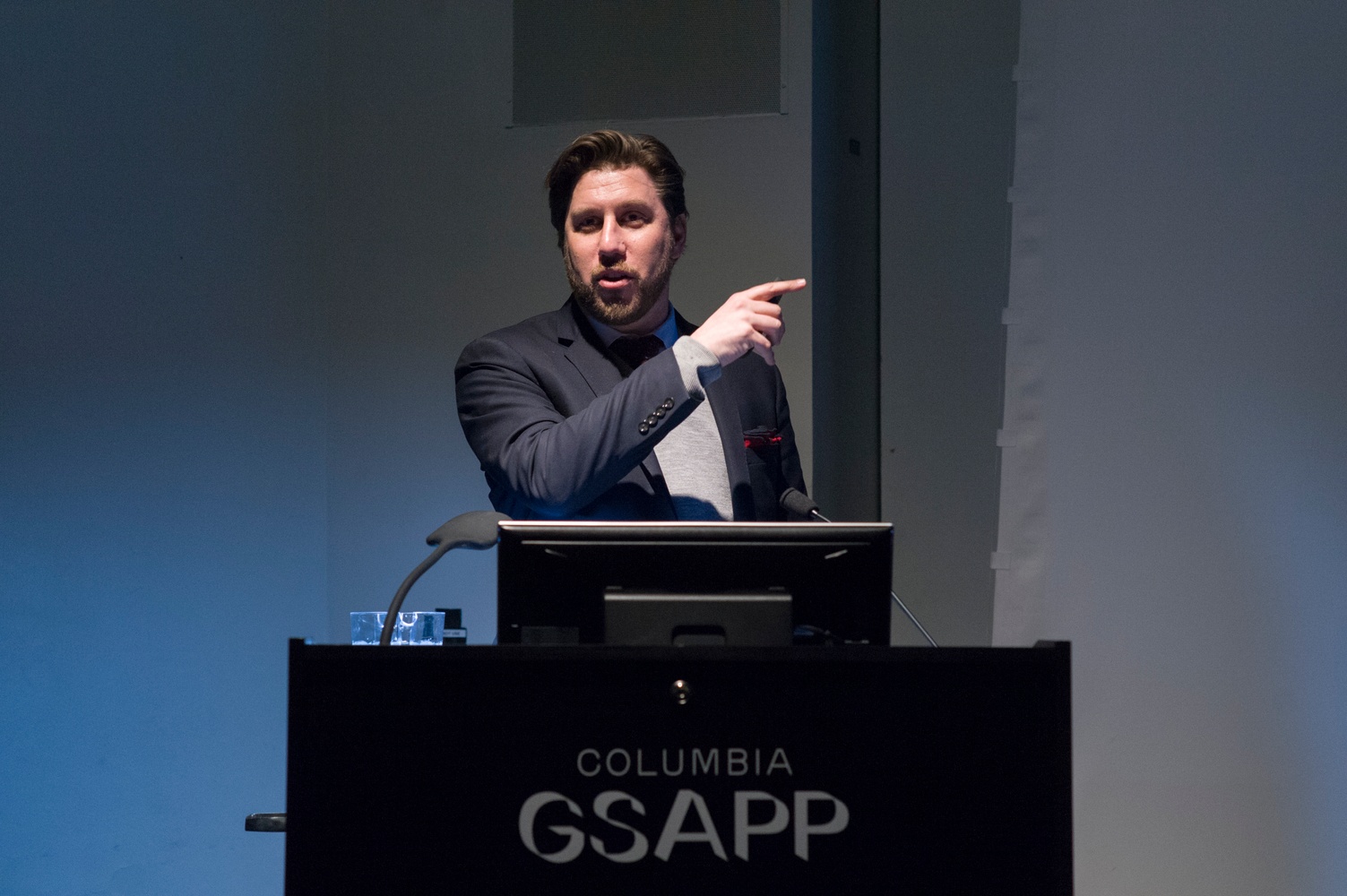 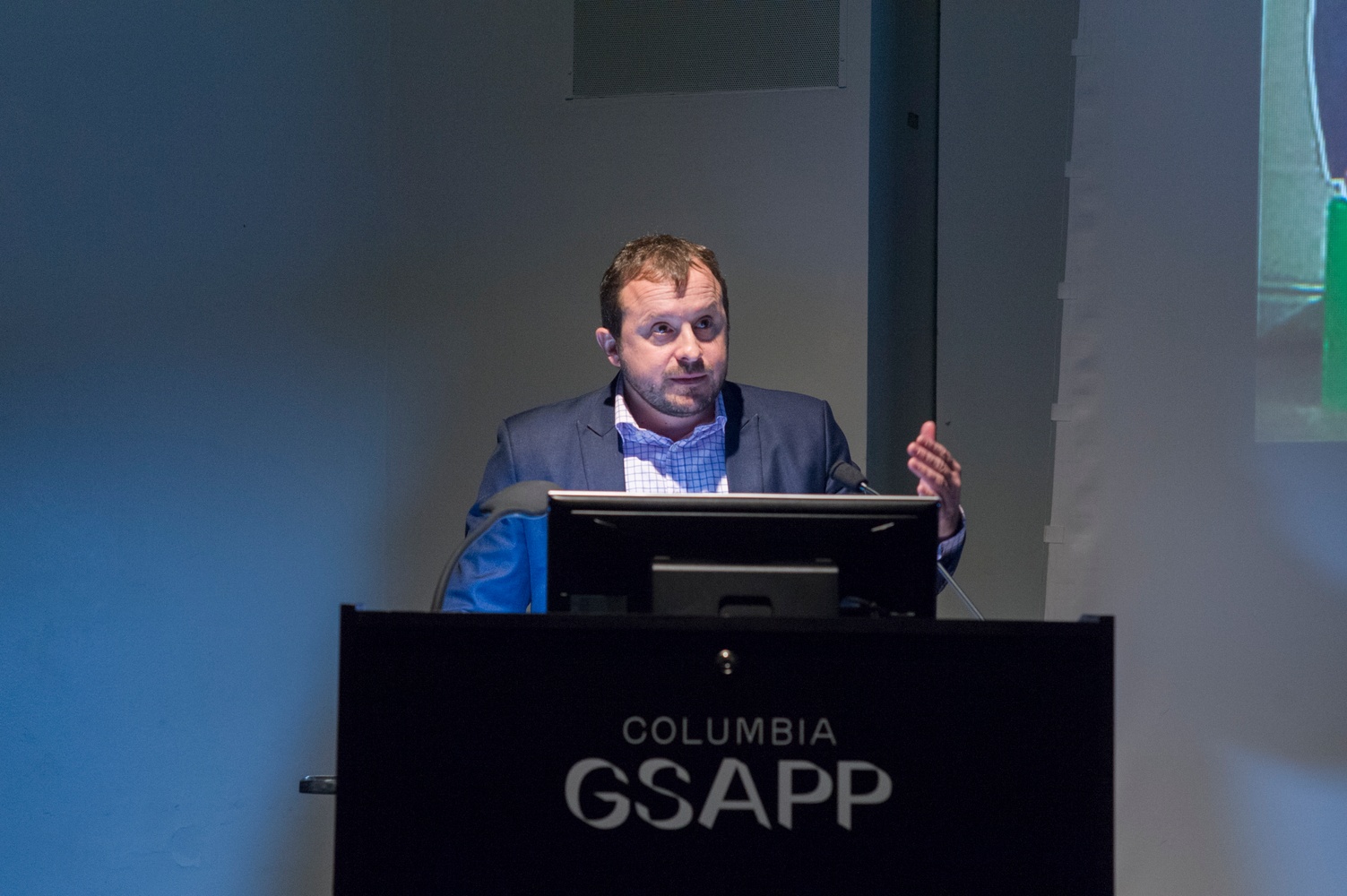 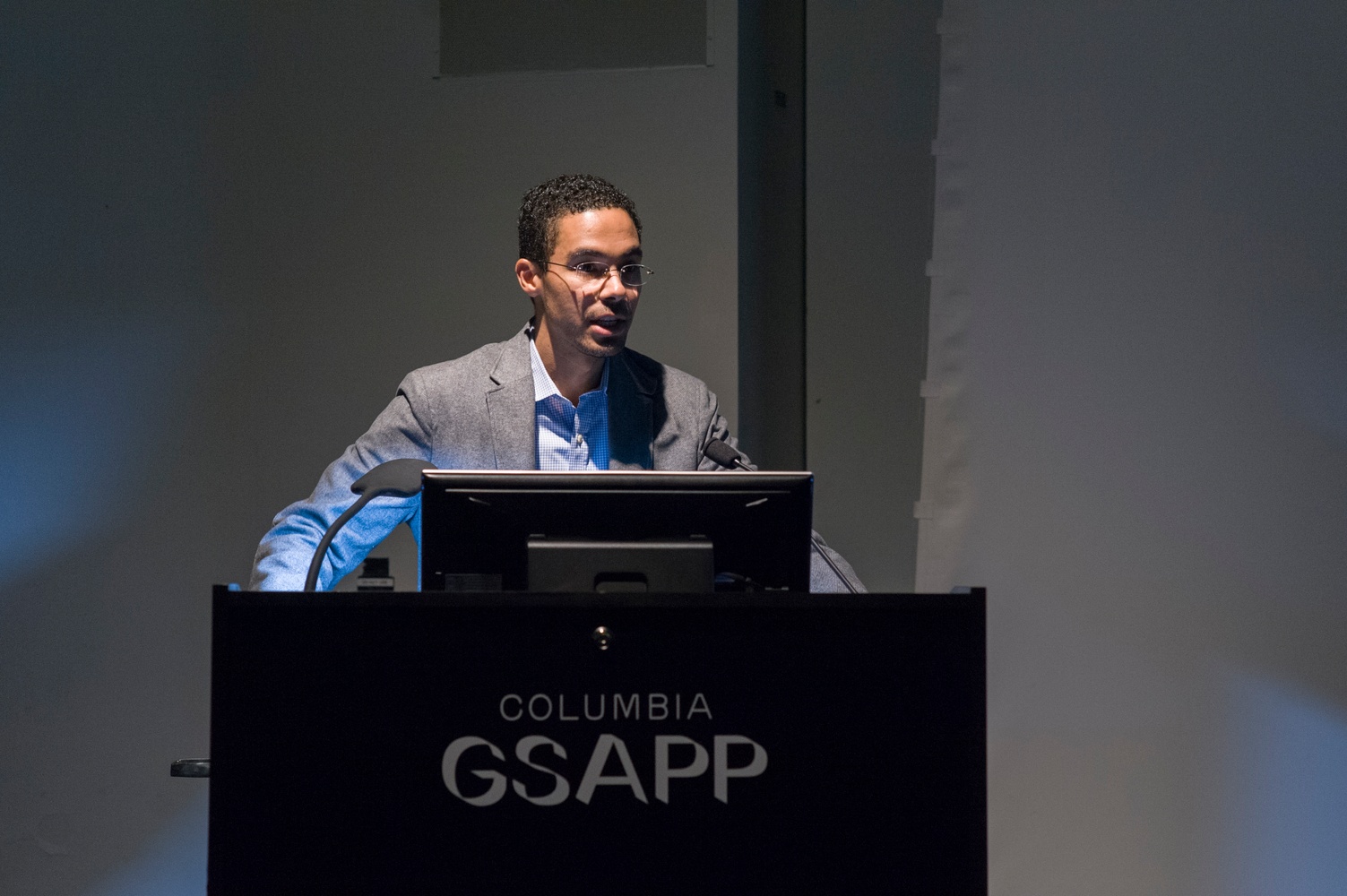