A lecture by Marina Tabassum with response by Columbia GSAPP Professor, Kenneth Frampton.

Marina Tabassum founded Dhaka-based Marina Tabassum Architects (MTA) in 2005. Aiming to establish a contemporary architectural language without losing its roots to place, MTA carefully selects its projects and prioritizes local materials, climate, culture, and history. Prior to founding MTA, Marina Tabassum was a co-founder of URBANA where she was a partner for 10 years. Her Bait Ur Rouf Mosque won the Aga Khan Architecture Award in 2016 and the Jameel Prize 5 in 2018. Her work Wisdom of the Land was installed as part of the 2018 Venice Biennial FREESPACE. She is the Director of Academic Program at the Bengal Institute for Architecture, Landscapes and Settlements since 2015, and has taught design studios at BRAC University and University of Texas.

The Kenneth Frampton Endowed lecture series, now in its ninth year, is a premier annual lecture given at Columbia GSAPP by a distinguished architect scholar honoring Ware Professor Kenneth Frampton for his lifetime of teaching and research.

Chosen by Ware Professor Kenneth Frampton and the Dean of Columbia GSAPP, previous speakers include Juhanni Pallasmaa, Eduardo Souto de Moura, Angelo Bucci, Grafton Architects, Bijoy Jain, Rahul Mehrotra, and Kongjian Yu. All have given public lectures addressing some of the key issues central to Professor Frampton’s thinking about the field of architecture.

The Kenneth Frampton Lecture was established in 2010 by a generous group of Columbia GSAPP alumni and friends.

On the occasion of her lecture, Marina Tabassum was interviewed by Dean Amale Andraos for our podcast series GSAPP Conversations. Listen to Episode #77: Marina Tabassum Path of Resistance: A Journey Toward Designing Locally Sensitive Buildings. 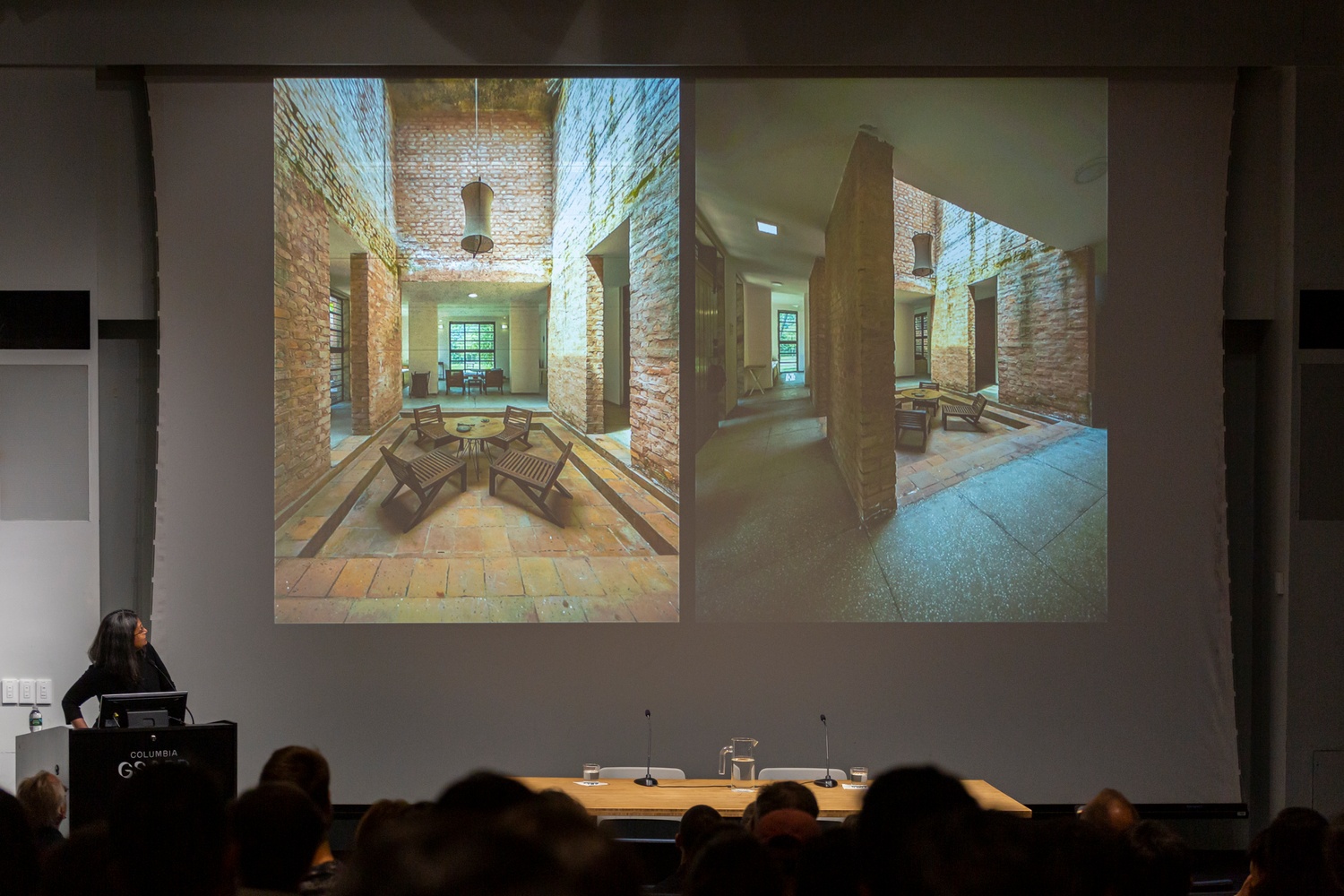 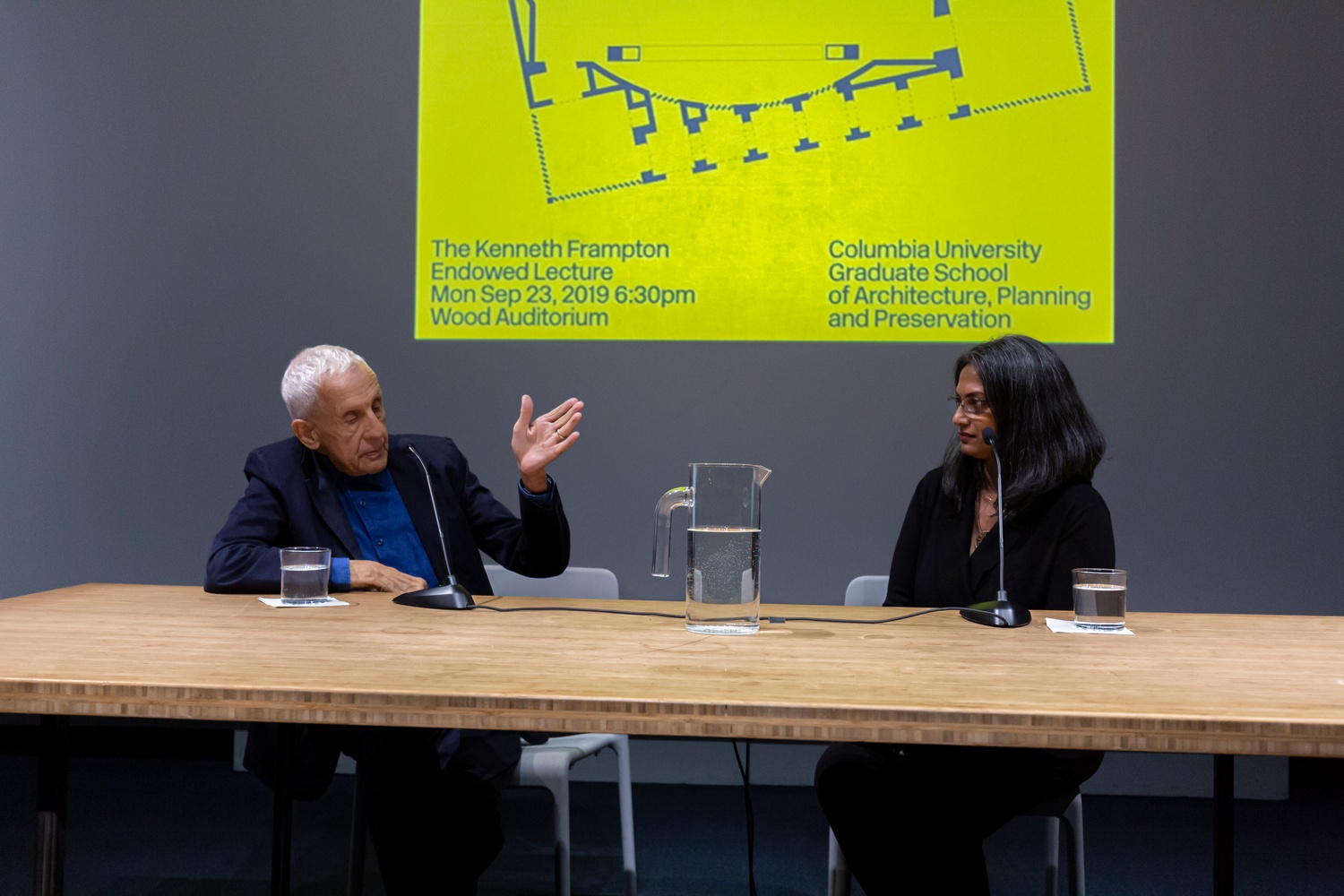 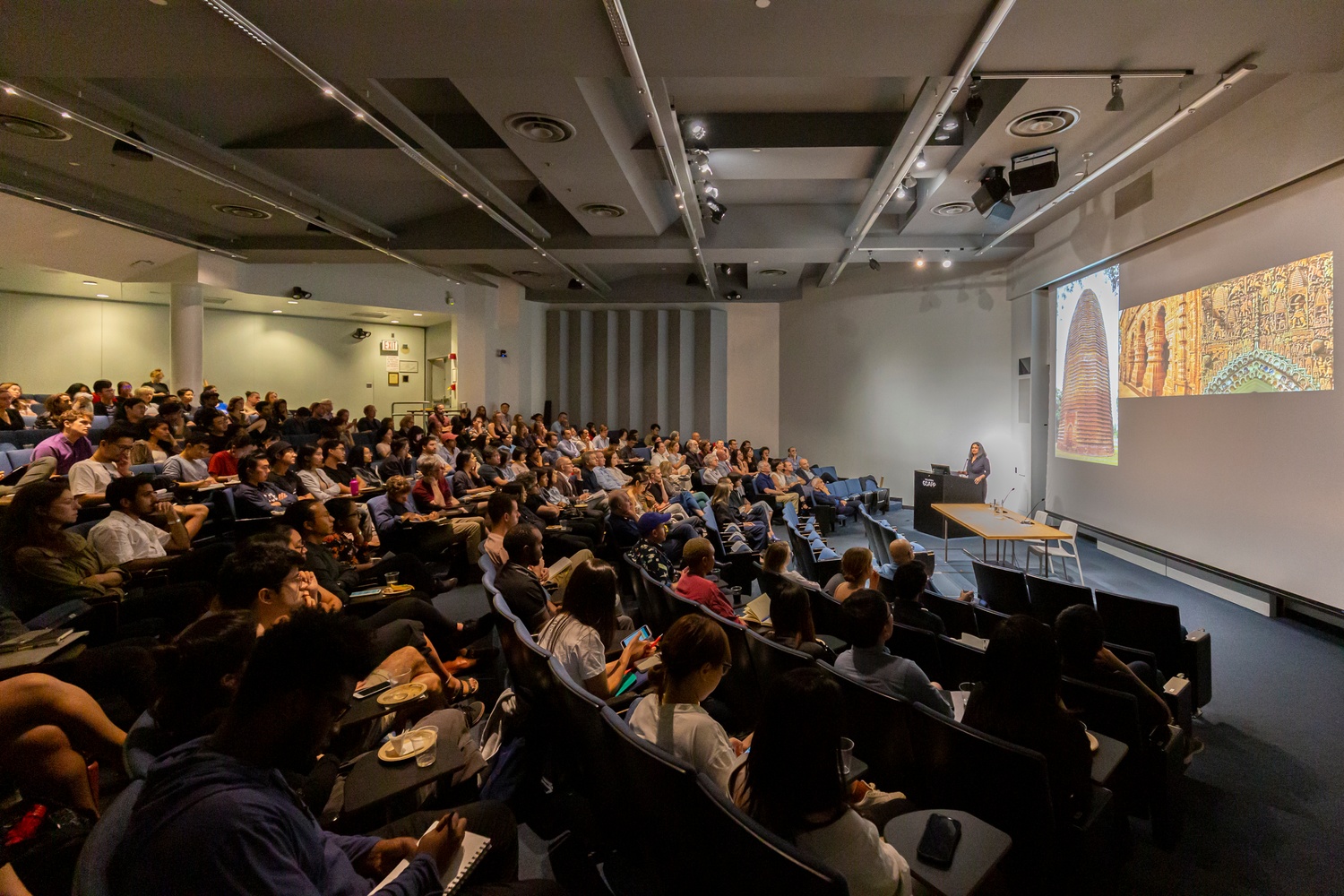 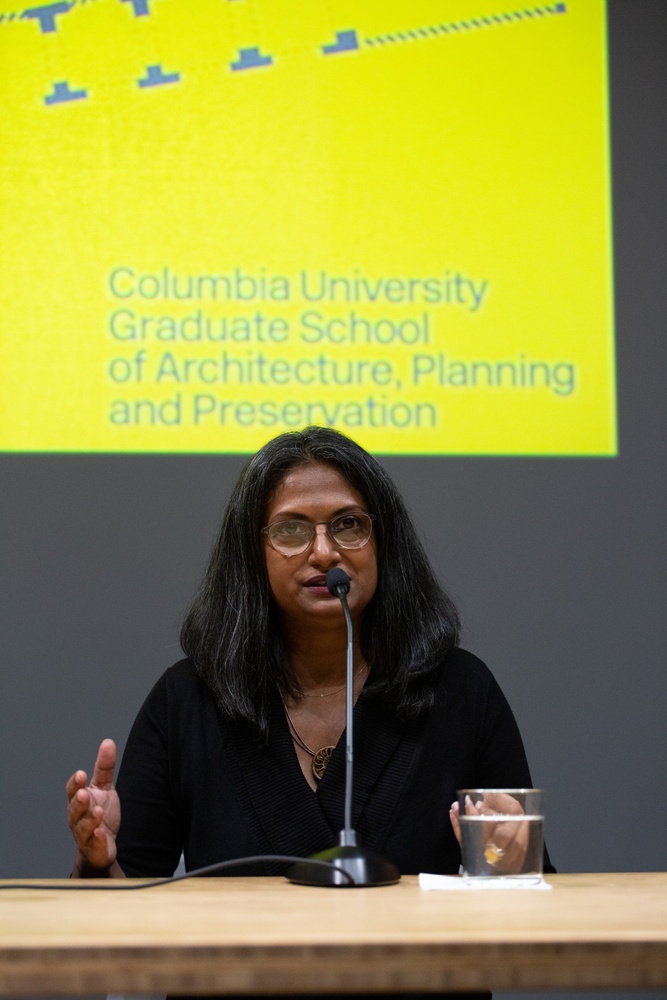