A book launch and discussion for the Columbia Books on Architecture and the City publication Space Settlements.

In the summer of 1975, NASA brought together a team of physicists, engineers, and space scientists—along with architects, urban planners, and artists—to design large-scale space habitats for millions of people. This Summer Study was led by Princeton physicist Gerard O’Neill, whose work on this topic had previously been funded by countercultural icon Stewart Brand’s Point Foundation. Two painters, the artist and architect Rick Guidice and the planetary science illustrator Don Davis, created renderings for the project that would be widely circulated over the next years and decades and even included in testimony before a Congressional subcommittee. A product of its time, this work is nevertheless relevant to contemporary modes of thinking about architecture. Space Settlements examines these plans for life in space as serious architectural and spatial proposals.

Fred Scharmen is the author of the recently-released Space Settlements, and teaches architecture and urban design at Morgan State University’s School of Architecture and Planning. His work as a designer and researcher focuses on how architects imagine new spaces for speculative future worlds and who is invited into those worlds. Recent projects, with the Working Group on Adaptive Systems, include a mile-and-a-half long scale model of the solar system in downtown Baltimore (in collaboration with nine artists), and a pillow fort for the Baltimore Museum of Art based on Gottfried Semper’s Four Elements of Architecture.

Lydia Kallipoliti is assistant professor at the Cooper Union’s Irwin S. Chanin School of Architecture, and the author of Closed Worlds, Or, What is the Power of Shit, recently released by Lars Müller Publishers. She is the princial of ANAcycle, a design and writing studio.

Lisa Messeri is assistant professor of anthropology at Yale University, and the author of Placing Outer Space: An Earthly Ethnography of Other Worlds. Her current research engages the reemerging technologies of virtual reality.

Felicity Scott is professor of architecture, director of the PhD program, and co-director of the CCCP program at Columbia GSAPP. Her books include Architecture or Techno-Utopia: Politics After Modernism (MIT Press) and Outlaw Territories: Environments of Insecurity/Architectures of Counter-Insurgency (Zone Books).

James Graham is the director of publications at Columbia GSAPP. He is currently a fellow at the Columbia University Institute for Ideas and Imagination. 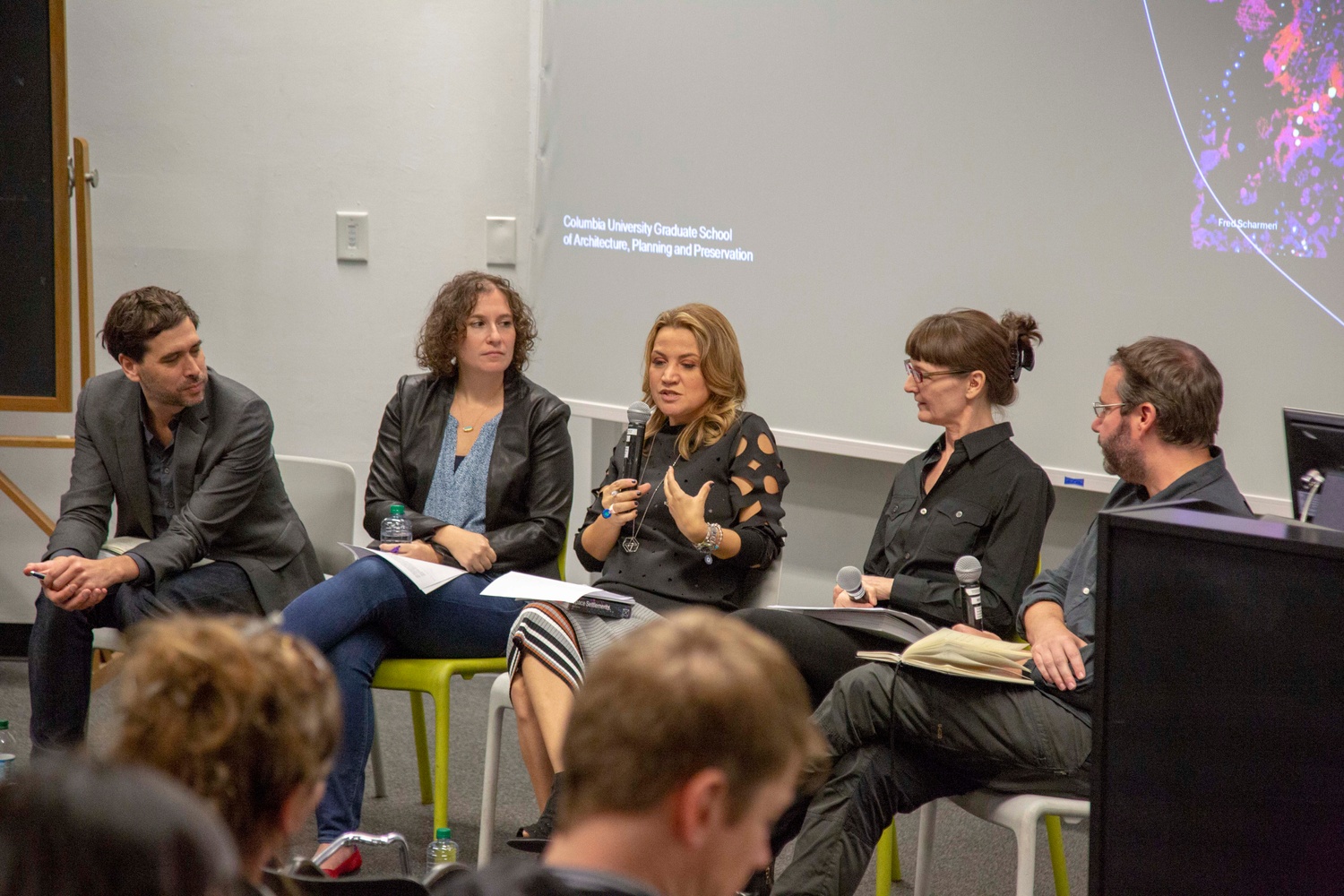 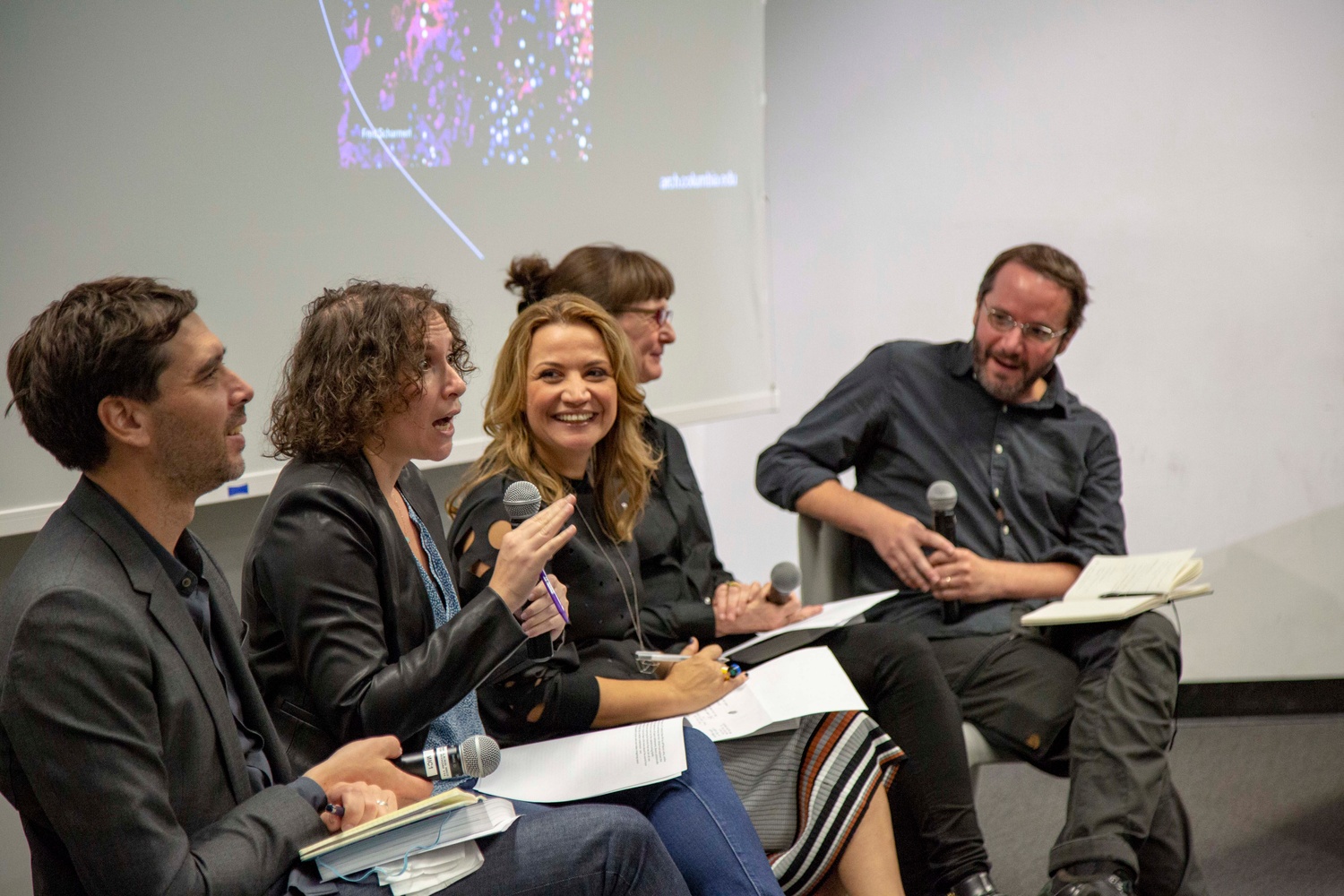 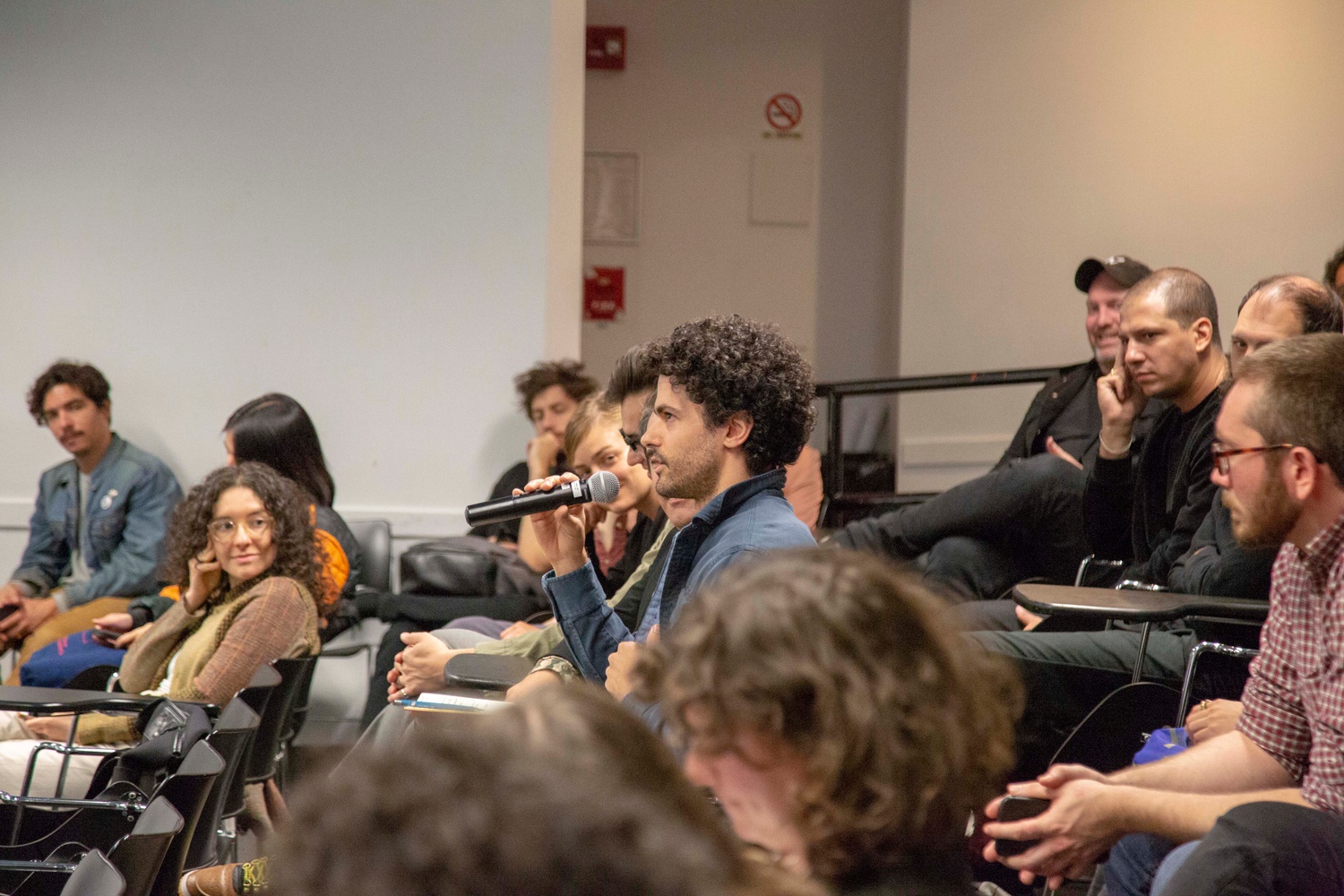 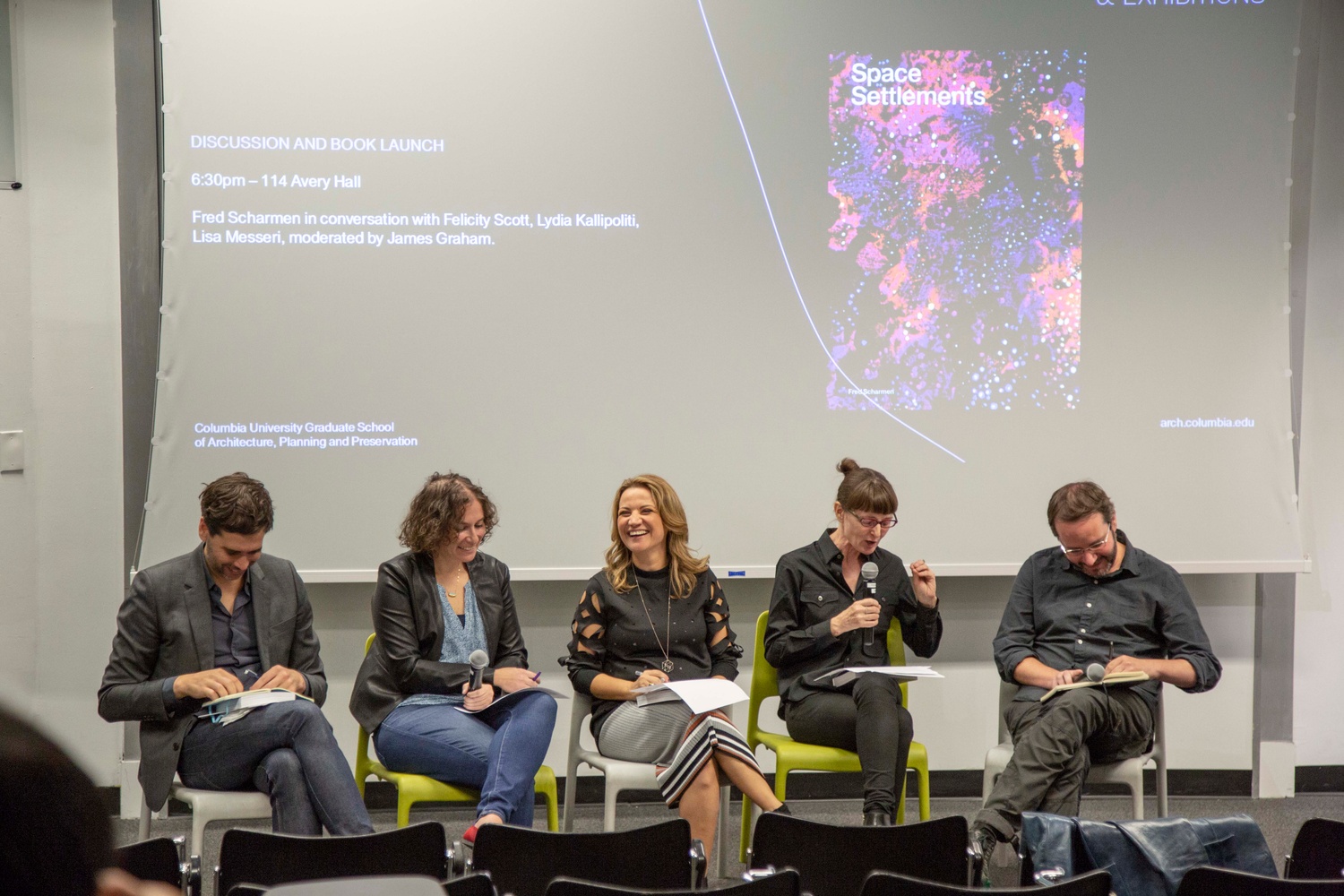