The practice of architecture is staked firmly in both the physical and in the digital. From perspectival drawing during Italian Renaissance to the tools we now use to project three-dimensional space, advancements in technology fundamentally change the way we create and construct form. Relying on drawings both to build and to communicate ideas, the field changes dramatically at moments of significant technological advancement. But a typical set of drawings alone rarely tells the full story.

What if new types of representation have the potential to accomplish a more immersive output, with the ability to communicate a narrative as well as physics, construction, and sequence. Furthermore, what architectural language has yet to be created by a new found form of ‘projection’?

Jessica Brillhart is an immersive director, writer, and theorist who is widely known for her pioneering work in virtual reality. She’s the founder of Vrai Pictures, an XR studio base in New York which focuses on building impactful and emotional experiences for emerging technologies. Previously, Brillhart was the Principal Filmmaker for VR at Google where she helped to develop Google Jump, a live-action virtual reality ecosystem. Since then, she made a range of highly acclaimed immersive experiences, working with such groups as NASA, Bose, the Philharmonia Orchestra in London, Google’s Artists and Machine Intelligence program, the Montreal Canadiens, and (unofficially) the Weather Channel. In 2017, Jessica was heralded by MIT Technology Review as an innovator and pioneer in the field of virtual reality filmmaking and immersive entertainment.

Steve Feiner is a Professor of Computer Science at Columbia University, where he directs the Computer Graphics and User Interfaces Lab. His lab has been conducting virtual reality (VR), augmented reality (AR), and wearable computing research for over 25 years, designing and evaluating novel 3D interaction and visualization techniques, creating the first outdoor mobile AR system using a see-through head-worn display and GPS, and pioneering applications of AR to fields as diverse as tourism, journalism, maintenance, construction, and medicine.

Steve received an AB in Music and a PhD in Computer Science, both from Brown University. He is a Fellow of the ACM and the IEEE, a member of the CHI Academy, and the recipient of the ACM SIGCHI 2018 Lifetime Research Award, the IEEE ISMAR 2017 Career Impact Award, and the IEEE VGTC 2014 Virtual Reality Career Award. He and his students have won the ISWC 2017 Early Innovator Award, the ACM UIST 2010 Lasting Impact Award, and many best paper awards. Steve has served as general chair or program chair for over a dozen ACM and IEEE conferences and is coauthor of two editions of Computer Graphics: Principles and Practice.

Keiichi Matsuda (BSc. MArch) is a London based future-facing designer and film-maker. His work has been widely exhibited, from London’s V&A Museum to New York’s MoMA, as well as attaining viral success online. Next Reality named Keiichi as a top AR influencer, while he was serving as Leap Motion’s VP Design in 2018, his acclaimed short film HYPER-REALITY was awarded Vimeo’s “best drama of the year” in 2016. He sees design as a tool for exploring the future of technology and culture. Whether working through narrative film or concept interaction design for XR, his focus is to define a new vision for reality, at the intersection of virtual and physical.

Frank Rose is the author most recently of The Art of Im­mer­sion: How the Digital Gen­era­tion Is Remak­ing Holly­wood, Mad­ison Ave­nue, and the Way We Tell Stories, a book that has been called “an essen­tial over­view” by the Interna­tional Jour­nal of Advertising and “a new media bible” by the Italian daily la Re­pubblica. A senior fellow at Colum­bia University School of the Arts, he teach­es global busi­ness execu­tives as faculty director of the execu­tive edu­ca­tion seminar Strategic Story­telling, presented by the School of the Arts in part­nership with Colum­bia Business School. He is also a member of the School of the Arts’ Digital Story­telling Lab, where in 2016 he launched the annual Digital Dozen: Break­throughs in Story­telling awards to honor the most innovative approaches to narra­tive from the past year. Before coming to Columbia he was a contributing editor at Wired from 1999 to 2009 and a contributing writer at Fortune before that.

Lindsey Wikstrom (‘16 M.ARCH) is an architectural designer, researcher, and educator based in New York City. Her Practice investigates the effects of architecture on the human experience of the city through the lens of perception and access. She is a designer at The Living, a contributing member to the nonprofit organization Who Builds Your Architecture, and an Adjunct Assistant Professor at Columbia GSAPP.

Free and open to the public. Organized by Columbia GSAPP. 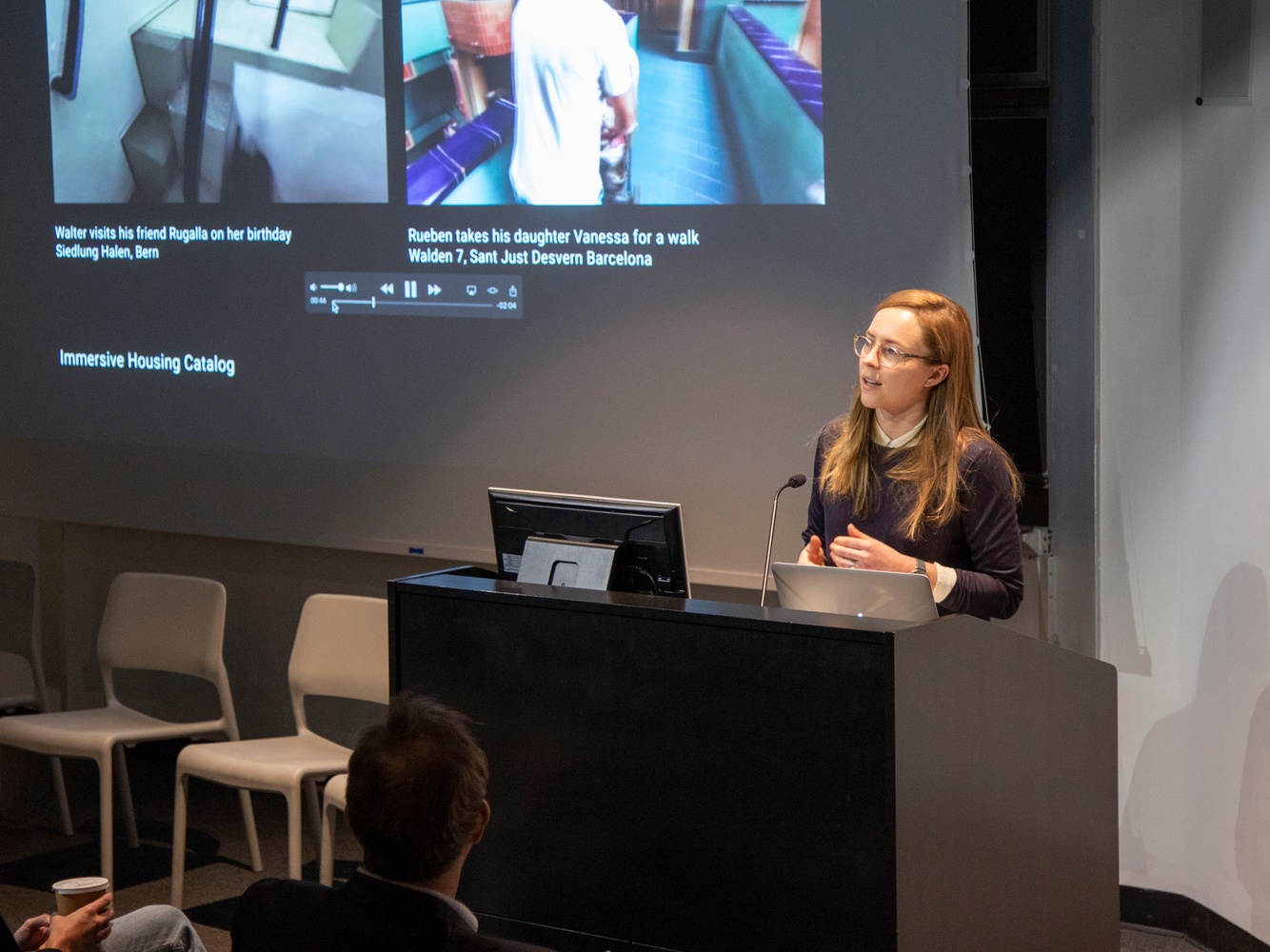 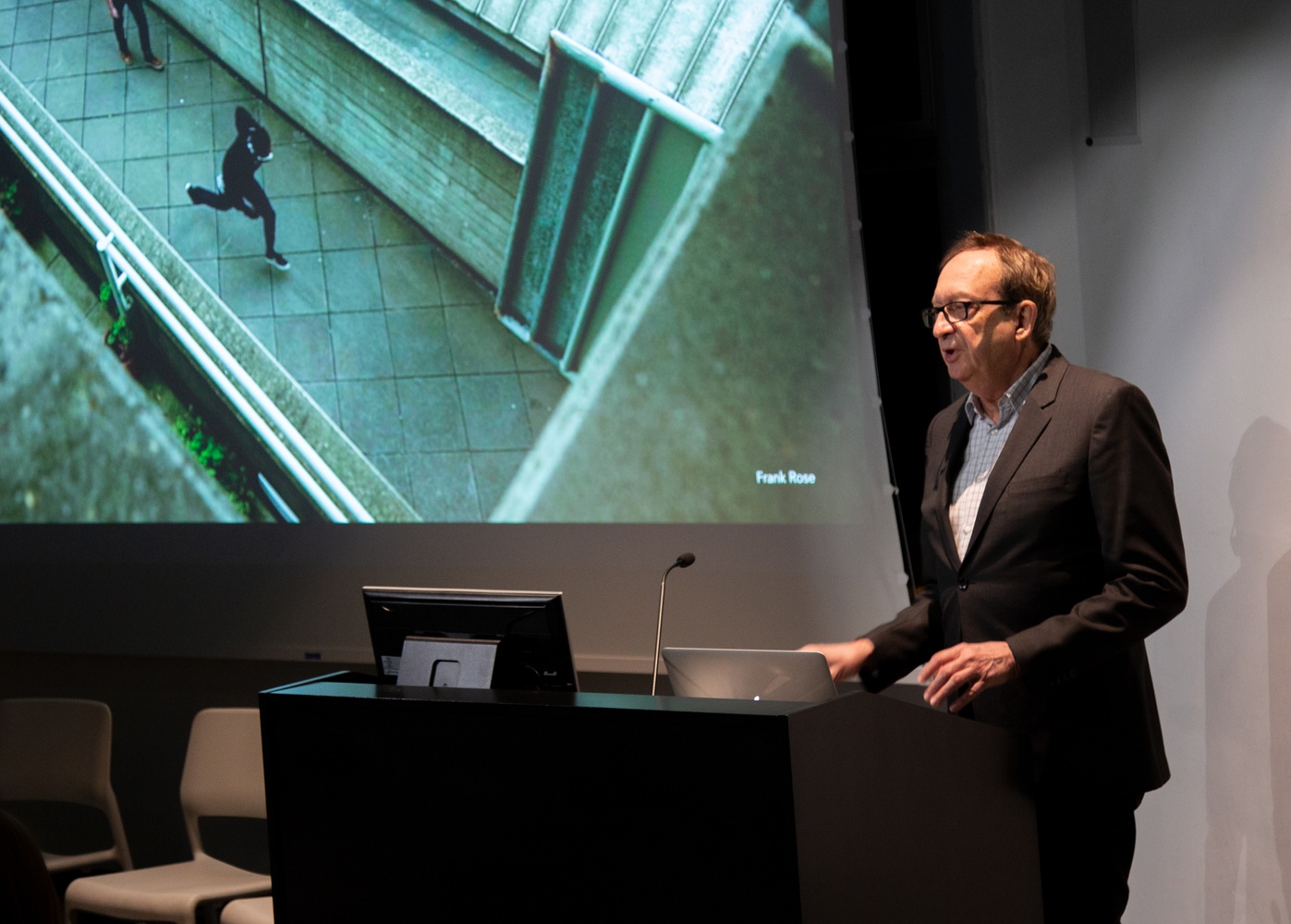 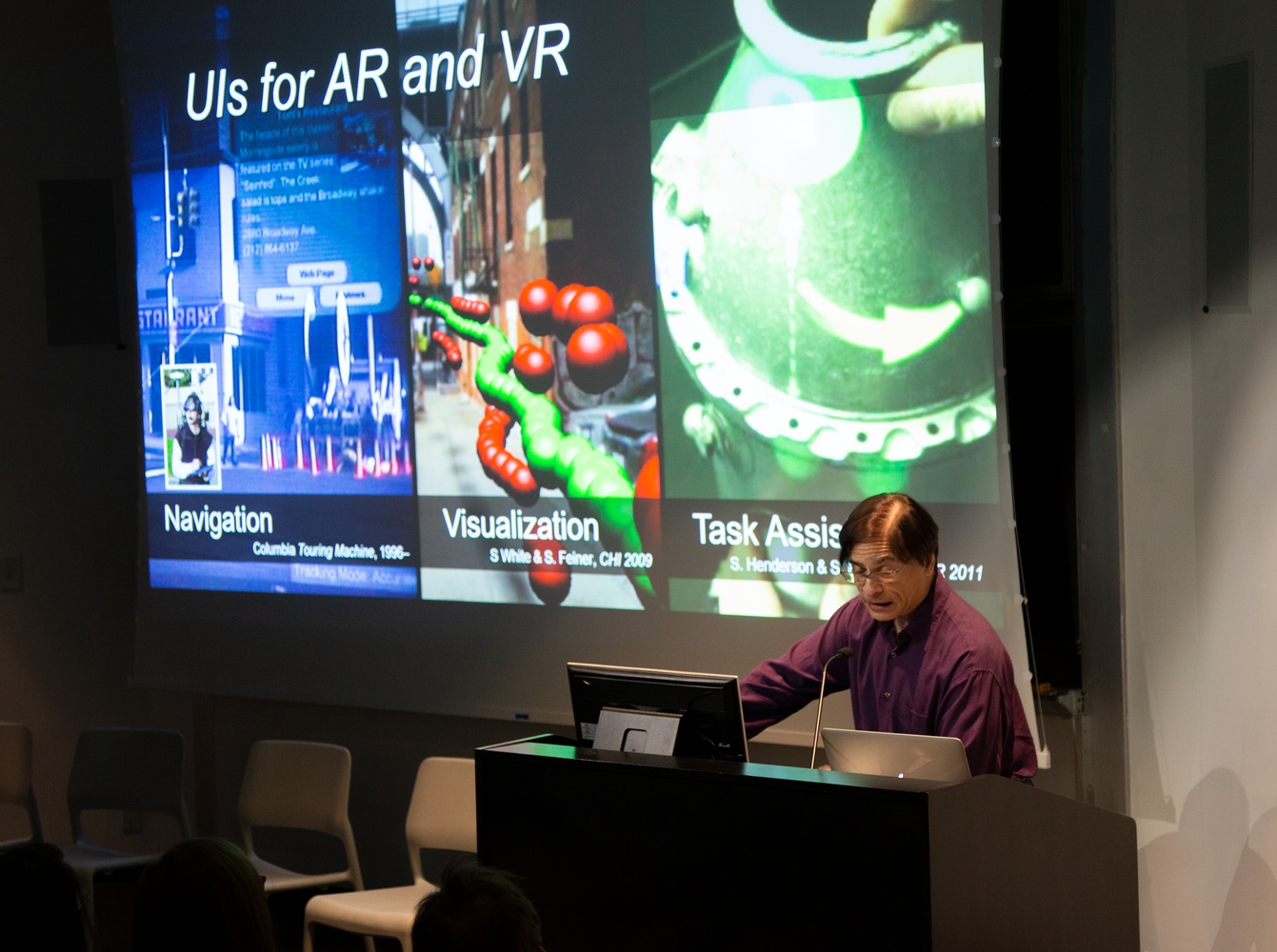 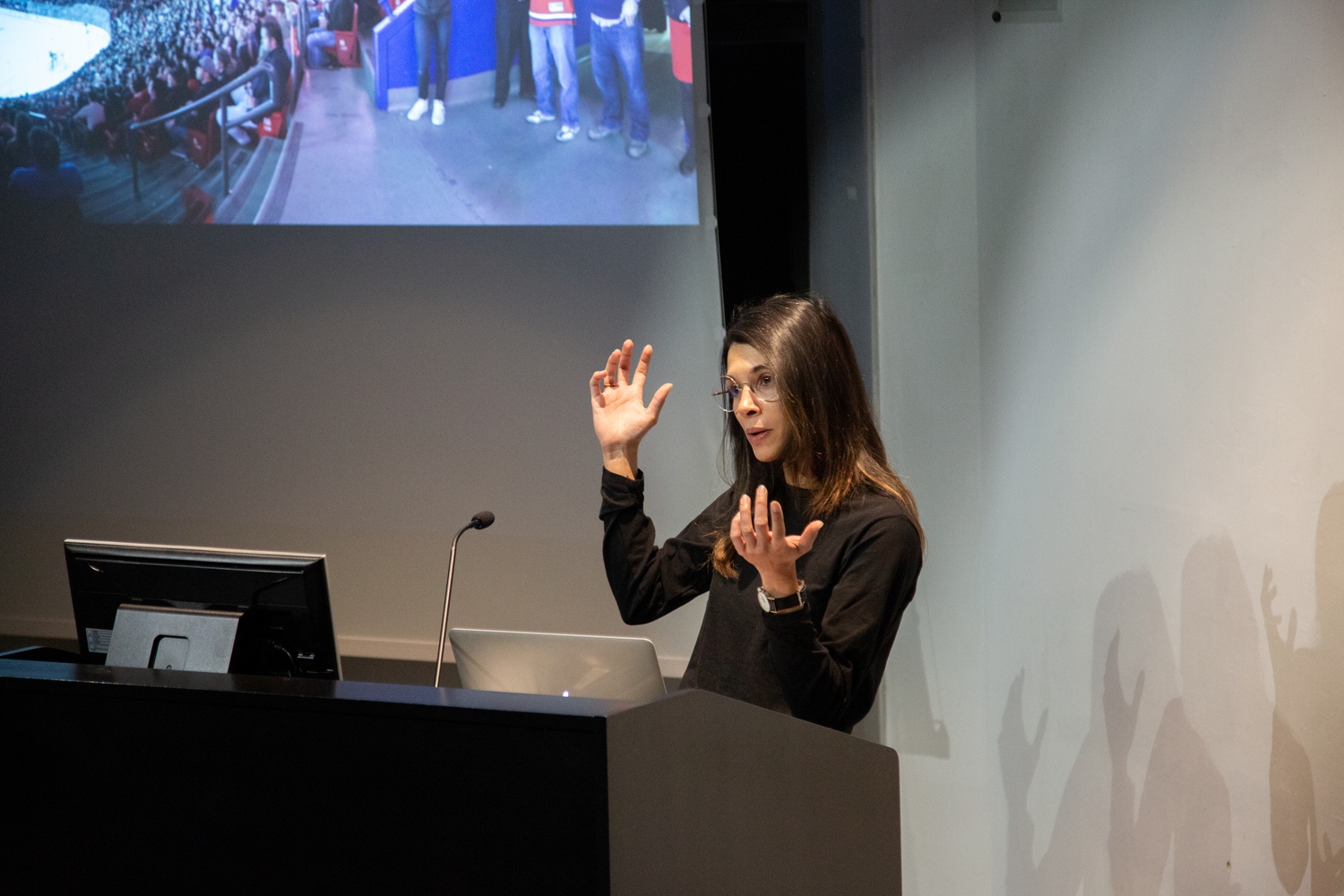 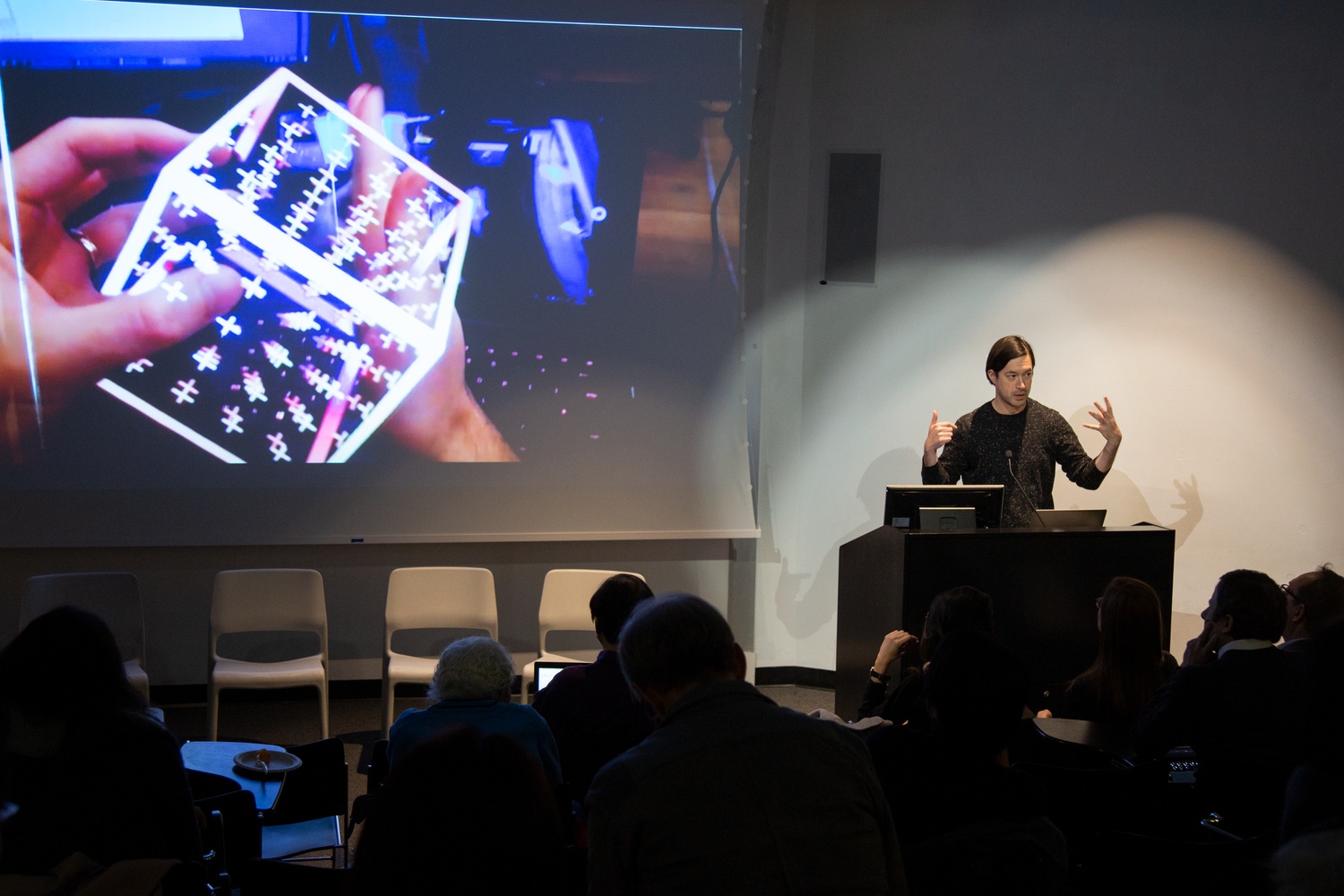 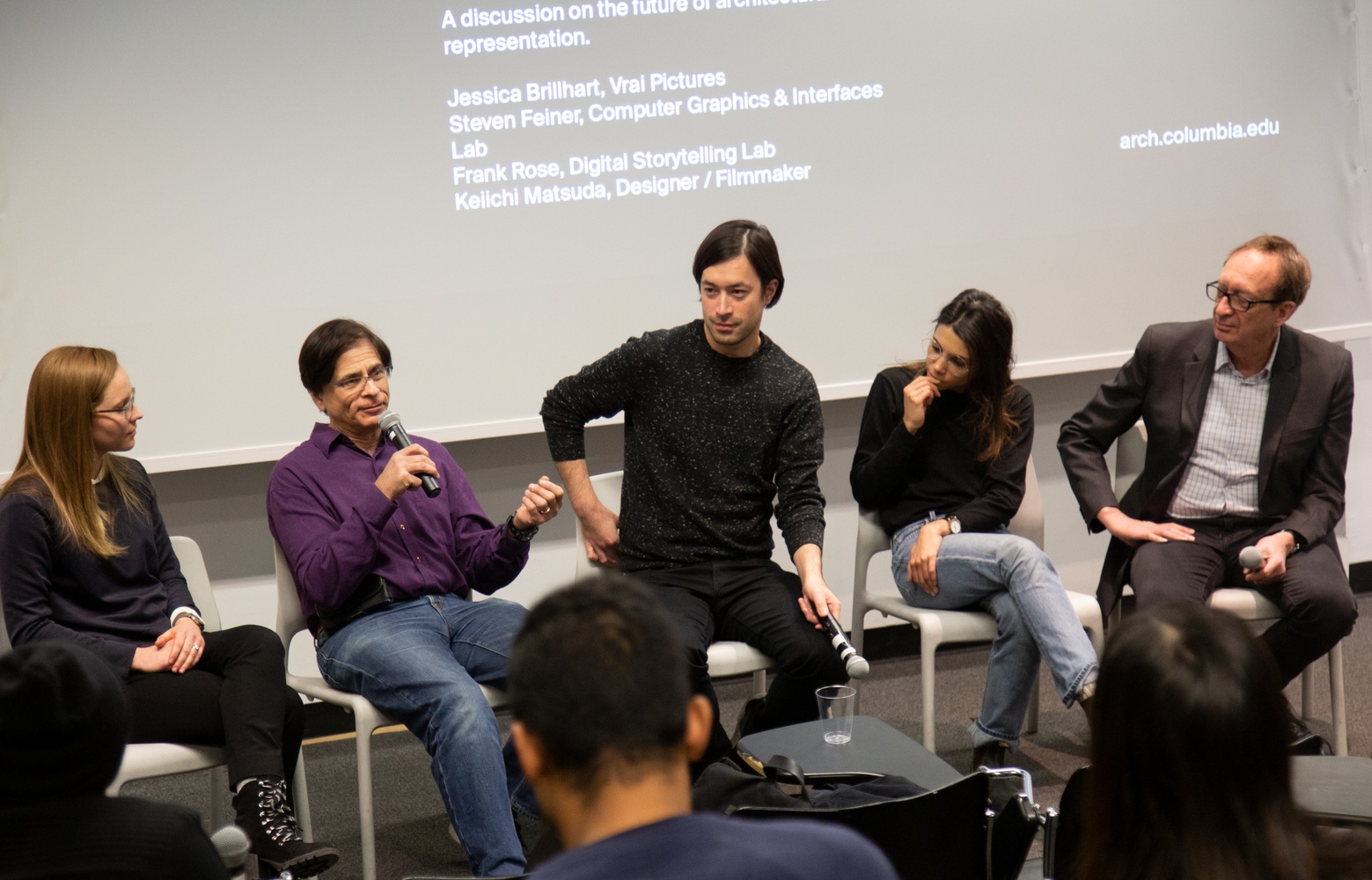