Some profit from climate change, but many more suffer its consequences. It’s that simple; any history of anthropogenic planetary transformation is therefore also a history of inequality, injustice, and struggle.

Arguing that architecture needs an environmental history, the Canadian Centre for Architecture (CCA) has organized, with generous support from the Andrew W. Mellon Foundation, the multidisciplinary, collaborative research project “Architecture and/for the Environment.” But what should this history look like? Around whose priorities should its objects of inquiry be defined and assembled? What truths should it seek?

As a part of the CCA’s research project and in conjunction with the Buell Center’s “Power: Infrastructure in America” research initiative, this afternoon event will offer new directions and agendas for environmental histories of architecture that combine a planetary perspective with an assertion that national centers of power, particularly those in the United States, continue to hold outsize influence and responsibility.

With “It’s Simple,” the CCA and the Buell Center propose that there are few winners and mostly losers in the Anthropocene, and that architectural—indeed environmental—historiography must begin by acknowledging this fact. Though the narratives might be complex, the imperative is simple.

This afternoon event is preceded by a pop-up display organized by the CCA on the fourth floor of Avery Hall entitled ”‘You Must Choose Between Oxygen or Wealth.’“ Shown from October 8–19, it will highlight the CCA’s recent efforts to examine environmental issues through distinct, yet interlinked curatorial approaches. The display’s title is taken from the artist Douglas Copeland’s Slogans for the Twenty-First Century.

Daniel Barber is Associate Professor of Architecture at the University of Pennsylvania, Philadelphia, USA, as well as a Humboldt Fellow at the Max Planck Institute in Berlin, Germany. His most recent book is titled A House in the Sun: Modern Architecture and Solar Energy in the Cold War (2016).

Aleksandr Bierig is a PhD candidate studying urban and architectural history at the Harvard Graduate School of Design, Cambridge, United States. His research concerns interactions between the built environment, the natural environment, and political economy in eighteenth- and nineteenth-century Britain.

Nerea Calvillo is Assistant Professor at the Centre for Interdisciplinary Methodologies at Warwick University, Coventry, United Kingdom, where she investigates the material, technological, political, and social dimensions of environmental pollution.

Jiet-Hwee Chang is Associate Professor of Architecture at the National University of Singapore and has written and co-edited several books, including the recently published, A Genealogy of Tropical Architecture: Colonial Networks, Nature and Technoscience (2016).

Isabelle Doucet is professor of architectural theory and history at Chalmers University of Technology, Sweden, where her research focuses on the relationship between (urban) politics, aesthetics, and social responsibility in architecture. She is the author of The Practice Turn in Architecture. Brussels after 1968 (2015) and she recently co-edited with Hélène Frichot the thematic issue “Resist Reclaim Speculate. Situated Perspectives on Architecture and the City” (Architectural Theory Review, 2018).

Kiel Moe is the Gerald Sheff Professor of Architecture at McGill University where he teaches design and advanced construction as energetic and environmental processes.

Hannah le Roux is an architect, curator, and educator at the University of the Witwatersrand, Johannesburg, South Africa. Her work revisits the modernist project in architecture and considers how its transformation under the influence of the agency of African users presents a conceptual model for contemporary design.

Paulo Tavares is an architect based in Brasília, where he teaches at the Faculdade de Arquitetura e Urbanismo, Universidade de Brasília, Brazil. He runs the design and research agency autonoma, is a long-term collaborator of Forensic Architecture and a co-curator of Chicago Architecture Biennial 2019. 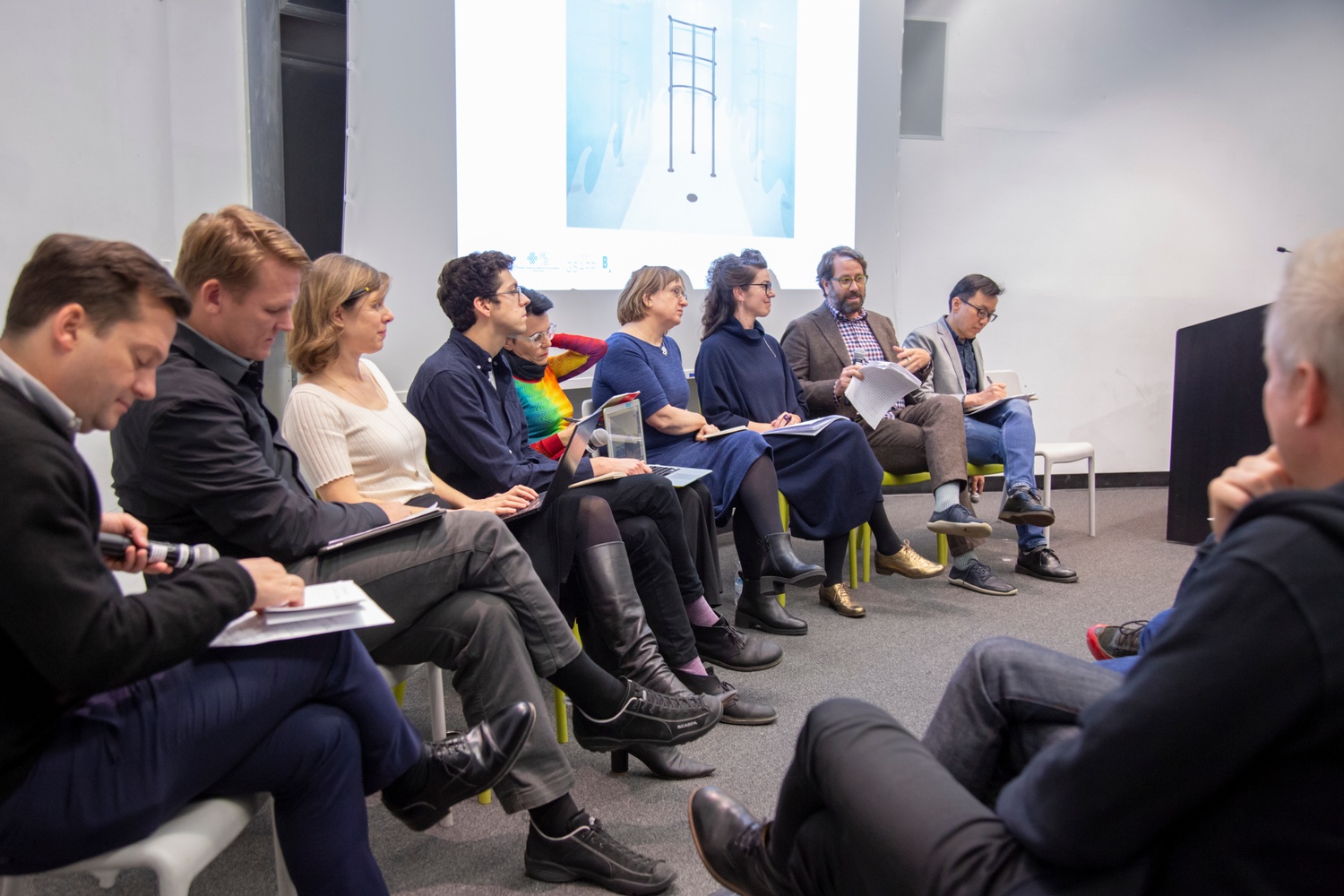 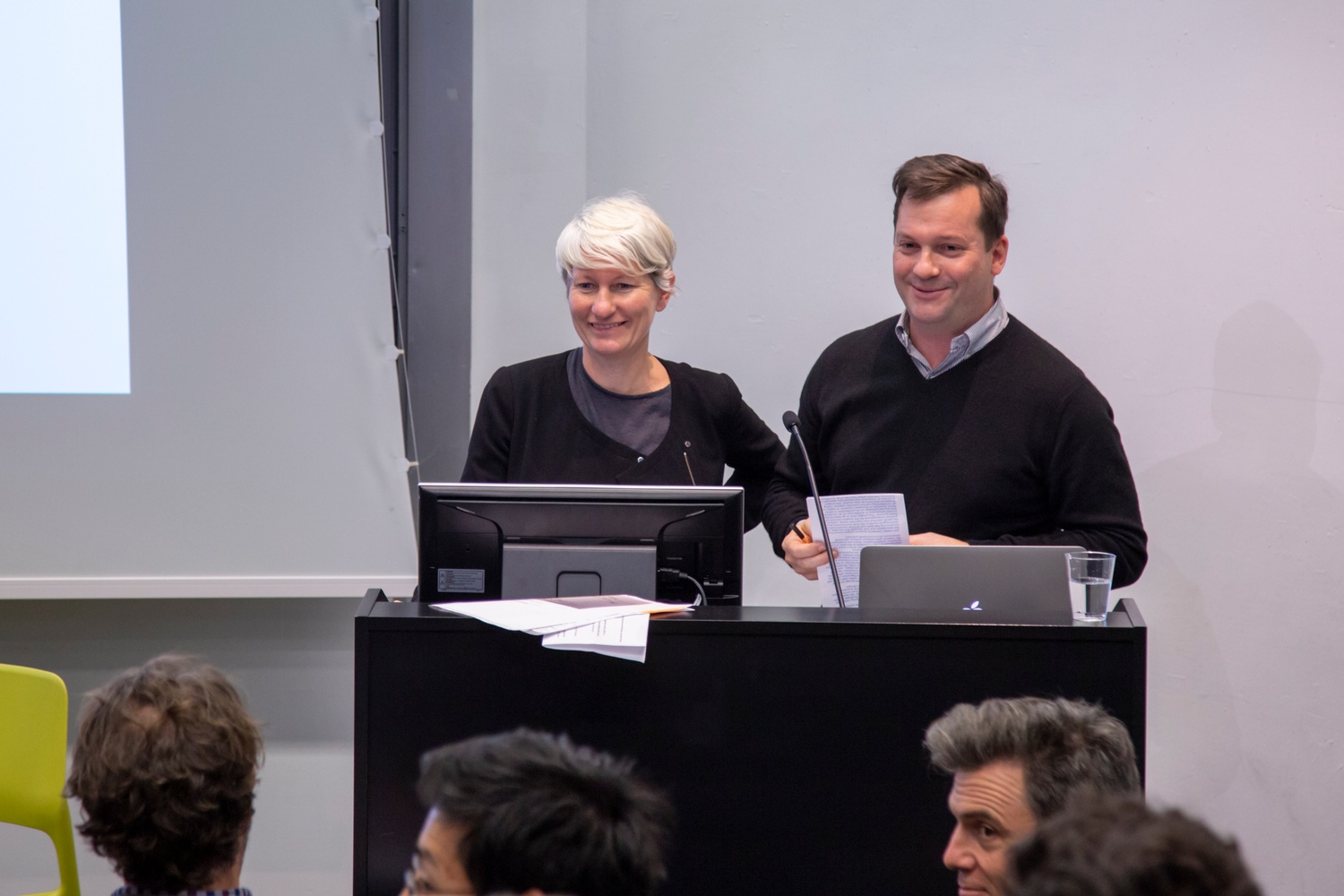 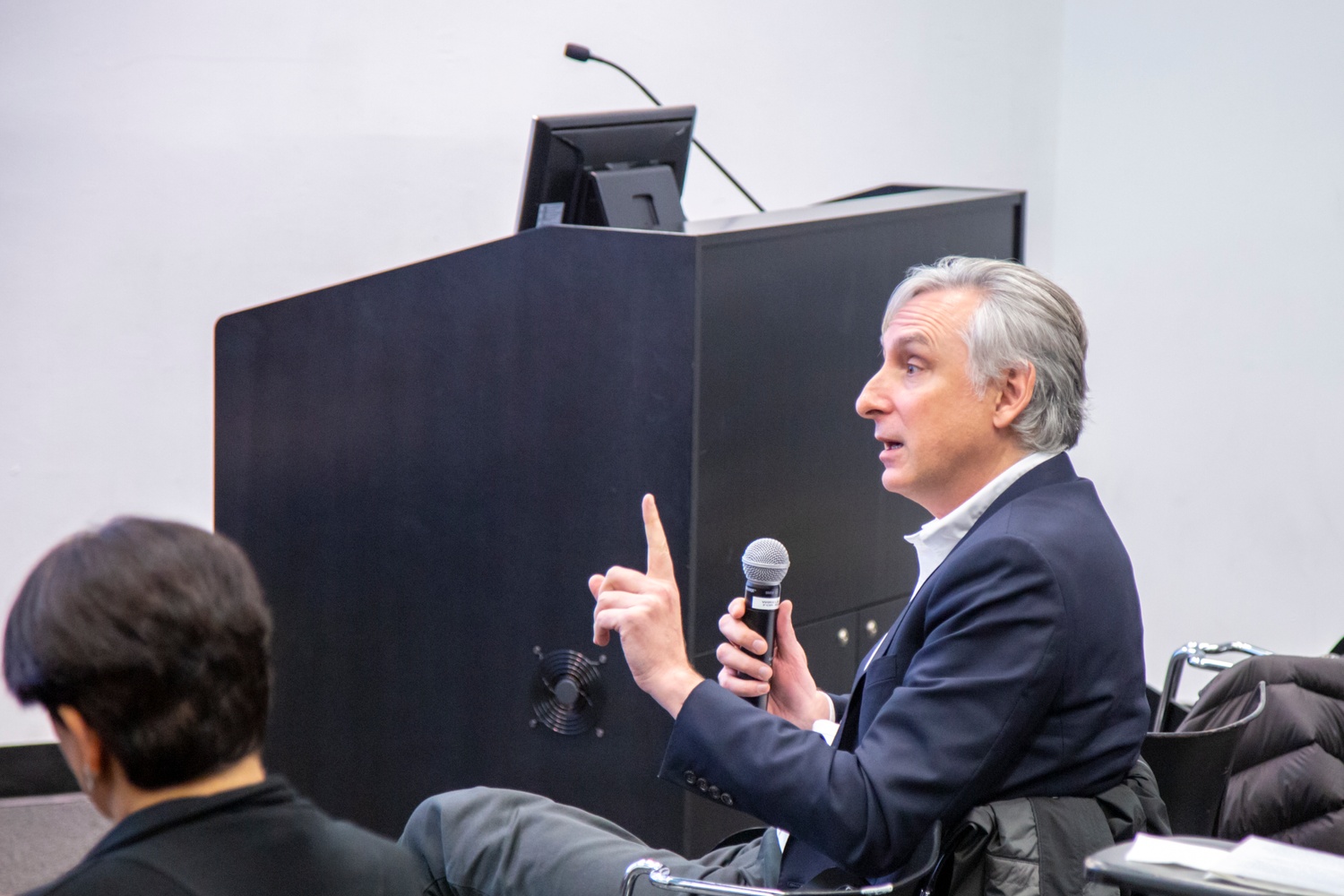 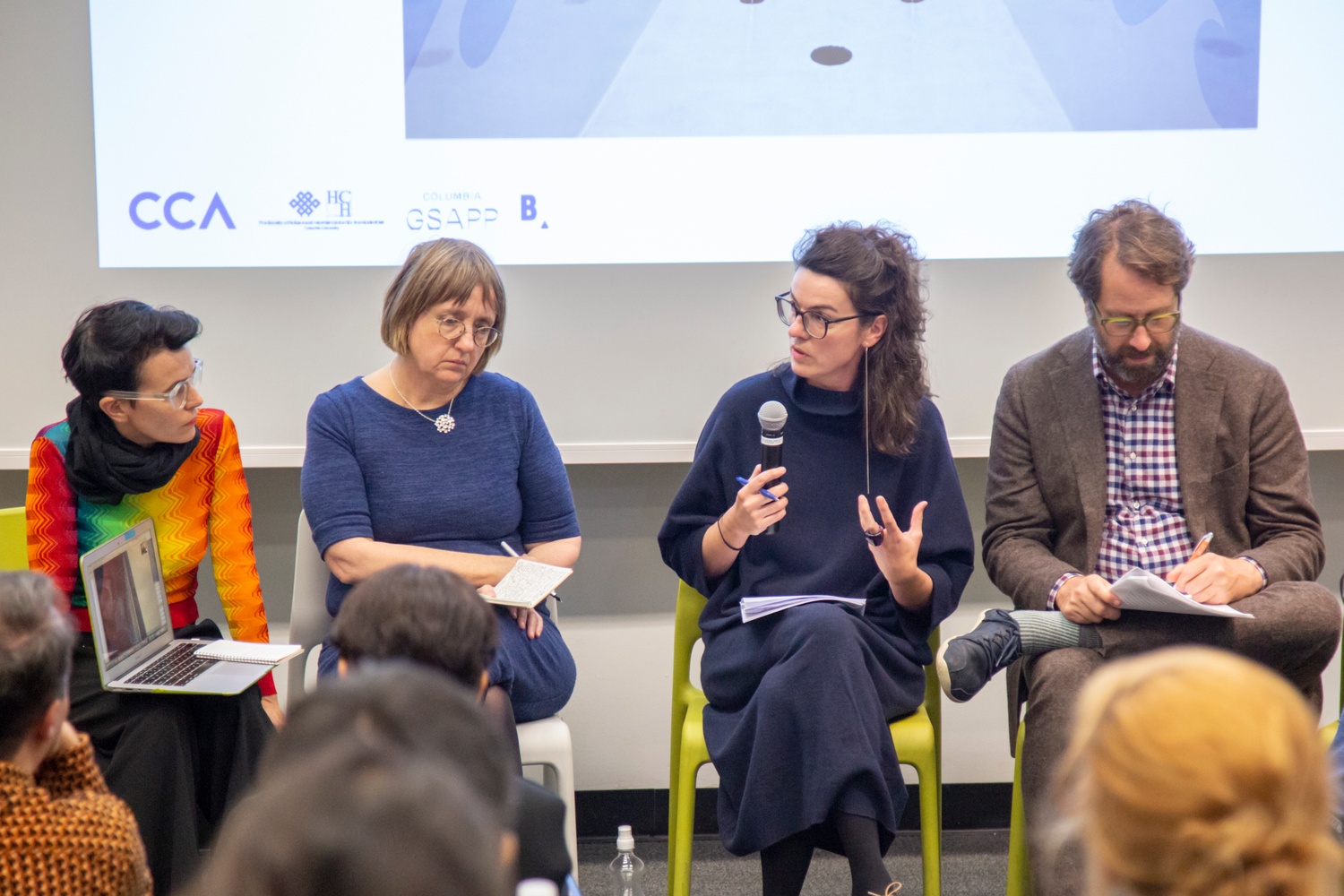 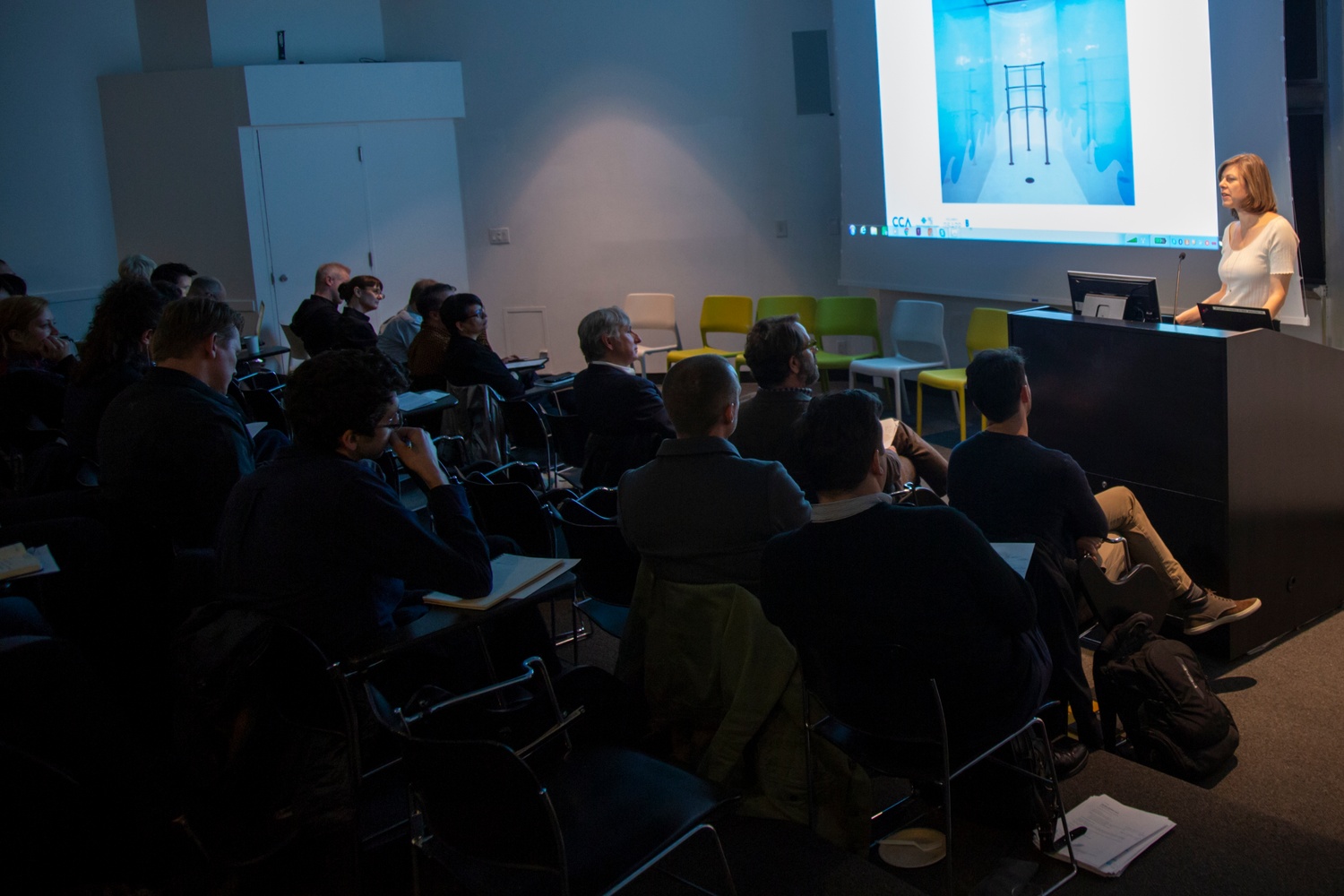