Student(s)
Henderson Beck, Alyna Karachiwala, Kaeli Alika Streeter
Course
Spring, 2021 - Architecture Studio IV
Program(s)
Master of Architecture
Faculty
Vanessa Keith
Beneath our feet asks us to think about the geological and fungal histories and networks that lay below ground, visible on the surface only when we’re willing to give time and energy to understanding the delicate systems and geologies below. Training our senses to see, smell, and feel the energies that live beneath us.

During our site exploration, we became aware of severe natural elements critical to the site and its connection to the land, mycelium, fungi, and milky quarts in particular. Beneath trees exist an underground network of mycelium. Mycelium fibers are a type of fungi that creates an intricate network of interconnectedness in the soil. As a result of this beautiful network and the appearance of several mushroom types on site, mycelium plays an important role in both our design and construction. Easily produce-able and strong insulator mycelium bricks will create the walls of several temporary pavilions at the gateway and provide insulation in our main house and passive guest houses throughout the site.

The abundance of quartz, its spiritual connection to this land, and embedded indigenous knowledge have led us to typology studies for our Main House and Passive House. As quartz is an energy stone, we wanted to use the materiality of this gem to create a welcoming architectural language. We also explored fungi with bioluminescent qualities which we intend to isolate and use as lighting throughout the site on our elevated walkways or throughout suspended hammocks on site.

We imagine a 1000-year-future where the unseen mycelium networks surface above ground, adjusting, evolving, and living in, on, and among our architecture. While the lack of human interaction in the sight may be seen as unsettling to some, we welcome intertwining architecture and nature. As we learn to respect what’s beneath our own feet, we learn to acknowledge the sacredness of land, mycelia, and to think about what it means to give architecture to the fibers of the Earth. 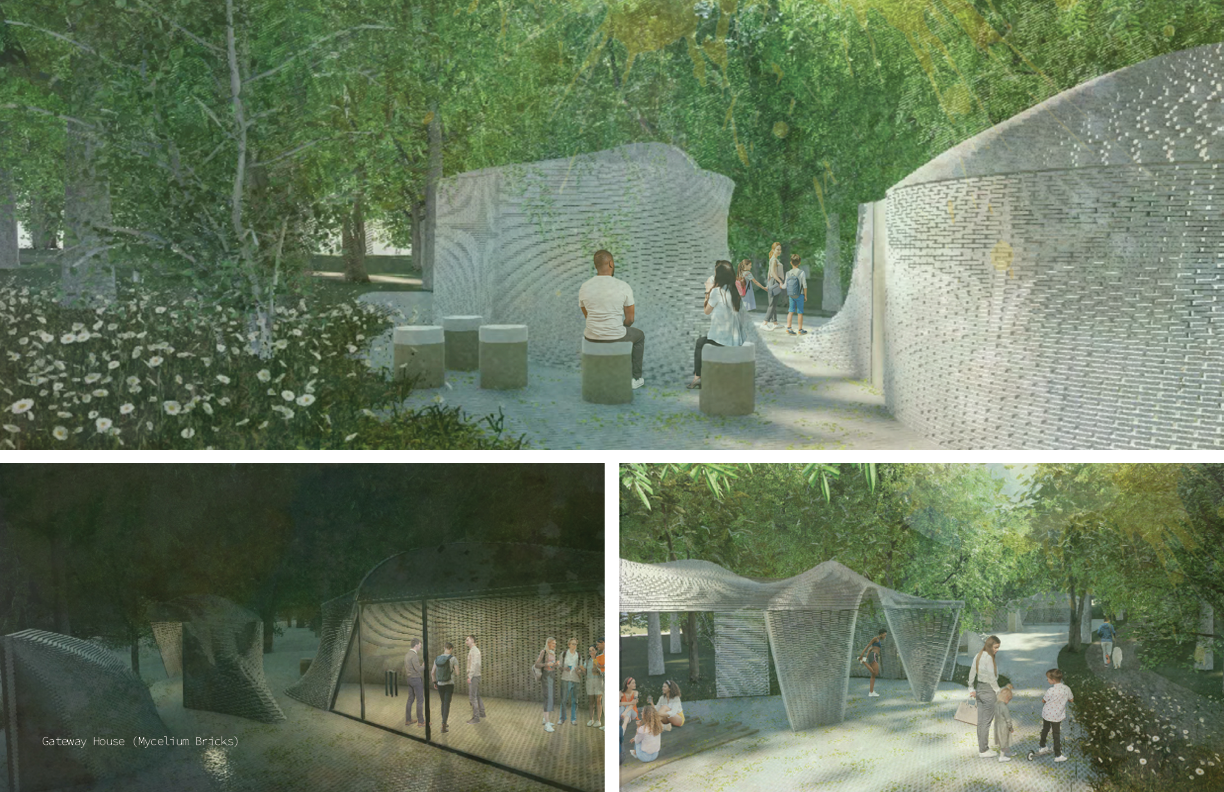 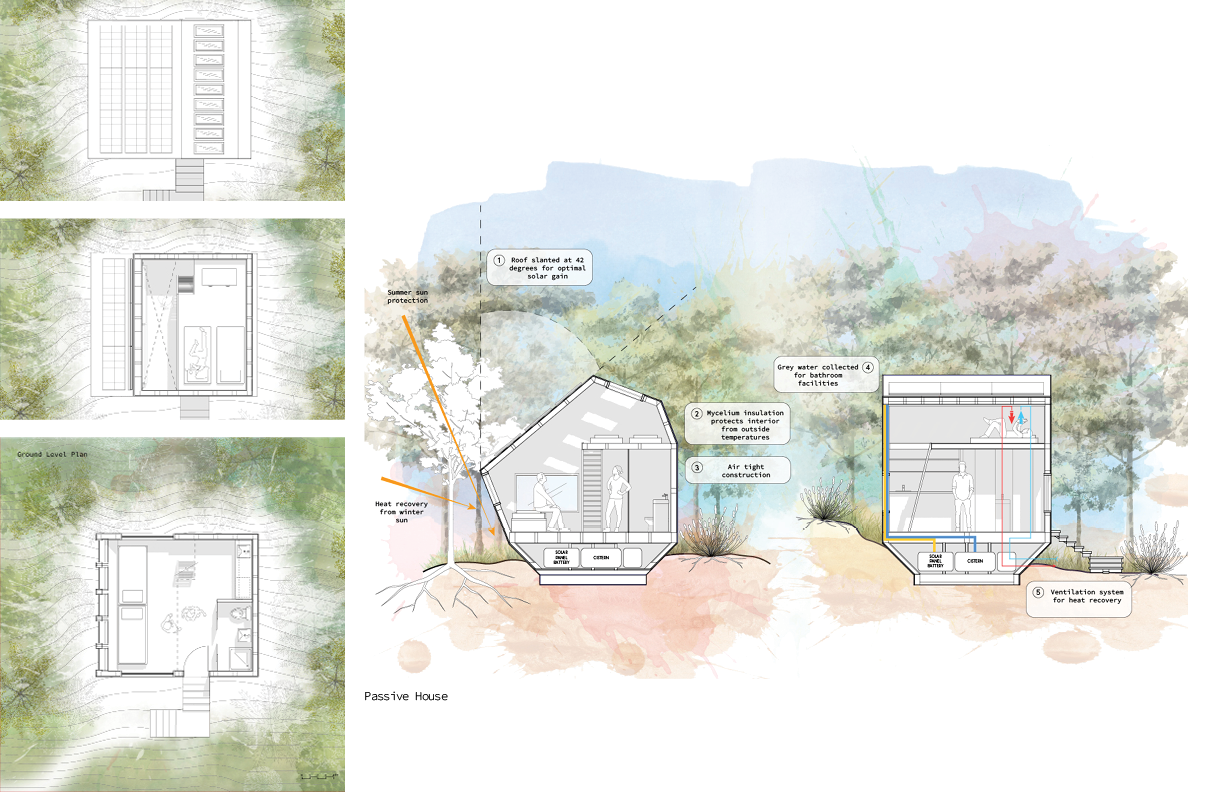 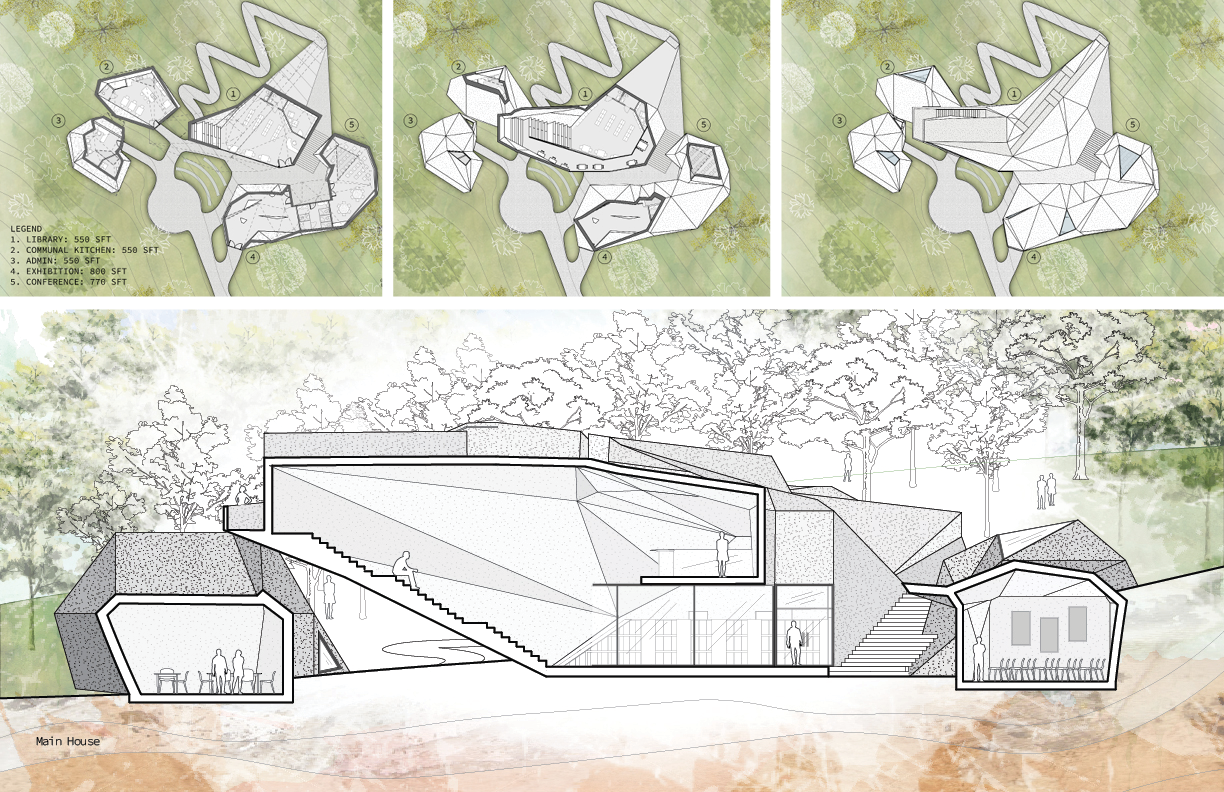 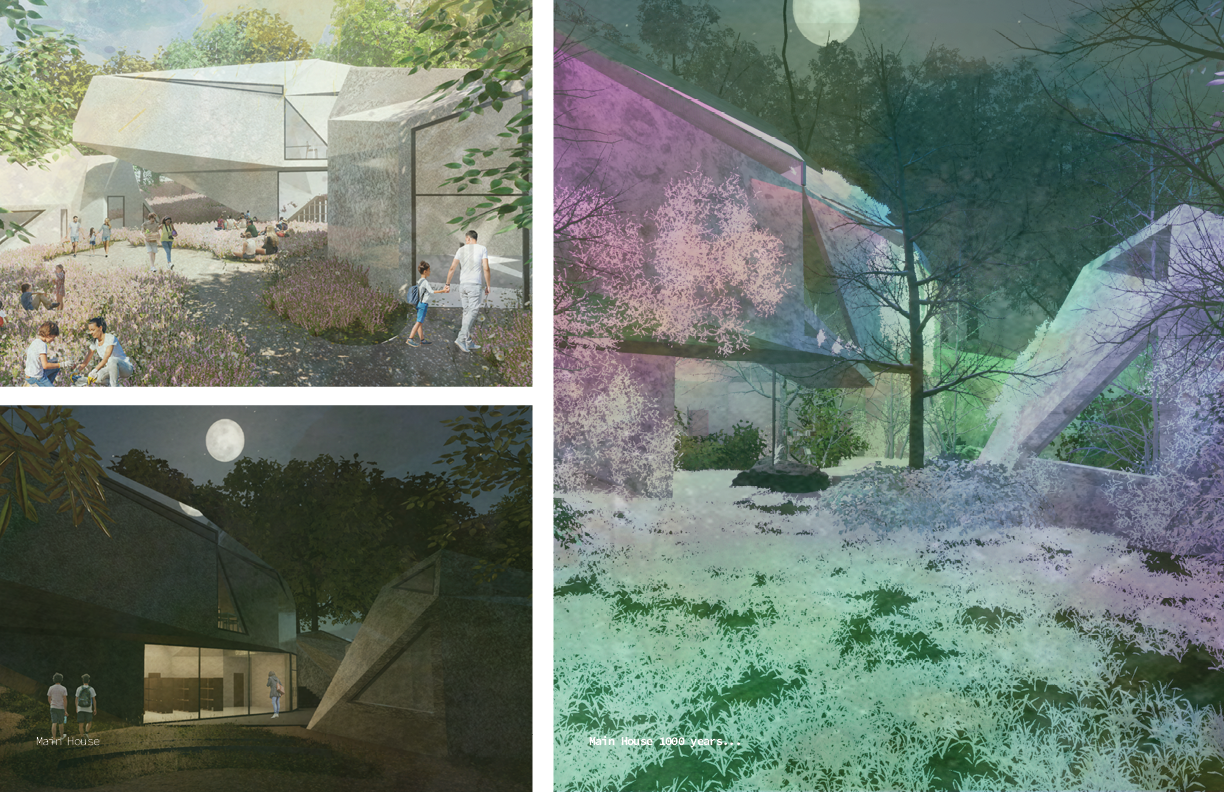