Chemicals and spectacle are indivisible elements in Disney World. Despite the persistent image of “purity” and “cleanliness” that Disney projects, it depends on and adds to the chemical components that shape contemporary life. Disney is part of our chemical modernity.

What would it be like to actually live within Disney’s fireworks? To be consciously part of that chemical experience?

Everydayland is a housing project at the center of Magic Kingdom at Disney World Florida. It is a tower for long-term life at the center of Disney’s entertainment. Everydayland rearranges Disney’s fireworks, for them to engage as a crucial component of everyday life, while at the same time it shifts the chemical dimension of the fireworks from the world of fantasy into the real world—it provides a fantasy and “de-fantasizes” at the same time.

Everydayland is formed by five main elements: the Castle, the Rollercoaster, the Atrium, the Facade, and the Domestic space of the apartments.

The dream to live in “the happiest place on earth” is now possible, and it is both a spectacular and a chemical experience. 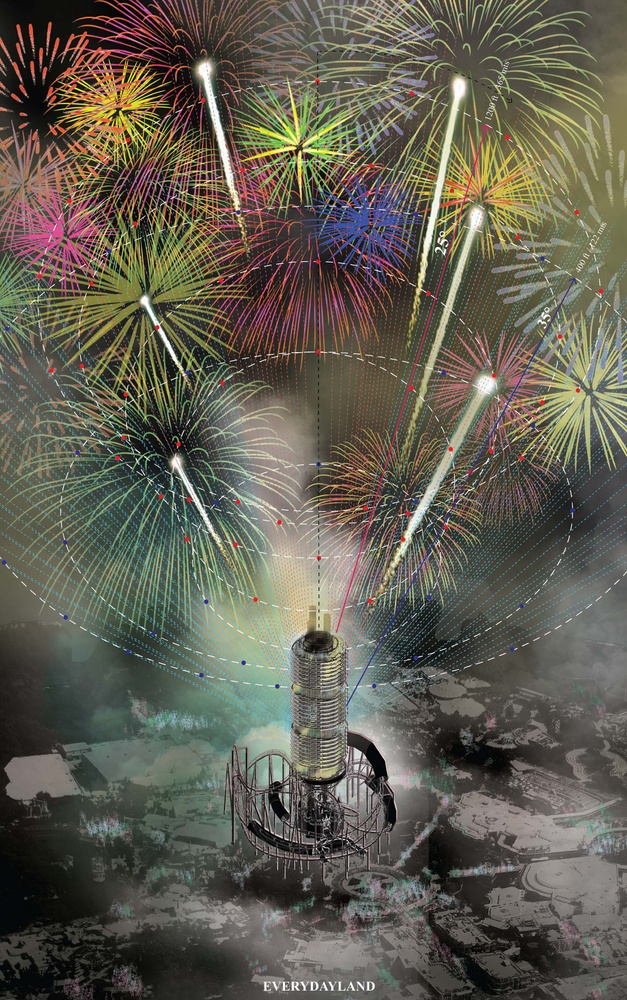 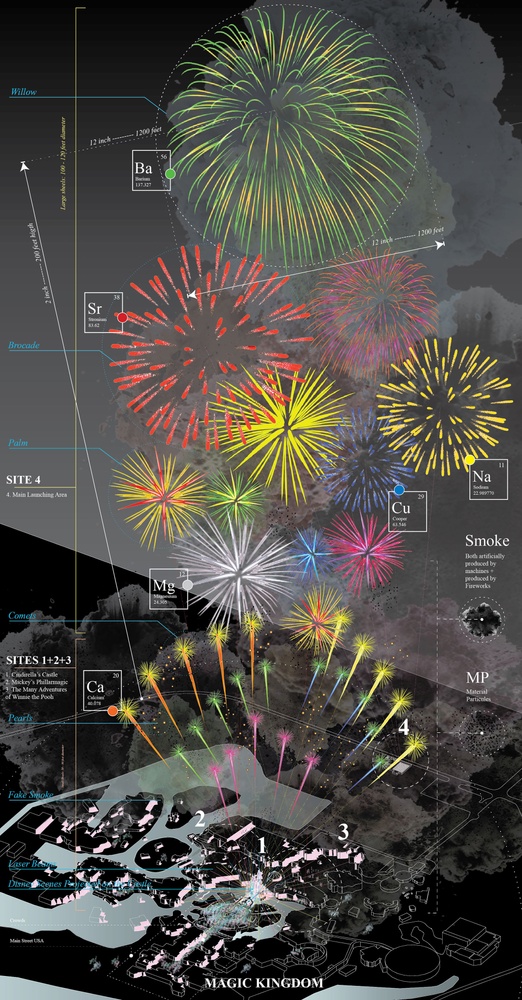 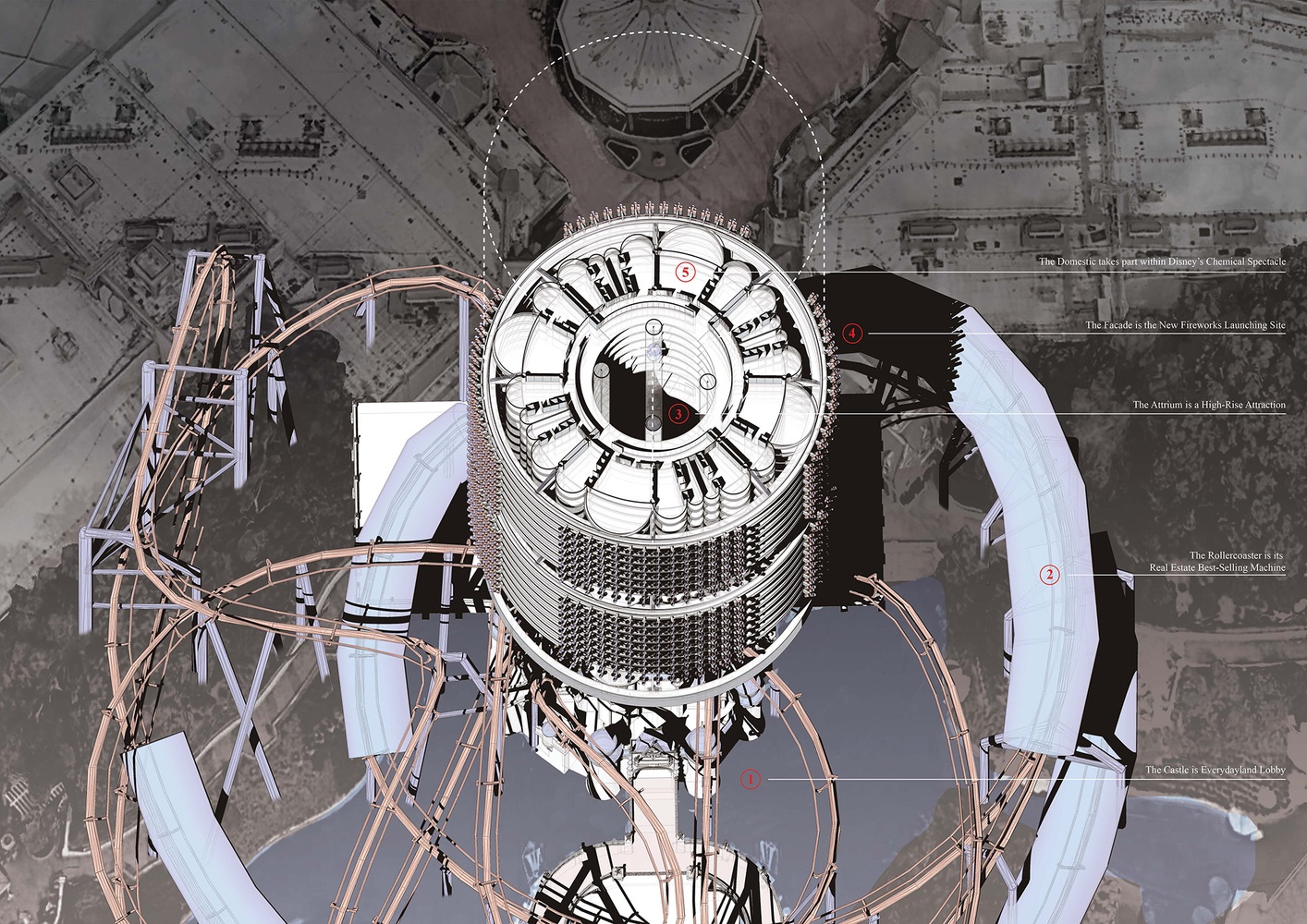 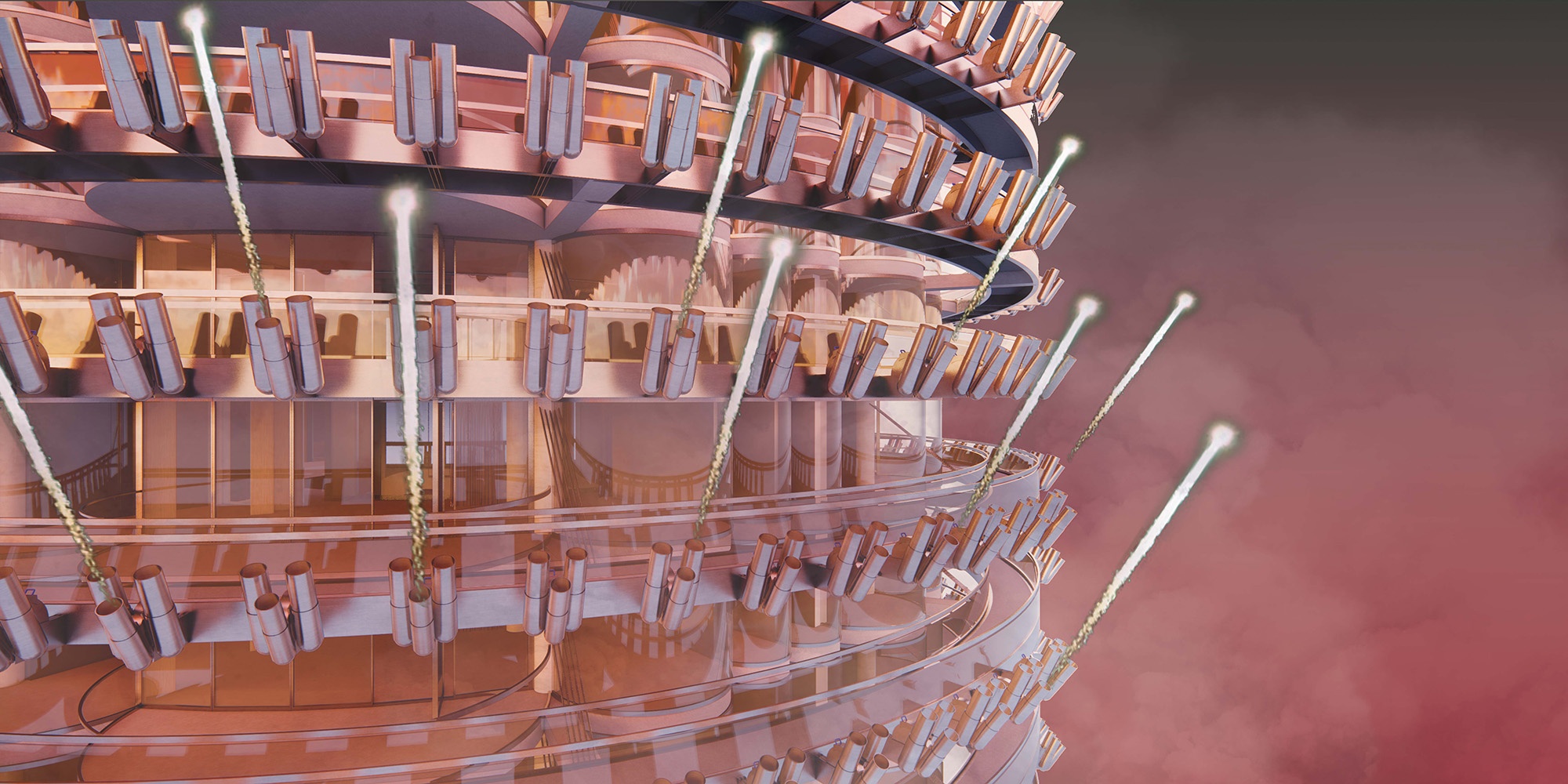 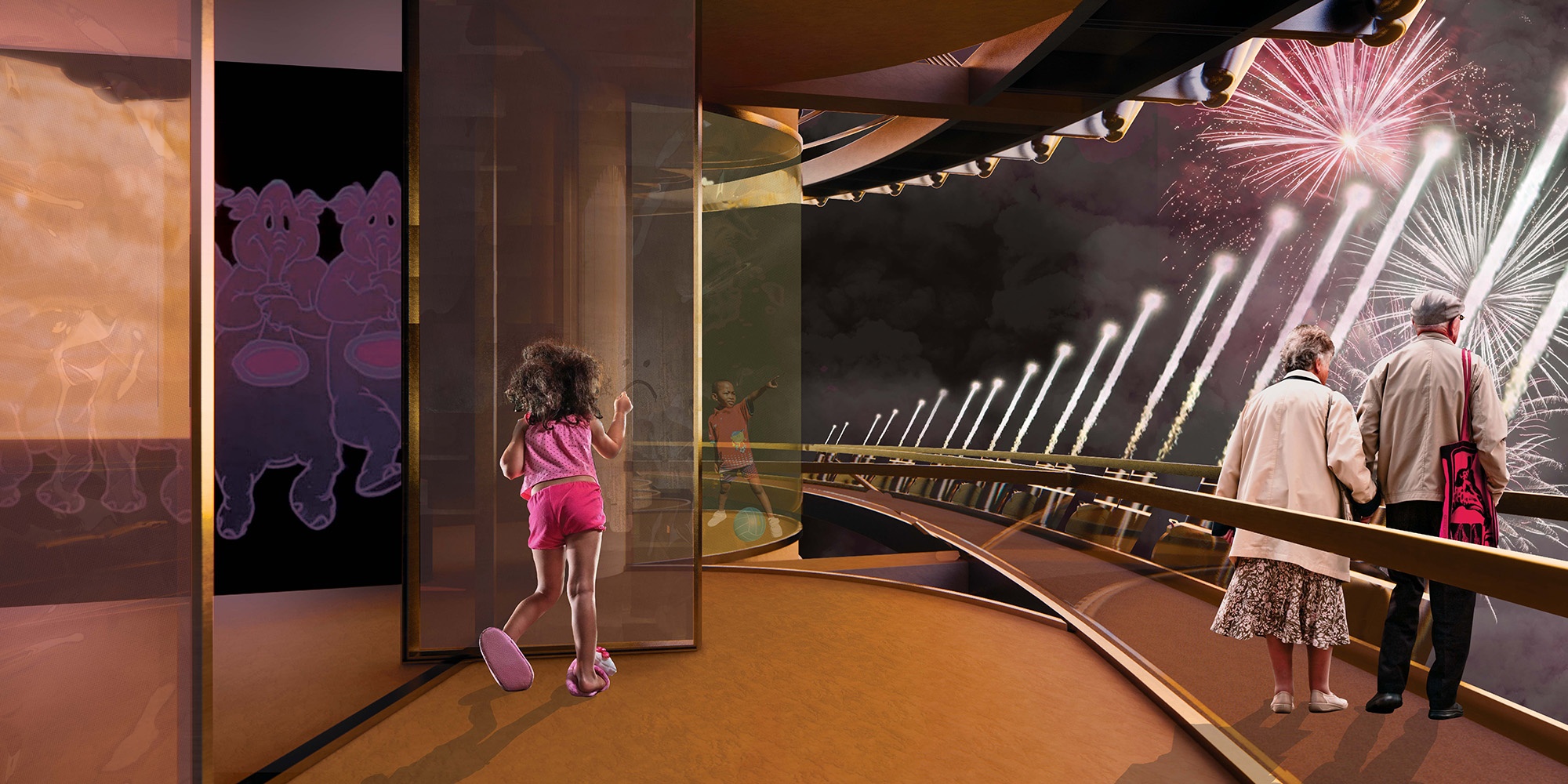 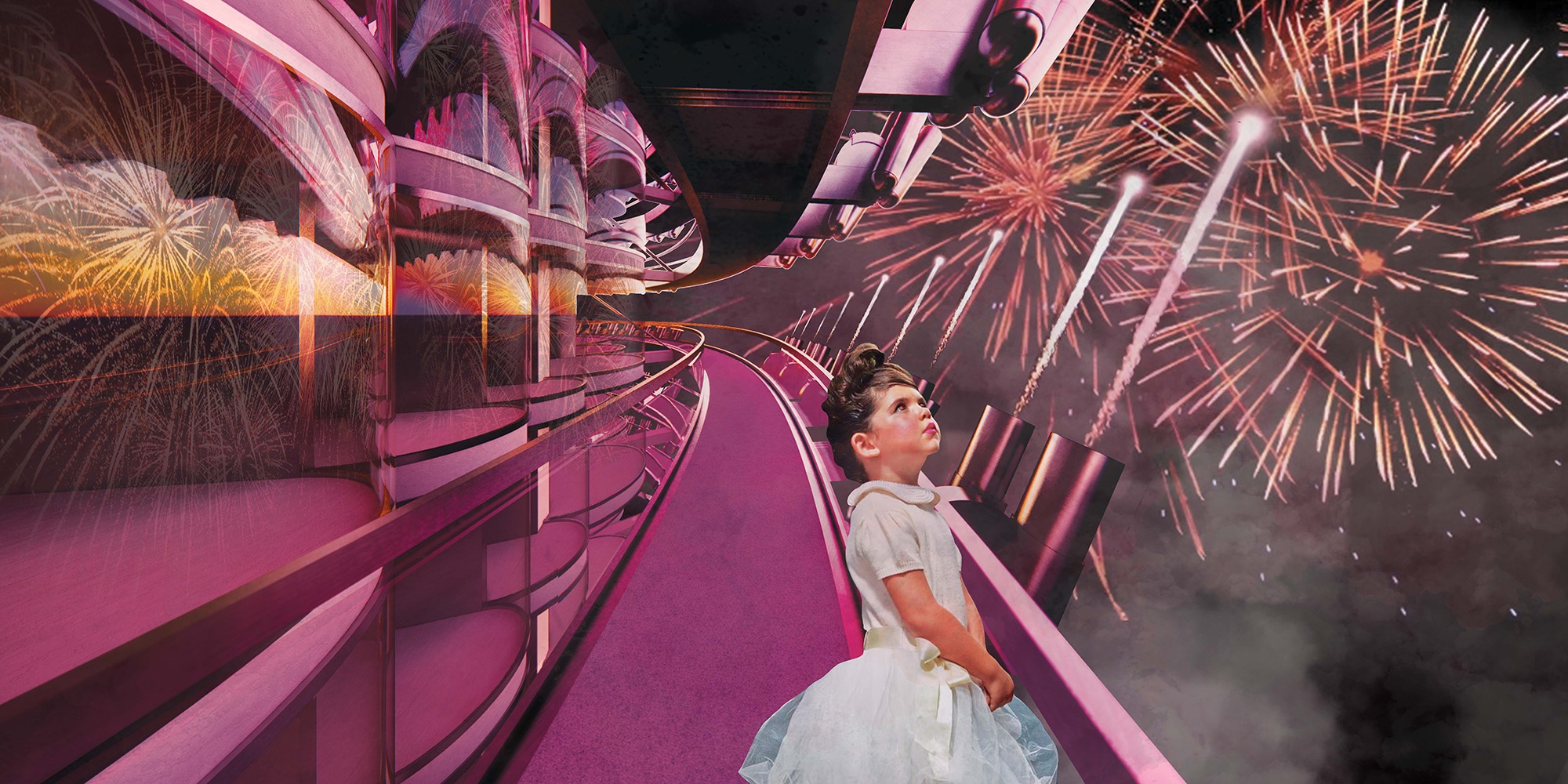 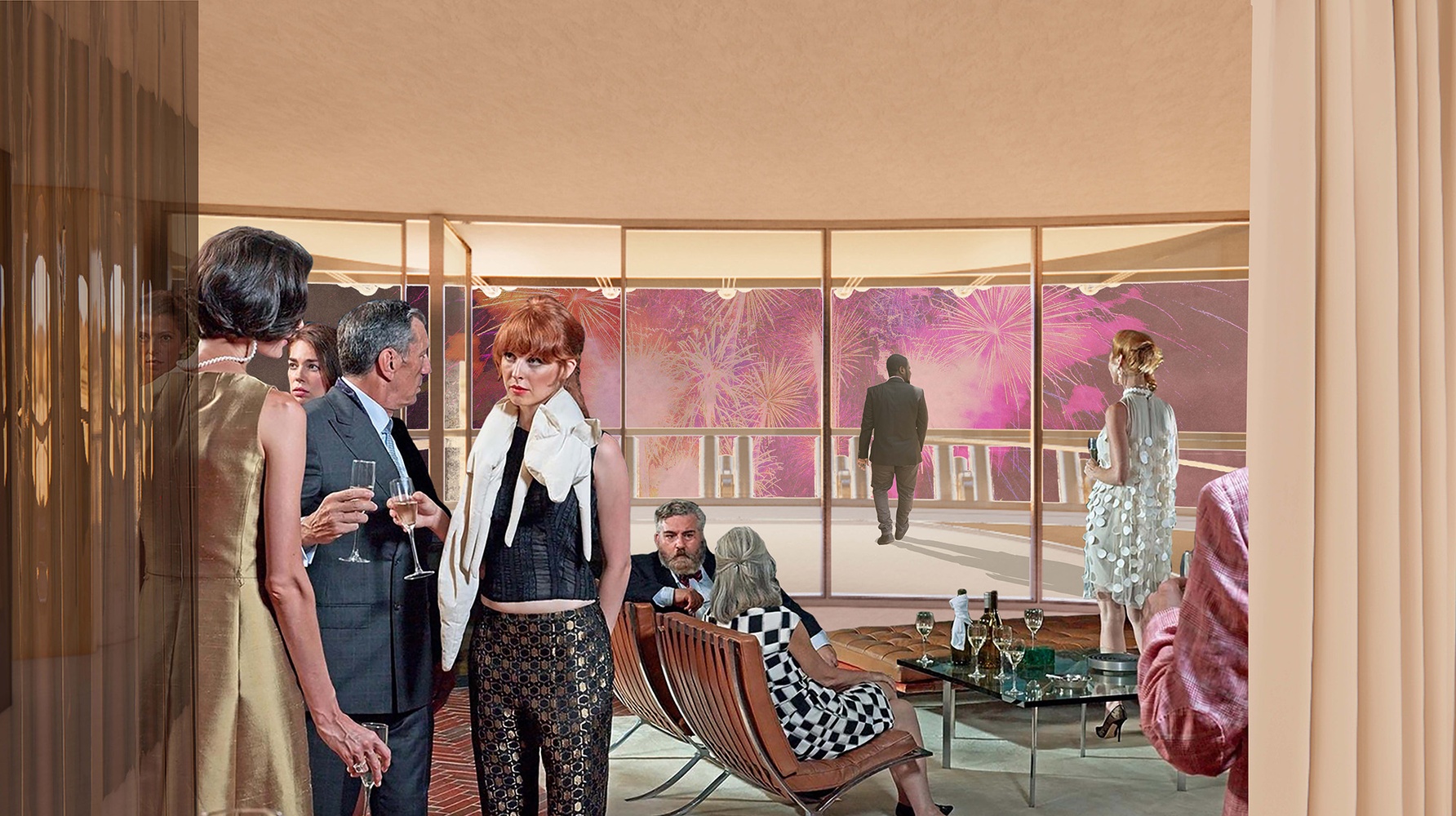