This project begins by looking at the body performing the mundane act of carrying a bag. In one sense, the skeletal balance of forces is a direct analog for the structural carrying of load in a building; but, in another, it is more representative of the dispositional shift required to pay attention to the effort and significance of carrying a load—a burden, groceries, books.

The site is understood as a weave of tactile surfaces: grounds that carry carrying bodies. The two volumes step back from the corner, simultaneously inviting the public in and acting as a buffer from the busier Forsyth Street for the quiet program, such as classrooms and study spaces, which alternate informally. The volume for the louder program includes a ground floor kitchen which opens onto a small garden to the north. Inscribed in the curriculum is a concern for actions and technologies of responsibility and maintenance, with brooms, sinks, and refuse bins open and accessible along the multiple cores.

The material gesture of the project is a subversively soft one. In particular, the concrete structure is conceived of as cast in fabric formwork, fashioning arching pillow columns and draped floor slabs. Expanding the range of architectural materials, fabric formwork performs a subversion of the concrete structure’s symbol, and an abundance of curtains and curved surfaces make a more gentle perceptual field. The making of the building itself asks the workers’ bodies to seat themselves at the sewing table, assuming a posture unfamiliar to the construction site. Through a series of unexpected material encounters, the corporeal experience is foregrounded, thus positing a reconsideration of what it means to teach a body how to navigate the world and, hopefully, inviting a less rigid and more deliberate embodied existence. 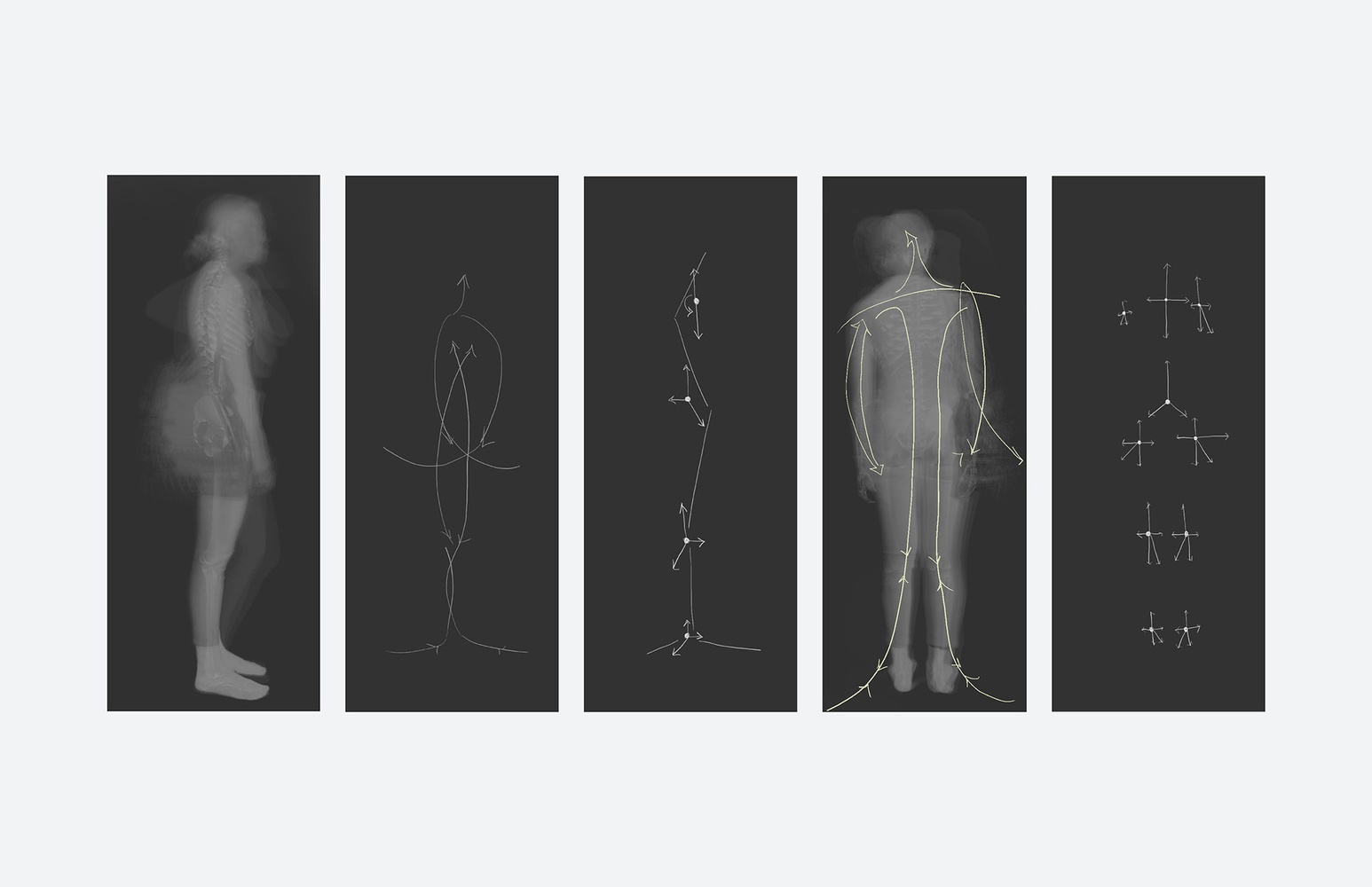 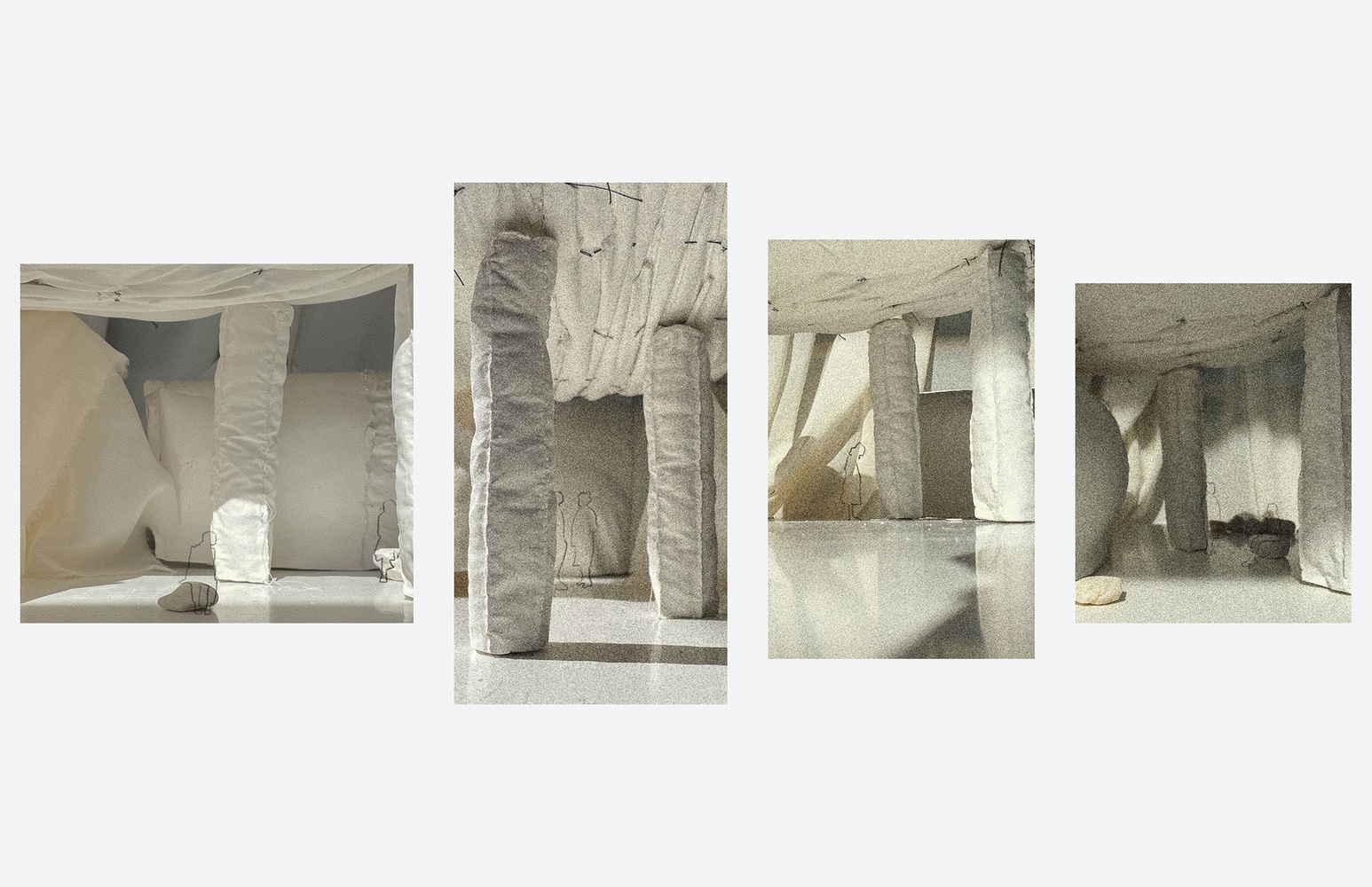 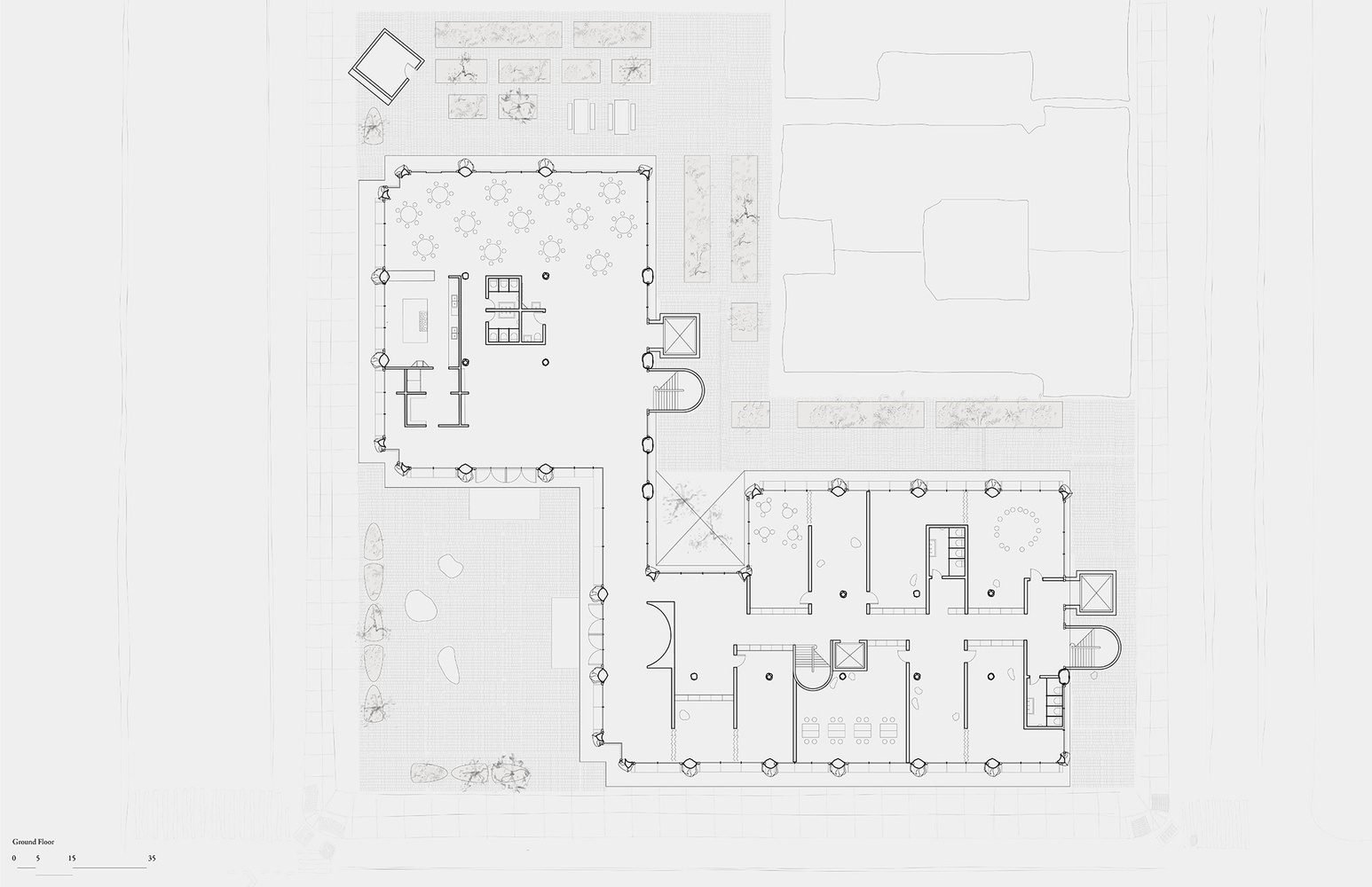 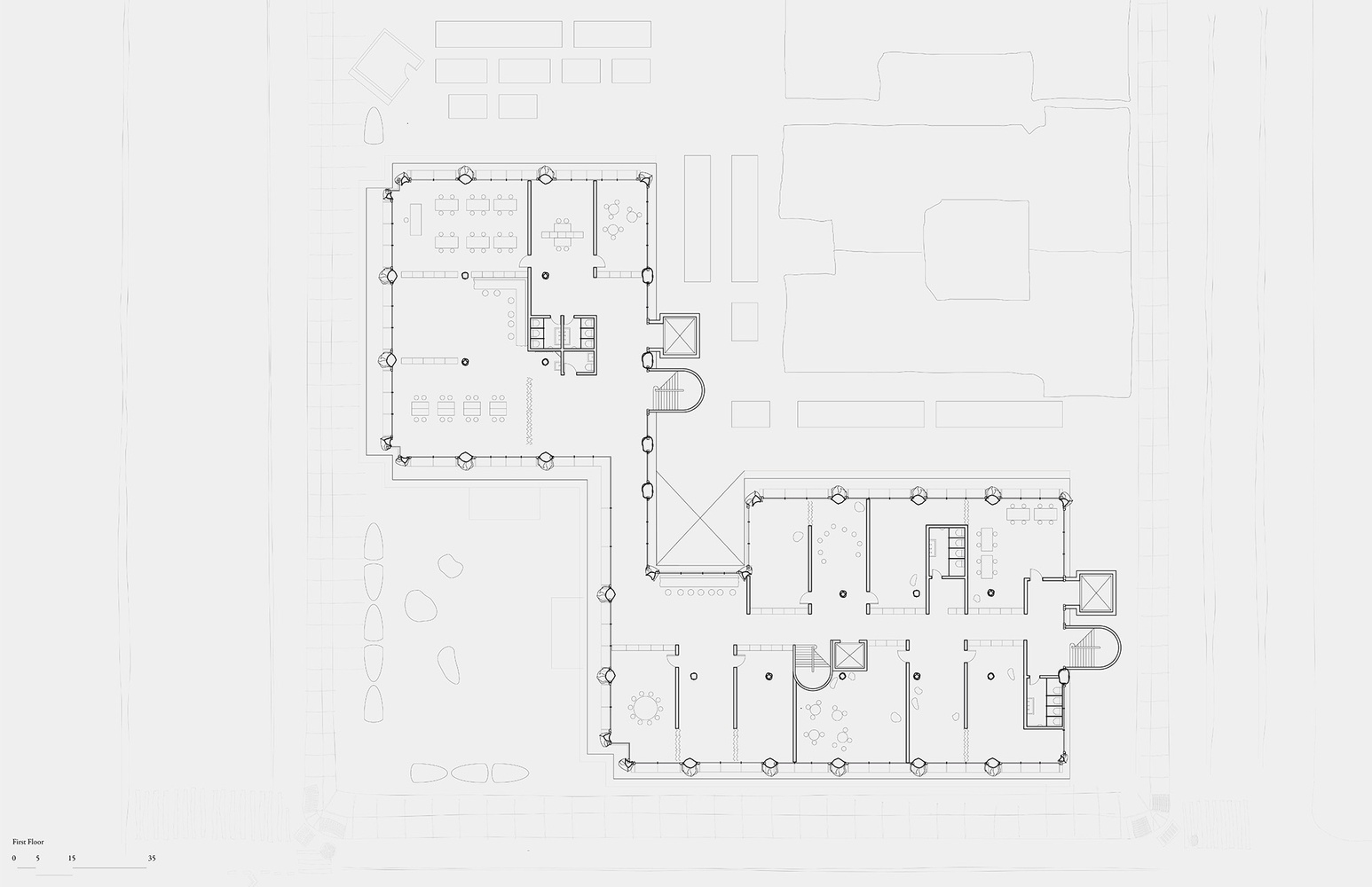 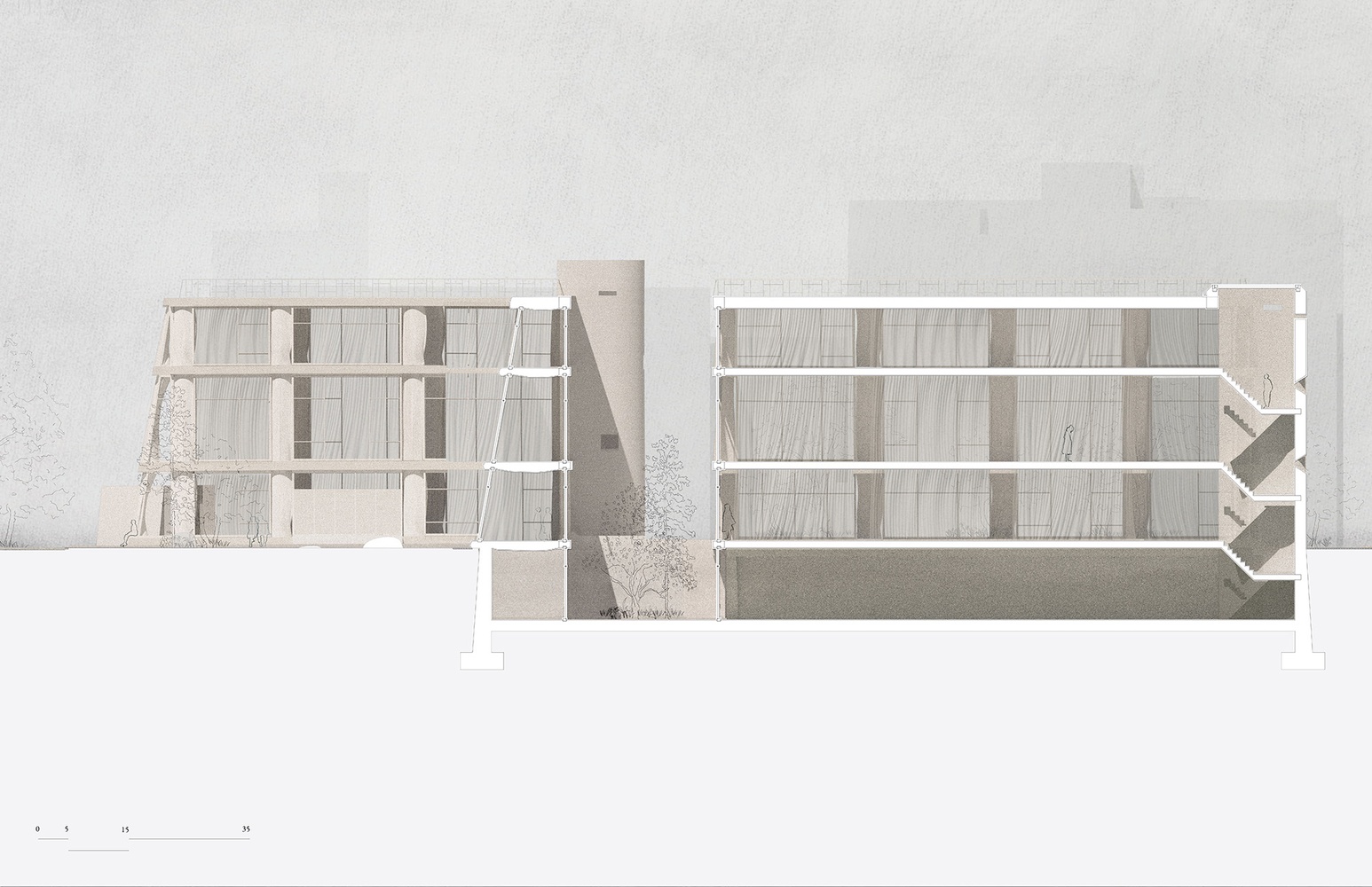 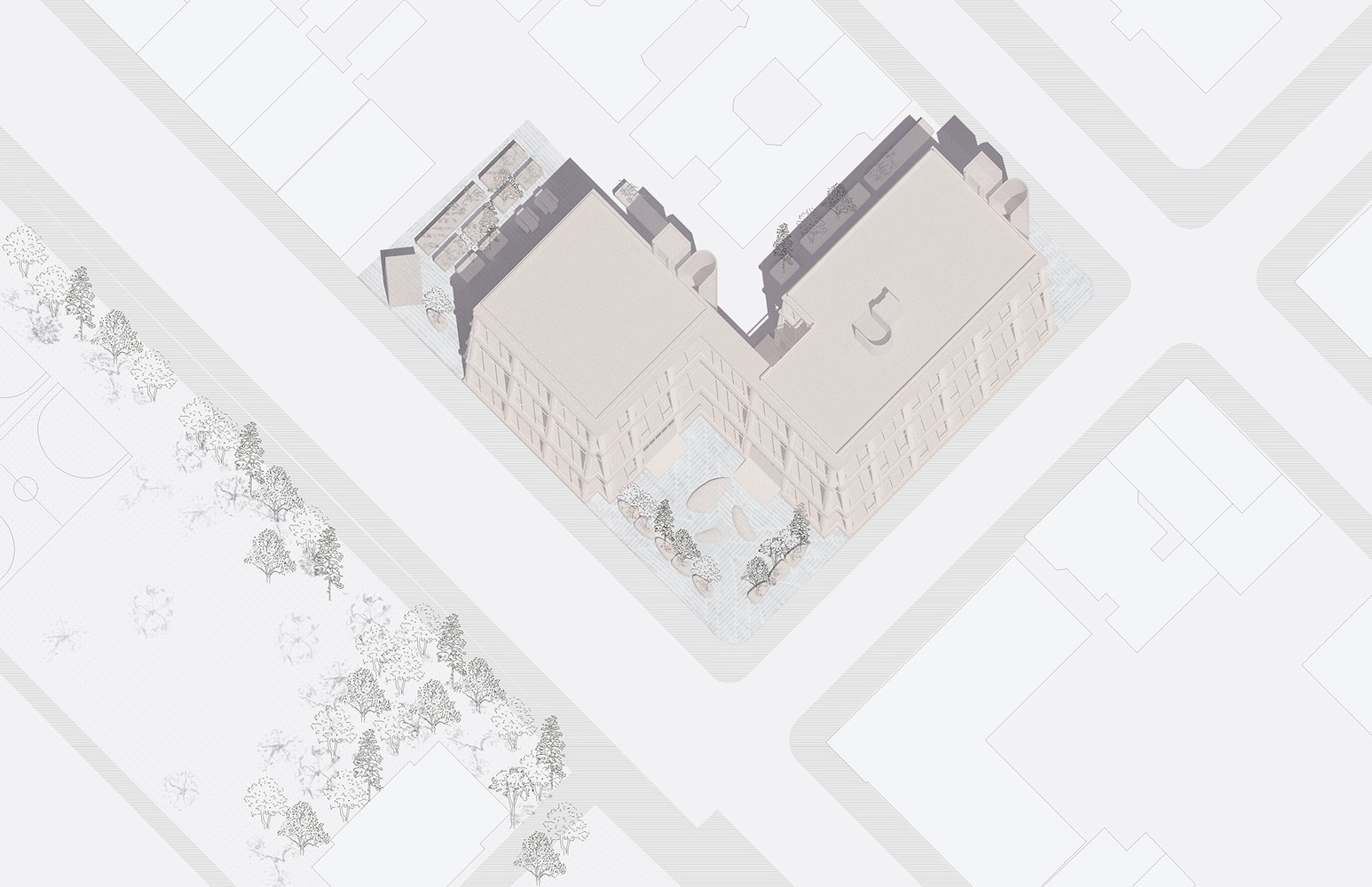