This project is a mixed-use complex that reconsiders the possibility of reusing a common but soon-to-be outdated typology, the warehouse, while preserving the original facade and structural grid.

Considering that a lot of the creative production process is put behind walls with no apertures and rendered unseen, the design of this warehouse exposes some of the process and grounds it to the Bushwick context with the aid of different media professionals.

Based on these two major factors in Bushwick, this project acts as a joint of sound and image production for local artists while also acting as a logistical extension of the railway.

The project thus strives to become a hybrid space where co-production can happen. The ground level is an open market that displays goods produced by local food factories and handicrafts made by local artists. These products can also be packaged and transported to the rest of NYC by reutilizing the abandoned railway. Independent sound and image artists will have a sun-soaked workspace. 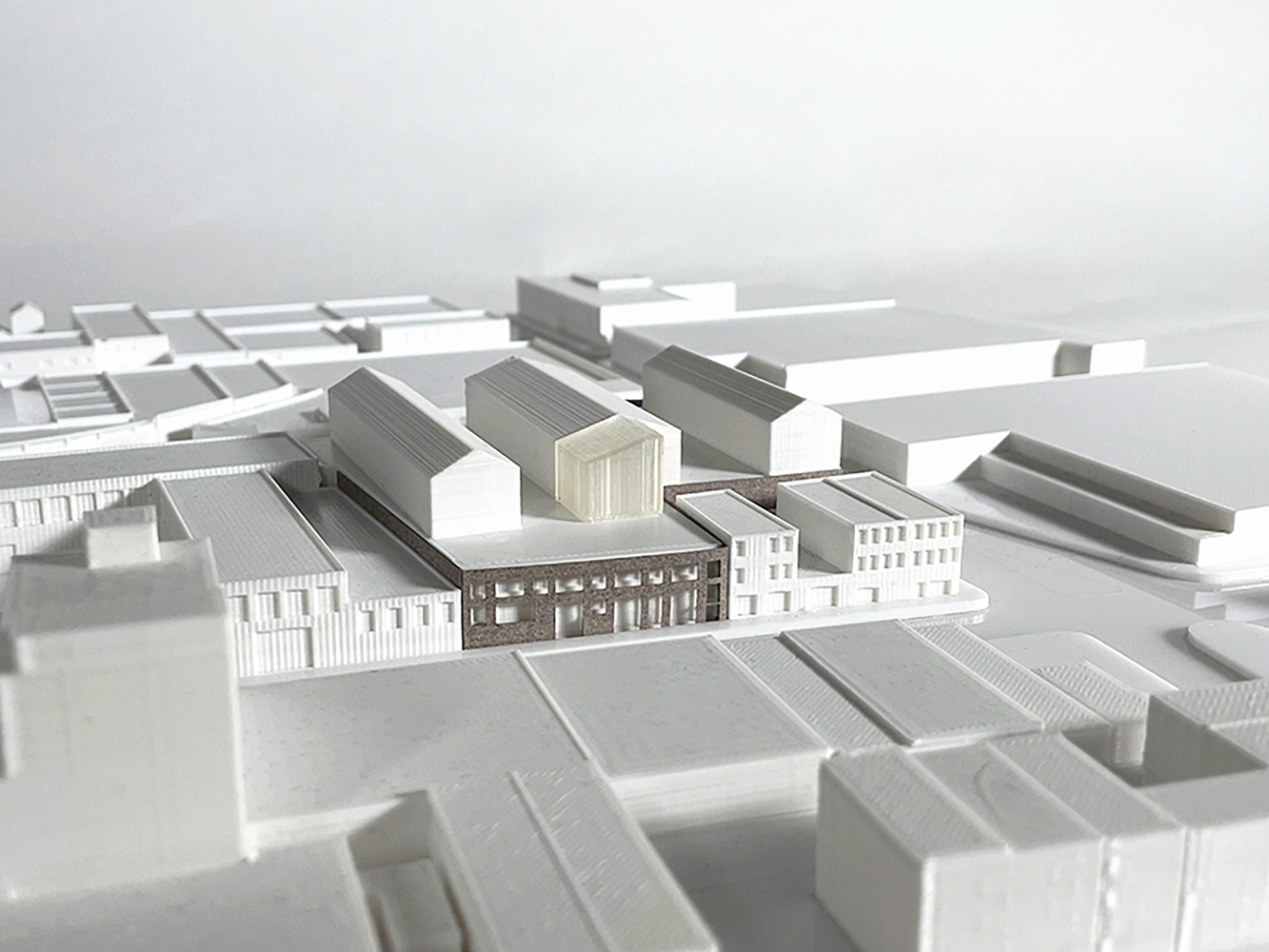 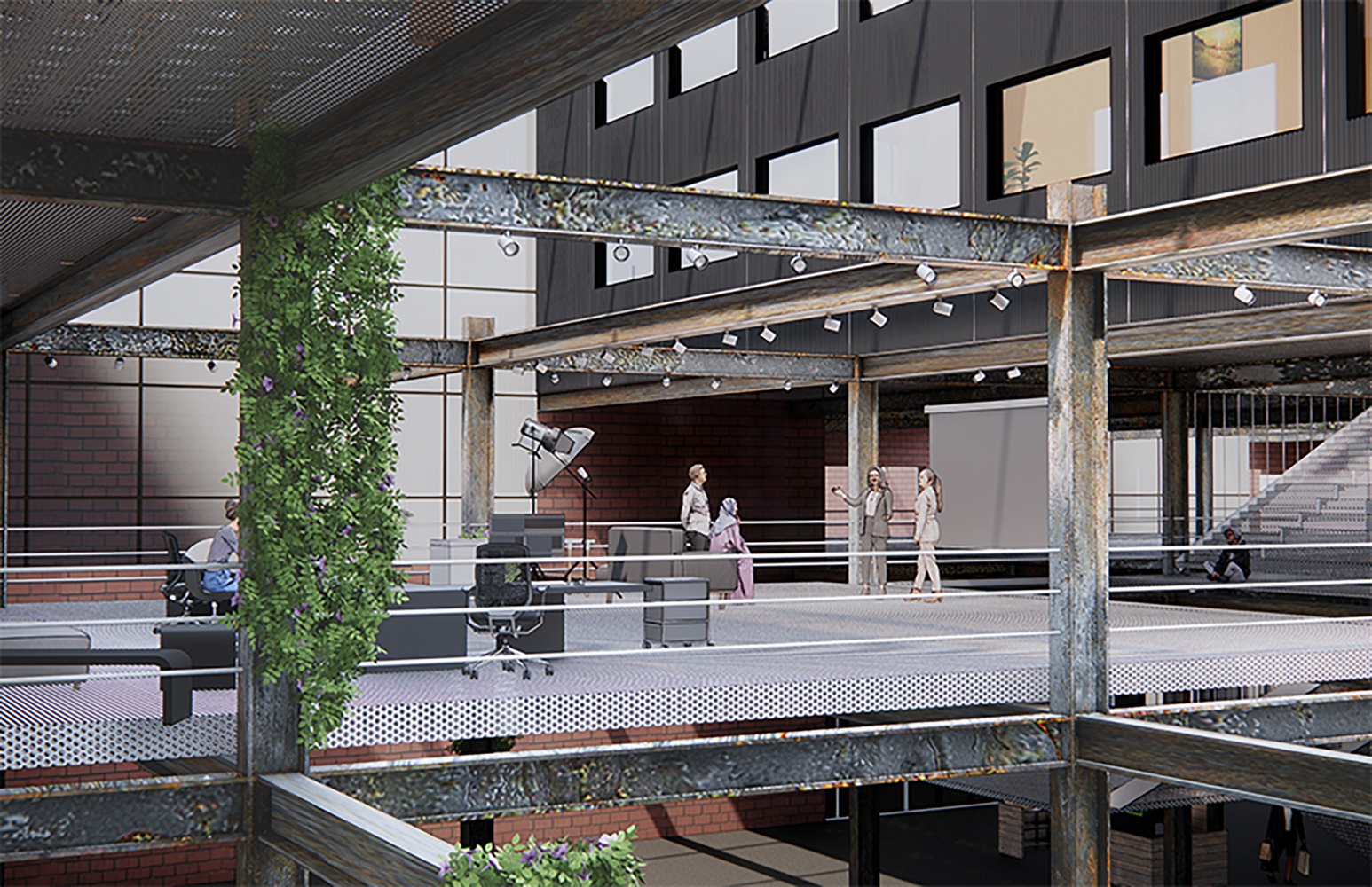 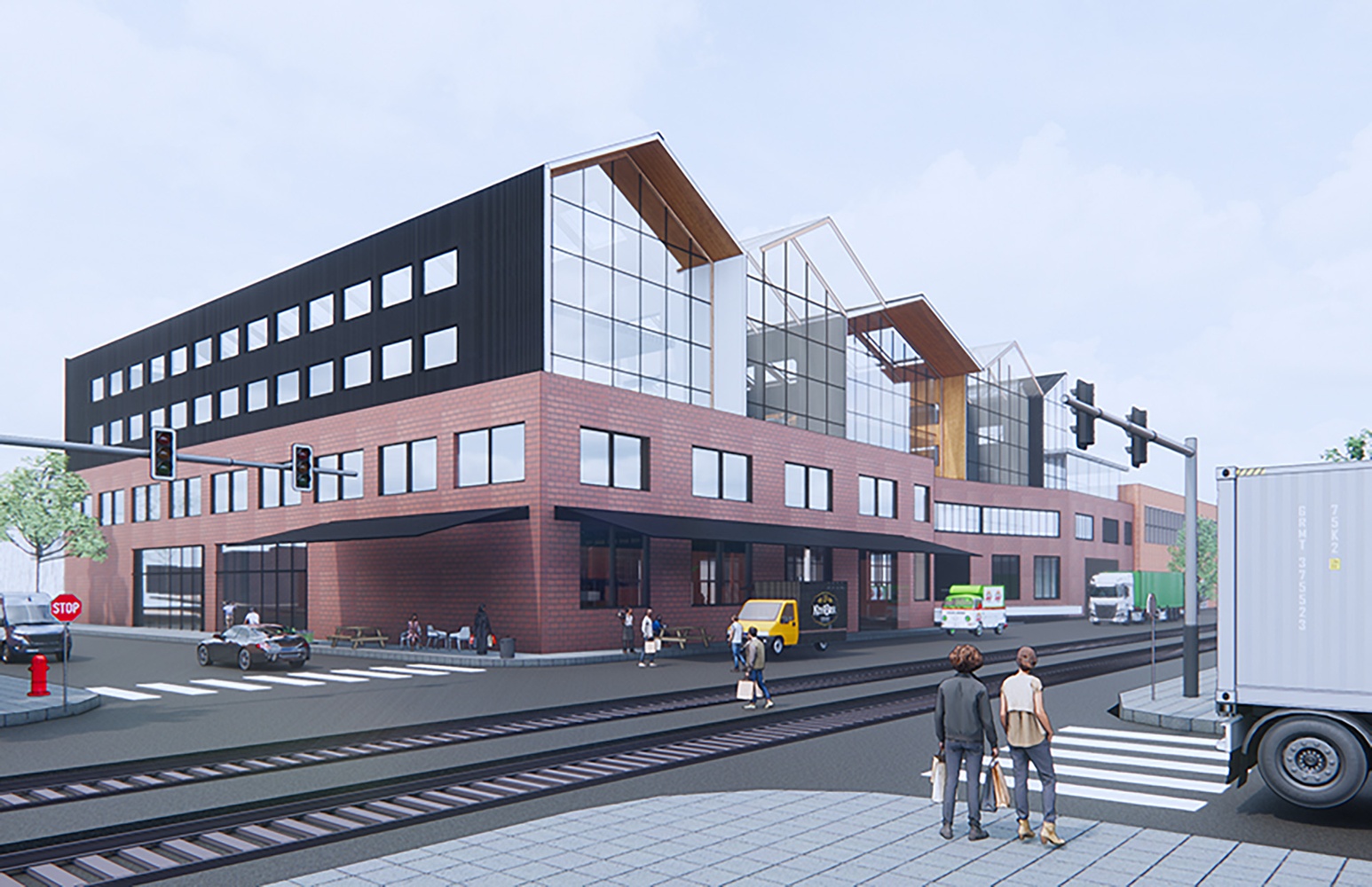 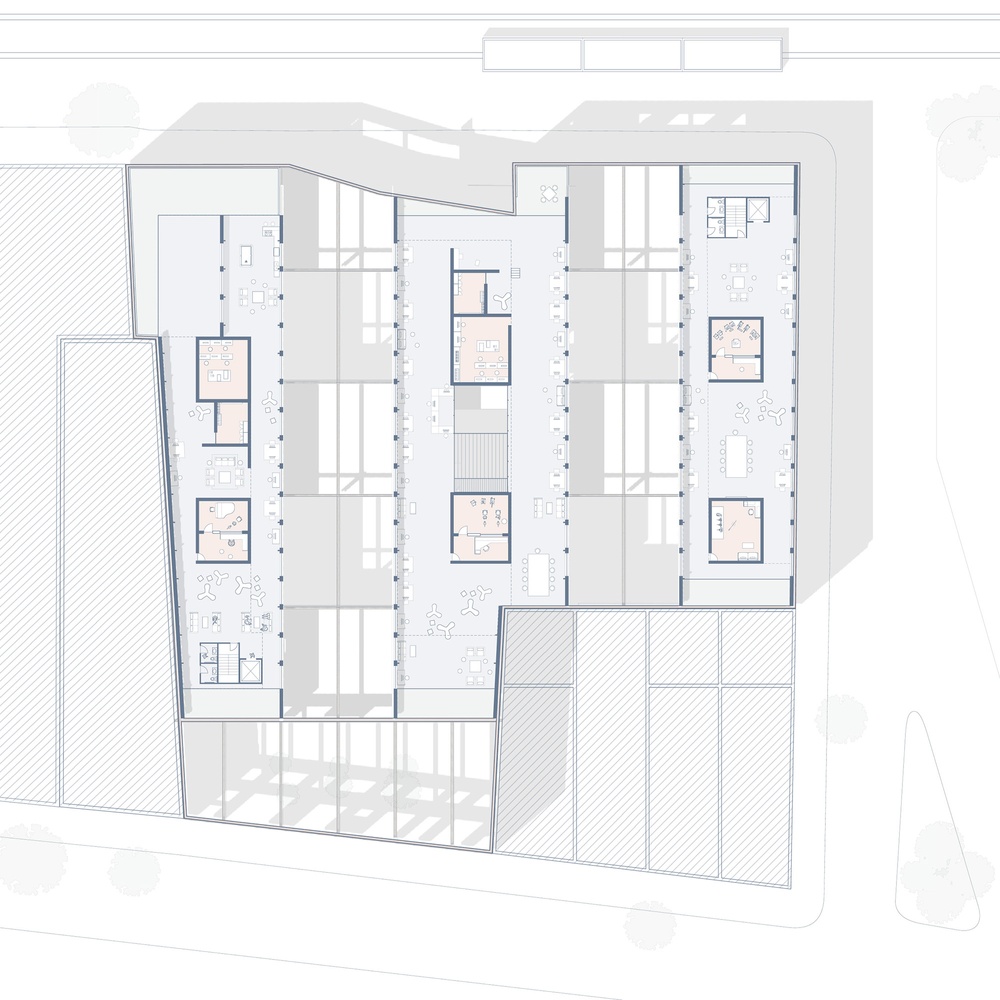 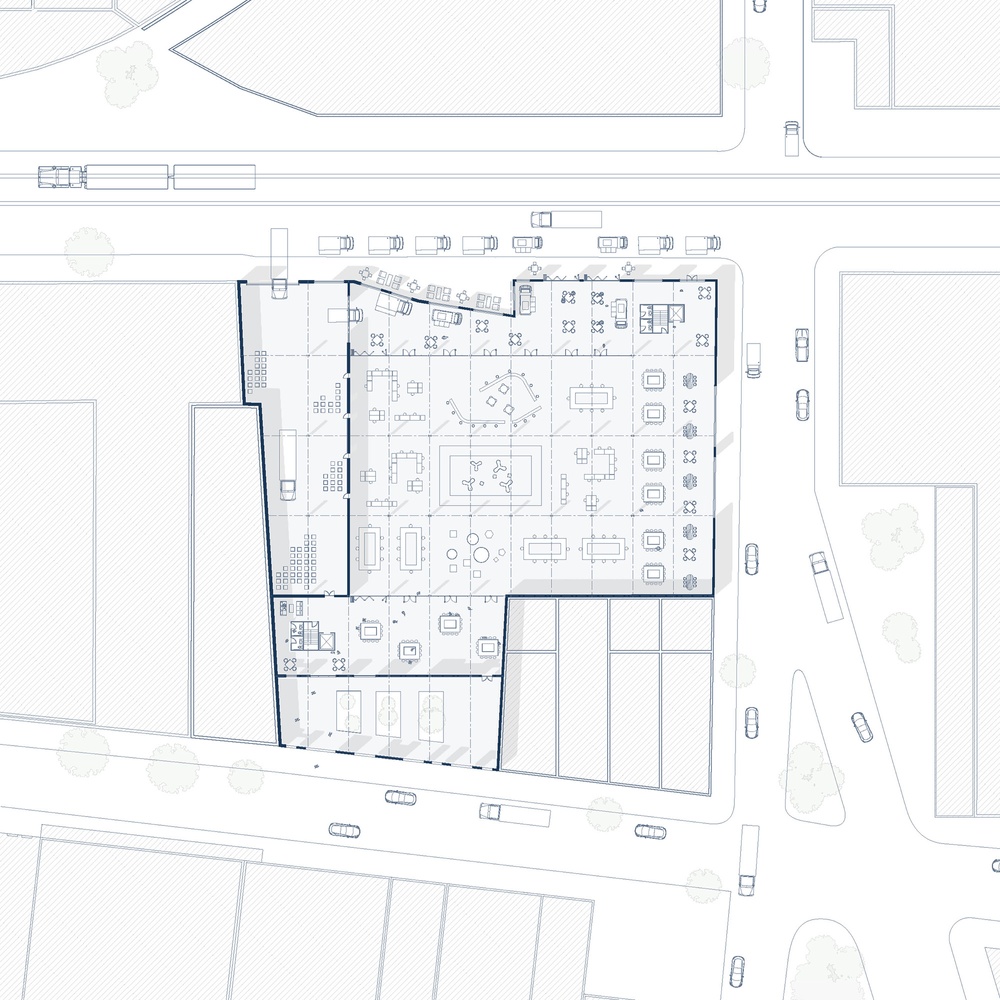 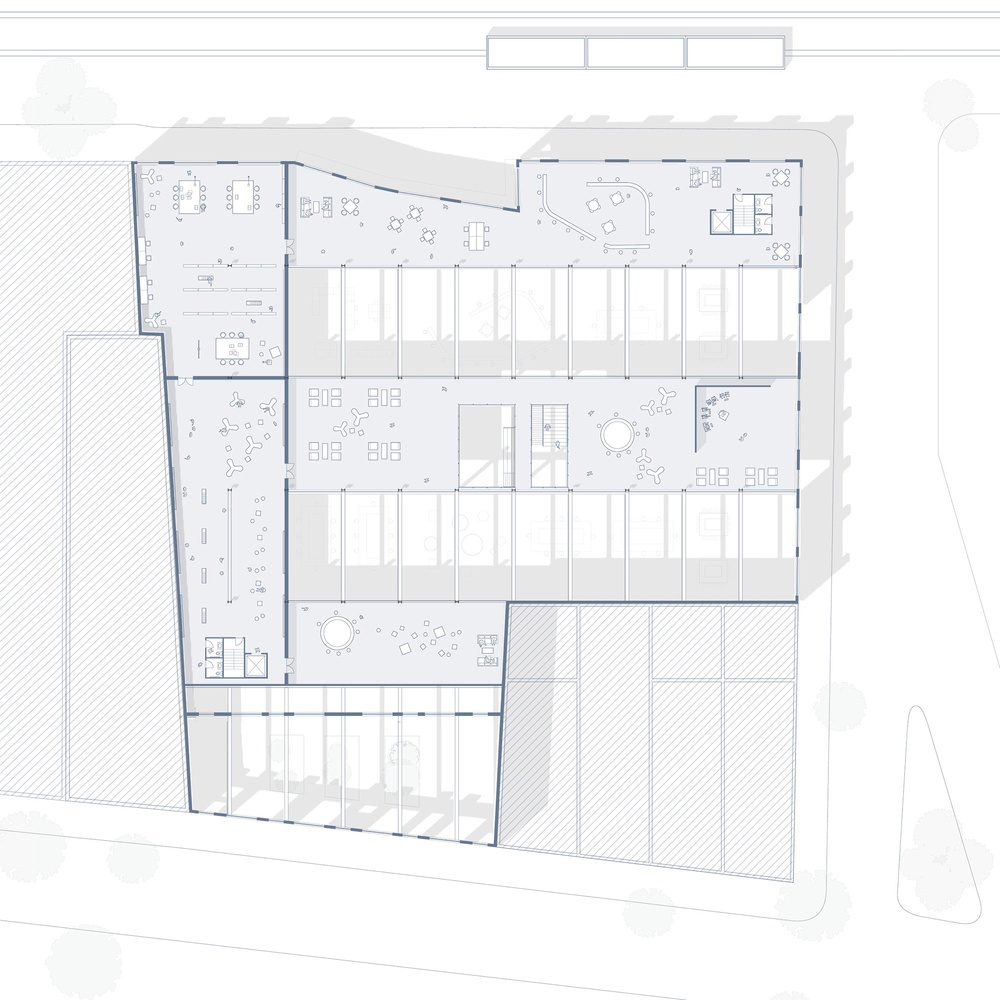 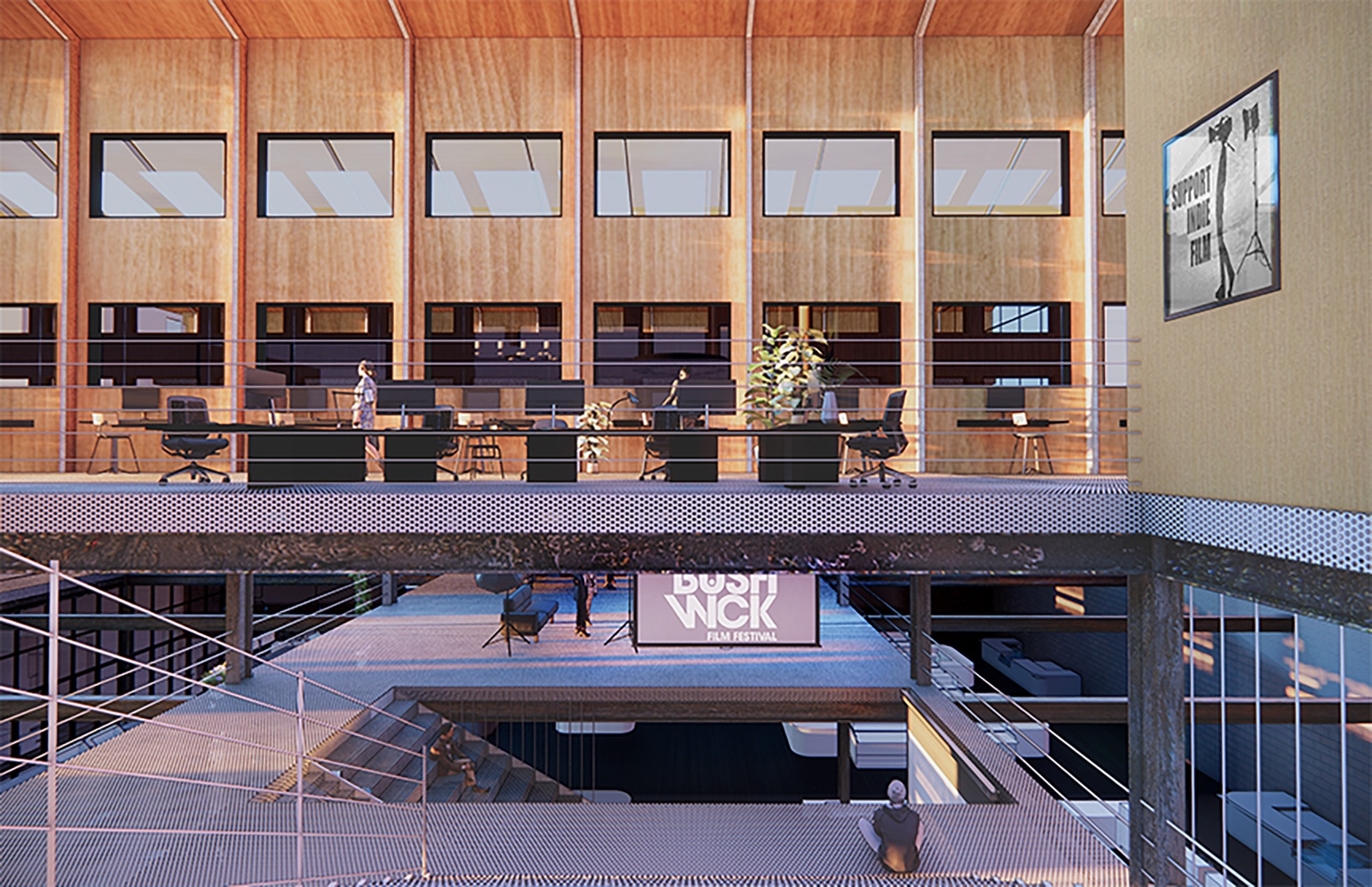 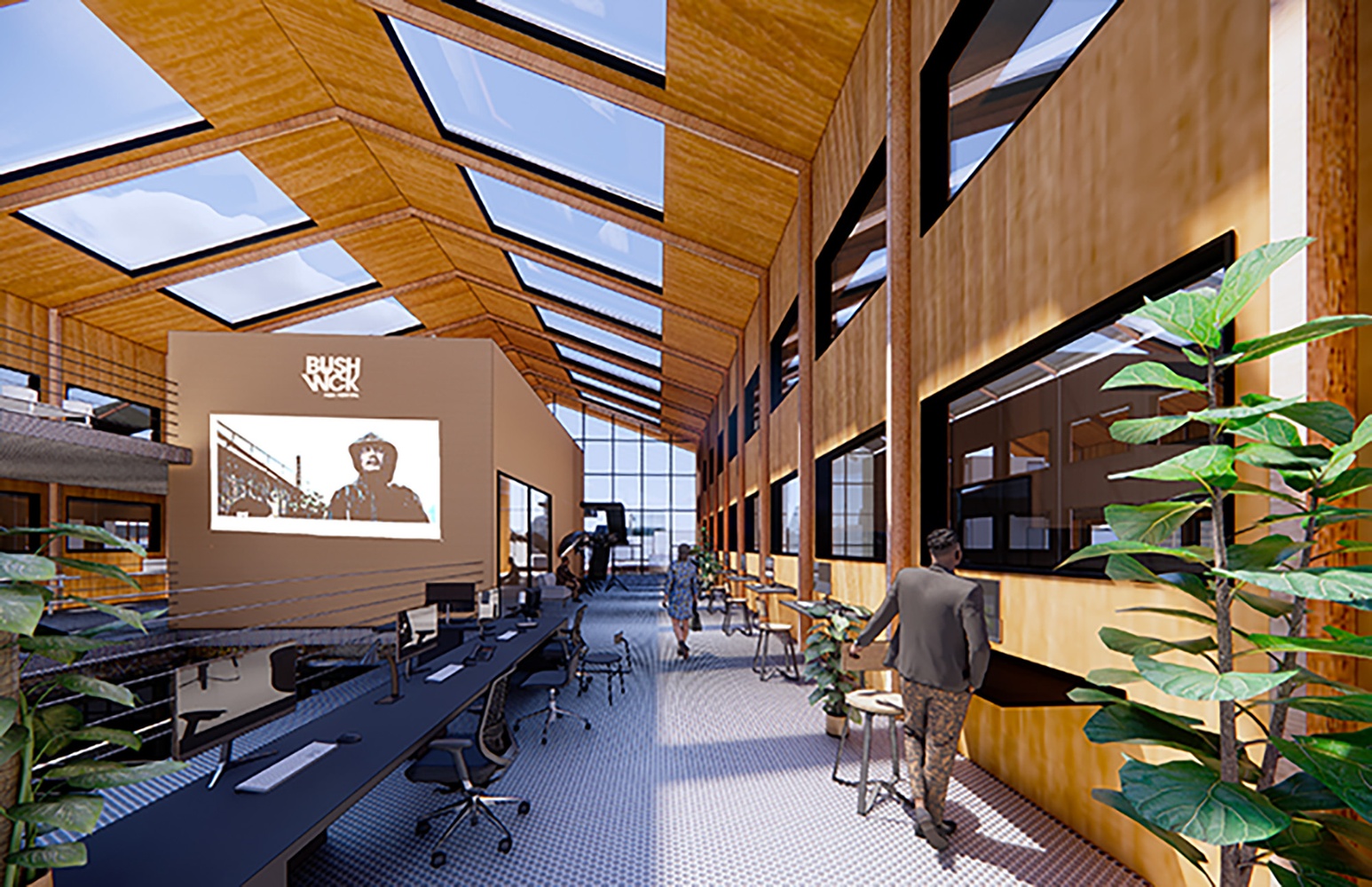 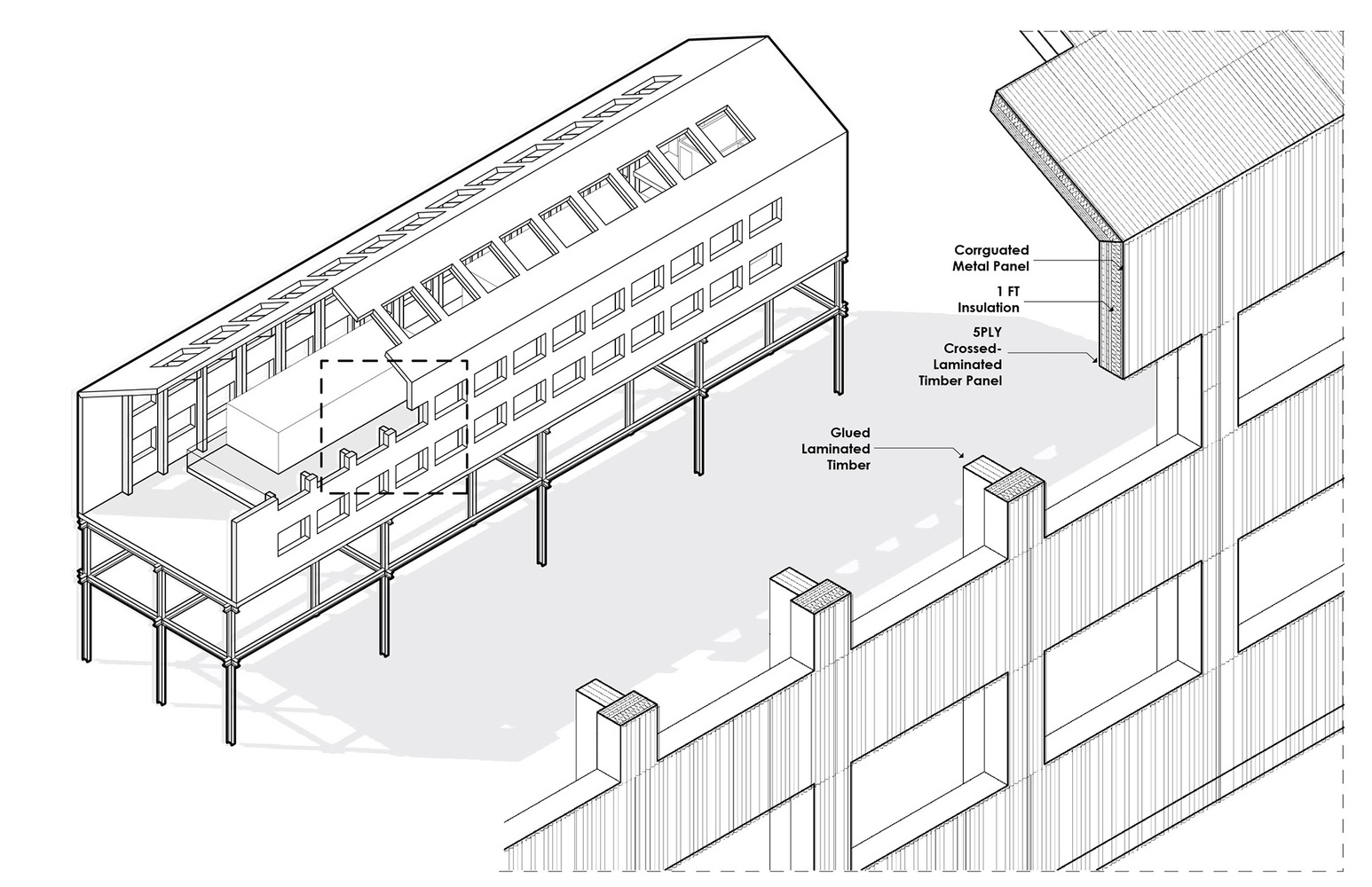 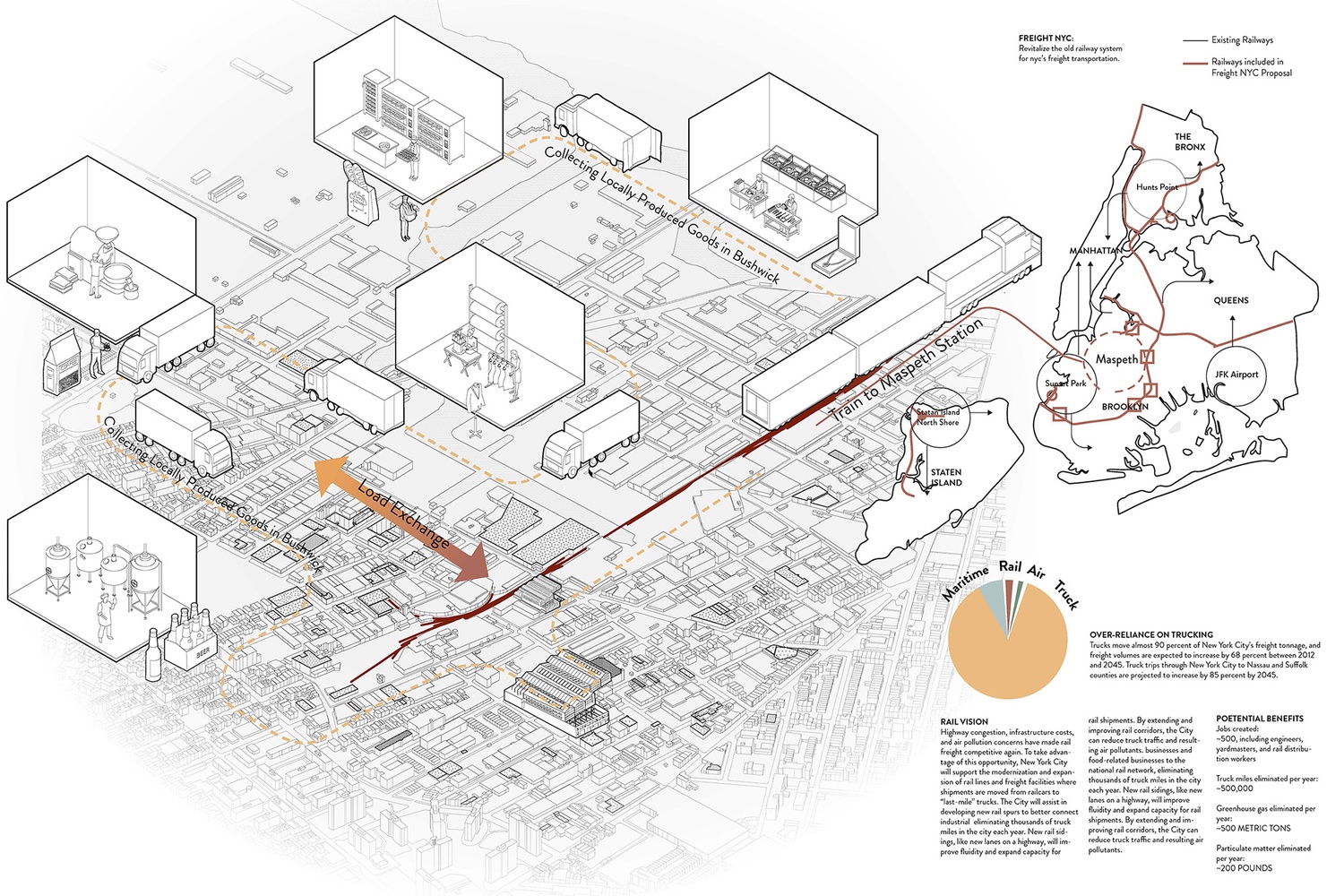 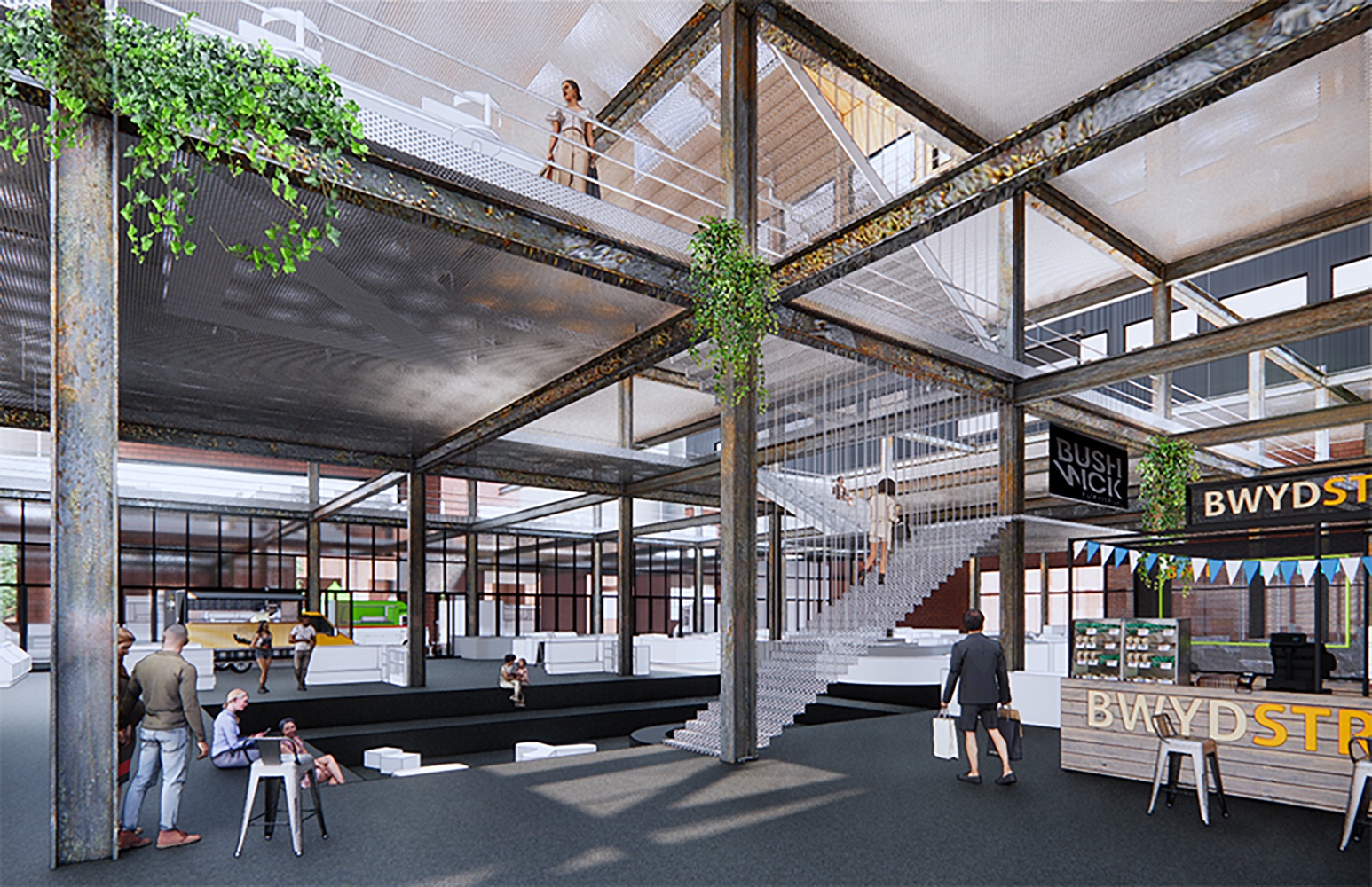 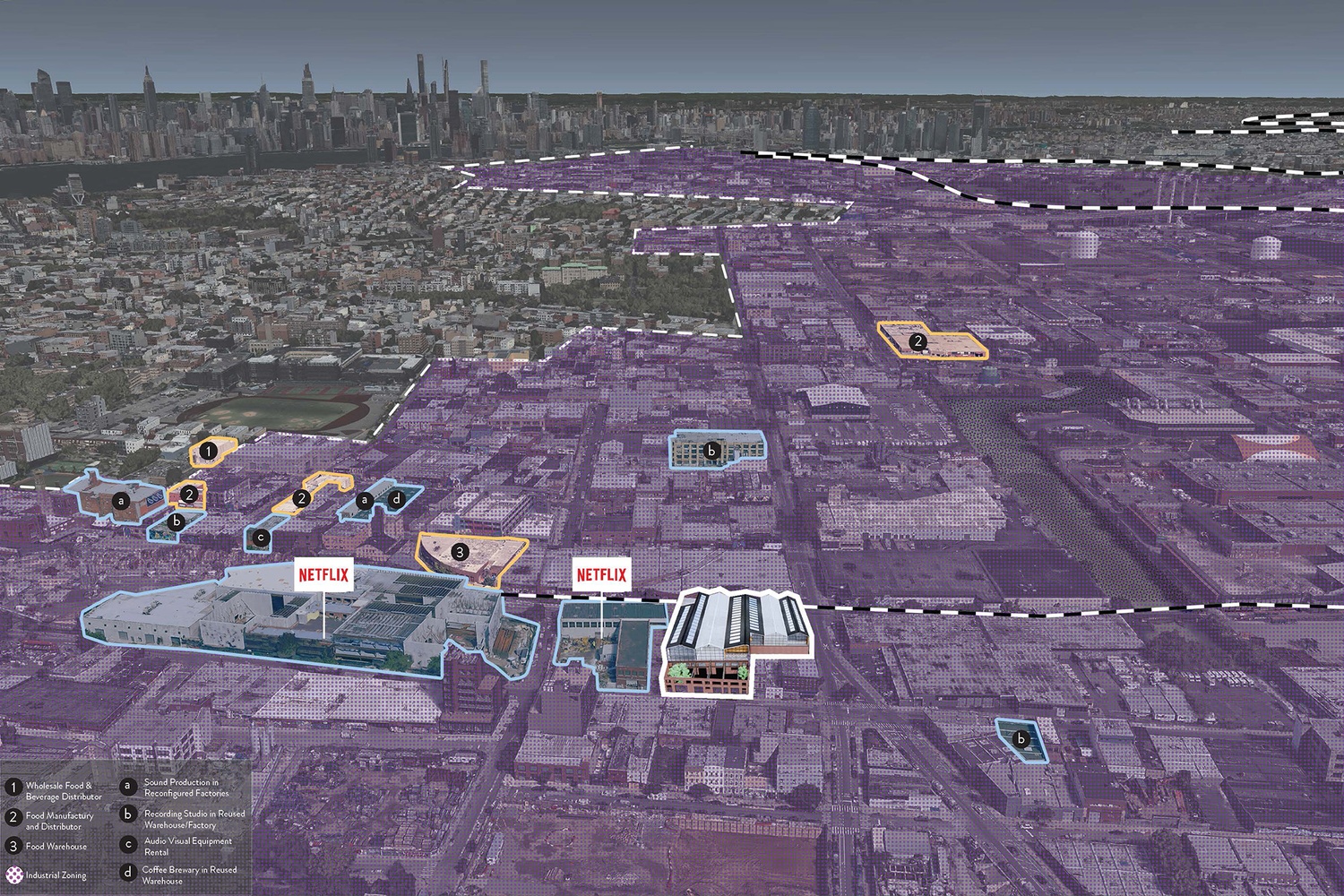