In 2011, the Durst Family made a gift to Columbia University, together with the donation of the Seymour B. Durst Old York Library to the Avery Architectural & Fine Arts Library. The gift supports programs in the Graduate School of Architecture, Planning and Preservation and in the Avery Library.

From the Durst gift, GSAPP established the Durst Family Fund for Research, to support a series of annual projects at GSAPP that link aspects of the Old York image collection to an important question about the future of global cities.

An annual conference has been established in the Durst name. In 2012, GSAPP hosted a conference entitled Megaprojects. In 2013, the Durst conference Mind the Gap: Transit Lessons from New York and London tackled the question of how subway expansion has impacted real estate development in New York and London. The 2014 conference, “From Port to People: Reinventing Urban Waterfronts” considered the challenges of revitalization and development of global waterfront sites.

Selections from the Seymour B. Durst Old York Library 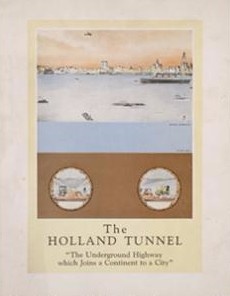 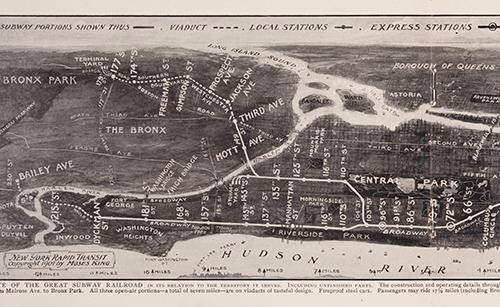 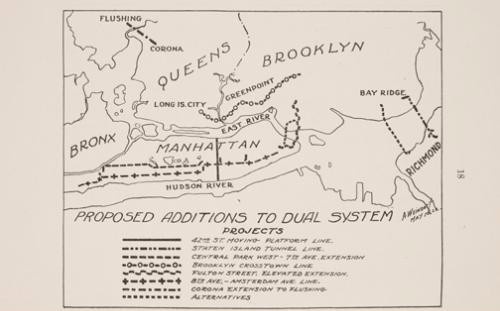 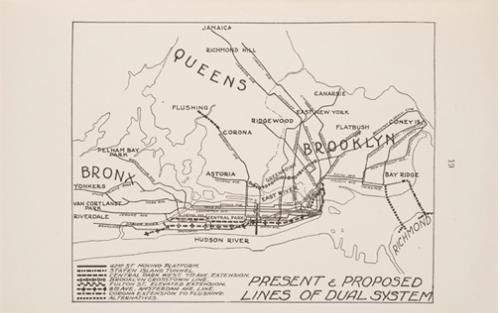 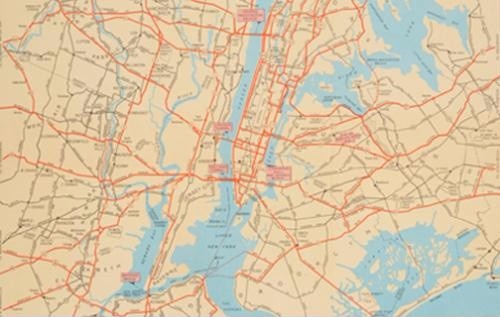 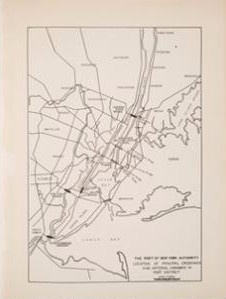 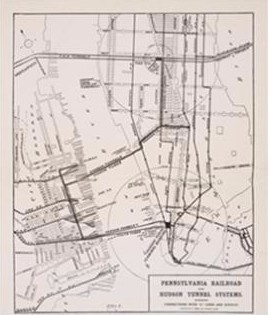 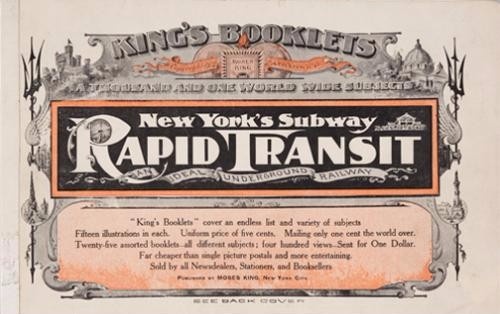 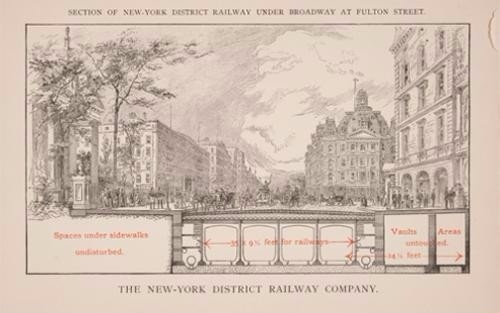 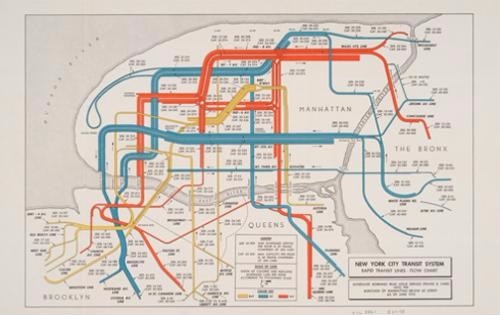 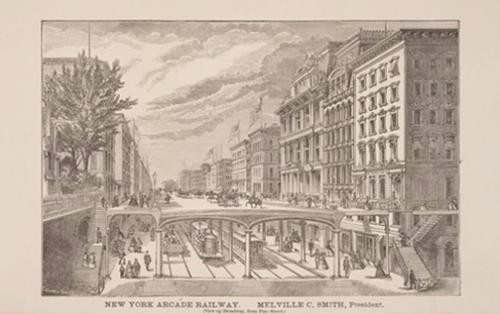 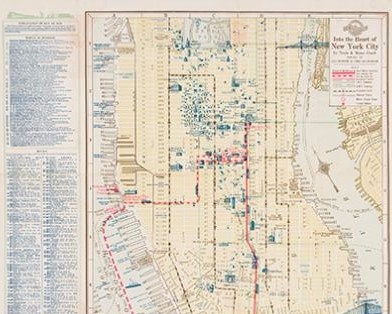 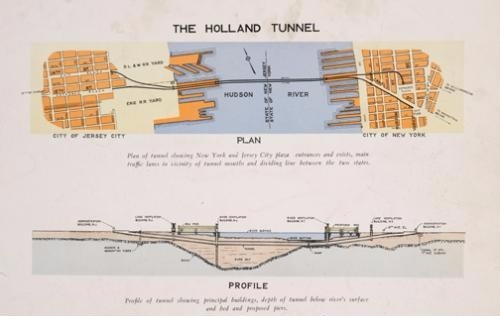 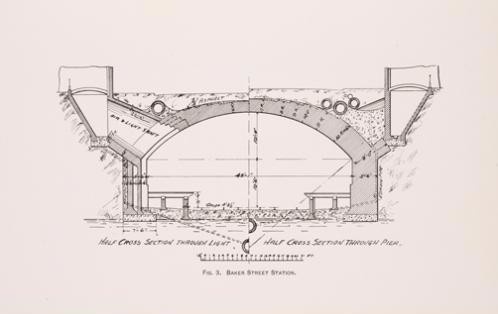 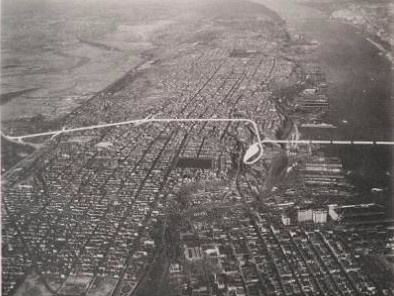 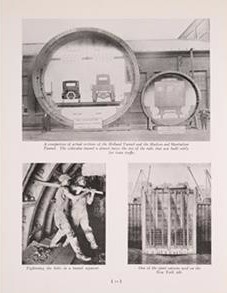 Seymour B. Durst loved New York. While dedicating his professional life to commercial and residential real estate development, he had a personal lifelong passion for collecting published and archival materials on New York and its history, discovered through architectural, cultural heritage and urban planning perspectives. By the time of his death in 1995, his “Old York Library” collection had taken over virtually his entire five-story townhouse. The collection is comprised of books, historic photographs and postcards, maps, pamphlets, newspapers, ephemera, and New York City memorabilia.

The collection provides a basis for research in all aspects of urban planning, reflecting Seymour Durst’s interests in transportation systems, waterways, the urban grid, and parklands. He was particularly interested in the city at the human scale—as habitable space. Collection themes such as social history and services, government, theater, arts and architectural development are also apparent in the collection. His founding principles (sustainability, innovation, integrity, and community) continue to guide The Durst Organization leadership in environmentally responsible building practices and inform the company’s long-term approach to development.

The Seymour B. Durst Old York Library is now part of the renowned collections of the Avery Architectural & Fine Arts Library. With generous support from the Durst Organization, Avery is engaged in a multi-year cataloging and digitization project that will make the Old York Library collection available online. The project honors Seymour Durst’s important tradition of collection-building and when accomplished, will facilitate active use of the collection in curricular and research activities, as well as provide online access for public audiences interested in New York’s history, urban planning, and real estate development.

Details
From Port to People: Reinventing Urban Waterfronts (Opening Remarks)
Up next

From Port to People: Reinventing Urban Waterfronts (Panel I)

For centuries, ports and harbors have played a seminal role in the development of commerce and cities. They evolved as a means of defense and of transportation—for both goods and people. Waterfronts were intense zones of use, dominated by piers, warehouses, markets and manufacturing workshops. Industrialization and increases in trade only reinforced the significance of water access, and harbors became an even more important asset of cities.

Over the course of the last half century, however, changes in shipping and trade have fundamentally reshaped the physical relationship between port areas and the cities that grew up around them. Advances in land transportation, new technologies for cargo handling, and the physical space required by containerization made many inner-city port facilities obsolete, drastically reducing the number of people whose livelihoods are made along the shore.

These changes have been felt by cities around the world, some as early as the 1960s and 1970s and some only more recently. Yet despite the disparity in time, the challenge has been the same: how to reclaim the waterfront for development, recreation or culture in a way that synthetically reconnects it to the city and the people it serves. Doing so is not a simple matter of physical planning; it often involves overcoming the combined challenges of contaminated lands, reluctant neighboring communities and environmental regulation that together circumscribe what can be built (or rebuilt) in or along the water.

The reactivation of redundant “working waterfront” lands occurred first in industrially advanced countries in Europe and the US. Containerization left central city dockyards and piers silent, and the second half of the twentieth century saw ambitious—and not always successful—efforts to repurpose them. Today, similar changes are taking place in rapidly industrializing and growing cities in Eastern Europe, Asia, and South America. The different stages and nature of such transformation processes will be the subject of the one-day symposium From Port to People: Reinventing Urban Waterfronts, which will consider the experience of waterfront redevelopment in four cities: New York, Rio de Janeiro, Istanbul, and Mumbai.

As early as the 1970s, New York spearheaded waterfront redevelopment, revitalizing parts of lower Manhattan through development projects such as Battery Park City and the South Street Seaport. Since then, other parts of New York’s formerly working waterfront have been rezoned from non-residential uses to mixed-use, and redevelopment is taking place at a fast pace. Rio de Janeiro, spurred in part by the World Cup in 2014 and the Olympics in 2016, is moving ahead with a wildly ambitious plan to redevelop a major segment of its urban port zone—including the construction of underground roadways, new rail lines and significant new commercial development. Istanbul is likewise moving forward on significant waterfront projects, including the recent privatization of one of its former commercial ports as part of an effort to create a new district for tourism. In contrast, Mumbai’s working waterfront has long been overlooked as part of the city’s development plans—though the opening of a new highway along the eastern side of the city has focused attention on the potential of the city’s eastern waterfront.

The symposium will consider these realized, ongoing, and planned waterfront revitalization projects, investigating the challenges and opportunities that waterfront development presents for planners, developers and cities. Focusing on governance, finance, transportation planning, and urban design, panelists will explore what these waterfront cities can learn from each other in an effort to identify solutions and ideas that can help ease the exciting transition along the waterfront “from port to people.”

Mind the Gap: Transit Lessons from New York and London - Panel 1
Up next

MIND THE GAP: TRANSIT LESSONS FROM NEW YORK AND LONDON

Historically, transport investment has typically followed market demand. This was certainly the pattern in New York, where rail and then subway connections followed the growth of the city northward and eastward from its origins in lower Manhattan. Yet this pattern of transit investment responding to demand is no longer the case universally. In many places, the historic relationship between transport investment and urban growth is being redefined—with investment in transportation leading the development or redevelopment of forgotten backwaters of the city. In some places, new forms of urban transit are bringing residents back to once-declining city centers or to previously industrial areas along waterfronts; in others, transit extensions are stimulating growth in previously inaccessible neighborhoods.

Perhaps no major city in the world today has invested more heavily in transit-based development strategies than London. Since the 1980s, London and the UK have embraced numerous ambitious projects—ranging from the Jubilee Line Extension to the London Overground rehabilitation to the ambitious Crossrail undertaking—that have and are continuing to redefine the areas, and the property markets, in which they are set. Indeed the tie between the two is so strong that the uplift in value resulting from these transit investments is now a key ingredient in their funding.

New York, in contrast, has not seen similar systemic expansion over these same 30 years. Transit investments here have been focused on responding to decades of underinvestment by ensuring a state of good repair and on providing new capacity or relief on heavily oversubscribed transit lines. Even these efforts have not always succeeded: some capacity-building projects, such as the 2nd Avenue Subway, remain uncompleted after decades of work; others, such as ARC, have been terminated abruptly. Just one development-related project, the 7 line extension into Hudson Yards, has reached fruition—and that only by resorting to wholly unconventional transit financing.

For two cities who are considered so similar in many ways, the difference in results are glaring. Why has one global city been able to move forward on so many location-based economic development initiatives while another has not? What has led to London’s success in using transit to regenerate huge swathes of the city? How have projects there been financed? What role have public and private actors played over time in their success? How does New York learn from London’s experience? What changes to existing governance or laws might encourage or allow future projects to succeed in New York?

Organized by the Center for Urban Real Estate (CURE.) in partnership with the Centre for London, LSE Cities, and the Regional Plan Association

The McGraw Hill Companies Conference Center 1221 Avenue of the Americas
FRIDAY, MAY 11, 2012

In this full-day program, explore the ways in which real estate megaprojects are transforming the world’s global capitals. Advance your understanding of the impact these projects have upon property values, transportation, economic development and urban livability by contrasting these projects with smaller, street-grid defined development projects occurring in these cities.

The program includes an intensive review of a number of major projects in Manhattan, as well as select projects in London. In New York, the World Trade Center, Battery Park City and Hudson Yards will be examined. In London, the focus will be on East London and the Docklands, where a combination of Canary Wharf and the Olympics have breathed new life into a part of the city all but forgotten. These will be contrasted with successful grid-based urban redevelopment programs, including that of Times Square in Manhattan.