John Louis Wilson, Jr. was born in Mississippi and, after attending Dillard University in New Orleans, he graduated from Columbia University with a degree in Architecture in 1928. He became a licensed architect in 1930.

In 1934, Wilson was selected to design the Harlem River Houses, a residential project on Manhattan’s west side stretching from 151st to 153rd Street, and the first federally financed housing project in the United States. This project set a new standard for affordable housing design and was defined by its low-rise buildings, community spaces, as well as open gardens, all in a commitment to create humane architecture. Wilson continued to work for the New York City Parks Department as an architect through 1960 while maintaining a private practice. His work also included the Mount Morris Park Senior Citizens Housing Project as well as the Throgs Neck Public Library, among many others.

In the 1950s, Wilson helped to co-found the Council for Advancement of Negroes in Architecture, and later served as its president, before it merged with the American Institute of Architects. From 1967 to 1970, Mr. Wilson was chairman of the AIA’s Equal Opportunities Committee and raised money for a scholarship fund to help minority group members study architecture. In 1977, Wilson was named a Fellow of the AIA and was later awarded the Whitney M. Young, Jr. Citation in 1984.

A tribute sponsored by the New York Coalition of Black Architects – known today as nycoba NOMA—celebrated Wilson’s work and contributions to architecture in 1980, including an exhibition at Columbia GSAPP.

Today, the Harlem River Houses serve as a precedent for innovative housing design for students and faculty across Columbia GSAPP’s programs. Professor Hilary Sample, IDC Professor of Housing Design and Sequence Director of the Core Architecture Studios at GSAPP, explains, “The Harlem River Houses are an important reference as the project is the first public housing residential building for African Americans, when the U.S. was segregated. It provides amenities, daycare, and park space visible from kitchens. It was built in proximity to the Paul L. Dunbar apartments, a significant garden apartment complex designed to support Black Americans which notably housed a doctor’s office, stores, and the Dunbar National Bank. Both projects were built within the redlined neighborhood of Harlem. The Harlem River Houses are part of the Master of Architecture program’s Core III Housing Studio sequence for a multitude of reasons—students examine the building and ground plans, and visit the site. The complex serves as a model of garden apartments—living around gardens—and as a reminder of the urgent need for housing in New York City for the remarkable and historically Black community.“ 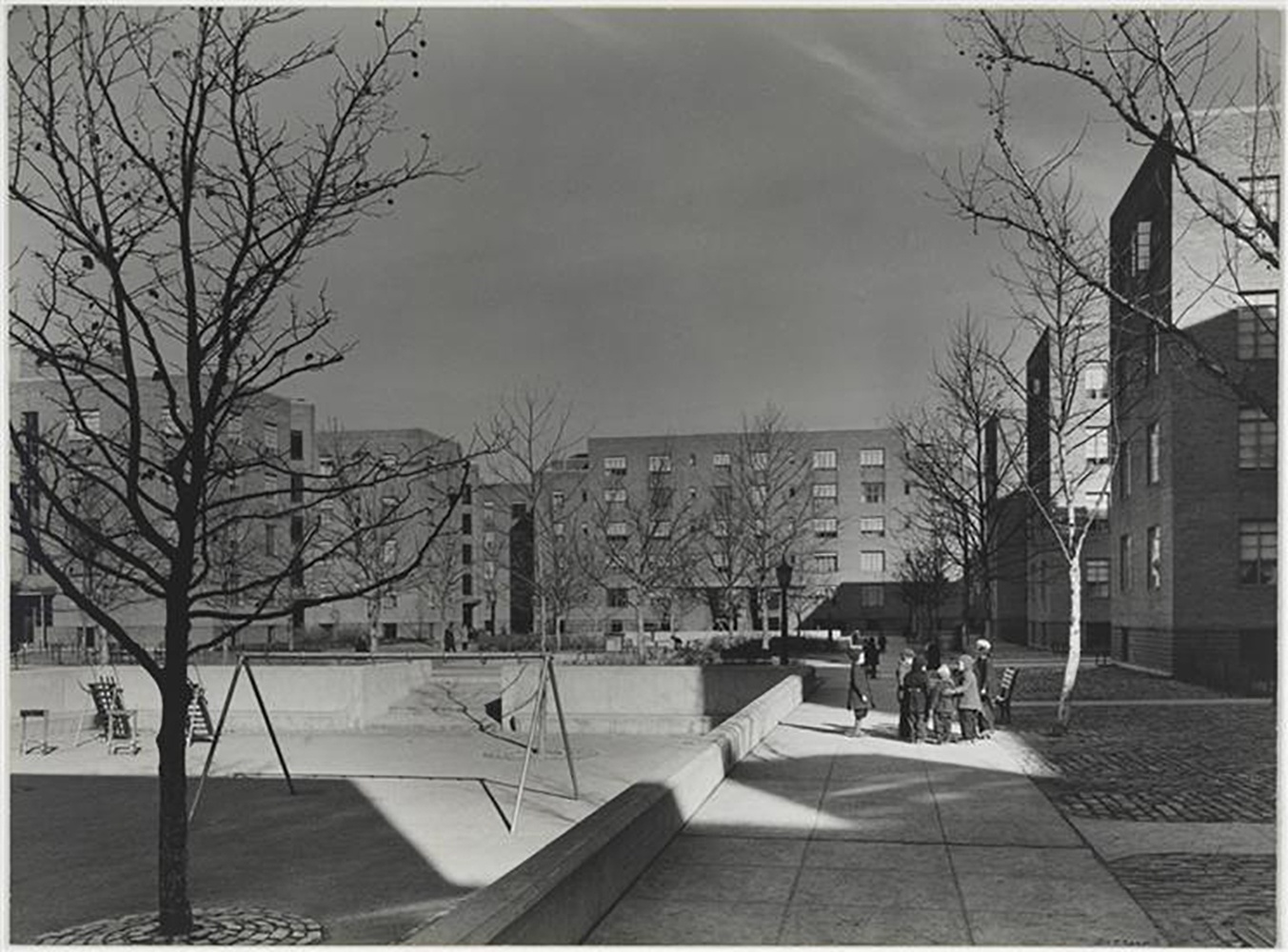 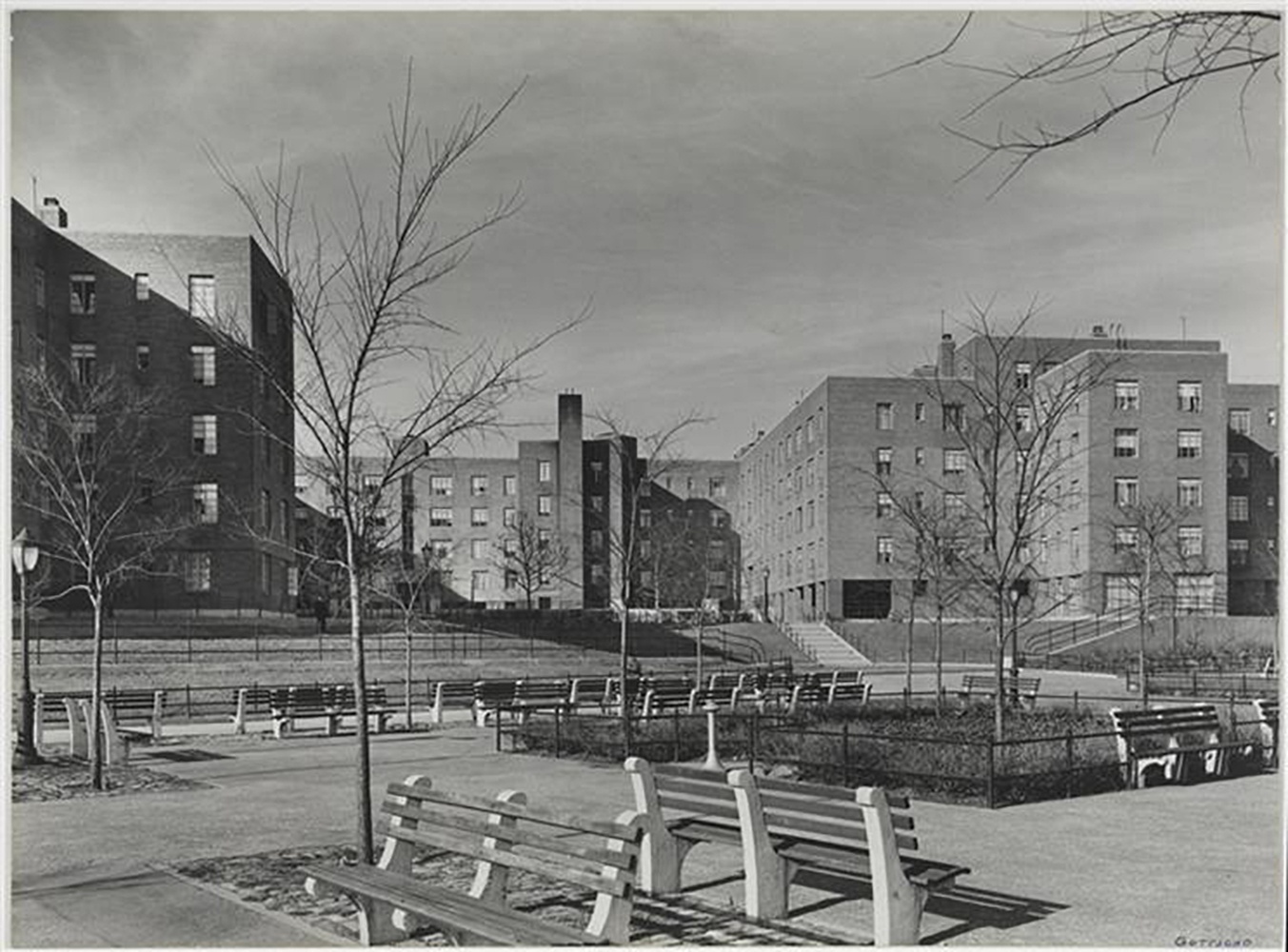 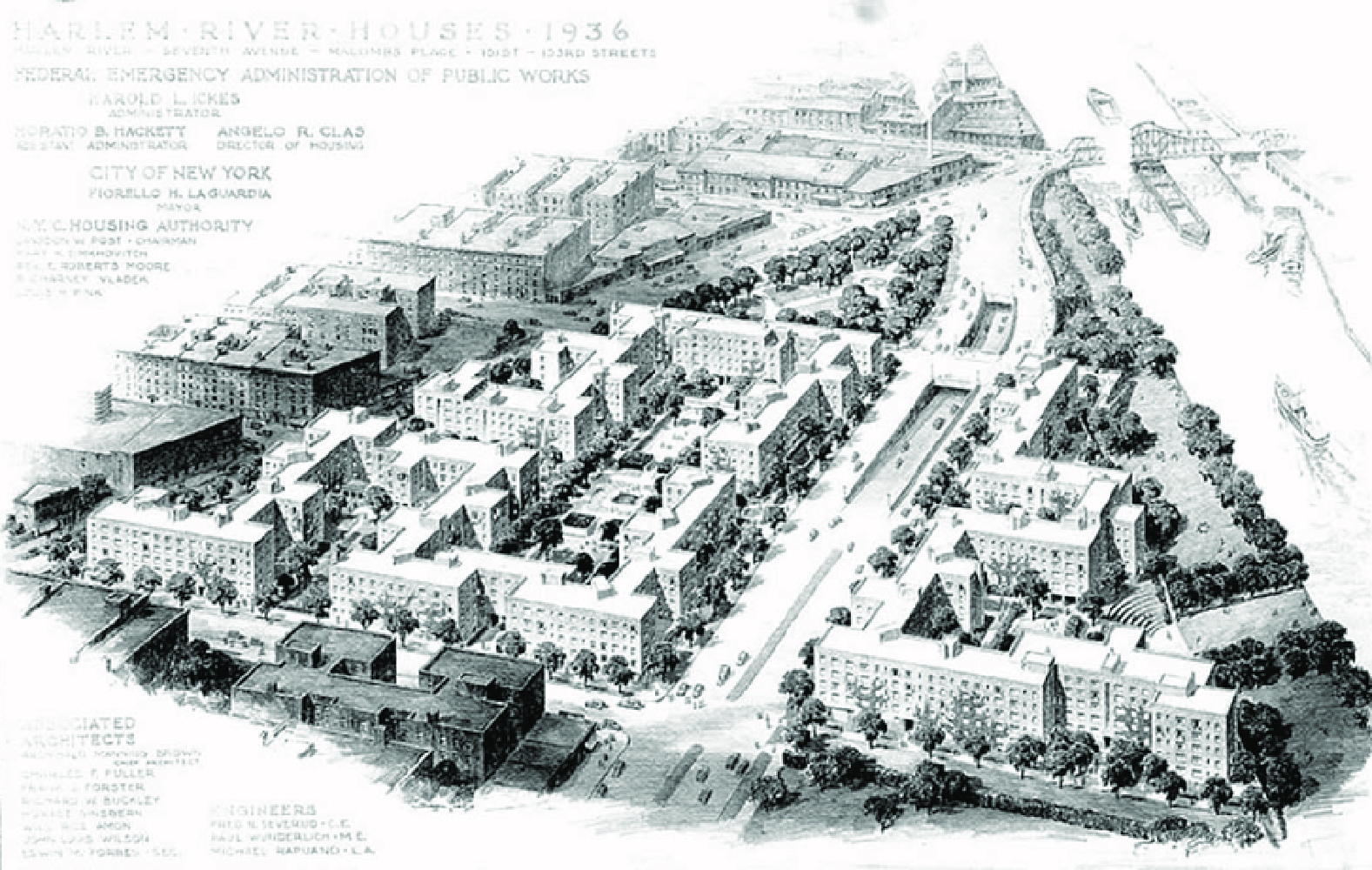