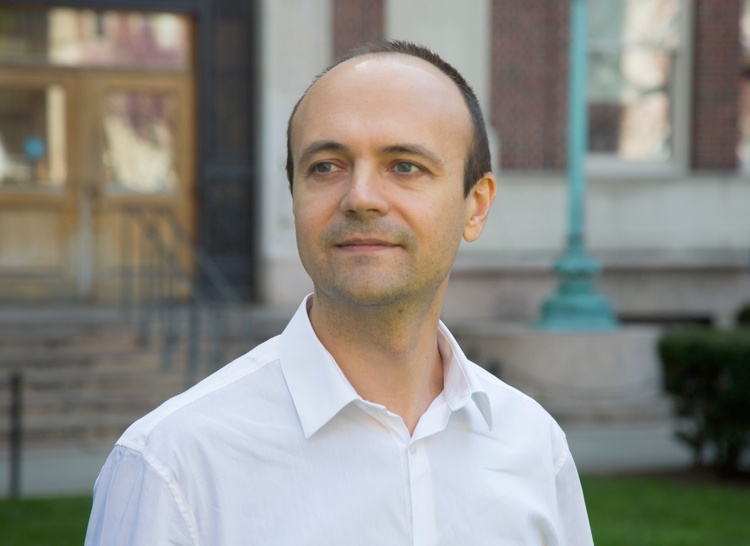 Dean Amale Andraos of the Columbia University Graduate School of Architecture, Planning and Preservation (GSAPP) has appointed professor Jorge Otero-Pailos as the new Director of the Master of Science in Historic Preservation Program effective July 1, 2016. As a scholar, architect, artist and leader of a new international movement of experimental preservation, Otero-Pailos is ideally suited to direct GSAPP’s innovative Historic Preservation Program, the first such graduate degree program in the United States. His books and essays, along with his founding and editorship of the journal Future Anterior, have elevated preservation’s scholarly rigor, building new interdisciplinary bridges while simultaneously strengthening preservation as an academic discipline. His internationally acclaimed projects have brought preservation to the center of the most pressing cultural and environmental debates of our time. Most notably, his “Ethics of Dust” series, which explores pollution’s effects on our material world and intellectual lives. Jorge Otero-Pailos began his teaching career in 1995 as a founding faculty of the new School of Architecture at the Polytechnic University of Puerto Rico, and joined GSAPP’s faculty in 2002.

Jorge Otero-Pailos succeeds Andrew Dolkart, who served as Director of Columbia GSAPP’s Historic Preservation program for eight years. Dolkart is widely admired by students and fellow faculty for his influential role in reimagining preservation practice. His deep knowledge of New York and advocacy of vernacular architecture nationally has added to preservation’s reach and inspired many to see their surrounding fabric in new and meaningful ways. Dolkart created a comprehensive curriculum, secured much-needed funding for students, and led the program to a position of great strength. He will continue to actively contribute to the school and share his deep expertise of preservation.

“At this moment, preservation faces many challenges in light of climate change, the divestment of governments from heritage, the war ravages to monuments, the ongoing challenges to preservation laws, and the digital impact on preservation technology,” said Dean Amale Andraos. “There is no preservation program with greater capacity to address these challenges than that at Columbia University. Its renowned faculty, innovative curriculum, international engagements, and location in New York City have earned the program a position of preeminence, which professor Otero-Pailos’s appointment will affirm and enhance.”