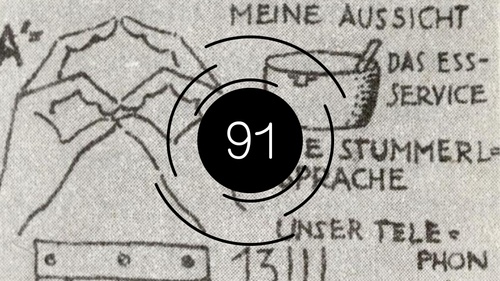 Memories of the Resistance: A Spatial Investigation

In episode #91, CCCP student Emmanuel Olunkwa speaks with architectural historian Sophie Hochhäusl. Hochhäusl is an Assistant Professor for Architectural History and Theory at the University of Pennsylvania. Her scholarly work centers on modern architecture and urban culture in Austria, Germany, and the United States, with a focus on the history of social movements, gender studies, and environmental history.

Today, Austrian architect Margarete Schütte-Lihotzky (1897-2000) has been widely recognized as one of the most significant female figures in modern design who worked in Austria, Germany, the Soviet Union, and Turkey in the 1920s and 1930s. These decades of professional work were marked by a drastic break between 1940 and 1945, when Schütte-Lihotzky was interned for her participation in the Communist resistance against the Nazi regime. Her recollections from the years of internment became the subject of the 1984 German-language book “Erinnerungen aus dem Widerstand (Memories of the Resistance).”

In this episode, Sophie Hochhäusl discusses her book “Memories of the Resistance: Margarete Schütte-Lihotzky and the Architecture of Collective Dissidence, 1919-1989,” which explores the architect’s book as a critical historical document that exemplifies the spatialization of organized dissent in the 1940s. It provides a glimpse into resistance as lived practice and how dissent became activated by solidarity and collective action.

The episode was recorded following Sophie Hochhäusl’s Detlef Mertins Lecture on the Histories of Modernity at GSAPP on February 24, 2020.