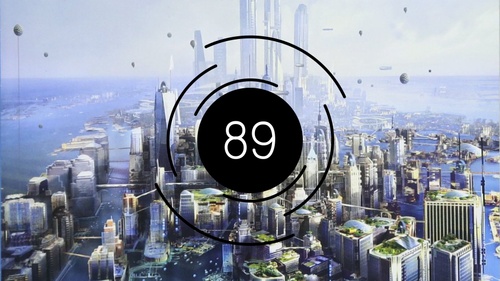 In episode #89, GSAPP’s M.ARCH student Isaac Kim and School of the Art’s MFA student Benjamin Eckersley speak with author Kim Stanley Robinson. Robinson is a New York Times bestseller and winner of the Hugo, Nebula, and Locus awards. He is the author of more than twenty books, including the Mars trilogy and the critically acclaimed 2312, The Years of Rice and Salt, and New York 2140.

During the conversation, Robinson embraces the proposal for a Green New Deal and connects his science fiction writing to the growing political movement. He discusses how imagined scenario building and alternative societies might empower communities to be more proactive in responding to the reality of climate change. He also shares with us his long-term interest in architecture and how the built environment provides contextual and historical details in his own fictional writing.

The episode was recorded prior to Robinson’s participation at a Columbia event on February 18, 2020. The discussion was organized by the Earth Institute’s Initiative on Communication and Sustainability, the Brown Institute for Media Innovation, and the Temple Hoyne Buell Center for the Study of American Architecture, where it forms part of the ongoing project, “Power: Infrastructure in America.” For more information, including an essay by Robinson on the Green New Deal, see power.buellcenter.columbia.edu.

This podcast was produced and edited by Sritoma Bhattacharjee and Yulin Peng.