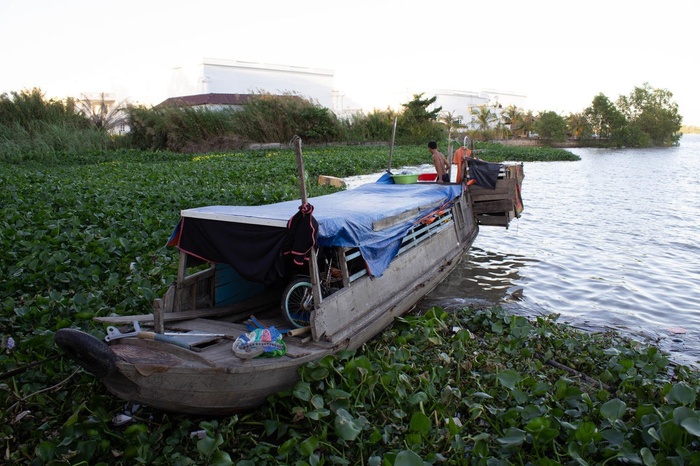 The Columbia UD Program is welcoming 2019 with two Spring semester study trips – underway as you read this – to Can Tho, Vietnam, and Pune, India. We are grateful for our collaboration with local university partners and 100 Resilient Cities. Both sites require creative thinking about ecological hurdles, temporal migrations, resource conflicts, and growth trajectories, all of which challenge ideas and practices of designing for resilience. Stay tuned!

The Fall semester studio concluded with thought-provoking projects that explored the question of “regional” relative to the cluster of cities, towns, farms, and infrastructures in the Mid-Hudson Valley. Student work expanded on ideas of justice and equity to guide multi-scaled interventions in urban, suburban and rural communities. The studio, led by long-time adjunct faculty (and MSAUD graduates) Justin Moore and Lee Altman, caps many years of dedicated teaching. Beyond the studio, the program hosted a signature new seminar called “The City and What it is Not,“ taught by Dilip da Cunha – author, most recently, of The Invention of Rivers. Students created rich studies of the ways in which water courses shape, and are shaped by, patterns and systems of human habitation.

As always, we want to hear from you – what are you doing, seeing, hearing? Send us links, articles, and events so we can share new forms UD urban practice with the global UD community. And, please help us help our graduates as they enter the professional realm, let us know if there are new opportunities near you.

The Fall City-Region UD studio (as noted above) has been working in the Hudson Valley for quite some time and this semester we looked at the City of Hudson and Columbia County. In past years we’ve engaged with cities like Newburg or Poughkeepsie, with populations of about 30,000, and while we have always looked beyond the city boundaries, Hudson’s population of 6,000 pushed us to look to the ecological and agricultural systems “a stone’s throw” from Warren Street, the city’s main street. We asked students to seek out local partners and ask questions, to work with often-conflicting voices, communities, and agencies, and to find new ways of creating better places, services, and infrastructures. The final review was, as always, a thrill, and we held a Pop-up Exhibition in Hudson to showcase and talk about the student proposals.

Looking ahead to the Spring semester, we’re excited by the expanded range of options for Urban Design seminars, including Damon Rich (of Hector Design) teaching “Contested Sites,” tracing community, political, and professional struggles through which places undergo change, and Anthony Acciavatti teaching “Out of Date,” a study of historical what-ifs on the role of patents in shaping human innovation and experience. Assistant Director David Smiley will be teaching his “New Town to Smart City” class, about which he’ll be speaking at the “Urban IQ Test” conference at the University of Toronto before the semester even begins.

The HVI had a productive Fall, working with several organizations in the Valley, both in and beyond the classroom. In Newburgh, NY, HVI is collaborating with Scenic Hudson and the City of Newburgh to develop a toolbox of design, stewardship, programming, and maintenance options for city-owned vacant lots as part of the city’s comprehensive Open Space Plan. In Hudson, NY, HVI is working with Friends of Oakdale Lake to improve the lake’s ecological conditions as well as recreational opportunities for city residents and, in particular, for participants in the Hudson Youth Department summer program. Finally, HVI completed a report for the Eutopia Foundation, framing the design parameters for an experimental community in Columbia County that addresses the challenges of climate change. The HVI work offers scenarios and models of environmentally, economically and socially sustainable living and working.

Center for Resilient Cities and Landscapes

This Fall, Associate Director Johanna Lovecchio hosted a screening and discussion, sponsored by the Van Alen Institute, of “Turning the Tide in Miami,” which focuses on climate and flood resilience in South Florida. Thad Pawlowski, Managing Director, was invited to speak at the Parrish Art Museum on Long Island after a screening of the film “This Changes Everything,” about climate activism inspired by Naomi Klein’s book. In November, Pawlowski also met with representatives from the U.S. Department of State from various countries in the Middle East to discuss projects and conditions ranging from population growth, environmental needs, and local infrastructures. Finally, CRCL and 100 Resilient Cities partnered with the Great Barrier Reef Foundation for a new Resilient Reefs project to integrate coral reef managers, global climate experts, and community stakeholders to integrate resilience into the management of UNESCO World Heritage coral reef sites.

Across the Fall semester, the UD program sponsored a series of school-wide lectures as well as program-specific activities.

Lee Altman, with a team from SCAPE team, held a visioning workshop for the waterfront of Pensacola, Florida, as part of the city’s CivicCon series. Lee Altman and Justin Moore participated in the AIA’s Justice Summit in New Orleans earlier this Fall.

Justin Moore served on the “Shifting the Future” panel at the Smithsonian National Museum of African American History and Culture symposium, “Shifting the Landscape: Black Architects and Planners, 1968 to Now.”

Kate Orff lectured at Kent State, University of Virginia, and participated in a book talk with Eric Klinenberg and a panel discussion at the Atlantic Water Summit. Of course, you can see Kate’s office work here.

Grahame Shane attended a PhD workshop at the IUAV in Venice, a conference at the École Polytechnique in Laussane, and he participated in lectures and juries at the University of Texas, Arlington as well as MIT and Harvard. Two of his essays were recently published in edited books (both by Routledge), one titled the Chasing the City, edited by Jeffrey Nesbit and Joshua Nason, the other titled Research Companion to Landscape Architecture, edited by Ellen Braae and Henriette Steiner.

David Smiley presented his research on pedestrianization in the post-WW2 period at the European Association of Urban History 2018 conference, and in January will be presenting research based on his “New Towns to Smart Cities” class at the University of Toronto conference, “Urban IQ Test.”

Ned Cherry (‘71) writes that he co-designed two conservatory buildings at the Rio Grande Botanic Garden and is now a gardener there. Early in his career, Cherry worked with NYC’s own Michael Sorkin, and upon relocating to New Mexico, worked with Antoine Predock, Ricardo Legoretta, Jeff Harnar, and Edward Mazria. Cherry would like to mention that “on arrival to New Mexico, I applied for a job with the City of Albuquerque as an urban designer, but they didn’t know what urban design was, and forty years later, they still don’t.”

Stanley Stark ('75) is currently a supervisory Chief Plan Examiner at the NYC Department of Buildings, after working for many years at Haines, Lundberg and Waehler. Outside the office, he draws, and his views of NYC theaters are in the collection of the New York Public Library Theater Division. He is also the books editor and reviewer for Oculus, the journal of AIANY.

Manuel G. Mergal, AIA, LEED AP ('83), recently opened his own firm, Mergal Architecture & Design, which specializes in traditional urbanism and design. The firm does work in NYC and on Long Island, as well as the Dominican Republic and the Bahamas.

Peter Cavaluzzi ('86) works at Perkins Eastman and, most recently, completed the winning entry to the “Port Authority Bus Terminal: PANYNJ Design + Deliverability Competition,” also adopted by the RPA in their Fourth Regional Plan.

Ritu Mohanty ('99) is a Senior Advisor at Ratan J. Batliboi Consultants Pvt. Ltd., providing independent consultancy on key urban planning and urban design projects including the Wadala Monorail area in Mumbai, and a study for the master plan of Auroville in Tamil Nadu. She also teaches at the Kamla Raheja Vidyanidhi Institute for Architecture and Environmental Studies (KRVIA) and at Rizvi College of Architecture – her essay about KRIVA students’ work, and several examples, is here.

Priyamwada Singh (’06), founder of Common Ground Practice, has begun design work for a 40,000 s.f. wellness center and hotel in Leh, in the northern India Ladakh region, focusing on local building techniques and sustainable energy production. The firm has also completed and is currently engaged in various commercial, residential and art installation projects in Delhi, Patna and Hong Kong.

Dongsei Kim ('09) has been conducting research on borders and the Korean Demilitarized Zone, recently published as “Metamorphosis of a Zone” in the “Border” issue of Topos: The International Review of Landscape and Urban Design.

Mansi Sahu ('11), and her firm StudioPOD, is busy with work for the Bhavani Islands in Vijayawada, the Mumbai Metro line, and on streetscape designs in various cities in India. The firm has done well in several recent competitions, earning second place for the Cities of Tomorrow competition, first prize for the Eyes of the Canal competition, and first place in an invited competition for a University Campus in Jaipur.

Austin Sakong ('11) was promoted to Senior Associate at FXCollaborative where, most recently, he ran the renovation project of two buildings for Pace University (Manhattan). Recently taught “The Legible City” in the Department of Art History at NYU College of Arts and Sciences (and he co-taught our Urban Design Summer Studio last summer!).

Samarth Das ('13) has been working on the Nag River Rejuvenation Project in Nagpur, a collaboration with PKDas and Signes Paysages and Suez Consulting.

Arshia Chaudri, Andrew Hite, Nans Voron, Nour Zoghby (all '15) won the “Peoples’ Choice” and the “Jury Commendation” awards for their “Mighty Spaces” project, an expansion of their Spring, 2015, UD studio. The competition was organized by the Unfuse International Architectural Thesis Awards.

Abdulrahman Al-Ishaq (‘15) is now the Head of Public Art at Qatar Museums, and was formerly the Master Planning manager at Lusail City.

Despo Thoma ('16) is teaching a studio at New Jersey Institute of Technology with M. Staudt and S. David, focusing on Resilient Urban Ecosystems and Alternative Models for Mott Haven, New York. She recently joined the board of Greek Institute of Architects New York (GIANY). And see more about Despo below!

Shuting Han, Jianwei Li, Yinzhu Shen, Yicheng Xu (all '18) made the global shortlist for their entry to the “Cities for our Future” competition, as “Team Galaxy: Resource Scarcity,” for the Middle East and Northern Africa region.

And, last but not least, a Special Update about Columbia UD graduates working at the New York office of One Architecture and Urbanism. Travis Bunt ('10) has been the Director of the US office since its founding in 2015, overseeing resilience projects in New York, Boston, San Francisco, and Southeast Asia, while continuing to lead urban design efforts for the first phase of New York City’s “Big U,” aka, the East Side Coastal Resiliency project. He and Despo Thoma ('16) have just returned from workshops in Indonesia, where ONE is leading a team for a resiliency plan for the city of Semarang in support of the Dutch government’s Water as Leverage Program. Despo has also been the firm’s project manager and lead designer collaborating with BIG in San Francisco on the Islais Hyper-Creek project for the Resilient By Design: Bay Area Challenge. Shuman Wu ('17), is working on visualizing urban ecologies for the projects above, as well as for the East Harlem Resiliency Plan, Breezy Point in the Rockaways, and New Clark City in the Philippines.